On weekends, he would come in a little later but he always ate the same thing. I would have two bowls waiting on the table, filled with plain blueberries. He took coffee with heaps of ice — a lotta, lotta ice and always more ice than coffee — and 20 packets of Splenda with nonfat milk. He would even put Splenda on the blueberries. A long time ago, he used to throw the empty packets on the floor and we would get mad and say, “Larry! You can’t do that.” 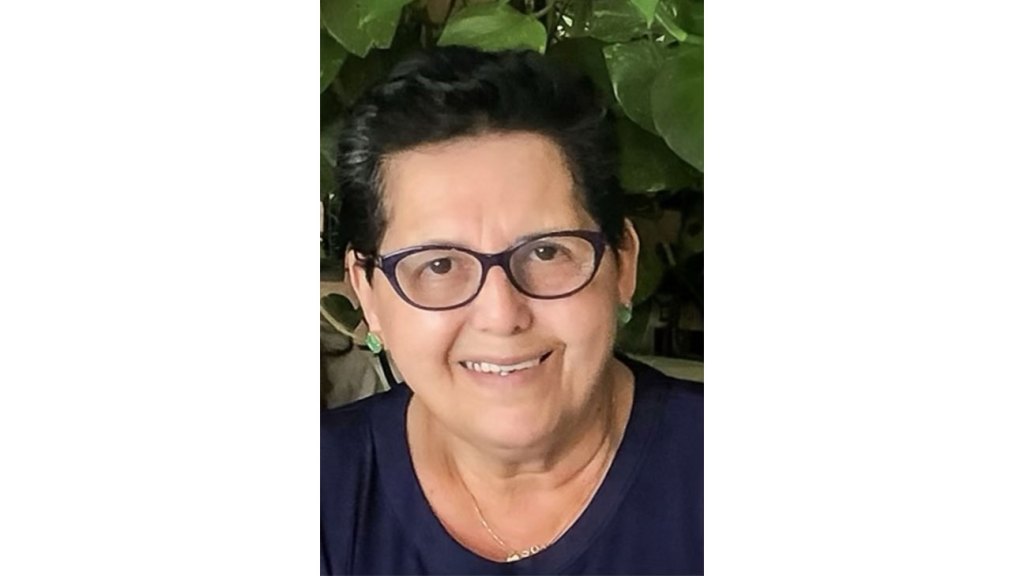 Then he would eat matzo brei burned. Or lox and onions burned. Finally, one day I had to ask, “Larry, what is wrong with you? Why do you eat all of this food burned?” He said, “Gloria, I don’t like the taste of eggs so I only want to taste it burned.” He hated eggs. About 20 years ago, he had another episode with his heart. After that, he developed a taste for oatmeal or cereal but he didn’t like regular cereal, only honey Cheerios. Maybe once a week, he’d treat himself to matzo brei or a burned bialy with one slice of Nova.

For Larry, Nate ‘n Al’s was like walking into his mother’s house. We weren’t servers, we were friends there to make sure he got what he liked. He had the same sentiment for the busboys; he loved the busboys. I met Larry 41 years ago. There was no Larry King Show on TV yet, just a radio show in Miami, Florida. I had just started working at Nate ‘n Al’s, and back in those days, we had a smoking section. Larry was a heavy, heavy smoker — he used to keep an ashtray in the shower — so he would sit against the wall in the smoking section, looking at the newspaper with his betting sheets to pick what horses he was going to bet on that day.

Gradually, his friends from school in Brooklyn started moving to L.A., and they would join him for breakfast as regulars. When he started with CNN, he moved to Washington, D.C., so we would go long periods of time without seeing him. But no matter what, when he was in L.A., he would come in. When he was visiting, he would always stay at Angie Dickinson’s house because they were friends. When he finally moved here full-time, he lived on Canon Drive and would walk over from his house, four blocks away.

I met so many people through Larry, and I was lucky enough to travel with him, too. Every summer for a while, he used to host a baseball game for charity in Utah, and we would go for the weekend. He knew Terry McAuliffe, the head honcho at the DNC, and we went to the convention the year with Bill Clinton and Al Gore. We had VIP seats. Every day was an adventure with Larry.

He stayed the same. Nothing, nothing changed for him [as he got more successful]. And he always introduced us to whoever he was with. He brought John F. Kennedy Jr. in once — he had the matzo brei, too — and he introduced us because he was proud. He was more than a customer, we were a part of his life. I went to one of his weddings, birthday parties, baby showers, kids’ birthday parties.

Larry was generous with everybody. He was a very generous tipper and always generous with his friends. He’d bring a group of 20 people, and nobody offered to pick up the check. He always paid, and I would tell him, “Larry, you don’t have to do that.” But he didn’t care. He had a house account and would sign the check and tell me how much of a tip to add. 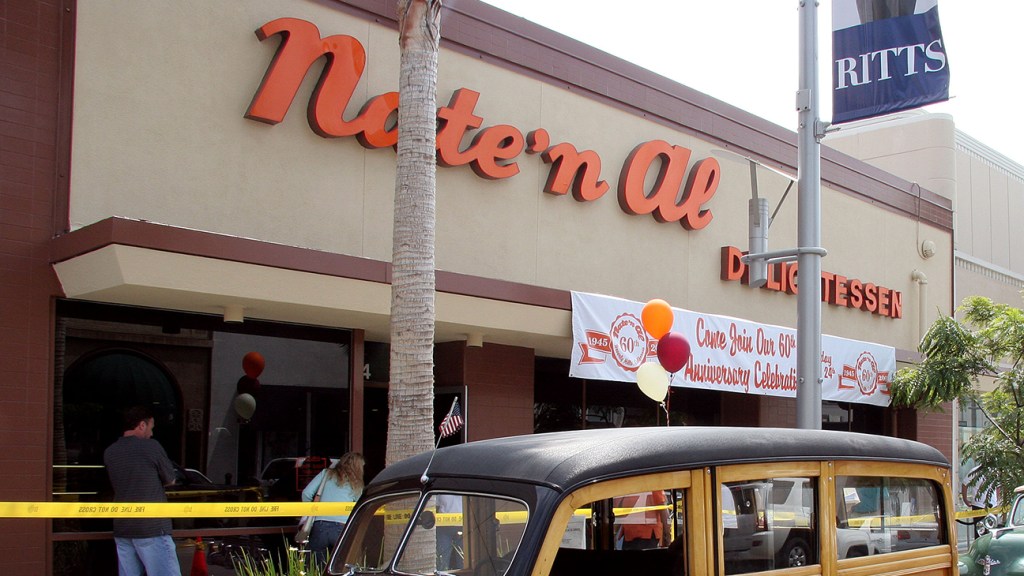 Before he married his last wife, Shaun, he brought her in. My good friend Kaye Coleman [a fellow Nate ‘n Al’s server] who everyone loved and Larry knew well, too, went up to Shaun and said, “You know, if you’re marrying Larry, you have to marry all of his cronies, too, because Larry is not going to leave them.” We knew Larry so many years that we knew his friends were more important than anyone or any wife. I don’t think she took it seriously. He loved his friends, and the sad part is, he was the last one alive. All of his kindergarten friends had passed, his friend Sid Young, two of his children.

The last time I saw him was a year ago before we closed down because of COVID. He was in the wheelchair by then. Later, he was sick and because of COVID, we couldn’t see him. I wish I could have said goodbye. My daughter in Bangkok called this morning to see if I was awake so I could turn on the news. When I found out he passed, I started crying. I just retired from Nate ‘n Al’s and now, losing Larry, truly feels like the end of an era.

If I could talk to him now, I would want to say so many things. Larry, thank you for all these wonderful years of seeing your face every day. A day without you was not a good day at Nate ‘n Al’s. I’m so proud that I got to see all the great sides of you and experience a great friendship. There will never be another Larry King, I will tell you that. He was a true mensch.

Jay Chandrasekhar Launches “Revenge App” to Give Power of Reviews, Recommendations Back to People