The lights were back on at the St. James Theatre — if only for less than 40 minutes.

On Saturday, the St. James Theatre opened doors for a performance for the first time in more than a year due, marking the first time a Broadway venue hosted live entertainment amid the COVID-19 pandemic. The show was part of NY PopsUp, a statewide initiative developed by producers Scott Rudin and Jane Rosenthal in coordination with the New York State Council on the Arts and Empire State Development as a way to celebrate and jump-start the arts.

It featured only two performers, Tony Award winners Nathan Lane and Savion Glover, performing for 150 masked guests (in a theatre with a capacity of 1,710). The audience was comprised exclusively of frontline workers at the Actors Fund and Broadway Cares/Equity Fights AIDS, and the performance kicked off a pilot program designed to serve as a model for Broadway houses to reopen safely. On-site, the St. James Theatre employed COVID-19 compliance officers to help ensure all CDC and NY DOH guidelines were met and/or exceeded.

Those who attended Saturday’s performance were tested prior to showtime or had to show proof of being 14 days past the completion of a vaccine series along with filling out a contact tracing questionnaire per the New York Department of Health. Meanwhile, NY PopsUp will continue to mount hundreds of performances through Labor Day as the city reemerges and business inches toward normalcy with many of the pop-up shows taking place outdoors or at unique “venues.”

Glover performed an improvised tap retrospective of Broadway numbers like “I Hope I Get it,” “Memory” and Black and Blue,” that curator Zack Winokur described as “an absolutely formidable and mind-blowing explosion of his phenomenal tap dancing with interpolations of spoken word and singing of Broadway shows and musicals.

Lane appeared solo to recite a monologue penned by Paul Rudnick titled Playbills, about a man who spent a year cooped up in his studio apartment while yearning to get back to a great passion of going to the theater. Said Lane in the monologue: “I love theater. I can’t explain it. It’s just when I have tickets to a show it lifts my whole day. It’s like a date with someone who might be wonderful, or might be boring, or might change my life forever.”

Interdisciplinary artist Winokur said it was overwhelming to experience the St. James Theatre show. He was particularly moved by seeing Glover remove the ghost light — a single bulb that burns whenever a theatre is dark — and start dancing. “It felt like the most moving and symbolic gesture,” Winokur said. “Everything feels like a first for the festival in many ways, and this was quite a momentous one.”

Winokur said that while there was so much joy to be had in seeing Glover and Lane share their brilliance on stage, he was also moved by seeing the entire community step back into their roles, whether that be house managers, technicians, stage crew, or ushers. “It’s a reminder of what a diverse community it takes to make that space as held and as beautiful as it ever was.” 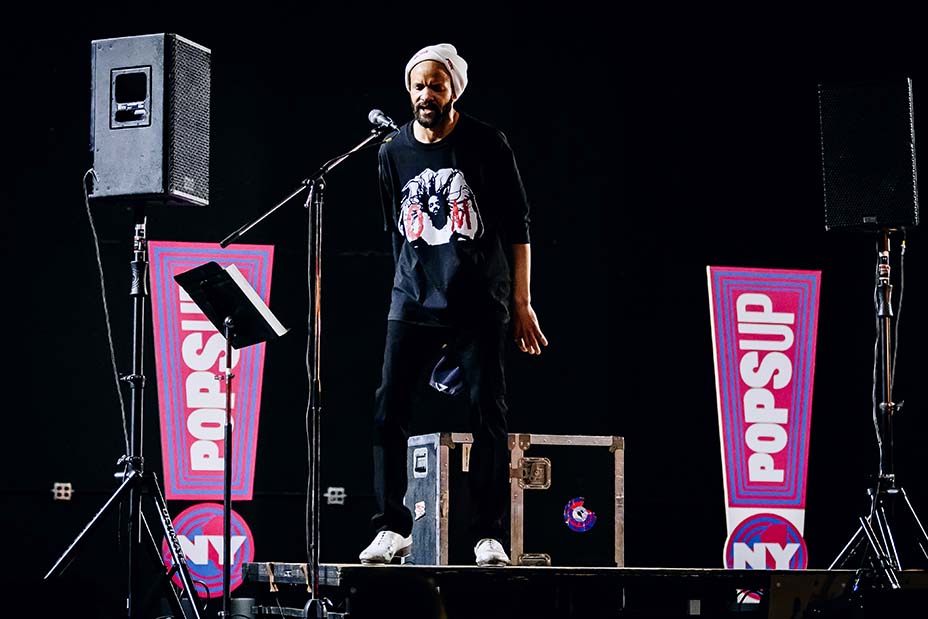 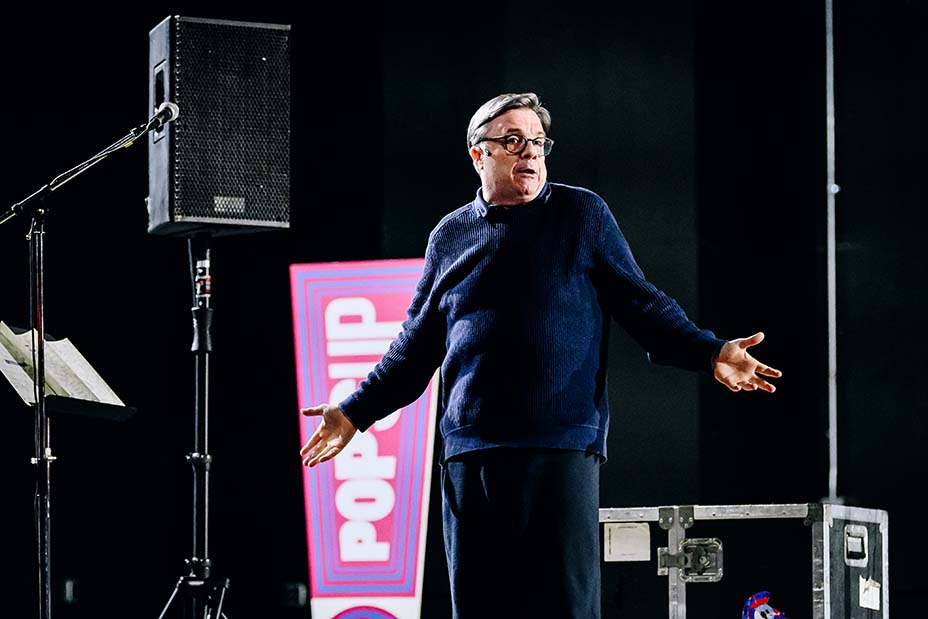