The NBC News correspondent assigned to cover the Trump campaign, Tur repeatedly was called out by Trump at rallies and news conferences (“third-rate journalist”), on Twitter (“dishonest reporting”) and in her sit-down interview with him in July 2015 (“You don’t even know what you’re talking about”). And when Trump went on the attack again in the waning days of the campaign, at a Miami gathering Nov. 2, Twitter erupted in support; #ImWithTur, a play on Hillary Clinton’s campaign hashtag, was trending nationally. “Obviously it makes me feel really flattered — but a bit unworthy,” says Tur, 33, of the wellspring of support; she previously has claimed to have the “hide of a rhinoceros.” But she also admits that it’s “a little scary” to be the target of such anger. 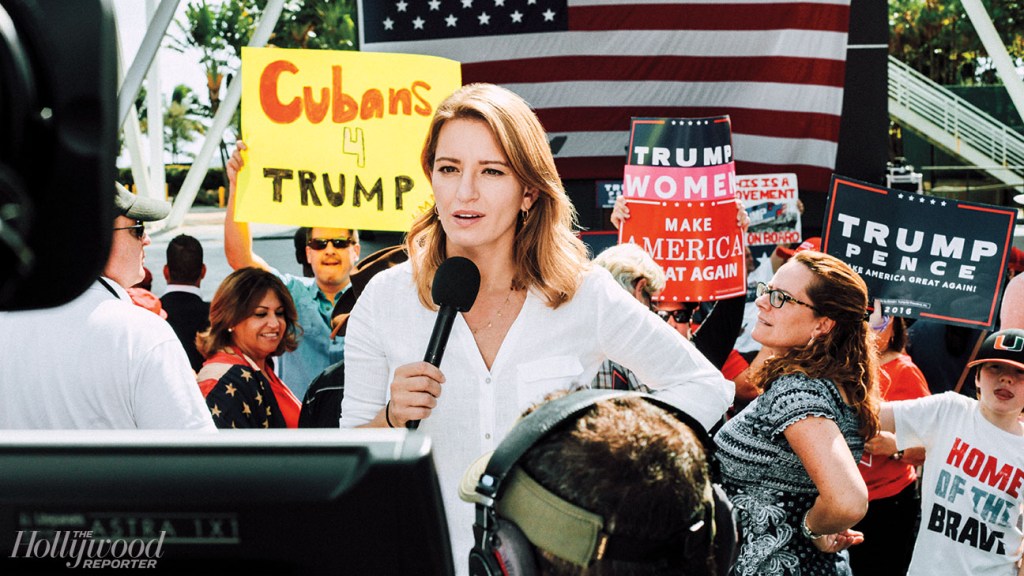 “He stoked that; he encouraged it,” she says. “People say we’re exaggerating the threat and maybe 99.9 percent of the people are only going to tweet at you.” Yes, she received death threats on Twitter. “It only takes one person to take it one step further,” she says. “And that is what is scary.”

Tur has TV reporting in her blood; her parents — her father flying the helicopter and mother working the camera — documented the 1992 L.A. riots, the O.J. Simpson Bronco chase and the beating of Reginald Denny. (Her father, Zoey Tur, who now identifies as female, was one of the breakout stars of ESPN’s acclaimed doc series O.J. Simpson: Made in America.) But Tur never aspired to the political beat. She was nine months into a gig as NBC News’ London correspondent when a “home leave” found her in the 30 Rock newsroom in June 2015 — at the exact moment that Macy’s executives announced the retailer would dump Trump in response to the his Mexican “rapists” speech announcing his candidacy. After she did two stories about the Macy’s-Trump affair, NBC head of coverage David Verdi assigned her to the GOP candidate full time.

Over the past 18 months, she has visited more than 40 states and made close to 4,000 live TV appearances. While Trump and his minions — notably Corey Lewandowksi, who on Nov. 5 accused her of aspiring to turn her coverage of Trump into a book deal — were persistent critics, her reporting was lauded by everyone from conservative radio host Hugh Hewitt to The Hill editor Niall Stanage. By the assessment of a top broadcast talent agent, Tur, along with MSNBC’s Hallie Jackson and CNN’s Van Jones, “are the three people who popped this cycle.” How much could this boost her asking price? “It’s always hard to quantify … but I’d say 30 percent, 50 percent? This has been huge for her.”

The bigger question is how Tur will spend her hard-earned campaign capital. “Does she want morning TV?” asks the agent. “I don’t see that for her, I see her more as a hard-news person. … There will likely be a reshuffling at NBC after the election, so that should position her well.” Says Tur: “Whether I want to stay in politics, that’s a question I haven’t answered. What I have loved about this election and will miss is I feel like I’ve found my voice as a reporter. I have found where I am best, and that is being a fact-checker and being fearless.”

Election 2016: Ana Navarro, Corey Lewandowski and What Happens to the Pundits Now