Noah Oppenheim’s career in TV news (with a stop in Hollywood along the way) began back in 2000, when he was a senior at Harvard. Chris Matthews and Phil Griffin (then his producer) were marooned on the Harvard campus because of a snowstorm. Waiting it out in the offices of The Harvard Crimson, “Phil read an article I wrote for the student newspaper,” recalls Oppenheim, 38, then the paper’s editorial chairman, “and ended up offering me a job on Hardball.”

He started right after graduation, in June 2000. “Technically I was a $12-an-hour production assistant. But Chris and I hit it off,” he says.

He would be promoted to senior producer and then go on to work on Scarborough Country — starring an erstwhile congressman from Pensacola — and then the Today show before moving to Los Angeles in 2008 and joining reality shingle Reveille. It was during his L.A. stint that he wrote his first screenplay, 2016’s Jackie, which earned an Oscar nom for Natalie Portman — though not for its screenwriter. “It sounds cheesy, but my experience was 100 percent pure, unadulterated gratitude,” he says.

A year before Jackie opened, he was lured back to NBC News to oversee the Today show, whose 16-year winning streak had been snapped by ABC’s Good Morning America amid a messy anchor transition. (Today has now led GMA in the critical 25-54 demographic for 19 consecutive months, while CBS This Morning is in its best competitive position for at least 29 years.) Then in February, Andrew Lack, chairman of NBC News and MSNBC, promoted him to president of NBC News. 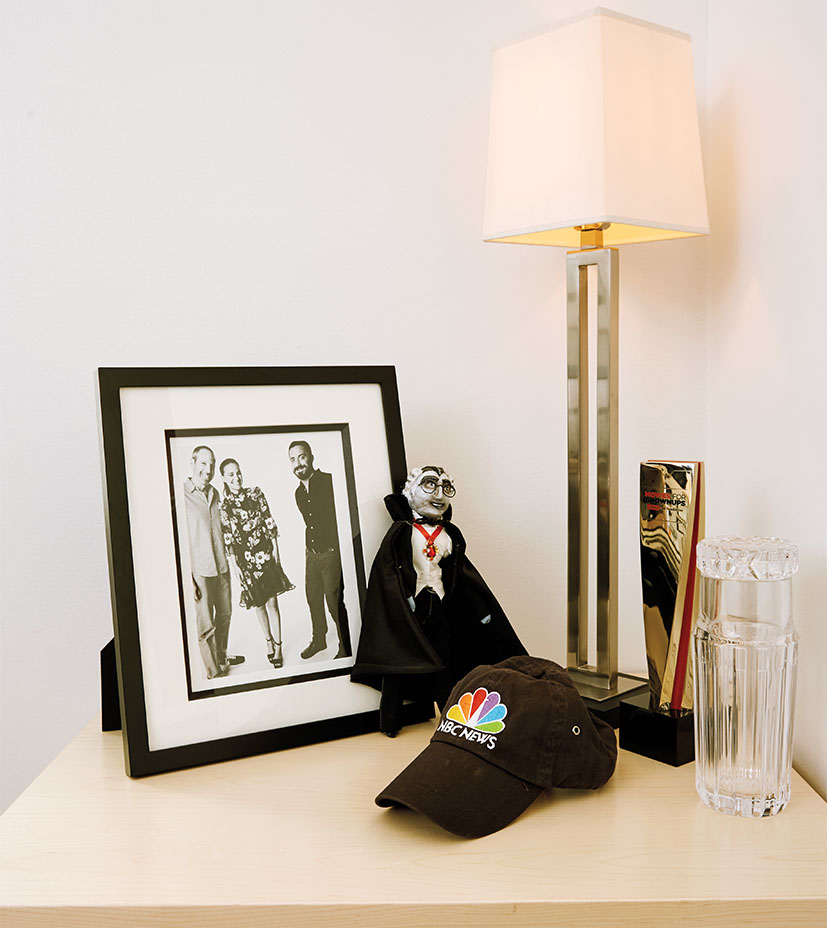 Now the married father of three (he has two sons, aged 8 and 18 months, and a 4-year-old daughter) has oversight of the entire NBC News portfolio and its 2,000 employees. This summer, he’ll be responsible for the most-scrutinized anchor move in recent memory when Megyn Kelly makes her debut with a tryout run of her Sunday night newsmagazine. That will be followed in September by her morning show, replacing an hour of Today, though Oppenheim says he has not settled on whether Kelly’s show will run at 9 a.m. or 10 a.m. He invited THR to his minimalist office at 30 Rock.

What was NBC’s pitch to Megyn?

It wasn’t so much a pitch as a conversation. We talked to her about her vision for the next phase of her career and how we might partner with her.

She has built a reputation for being a tenacious interviewer. How will that translate to a morning show?

She is tough and fair; there’s a place for that. We’re not giving enough credit to the morning audience to think that they don’t want those things. Her background is as an attorney, she’s a mom of three, and she has had a lot of experiences that will be relatable to a huge cross section of the audience in the morning. 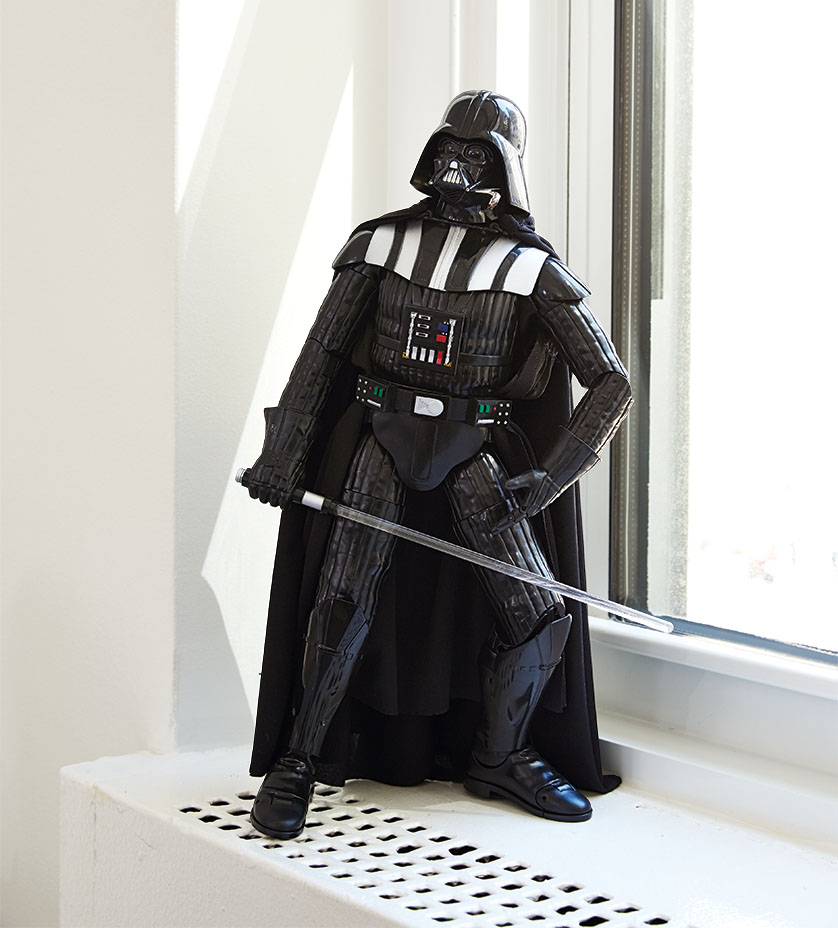 There is no contemplation of her having a regular role on the 7-to-9. She’ll appear on all the broadcasts of NBC News occasionally. If she gets a big interview, she’s going to present pieces [on different broadcasts].

Regarding her Sunday show, doesn’t 60 Minutes have a stranglehold on the 7 p.m. slot?

60 Minutes is an institution. No one here thinks we’re going to supplant it, certainly not out of the gate. That said, it’s a mistake to assume anyone has a stranglehold on anything long term.

Tamron Hall was said to be angry that Today’s Take was scrapped to make room for Megyn.

I don’t necessarily accept the premise of the preamble. But I will also say that I very much hoped that Tamron would remain with NBC News. We made her an offer that I think reflected our strong desire that she be part of our family moving forward, that would have given her a very prominent and substantive role here at the network. We were obviously disappointed that she chose to pursue her future elsewhere, and we wish her only the best. 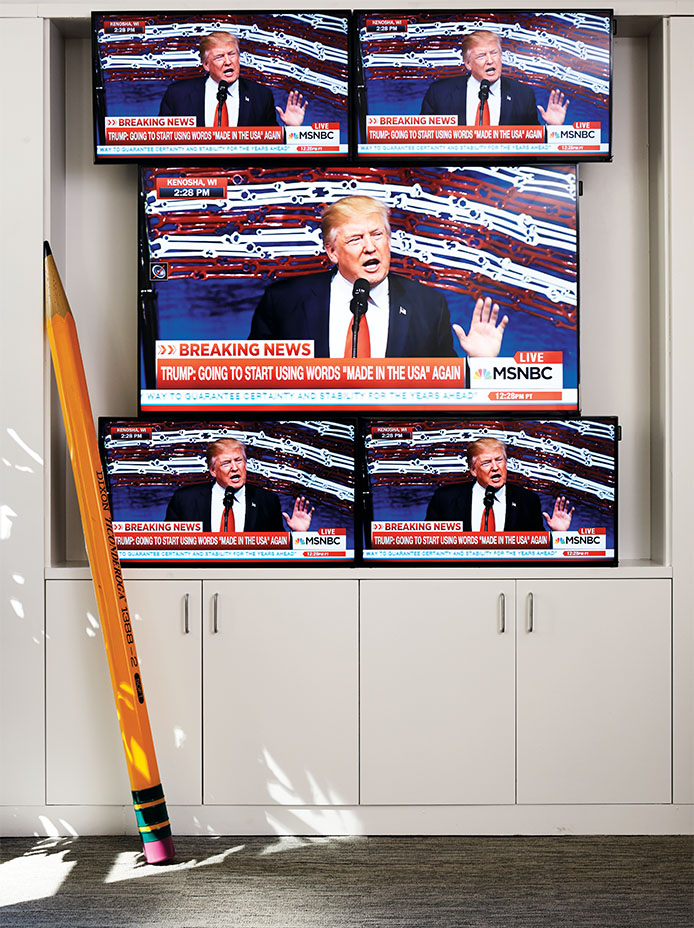 What kind of role did you offer her?

I’m not going to get into the details of the negotiation; it was a significant and substantive one.

Why did you decide to bring Billy Bush to the Today show? And any regrets about the way he exited NBC?

That feels like ancient history. Billy was a guy who’d had a long career with Access Hollywood, an NBC-affiliated program. I feel pretty confident that we acted as quickly and decisively as anyone.

CBS This Morning has grown its audience by more than 1 million viewers with the proposition that it is counterprogramming real news against GMA and Today,

For a long time there was no real morning offering on CBS. They’ve obviously, in the last few years, built a show that’s appealing to a largely older audience, and they deserve credit. But I would argue, on any given morning, there’s more news being talked about — and certainly more news being made — on Today than any other morning broadcast.

Ryan Kadro, the CBS This Morning executive producer, says he expects to be in second place soon.

He’s entitled to his expectations.

One of the most pernicious is the equivalency granted by many to the “news” they read on social media and the content produced by professional journalists. I cling to the old-fashioned belief that there are objective facts, and there should be a process and standards that govern how we ascertain them and how we correct our mistakes. Not everyone plays by those rules, and the confusion that results is frightening — not just for our business but for our democracy.

How does MSNBC’s ideological identity in prime time affect the perception of NBC News among potential conservative and independent viewers?

I think NBC News viewers are sophisticated enough to understand the difference between informed opinion in prime time and objective journalism. And as NBC News has powered MSNBC dayside, hard news reporting has become more of MSNBC’s identity.

The transition to Trump has been a boon for cable news but not for the legacy broadcast programs. Why?

There is probably a section of the audience that can’t get enough of political news. There’s a subsection that wants to live in the echo chamber of hearing their own beliefs reinforced. That’s fueling a lot of cable’s rise.

Has the administration’s combative stance with the media affected your reporters’ work?

I don’t think it’s healthy for democracy when the press is attacked in that way [by the White House]. But my advice to our [team] is to keep their heads down and do their work. We’re not going to allow ourselves to get sucked into a back-and-forth over who should be trusted. 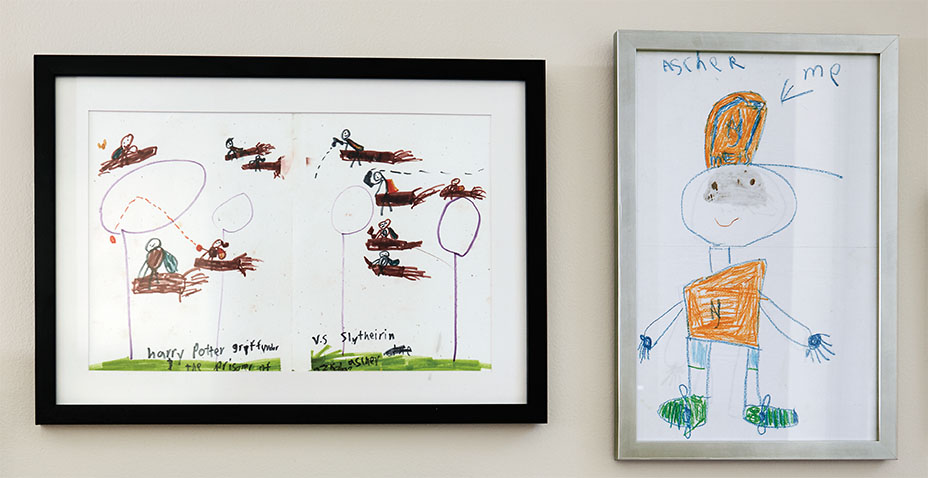 You worked at NBC during The Apprentice years. Have you met Trump?

I’ve met President Trump several times. In short, each time was … memorable. I’m sure more so for me than for him.

Do you think Trump’s tax returns will leak?

Oh, I have no idea. But I do think that we are right to keep asking for them.

Has the administration complained directly about anything?

This administration is not shy about voicing their displeasure. I have had contact with them. And I’ve made clear that if we get something wrong, I will be the first to insist we correct it. 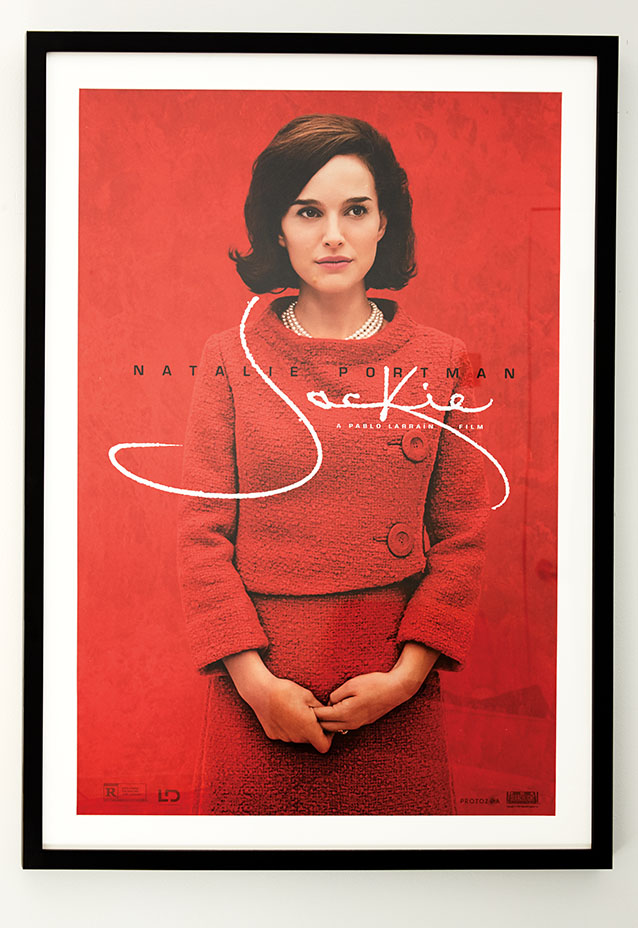 Do you miss being a writer?

I’ve been able to kind of keep it going, so I haven’t yet started to miss it. Making your living as a screenwriter is a very tricky proposition in the long run. If I’m moved to want to work on something, I can carve out the time.

What are you working on now?

I’m about to start work co-writing a new draft of Houdini, a project I originally wrote for Lionsgate several years ago. Dan Trachtenberg [14 Cloverfield Lane] just recently came on to direct so we’re freshening it up with the hopes of making it sometime soon.

How do you juggle that, your day job and your home life?

Like anyone, inadequately and always in a cloud of panic and guilt. 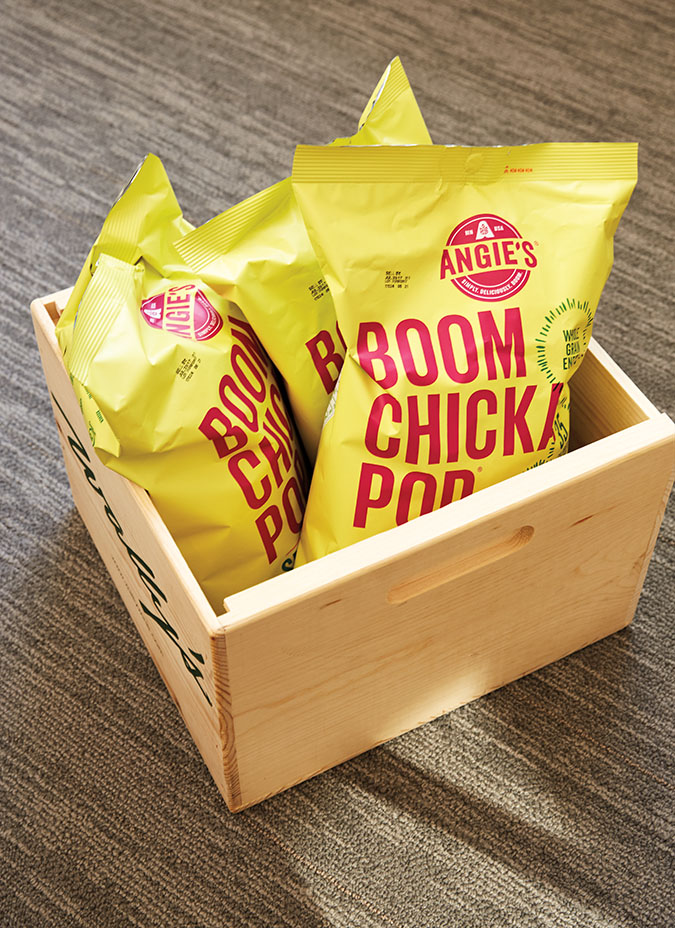 What book are you reading now?

Right now I’m reading a short novel by David Grossman, A Horse Walks Into a Bar.

Who is your favorite writer?

Joan Didion is probably my favorite writer of all time. They just published two unfinished essays of hers. One about a road trip she took through the South and another one about being sent to cover the Hearst trial.

Have you met her?

No. If I could have one bucket list lunch it would be with Joan Didion. I’m obsessed with her work. Someone told me if I walk around Central Park I might see her walking her dog. I don’t know. So, maybe I’ll stalk her.

Last question, if you were running Fox News, would you have brought back Bill O’Reilly? (Editor’s note: This interview took place on Tuesday, April 18, the day before Fox News ousted O’Reilly.)

Let’s just put it this way: If I were running any organization, I would never allow a culture like that to exist. 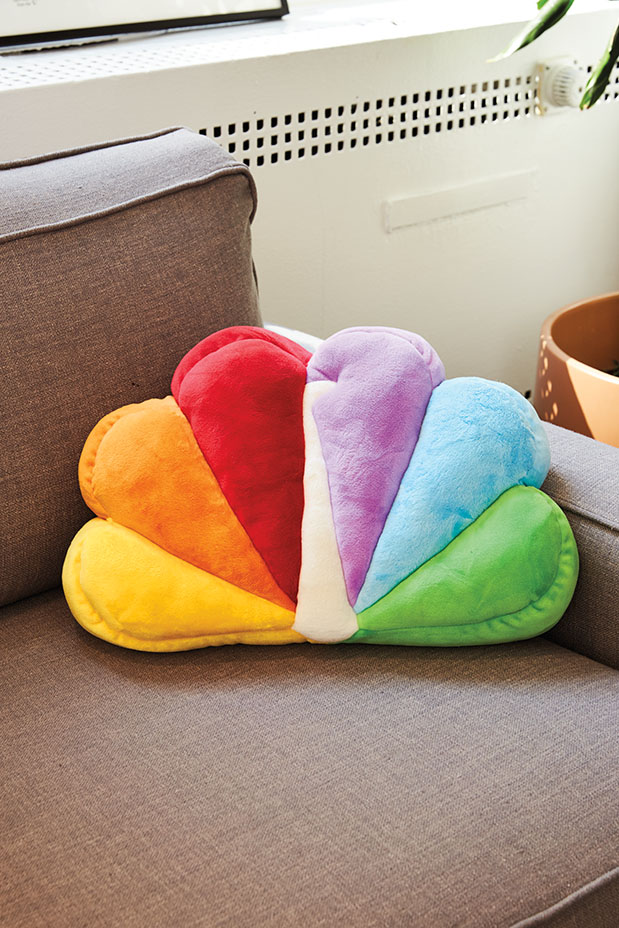