While Downton Abbey fans worldwide wait for the planned feature film of the British hit series, NBCUniversal International Studios and Imagine Exhibitions have opened Downton Abbey: The Exhibition in Singapore.

The immersive exhibit about the multiple-award-winning Carnival Films/Masterpiece co-production, which has been seen in over 250 territories and ended in 2015, had a soft launch last week and had its official red-carpet opening this week. It will travel to the U.S. in 2018 and is expected to hit other countries down the line.

With ticket prices starting at S$30.00 ($21.65), it wants to “connect visitors with their favorite characters, costumes and locations as well as showcase never-before-seen footage and historic moments.”

THR international business editor Georg Szalai spoke to Michael Edelstein, president of NBCUniversal International Studios, about how the idea for Downton Abbey: The Exhibition was developed, its creative and financial goals, where it may end up traveling and that planned Downton feature film.

How did the idea for the Downton Abbey exhibition come up?

There was a touring exhibition that we were partially involved in. It was such a success in the U.S. that it blew us away with how many people went. We thought there is really huge demand, there is a rabid fan base for the show, and this fan base is hungry for more Downton. And the more we thought about it, the more we realized it was a real opportunity.

Have you ever done exhibitions for shows before?

We have never done it. I can’t even think of anybody else who has done it. There are very few shows that I can think of that are worthy of a global exhibition. Downton just has a special, loyal fan base. We felt like there was really an opportunity to continue to deliver something to the fans even though the show is not on the air.

What do people see at the exhibition and how much does it go beyond the show itself?

We also deal with the history of the period. We deal with some of the technology of the period. So the exhibition is not just pure Downton. It’s Downton and all the other things around that period of time. We get into a bit of history, we get into a bit of technology, we get into social change, we even explore the rich American women that came over to Britain in the 19th century. There is a lot of immersive video and interactive stuff to bring things to life. We also built a lot of the downstairs and the dining room. The show has just been a remarkable gift that keeps on giving.

To what degree were the creatives behind the TV show involved in the exhibition?

The [executive producers] had influence over the show — Gareth Neame, Julian Fellowes and Liz Trubridge. We used the production designer and costume designer from the show. And then we worked with a company that helps imagine what these shows look like. And of course, we weighed in on everything. A lot of people really worked on it and weighed in.

Can one expect that an exhibition like this is also an added revenue stream in addition to being a way to allow the show to live on? And any thoughts on where it could travel beyond Singapore and the U.S.?

We wouldn’t be doing it if we didn’t think we could make money. We had two motivations. We wanted to give something to the fans, and we thought it could drive revenue for the company. It is going to travel to America and Australia. We feel there is big demand for it, and hopefully it’s something that will tour for years and years.
We are getting calls from all over the place. There is interest from China, from Macau and more. A lot of it is still to be determined.

The reason why we ended up opening in Singapore was we knew we had a strong fan base in Asia, the Marina Bay Sands is a beautiful venue and we mostly built the show in Singapore and Malaysia with a company that builds beautiful museum exhibits. So a few things came together that made Singapore the ideal first place to launch. 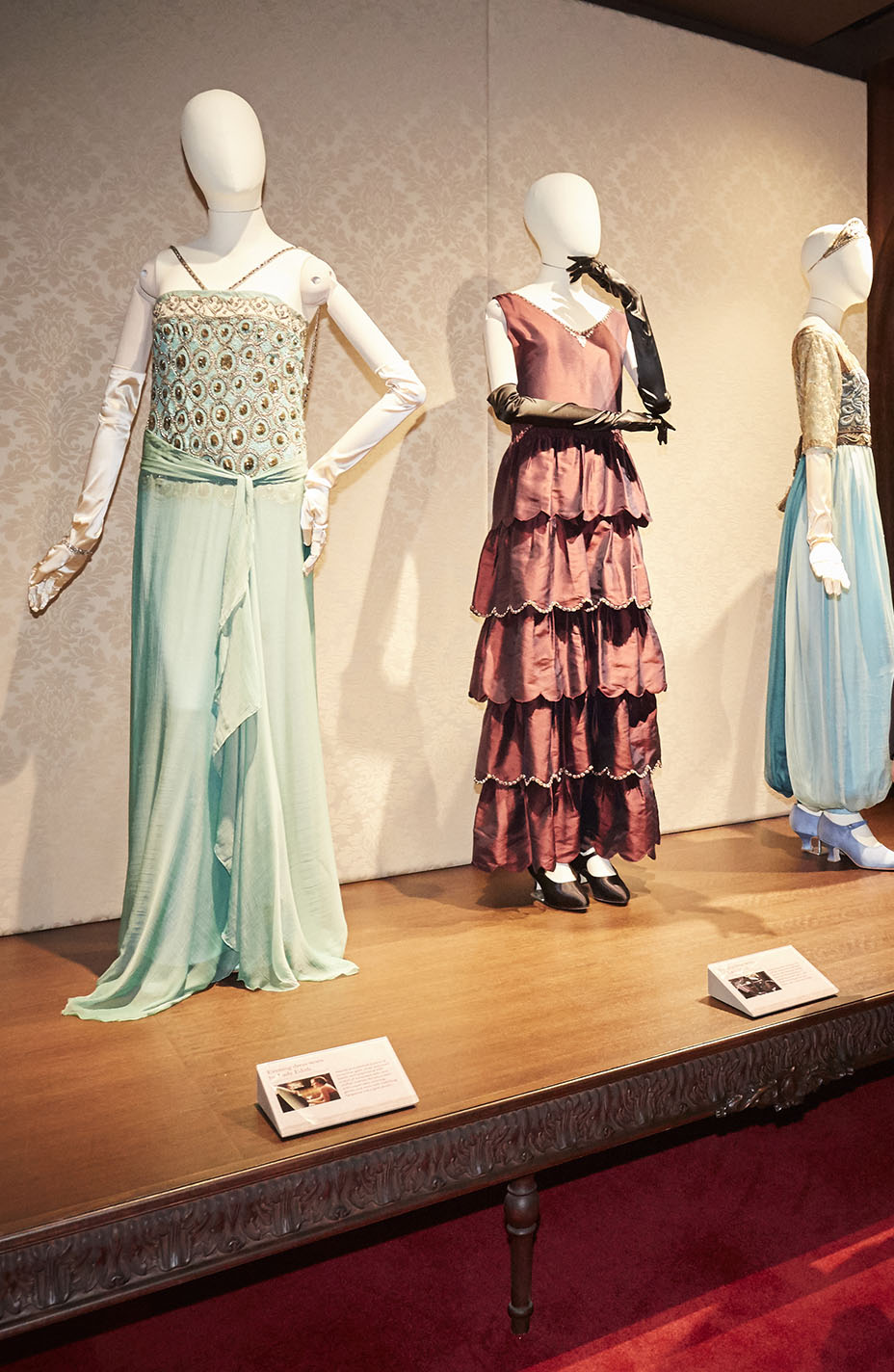 How about Britain as a possible future place for the exhibition?

We would love to park it in Britain. One of the things we have learned about Downton Abbey is that selling Britishness to British people is not as interesting as bringing the British experience to Americans. PBS normally does not get 12 million viewers on a Sunday night, but this show managed to strike a chord in America that caught everybody by surprise. And no British drama has really done it since, so we feel like America is really the big opportunity. But essentially when the show is done touring, perhaps we park it in the U.K. as a wonderful tourist attraction if we find the right venue.

Any insight into ticket sales you can share yet?

It is very early days. So far so good on ticket sales. We didn’t really come here expecting massive ticket sales. The impetus was being able to put the whole show up and watch audiences interact with it. It’s like when Broadway producers put shows first in Chicago and La Jolla. For us, Singapore is really an opportunity to put the show up and have a look at it.

Who is the main target audience?

Our target audience are the Downton fans and people who are partners of Downton fans. The good news is there is so many of them. We feel there is a big opportunity with this exhibition to reach people who are dying to see it. Everywhere you go in the world, there is a population that just loves the show. We are going to take the show into markets where we think we have a rabid fan base. And it is a proper museum show. It is a beautiful and very well produced museum experience.

Do you offer merchandise to sell in a museum shop or so?

Like for any good museum show, there is a proper gift shop. There is even a tea shop where we serve proper English tea with finger sandwiches and the whole thing. It’s a lovely way to spend a morning or afternoon, and it’s family-friendly.

You said the other day that the Downton Abbey feature film is still planned and could go into production in 2018. Tell us a bit about the film plan and the challenges to pull it off…

We are all very interested in doing a Downton movie. Julian is working on a script. The other piece is trying to line up 20 actors. Getting everybody back together is never easy. But the goal is to make a film.

How key is it in the digital age to extend life beyond the screen and offer an in-person experience like this?

If you look at the television landscape, people watch live events. If you look at sporting, people go to events and they watch them on TV. I think people are always looking for an interesting way to spend an afternoon, and our show provides tremendous value. There is so much to look at. It is kind of a must-see exhibit for any loyal Downton fan. It really celebrates the show, brings back great memories and teaches you some things.