Harvey Weinstein, the decades-long sexual predator who deservedly has been banished from Hollywood and sent into exile, was clearly a man in the grip of some deep, dark, ominous force. Others have identified that force variously as the antediluvian male prerogative to subjugate women, the hunger for power, the thrill of intimidation, sex addiction. But I suspect he had another demon inside him, one with a long Hollywood pedigree: Harvey Weinstein fancied himself an old-style, hard-charging movie mogul, a Louis B. Mayer, a Jack Warner, a Darryl Zanuck, a Harry Cohn, and fought hard to cultivate that image with all the ugliness it entailed.

He succeeded. He was the last old mogul. It became his undoing.

Like Weinstein, the titans who founded the studios and ran them for 30 years were not known for self-control, politesse or consideration. They are usually seen as vulgarians, men without taste or temperance, shouters who ruled by fear, heathens who demanded women trade their sexual favors for the moguls’ professional ones. Zanuck ordered female contract players to his office for afternoon liaisons. Mayer pursued starlets and was accused by one of Judy Garland’s biographers of having groped her. Warner was a compulsive womanizer who would ask of directors about prospective actresses: “Would you fuck her?” 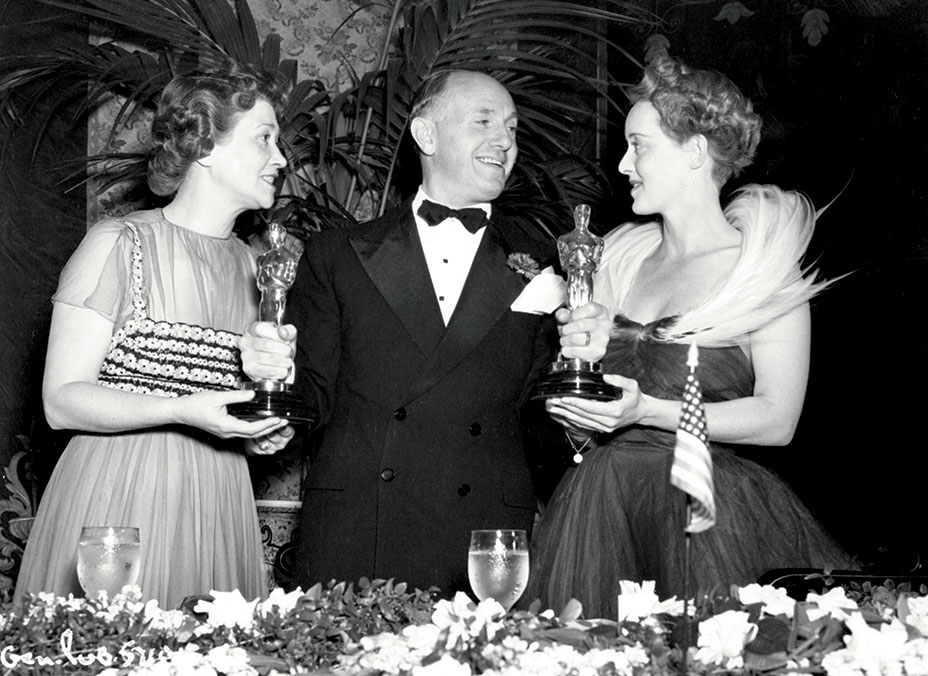 For the moguls, living outside behavioral norms was a powerful device — a way of imposing one’s will on others and of establishing dominance in a competitive and chaotic industry. Hollywood operated on social Darwinism. The spoils went to the ruthless. But brutishness also was a kind of vengeance, a way to redress what the moguls, having grown up marginalized and in poverty, felt were a lifetime of disadvantages. No doubt, they thought their circumstances justified their awfulness. Tyrants usually do. They made great movies but left a battlefield strewn with victims, mainly women. I doubt those men cared. It was the cost of doing business, the cost of raising one’s status and maintaining power.

Weinstein couldn’t help but identify. A former employee of his told Peter Biskind, who wrote a book about Weinstein’s business rise, that Weinstein “does want to be a padrone, an old Hollywood mogul.” His ancestors, like those of most of the moguls, were Jews from Russia and Eastern Europe. His childhood, in Queens, New York, like theirs, was one of modest means. His parents, like theirs, were strugglers who lost the struggle. Weinstein told one interviewer that his father, a diamond merchant, died when Harvey was a child, which was untrue. According to Biskind, Max Weinstein lived to become an embodiment of failure to Harvey and his brother, Bob, while their mother, Miriam, pushed them to succeed by comparing them unfavorably to other neighborhood children. The name of the brothers’ distribution and later production company, Miramax, from their parents’ names, may have been as much a reminder as a tribute. Indeed, perhaps the greatest affinity between Weinstein and the old moguls was their desire to escape their pasts.

And yet Weinstein, like those moguls, knew how to use his past if it benefited him. He’d call himself an “outsider” and boast about how he would clean up the “corrupt” film industry, just as another Queens boy would later promise to drain the political swamp. He knew that in an industry dedicated to the promulgation of images, he had to purvey an image of power. Weinstein could be brutal and abusive, like a street tough. His tirades were legendary. So were his threats. When he didn’t like how Frida director Julie Taymor responded to a screening of the film, he snapped at her companion, “Why don’t you defend your wife so I can beat the shit out of you?” He put one reporter in a headlock, then bragged that he was the “sheriff of this fucking lawless piece-of-shit town.” He threw furniture. He sicced attorneys on foes. He fired employees for minor infractions.

Weinstein didn’t try to conceal this behavior. That would have defeated the purpose of it. Instead, he was proud of his conduct, including, it seems, his sexual predation. Even as he was forcing himself on women, he would brag about the famous actresses with whom he allegedly had relationships. As if to protect himself, he would ask his targets not to mention his advances (and worse), but he was never so discreet that his sexual aggression wasn’t common knowledge in the industry, just as aggression was when old moguls behaved similarly. Actress Emma de Caunes told The New Yorker‘s Ronan Farrow, “I know that everybody — I mean everybody — in Hollywood knows that it’s happening. He’s not even really hiding.” Which, in a way, was the point. He needed people to know he was going to fill out the image. 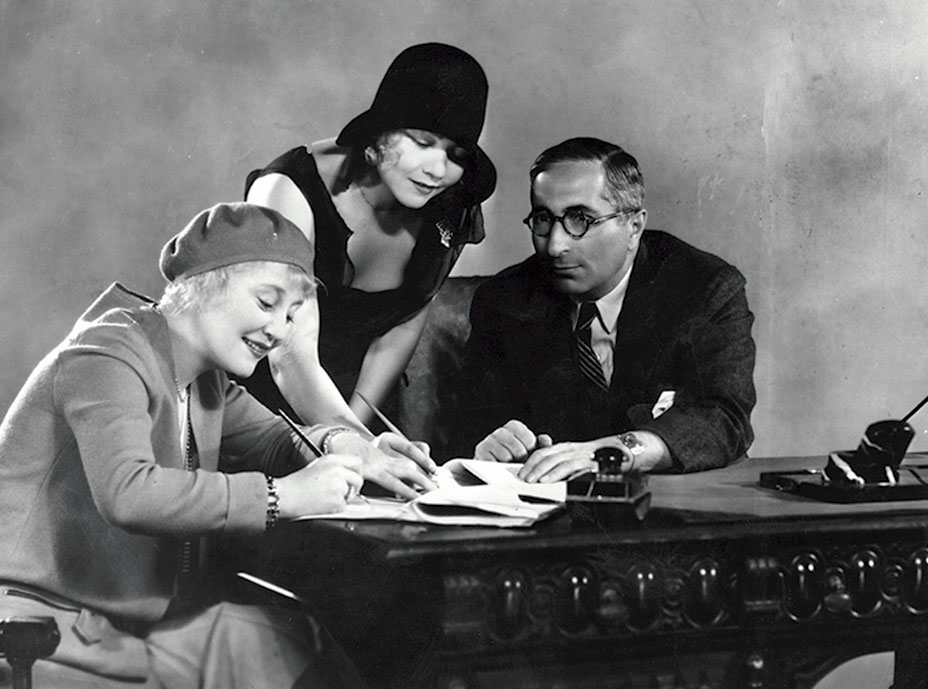 But if Weinstein played the role of the predatory mogul, the other part of this story is that his employees, colleagues, would-be collaborators, agents and some entertainment reporters played the role of enablers, just like the enablers of the studio chieftains in the old days. That’s why so many of the industry’s condemnations ring hollow. Almost everyone now speaking out about Weinstein says that they were afraid to do so before, afraid of what he might do to them. This, of course, isn’t endemic to Hollywood. It is the story of any powerful man who preys upon women in any industry and gets away with it through complicity and silence. But in Hollywood, where opportunities are limited and stakes are high, opportunism was as operative, I suspect, as fear. Women never had a choice. Men always called the shots. As for those men, a lot of them were content to sacrifice their morality for their careers. Weinstein counted on it. Moguls usually do.

The opportunism wasn’t necessarily about money. Weinstein had to be appeased because he made the kind of movies that people wanted to work on and appear in. That was his blandishment and his intended aphrodisiac. Like those famed moguls, Weinstein wanted Oscars to prove his worth and win admiration. He acted like Cohn, but he aspired to be the courteous, non-predatory MGM wunderkind Irving Thalberg, boasting as a come-on to one of his female prey, who professed a love of F. Scott Fitzgerald, that he was the last tycoon, the Fitzgerald protagonist modeled on Thalberg. 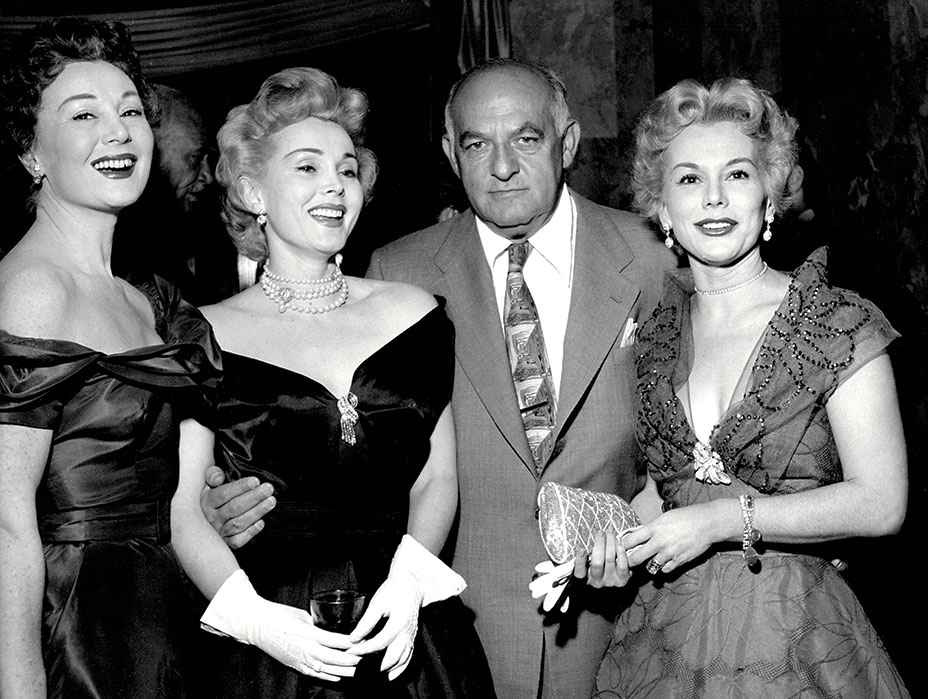 It is hard to square Weinstein’s boorishness and monstrous rapaciousness with his lust for respect, though both were a form of redress. He is, one exec told Biskind, a “roiling cauldron of insecurities,” comparing him to Richard Nixon, though Donald Trump might be a better parallel. Weinstein seethed with resentments that gave rise to his bullying, yet he yearned for the admiration of those he bullied.

But in his treatment of women, Weinstein may have been working out another resentment that the moguls would have recognized. Unattractive, ungainly, uncouth, he lived within a world of beauty and glamour to which he himself had creatively contributed, yet one to which he could never gain full admission, or, rather, could gain admission only through terror, abuse and bribery. The way he treated women was a way of evening the score against the beautiful and of fulfilling his dreams. 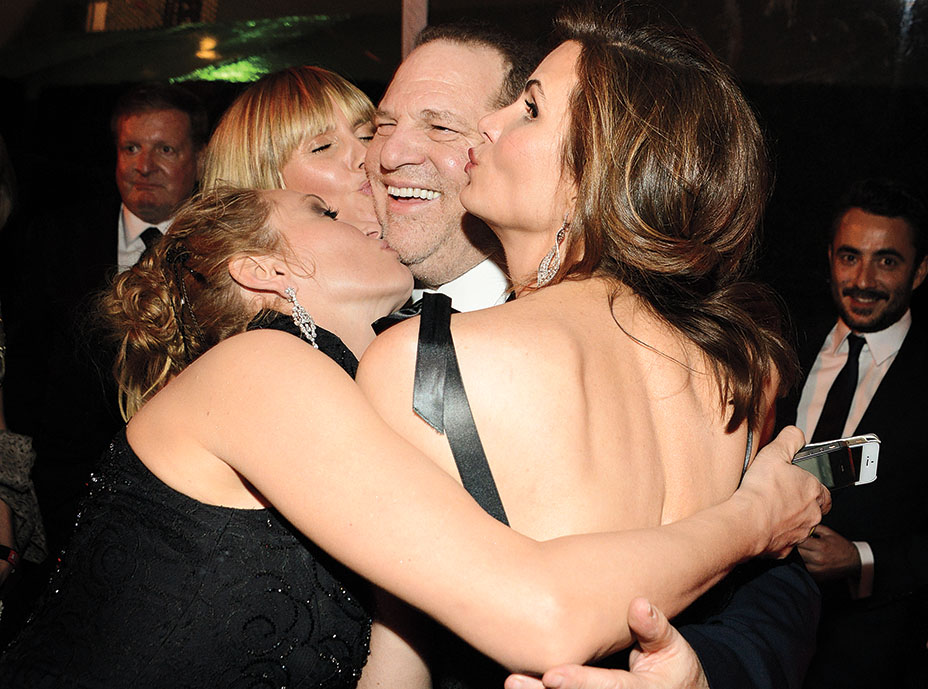 That Weinstein could be given license to get away with this seems incredible at a time when many movie executives have a supposedly rule-bound corporate mindset and a deportment to match. With his thuggish ways, he should have been a pariah long ago. Now, thankfully, he is, because a number of women had the courage to speak out. One can only hope that, as a result, he will become what he professed to be: the last tycoon.

Gabler is the author of An Empire of Their Own: How the Jews Invented Hollywood and four other books.

Harvey Weinstein in Cannes: Why the King of the Croisette Was Called "The Pig"