Mystery solved: The ‘Netflix is a Joke’ billboards that have been popping up in busy neighborhoods in both New York and Los Angeles in recent days appear to be an inside job, sources tell The Hollywood Reporter. And it won’t be long before the streaming service lets the rest of the world in on the joke.

Confused commuters, pedestrians and passersby started scratching their heads at the sight of the stark white billboards, free of branding and images and only stamped with text spelling out the short and seemingly insulting declaration. A handful of social media users posted about the billboards on Tuesday, which are now up in Studio City, at the corner of Robertson and Olympic boulevards, off the 405 in Santa Monica and New York’s Hell’s Kitchen, just to name a few. Eyebrows were raised with many fingers pointing back at Netflix because many of the locations had previously hosted billboards advertising Netflix content.

Several sources confirmed that Netflix is indeed behind the new campaign, which is said to be expanding in coming days and will feature several of the company’s A-list comedians together to promote their individual, high-profile specials in video spots. Those involved include Jerry Seinfeld, Chris Rock and Dave Chappelle. Along for the comedic ride will be Netflix stars like Kevin Spacey, who will be interacting with the comedians in character, THR has learned. Other Netflix stars are expected to make cameos.

As if to reinforce the notion that Netflix is in on the joke, the official Netflix Twitter account tweeted out a picture of the billboard with the a question mark comment.

The elaborate scheme may not come as a surprise considering Netflix’s considerable bounty in the stand-up space. In addition to Seinfeld, Rock and Chappelle, Netflix has offered an impressive string of specials with comedians like Louis C.K., Amy Schumer, Sarah Silverman and Tracy Morgan among others.

Up next: Seinfeld’s Jerry Before Seinfeld on Sept. 19. 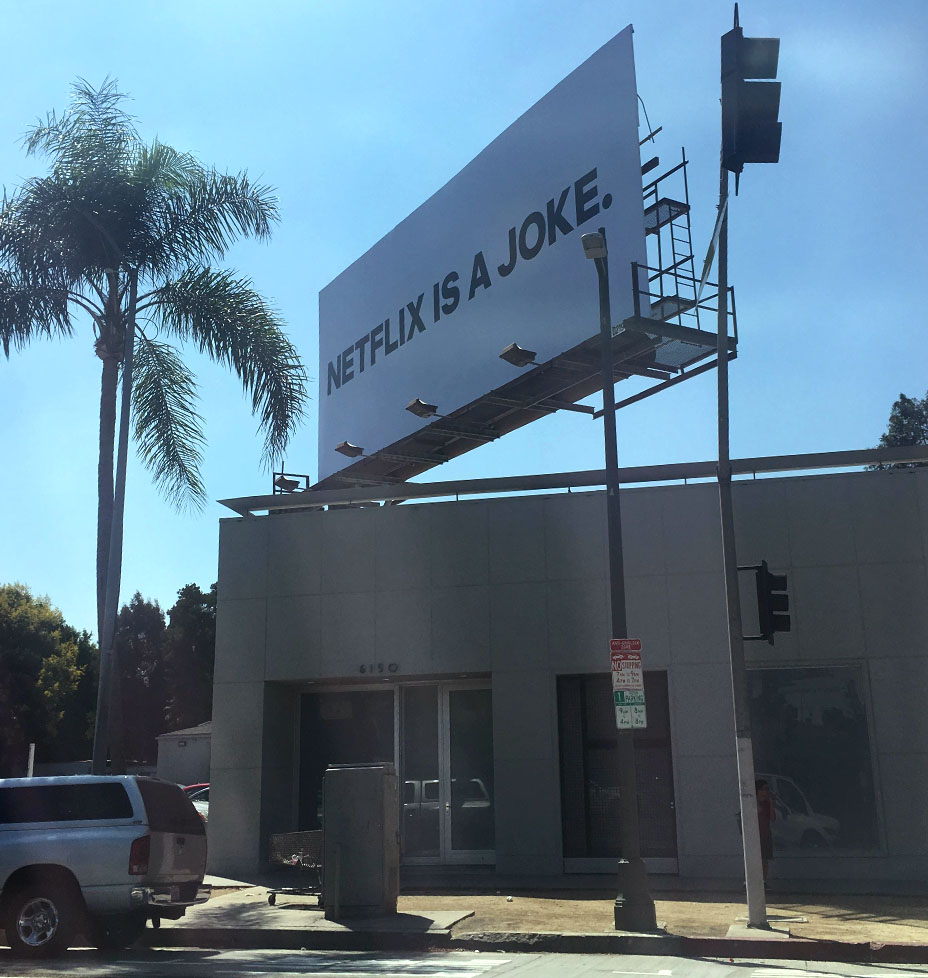 Hey @netflix what’s the “Netflix is a Joke” billboard about on Santa Monica west of the 405? Clever advertising or haters? #netflixisajoke