Continue to The Hollywood Reporter SKIP AD
You will be redirected back to your article in seconds
Skip to main content
October 13, 2016 6:15am

It originally was called The Morgue, the place where the everyday detritus of work life at Disney Animation — sketches, storyboards, cels, abandoned projects — was packed away when no longer needed. But after Walt Disney’s 1966 death, it was transformed into the Disney Animation library, a vast repository of the collective knowledge of Walt and his original core team of animators, the famous “Nine Old Men.” The 65 million-item collection — the world’s largest animation archive — became the high temple of Disney, closed to the public and visited only by authorized personnel (such as the animators behind 1989’s The Little Mermaid, who were inspired by storyboards from an unproduced 1930s version of the tale). But now, thanks to art book publisher Taschen, the library’s secrets are set to be revealed in a five-volume series of lush, oversize coffee-table tomes. Says company founder Benedikt Taschen, about this passion project that grew out of a dinner he had with Disney boss Bob Iger, “I fell in love with the ducks” in Carl Barks’ Donald Duck comics growing up in post-World War II Germany. That love led him to open a comic book store and eventually his publishing company. “My life might have gone in an entirely different direction without” Disney. 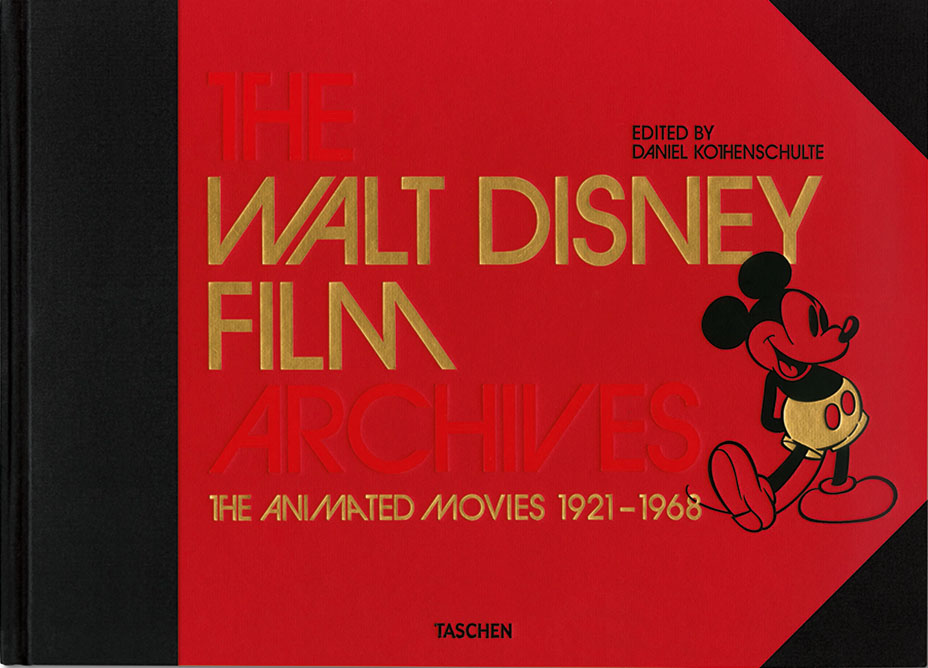 First up in October is The Walt Disney Film Archives: The Animated Movies, 1921-1968 ($200), which includes black-and-white preliminary sketches, full-color concept paintings, watercolors and production cels from such classic Disney films as Cinderella, Snow White, The Jungle Book and Fantasia. (Vol. 2 will focus on Walt Disney.) The book also offers behind-the-scenes photographs, production notes, musical scores and — best of all — transcripts from Walt’s famous story conferences. Readers can eavesdrop as the Disney founder debates Fantasia‘s music with composer Igor Stravinsky, hear him urge animators not to make Sleeping Beauty “too slapsticky” and puzzle out how to make Pinocchio‘s whale sequence more dramatic.

The most ancient items come from Laugh-O-Gram, Disney’s original Kansas City, Mo., animation studio, where Walt drew his first shorts, including those featuring Mickey Mouse forerunner Oswald the Lucky Rabbit. Some of the most intriguing discoveries, though, are found on the pages devoted to Disney projects that never got off the ground — such as a failed attempt in 1946 to coax celebrated painter Thomas Hart Benton into making an American folk-opera cartoon based on Davy Crockett, or a 1940s feature-length animated adventure about Hiawatha based on Henry Wadsworth Longfellow’s poem (40 years later the scrapped storyboards inspired Pocahontas). “There were things that I was familiar with from rumors,” says Daniel Kothenschulte, the book’s editor, “but I had doubts that they actually remained in the collection because I’d never seen pictures or anything. You have to understand, if you’re a scholar of Disney, it’s like going to the Louvre and going through the Leonardo collection. It’s mind-blowing for a fan.” 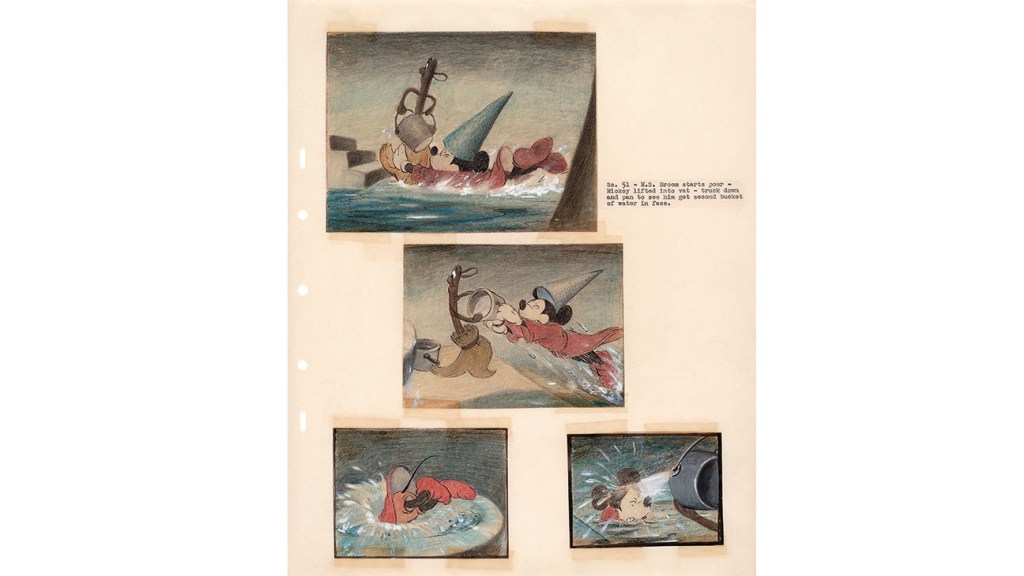 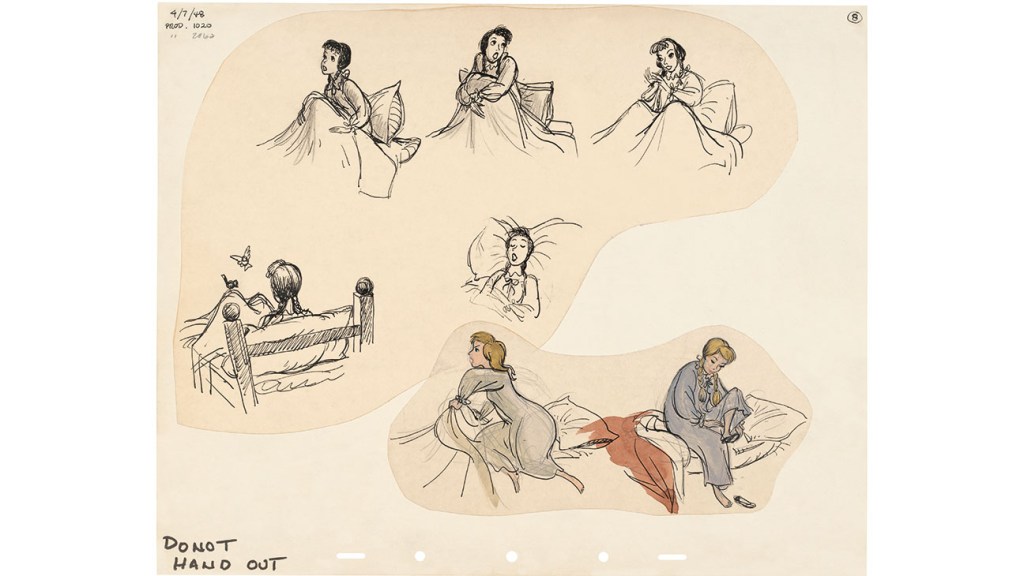 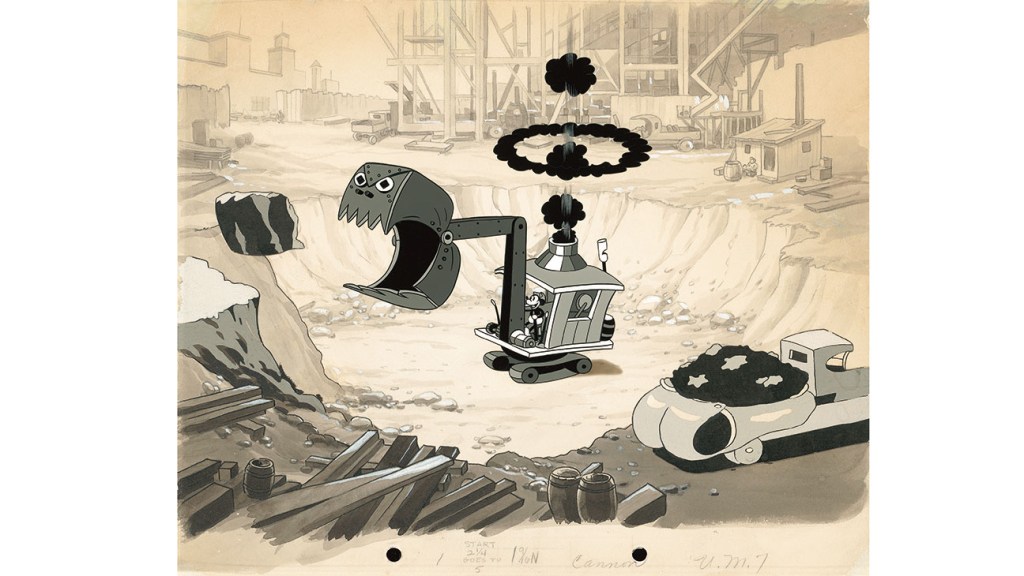 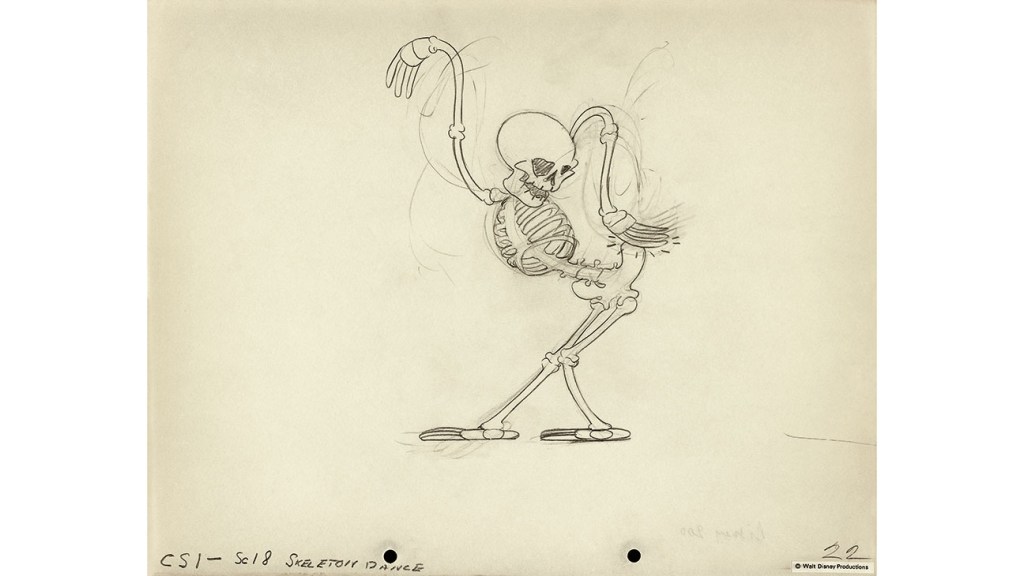 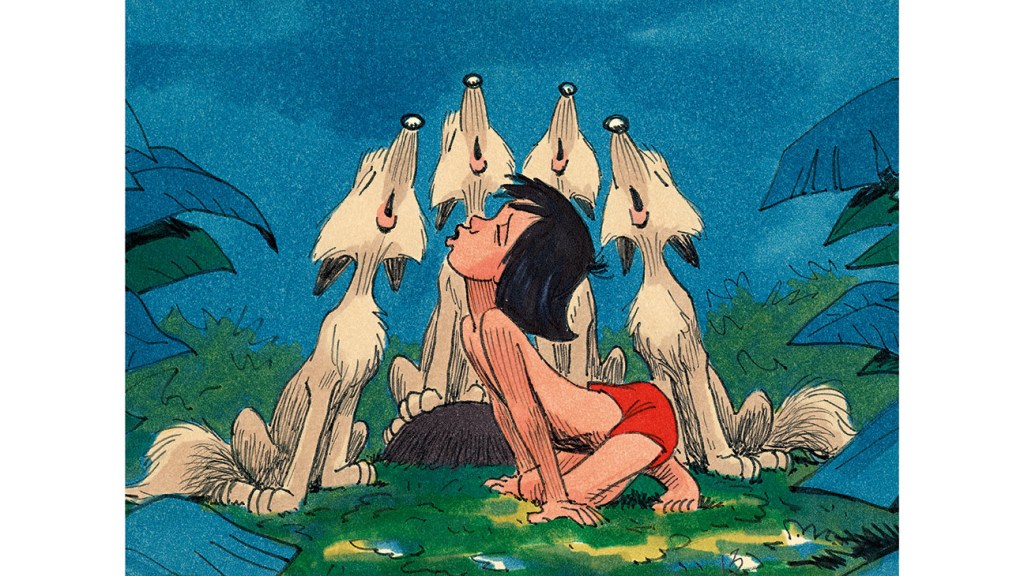 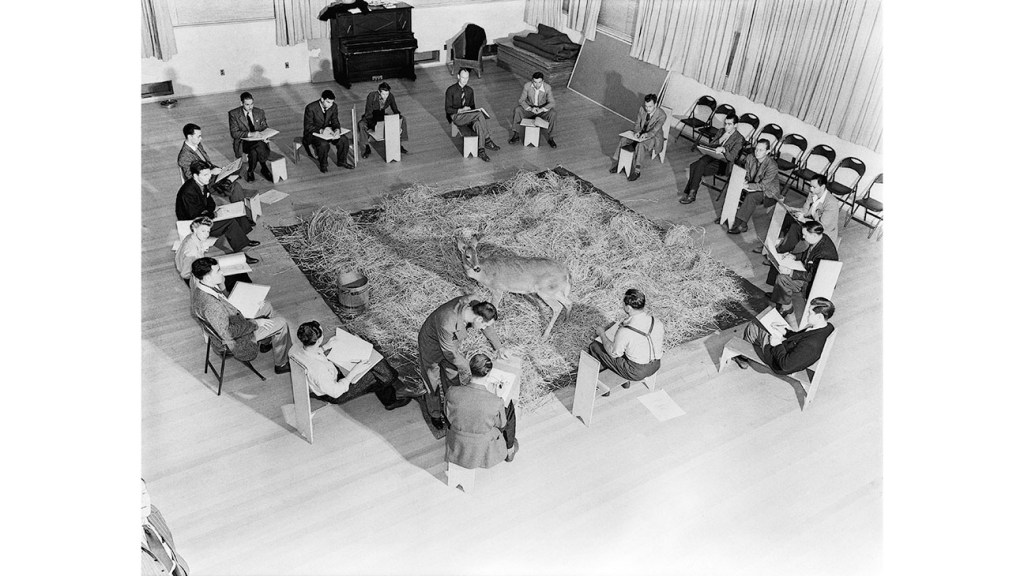 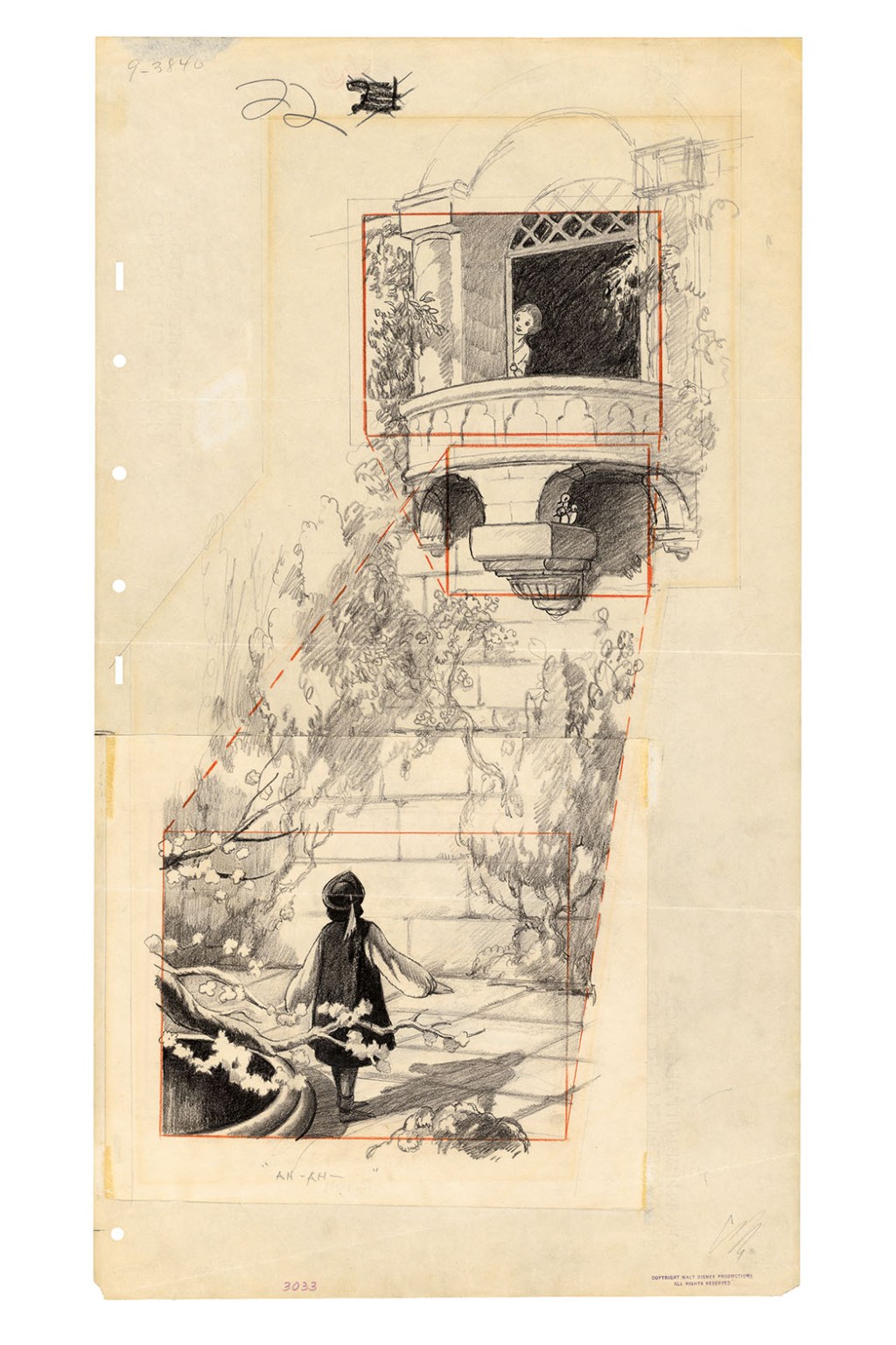 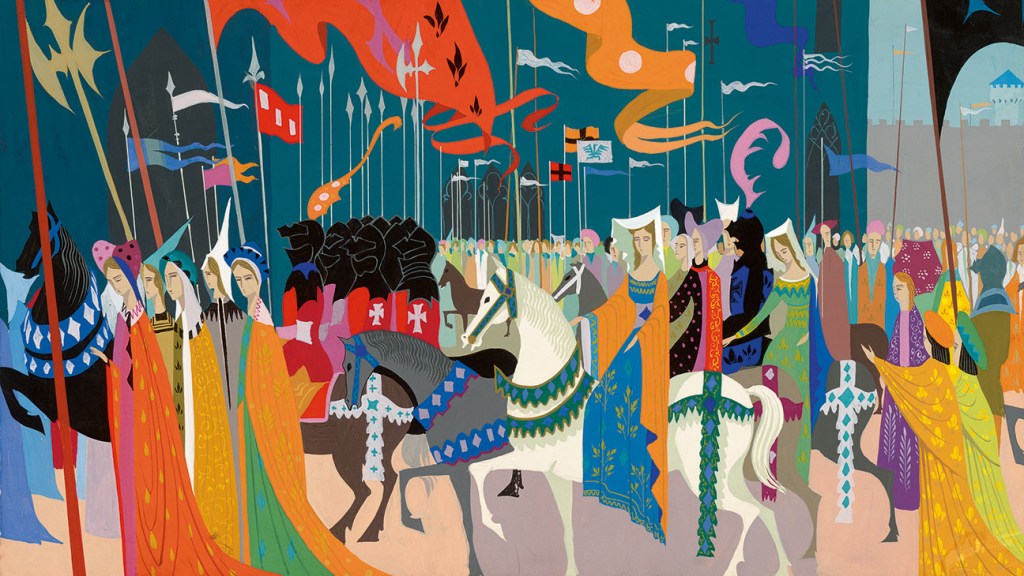 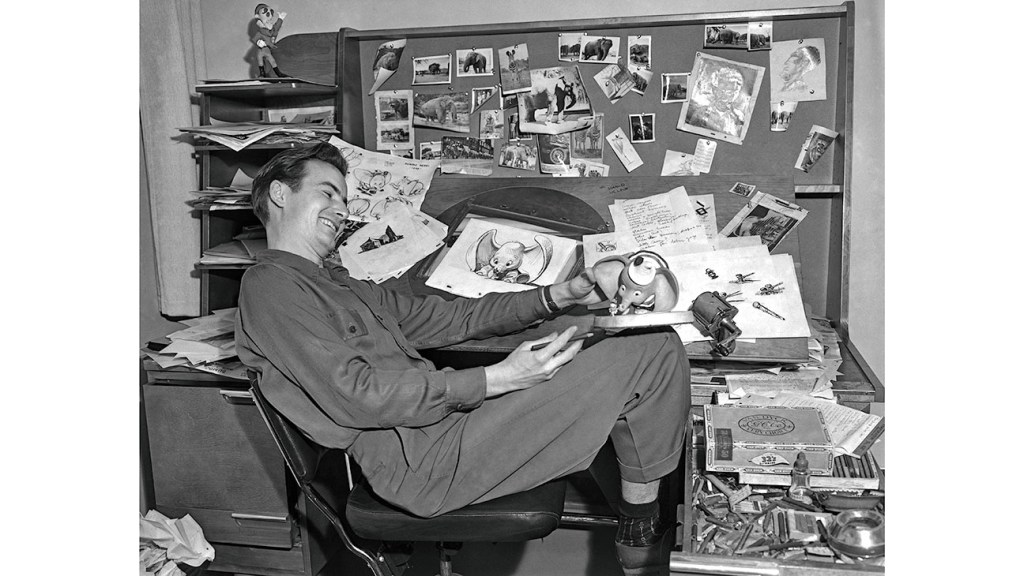