AfterShock Comics’ upcoming March launch, Dark Red, intends to be a horror comic like none other — on a number of levels.

The series, created by Tim Seeley and Corin Howell, centers around Charles “Chip” Ipswich, one of the so-called “forgotten men” in the United States — a man with a dead-end job who lives in a rural area in the middle of the country with no prospects — until a very special woman comes to town. There’s just one twist: Chip is a vampire.

“He has to make sure his shift is over before the sun comes up,” Seeley tells The Hollywood Reporter about his latest leading man. “It’s a pretty miserable existence, because he doesn’t have access to any of the flourishes and community urban vampires do. And that pisses him off, because he also knows what those fancy bloodsucking fops think of people like him. Then, of course, a stranger comes to town, the bodies start piling up and Chip is forced to confront everything he thinks he knows about himself, vampires, his home and America itself. It’s a story influenced by current events but told with a down-on-his-luck vampire and a cast of some of the best characters I’ve ever managed to make up.”

The writer, who co-created fan-favorite horror comic Hack/Slash and also worked on DC Entertainment’s Hellblazer, said the new series is drawn considerably from his personal experience. He admits that’s “probably strange to say in a story about a vampire.”

“But we’re used to seeing vampires as this very glamorous, urban phenomenon, and I wondered what it would be like to be the bloodsucker who got left out in the country,” he says. “I grew up in a rural area, near a medium-size town. But I’ve lived in major rural areas now for 20 years, after I had to leave my hometown in search of opportunity. I’ve watched the politics and  lifestyles of rural people and urban people become vastly different from each other. I‘ve seen the mutual resentment they share for each other firsthand. So this book seeks to look into that, using a vampire as a metaphor.”

Dark Red is, Seeley says, “a horror-crime title that takes a new look at what it would be like to be a legendary monster, and it takes it really seriously, with a lot of heart. I’m getting to combine the crime aspects of [Seeley’s Image Comics series] Revival with the genre examination of Hack/Slash, and it’s awesomely reinvigorating. Plus, I get to work with Corin Howell, who is doing some really beautiful work on the interiors, and my old friend Aaron Campbell on covers, who has become an absolute master at creeping people out.”

Dark Red No. 1 will be released March 20 in comic book stores and digitally. Below, Seeley’s character designs and Howell’s pencils and inks from the first issue. 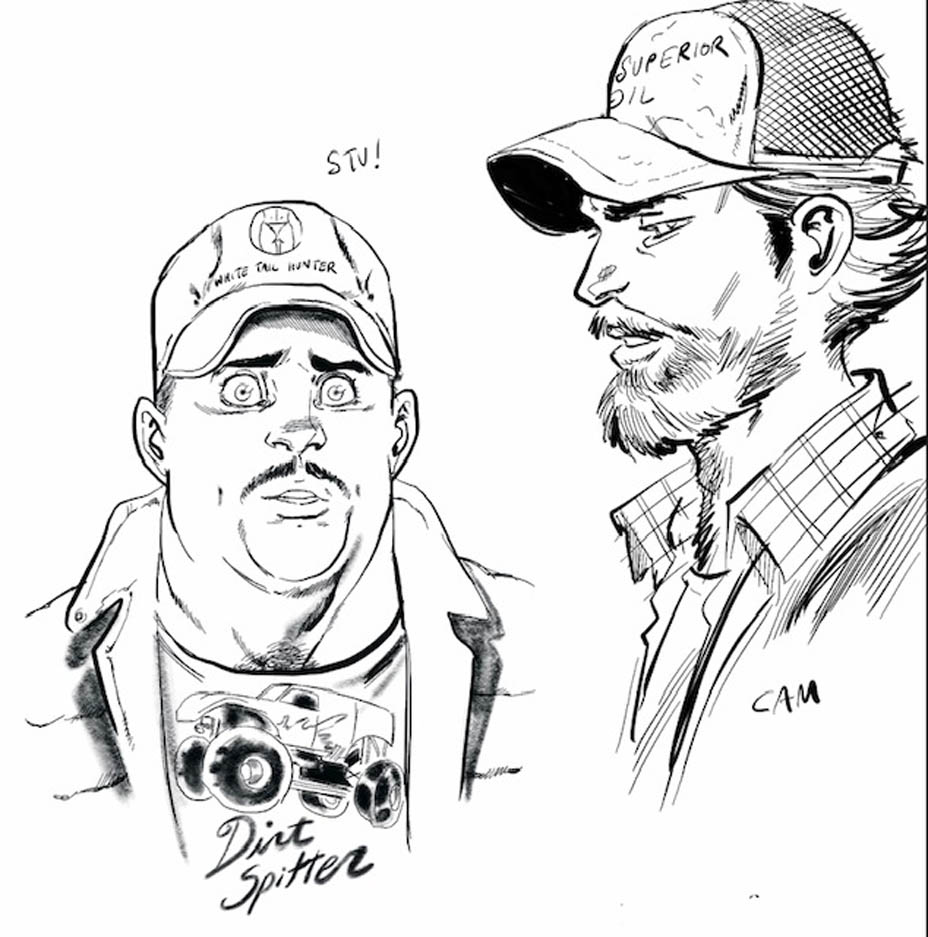 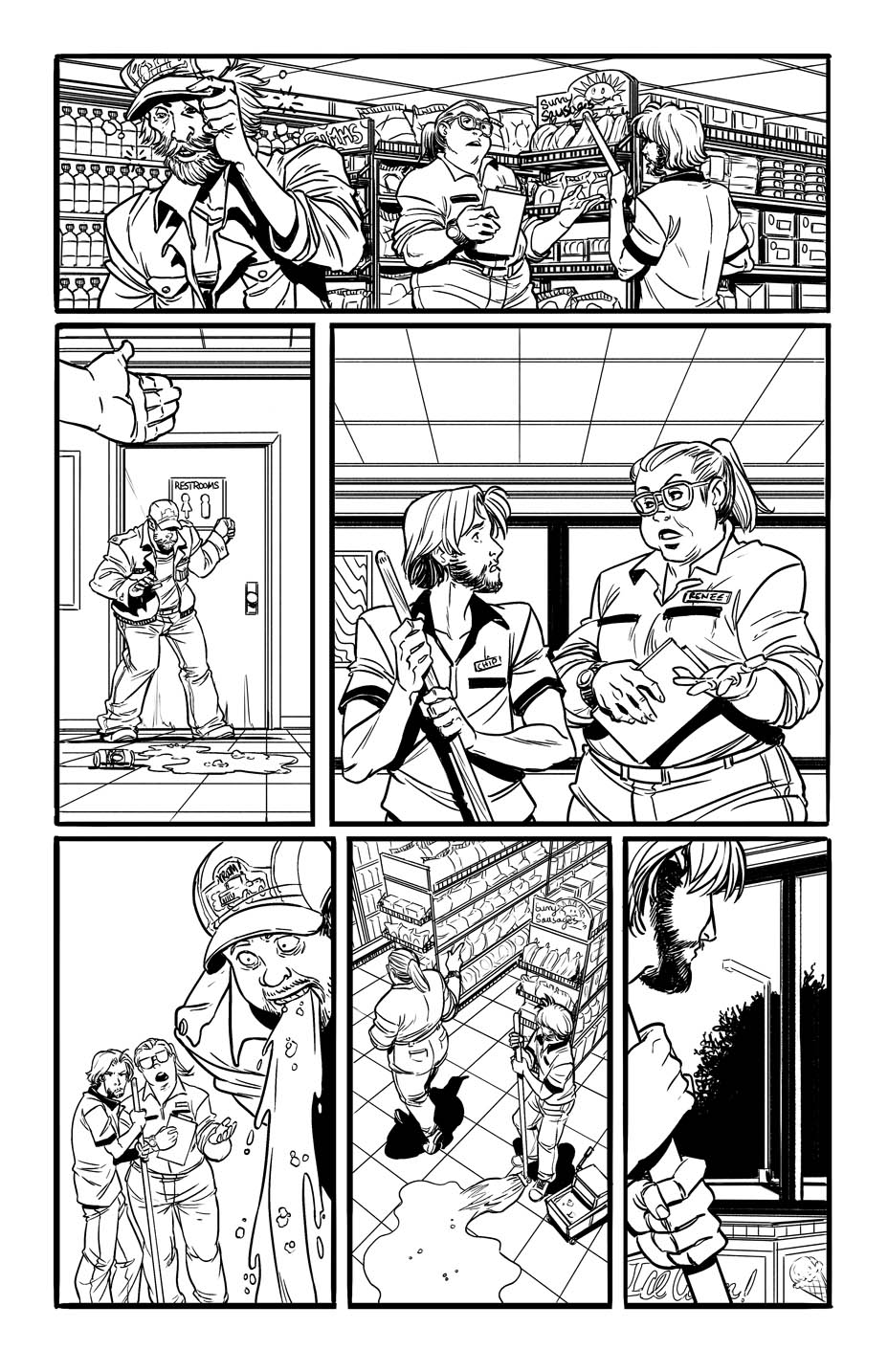 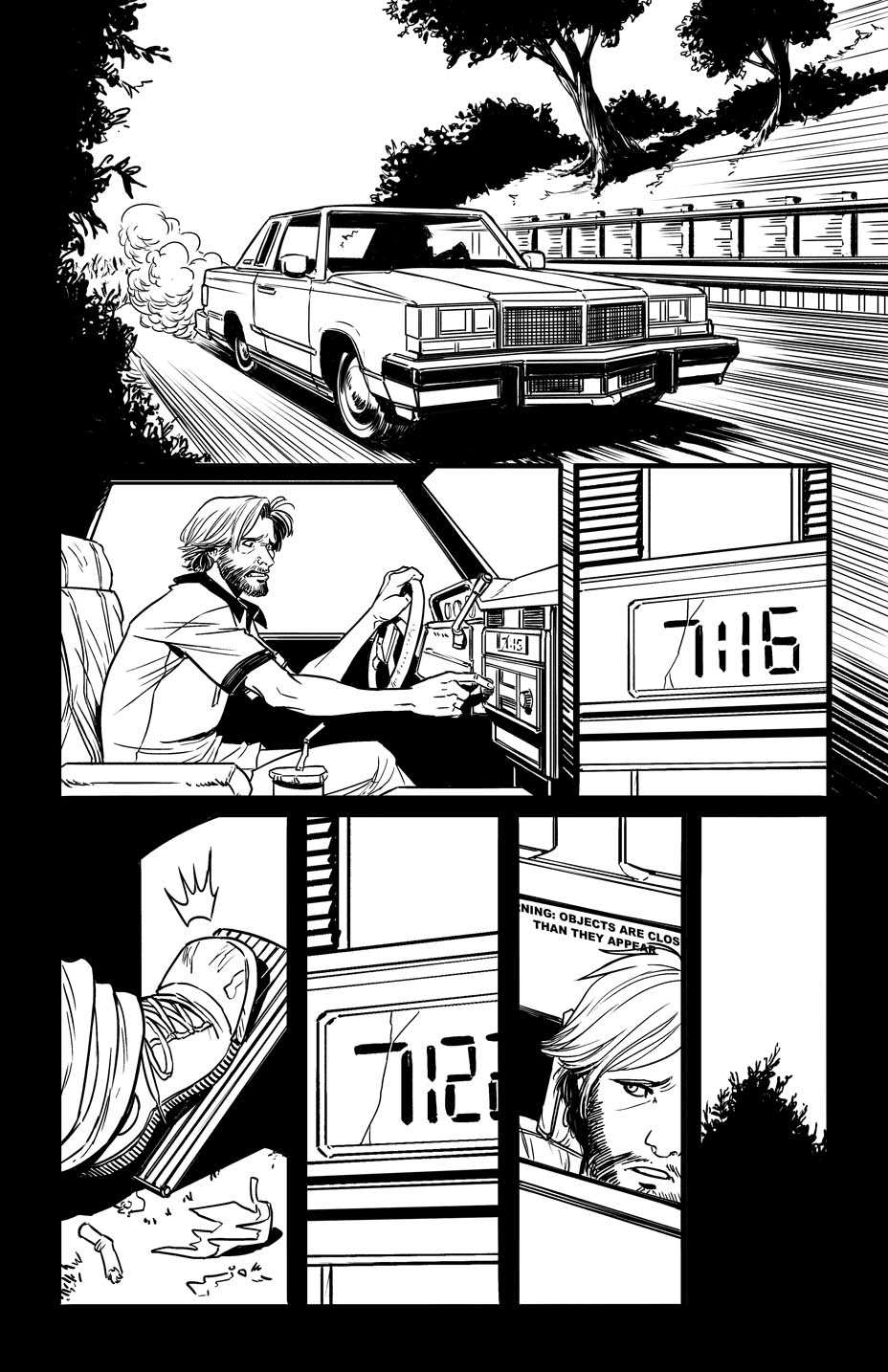 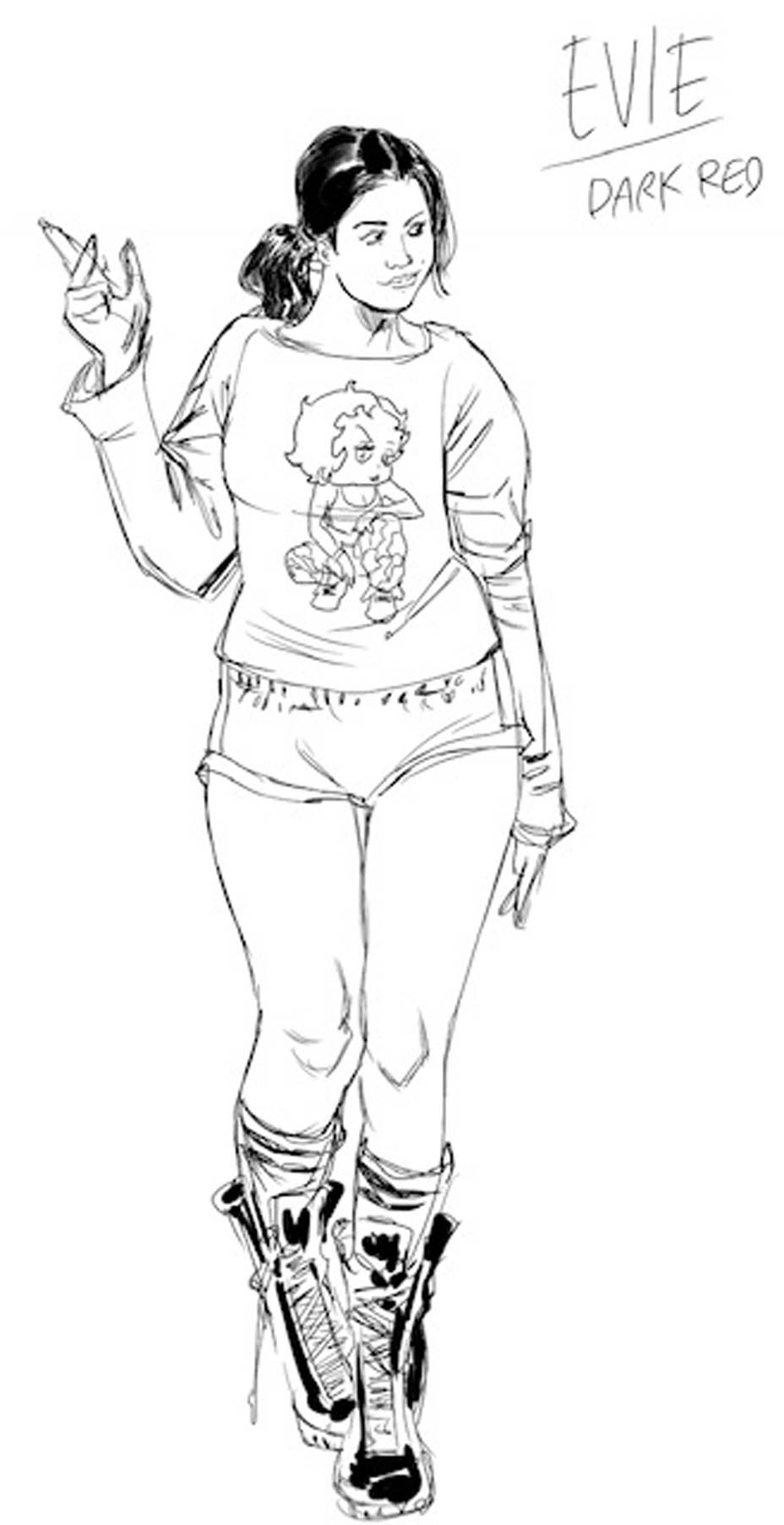 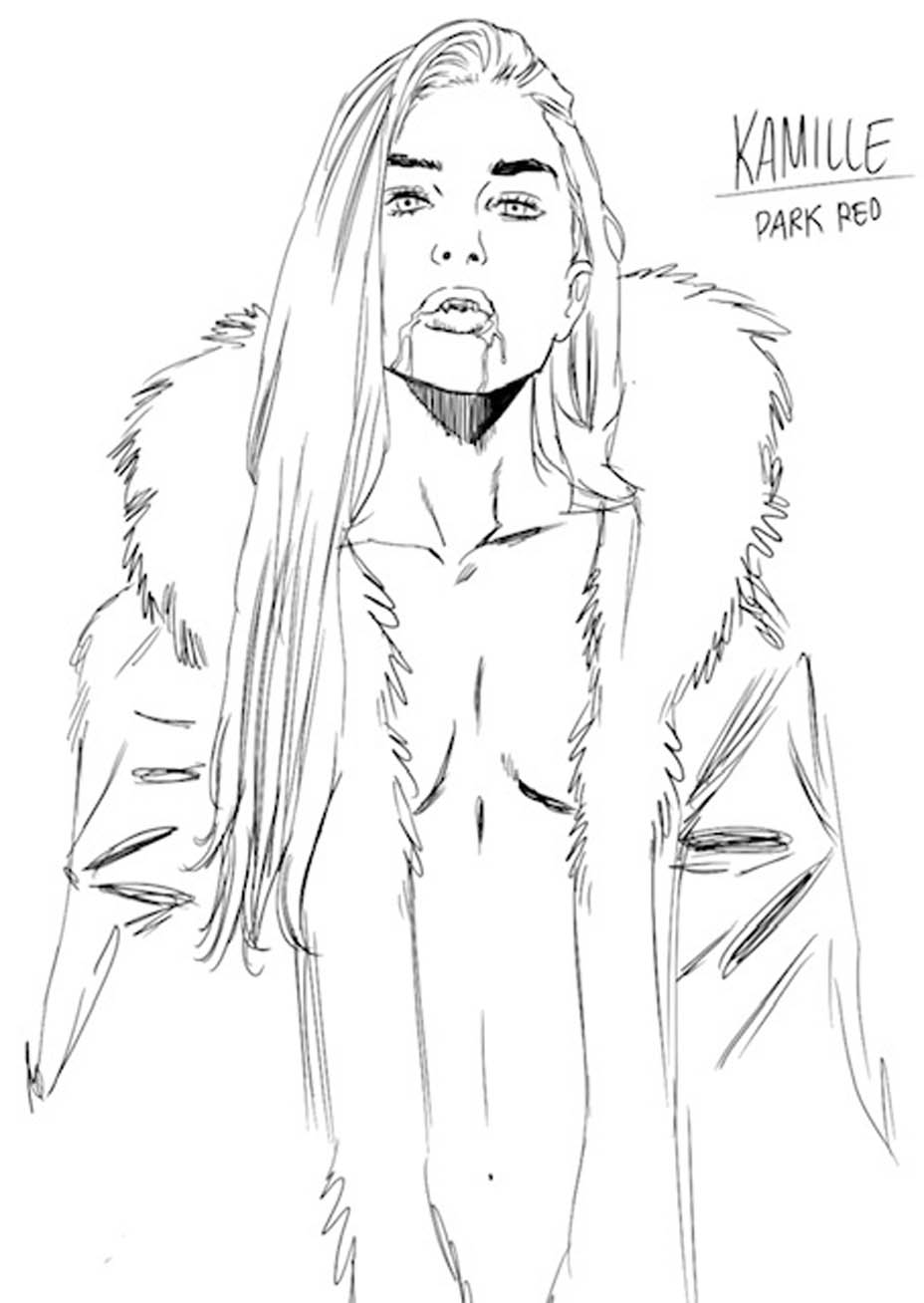 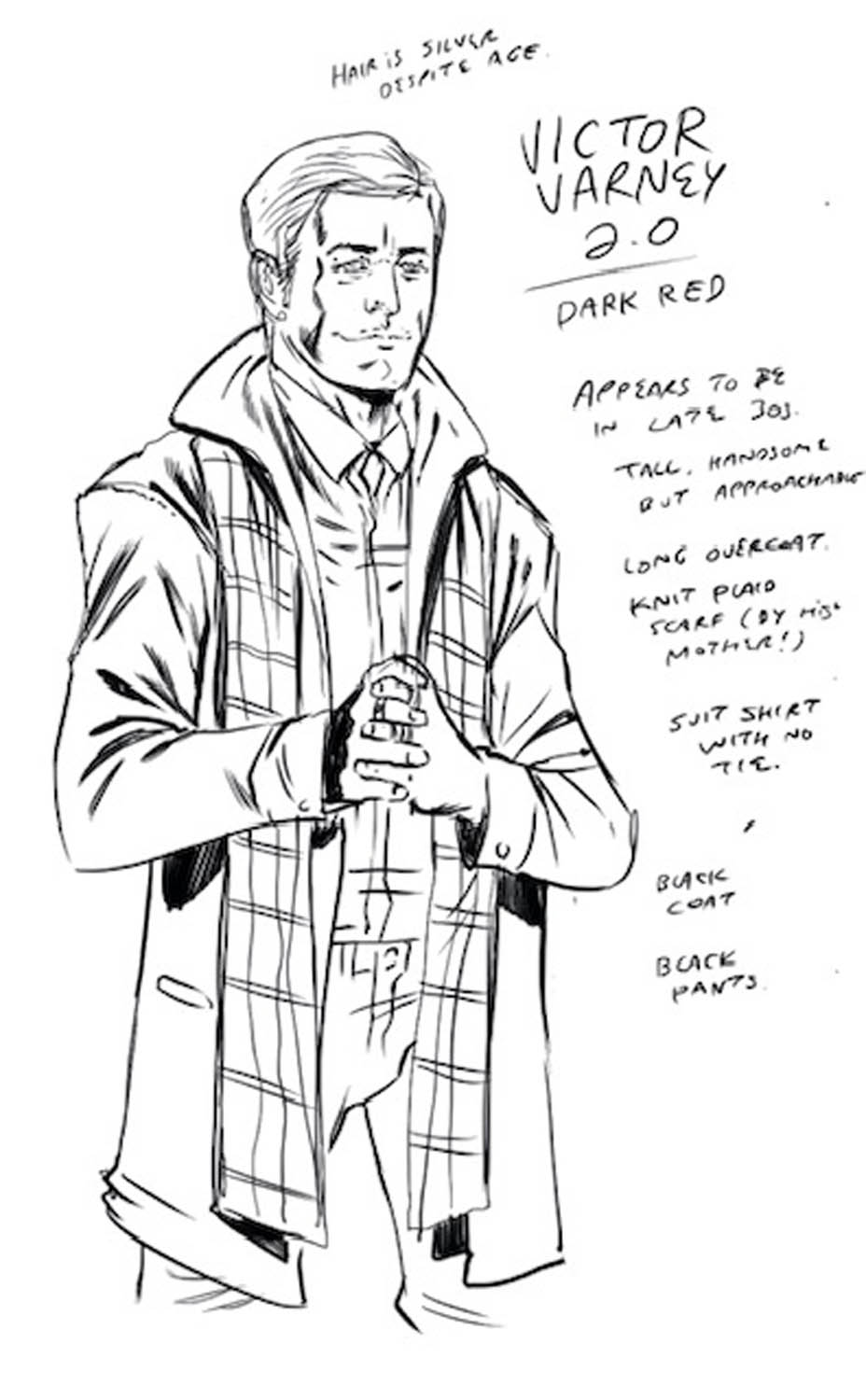