Just a few weeks after dropping Kevin Spacey from the upcoming film All the Money in the World, Sony has released new posters for its TriStar release that now feature Christopher Plummer’s name.

On Nov. 8, it was announced that, following multiple accusations of sexual assault, Spacey would be replaced in the film by Plummer, and all of his scenes, which were filmed over eight days and largely featured him solo, would be re-shot with Plummer stepping into the role of billionaire J. Paul Getty in hopes of still meeting the film’s original release date of Dec. 22. Director Ridley Scott made the unprecedented decision in conjunction with Imperative Entertainment, which produced and helped finance the movie.

One of the new posters simply features a bloody ear made of money. The other features Michelle Williams and Mark Wahlberg’s characters getting into a waiting car, surrounded by paparazzi with the words, “J. Paul Getty had a fortune. Everyone else paid the price,” at the top. 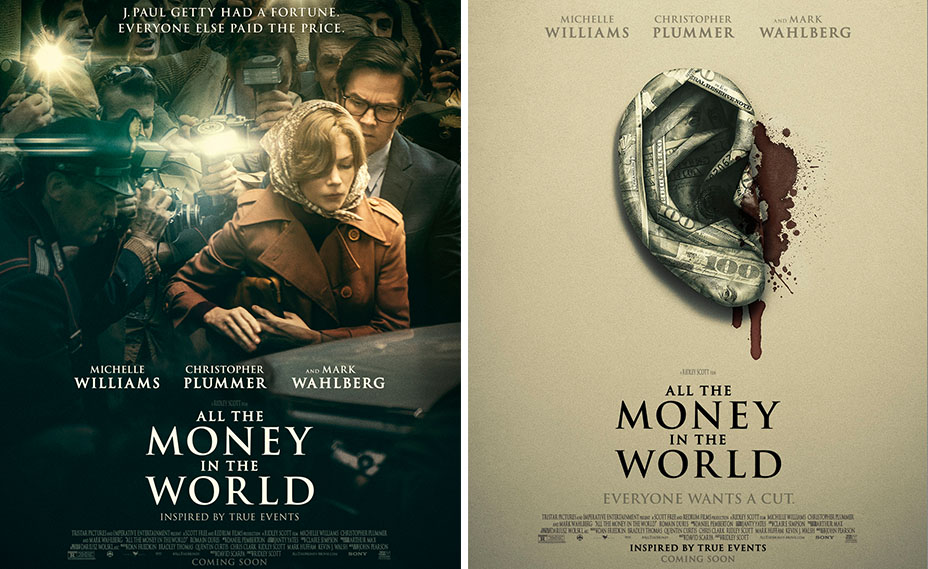 The film tells the story of the infamous 1973 kidnapping of Getty’s grandson, 16-year-old John Paul Getty III. When the elder Getty refuses to initially pay the ransom, the boy’s mother (Williams) teams with an ex-CIA negotiator (Wahlberg) to try and save her son.

An original teaser poster had featured a large bust of Spacey-as-Getty looming over Williams and Wahlberg: 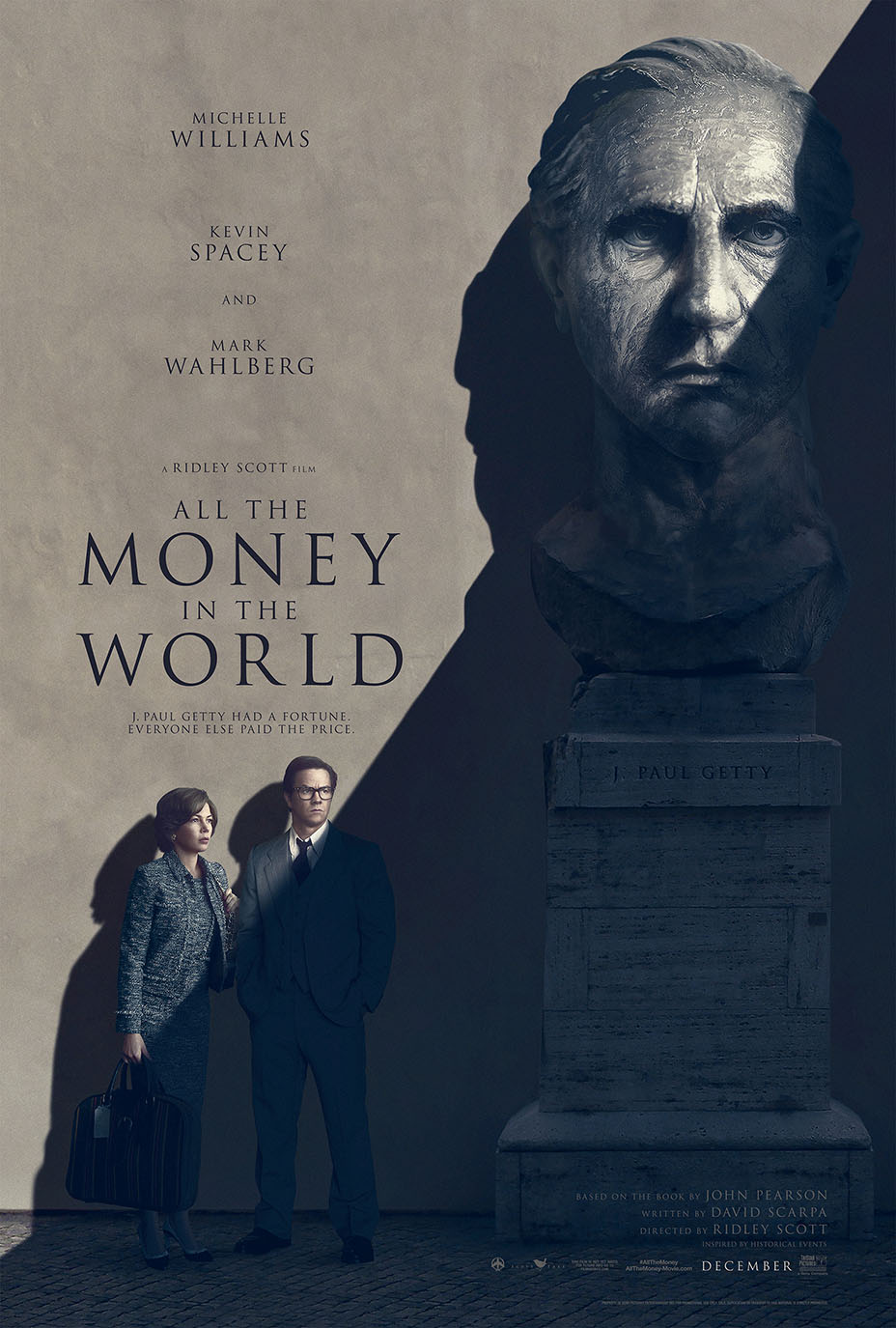 The movie, which had been completed, was set to premiere as AFI Fest’s closing night film on Nov. 16 before the news surrounding Spacey broke. It was pulled from the fest and replaced by Aaron Sorkin’s Jessica Chastain starrer Molly’s Game.