It’s been nearly three years since Universal’s The Mummy was positioned to kick off Dark Universe, a shared cinematic universe featuring new versions of the studio’s lineup of classic monsters. The 2017 announcement of the franchise included Johnny Depp playing The Invisible Man, but when Dark Universe went dark, so did those plans.

Instead, Universal opted to take a new approach to the characters, one that put filmmakers first and disregarded the idea of a cohesive cinematic universe. The first film to come out of that new mission statement is this week’s The Invisible Man, produced in partnership with Blumhouse.

Elizabeth Moss stars as Cecilia Kass, a woman who one day decides to flee her abusive boyfriend Adrian Griffin. After she’s safe, she learns Griffin has committed suicide and left her part of her fortune. Suspicious of the news, Cecilia soon begins having strange experiences, convinced there’s someone around her she can’t see. The danger mounts even as others continue to not believe, thinking she’s descending into madness. It turns out the threat is very real, as Cecilia realizes Adrian has turned himself invisible and is torturing her.

The marketing campaign Universal is running has downplayed the “monster” elements and instead is selling the movie as a story of an abused woman who reclaims the power taken from her. Early reviews have been largely positive, resulting in an 86 percent “Fresh” rating on Rotten Tomatoes. Here’s a look at the promo campaign. 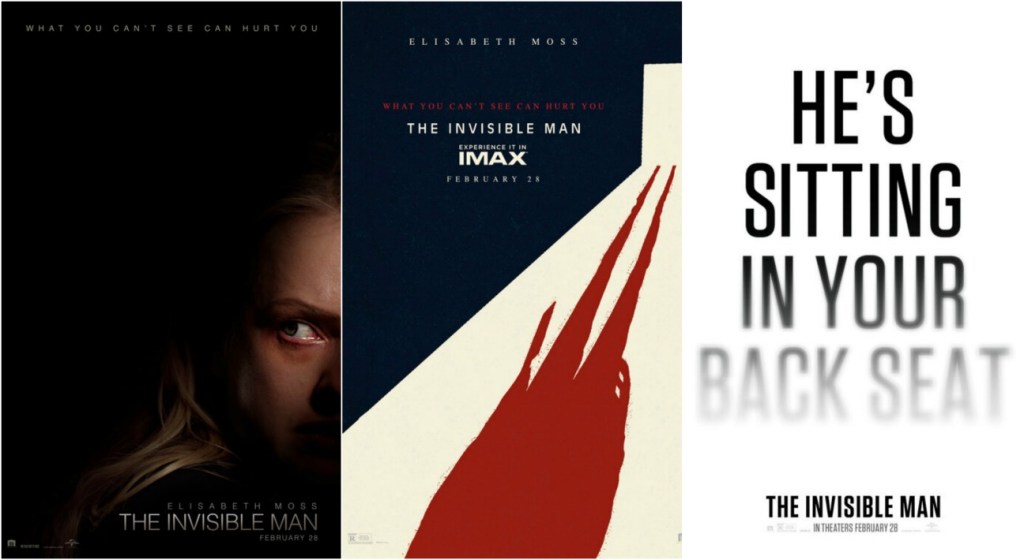 “What you can’t see can hurt you,” we’re told at the top of the first poster (by marketing agency LA), released in early November. Cecilia’s face is shown half-hidden by shadows in the lower right corner, implying she’s hiding because of some danger lurking in the dark that dominates the frame.

The Imax poster takes a retro approach to the design, showing a long shadow being cast from a bright doorway into a dark room, but there’s no one visible standing in that doorway.

A number of additional posters played up the paranoia of the story by using phrases like “He’s sitting in your backseat” or “He’s standing right next to you,” with the words fading into the white background.

We see in November’s first trailer (6 million views on YouTube) that Cecilia has run away from an abusive relationship with her violent husband, who finds her after a stranger picks her up along a dark road. Later on she finds out he’s killed himself but left her $5 million, hers so long as she’s never ruled to be mentally incompetent. That’s when the craziness starts, as Cecilia begins to feel Adrian is right beside her, haunting her but remaining completely invisible. No one believes her, of course, and Cecilia’s behavior appears deranged, but soon others are attacked as we see what game Adrian is playing to exact his revenge.

The same basic story is on display in the official trailer (5 million views on YouTube) released in early February. There are a handful of new scenes shown, but the overall message is still that Cecilia has run away from an abusive husband who, after being reported dead, is actually revealed to have made himself invisible to more effectively terrorize her and those around her. It’s more about the thrills and chills here.

A Super Bowl ad that aired during the broadcast in early February boils the story down to a thriller with a woman being haunted by someone she can’t see, which drives her crazy and forces her to fight back as best she can. Additional spots used the same approach, focusing on different aspects of the story, but all make sure to show it’s about a woman fighting back against her abuser.

Cecilia is startled as she makes a shocking discovery in an exclusive MovieClips clip. An Imax featurette has the cast talking about how the bigger screen will provide the audience with even bigger thrills and chills.

The film’s premiere was held in Hollywood earlier this week, with the cast and crew in attendance. 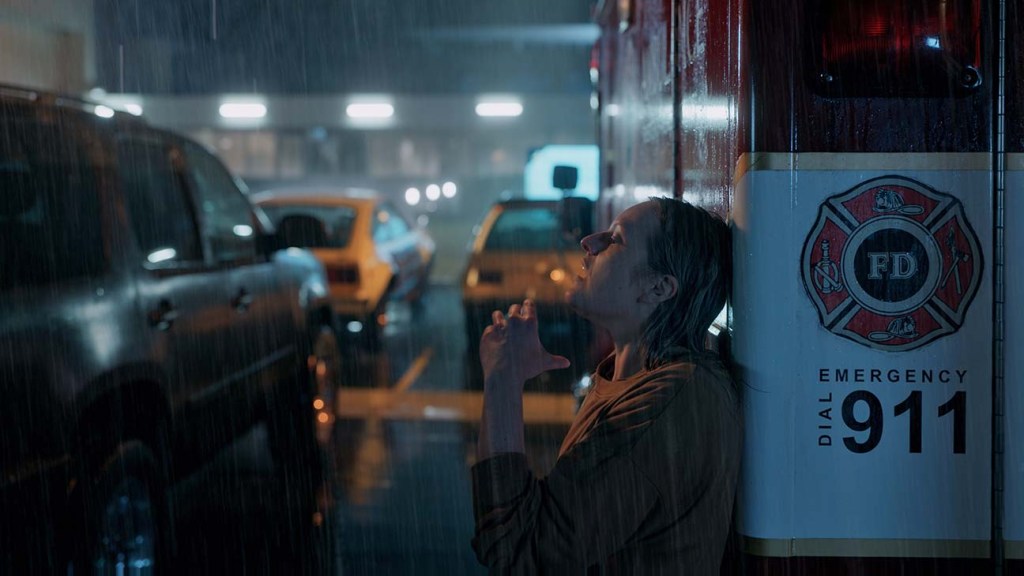 It’s hard to overlook the timely nature of the story, that a woman convinced the abuse she’s suffering is real is told by law enforcement and others that she’s imagining things and needs to calm down.

By focusing on that aspect of The Invisible Man, Universal has sold a much more interesting story than one that just has supernatural creatures facing off against each other with computer-generated effects creating visual chaos around them. It may not generate the kind of monumental audience interest of a traditional blockbuster, but it’s also much closer to how the original monster stories served as allegories for society at the time they were written or produced.