The parties may be over, but the Playboy Mansion is about to get a lot bigger.

The ink dried months ago on the record-setting sale by the late Hugh Hefner of his famed estate to Daren Metropoulos, but an official changing of the guard only gets underway starting today.

Buried in the $100 million sale of the 5-acre Holmby Hills property to Metropoulos in August 2016 was the contractual condition stipulating that Hefner would be allowed to live there for the rest of his life. Now that Hefner has passed, Metropoulos is free to pursue his plans, which include combining the 5 acres where the Playboy Mansion stands with a neighboring property that Metropoulos purchased in 2009, which increases the total footprint of the property to 7.3 acres.

The sister house next door was built two years after the Mansion, in 1929, and for the past several years Metropoulos has been renovating and restoring that property’s gardens and expansive grounds, which abut the Los Angeles Country Club. He has also restored the original gate that connects to the Playboy Mansion. Both the Playboy Mansion and the sister property were designed by architect Arthur R. Kelly for the first owner, Arthur Letts Jr., the department store heir whose father was the original developer of Holmby Hills.

The Next Hef: Hugh's 25-Year-Old Son Reveals Plan to Remake Playboy "For My Generation"

The 34-year-old Metropoulos is the former co-owner and co-CEO of Pabst Brewing Company and current co-owner of Hostess Brands, the maker American snacks including Twinkies.

In January 2016, the Playboy Mansion was listed for sale by Playboy Enterprises Inc. for the asking price of $200 million. And while it ultimately sold for just half of that, it still set a record for the largest sale in L.A. County history.

“Hugh Hefner was a visionary in business, a giant in media and an iconic figure of pop culture whose legacy will leave a lasting impact. I was fortunate to know him as a neighbor and friend and I extend my deepest sympathies to his family,” Metropoulos said in a statement.

The Gothic-Tudor Playboy Mansion has 22 rooms including a wine cellar that includes a Prohibition-era secret door, a screening room, a game room, a zoo (and pet cemetery), a tennis/basketball court, a waterfall and a swimming pool area that includes a grotto and sauna. The lavish grounds include a large koi pond, a citrus orchard, tree ferns and redwoods.

Light renovations were already underway on the Playboy Mansion property. According to several brokers who had toured it, the property had fallen into deep disrepair. 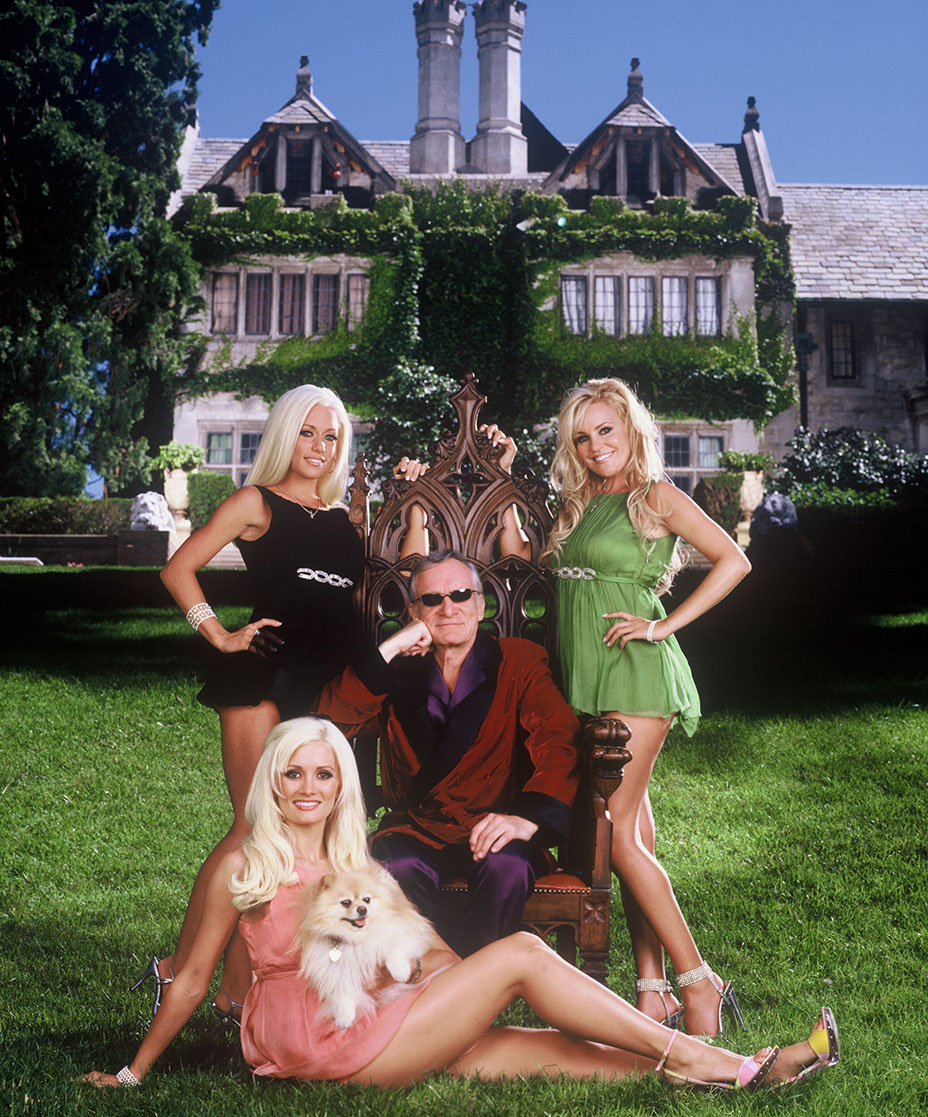