A new title joins the Hollywood Reporter podcast lineup Monday with the launch of It Happened in Hollywood.

Hosted by THR senior writer Seth Abramovitch and Emmy-winning TV writer and comedian Chip Pope, each episode opens the THR vault to revisit an indelible moment from 90 years of entertainment history. Abramovitch and Pope, two friends and pop-culture fanatics who enjoy cracking each other up, are your time-traveling tour guides.

What sets It Happened in Hollywood apart are its special guests — key participants like actors, directors, screenwriters and more, who offer firsthand recollections of some of Tinseltown’s most fun and fascinating chapters.

The monthly podcast employs a hybrid format that marries the best of interview- and banter-based podcasts, with the hosts commenting after the fact on prerecorded conversations.

“It’s kind of like Pop-Up Video, but in podcast form,” says Abramovitch.

“Or Instagram Stories, for our Millennial and Gen-Y listeners,” adds Pope. “Except not really anything like that.”

Much more than pure nostalgia, It Happened in Hollywood sets out to illustrate just how cyclical the entertainment business can be. “In other words, how the stars of the next A Star Is Born remake have probably not been born yet,” says Pope. 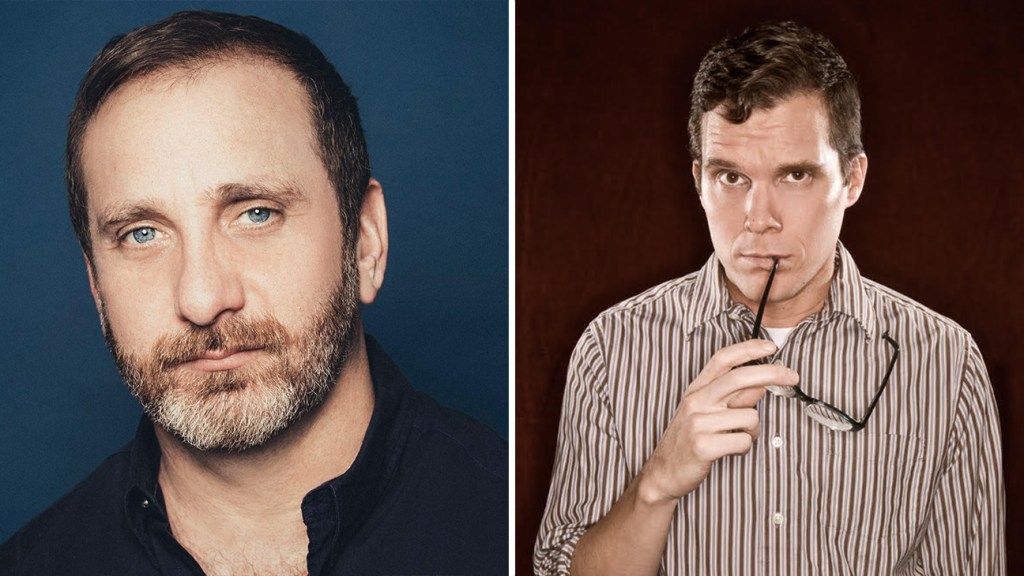 It Happened in Hollywood joins a THR podcast lineup that includes Awards Chatter, Scott Feinberg’s in-depth interview show focusing on the most interesting talents of the Oscar and Emmy seasons. Awards Chatter has been downloaded more than 9 million times since launching in 2015. This fall, THR‘s crafts expert Carolyn Giardina is launching Behind the Screen, a podcast exploring the top artists and technologies creating film and TV magic. Other podcasts are in the works.

In the debut episode of It Happened in Hollywood, just in time for Halloween season, Oscar-winning auteur William Friedkin recounts in vivid detail his obsessive mission to bring his enduring horror classic The Exorcist to the big screen.

Friedkin, 83, describes the exhaustive lengths to which he went to cast his mother and daughter leads; the mysterious soundstage fire that destroyed his set; the Exorcist‘s real-life serial killer actor who inspired Friedkin’s follow-up picture, Cruising; and many more behind-the-scenes secrets of the most terrifying film ever made.

Hear it all now on It Happened in Hollywood — and be sure to subscribe to the podcast to never miss an exciting episode.