It was hardly a surprise to attendees at the New York Film Critics Circle’s annual awards dinner at TAO Downtown in New York that Tiffany Haddish, named best supporting actress for her performance in Girls Trip, was going to take over the show.

Haddish bantered with the crowd for as long as it took to finish the signature cocktail the TAO beverage team had named after her — the Tiffany Toast. She said she hadn’t read any reviews of her film, but thanked the NYFCC for acknowledging her performance.

“I don’t care if it’s positive or negative. I appreciate you,” she said. “Because when you’re a little kid going through the system, you’re wondering, Does anybody know I’m alive? And to be able to be this example to so many youth, there’s so many people like me that you guys have no clue about. But they’re coming. Because I kicked the fucking door open.”

Girls Trip director Malcolm Lee said of Haddish, “She competed against a slew of comedic contenders, all of whom were very talented and funny. But what set Tiffany apart from the others is she always made me laugh. She made everybody laugh. Her infectious spirit permeated the set and gave Girls Trip the straw that stirred the drink.”

Haddish proved a tough act to follow for Willem Dafoe, who, when accepting his award for best supporting actor for his work in The Florida Project, opened with “I’m feeling a little white, and a little boring.”

Greta Gerwig, writer and director of Lady Bird, was chosen to present the award for best actress to her own Lady Bird, Saoirse Ronan. “I got actual goosebumps — my Lady Bird was there,” Gerwig said of her initial script read with Ronan. “For months she had been living in my imagination and the words on the page, and then suddenly, there she was, existing in front of me. From that moment until right now, Lady Bird was a collaboration between the two of us. … Getting to direct her was the time of my life.”

“You feel free just to try anything,” Ronan said of working with Gerwig. “To watch someone do what it seems they were put on this earth to do — it’s a wonder to witness.”

Lady Bird was front and center as the night progressed, as it also took home the award for best film, which Gerwig accepted tearfully, thanking everyone who worked on the film and crediting her early studies in film criticism with how she understands cinema today.

In addition to the success of female-led Lady Bird, Rachel Morrison became the first woman to win best cinematography for Mudbound, her Netflix feature set in the Jim Crow era. And film critic Molly Haskell was presented a career achievement award.

Sean Baker, in accepting his award for best director for The Florida Project, thanked the Critics Circle for adding him to a list of his heroes, for “keeping the temptation of television at bay” and for helping his film bring the issue of America’s affordable housing crisis to light.

Timothee Chalamet, winner of the best actor award, credited Heath Ledger’s performance in The Dark Knight as the catalyst for his acting career and expressed disbelief that Ledger had also received the NYFCC award for best actor for Brokeback Mountain in 2005. And though he was awarded for his performance in Call Me by Your Name, he also gleefully pointed out to Gerwig and Ronan that he had been recognized in a bar earlier as “that douchebag from Lady Bird.” 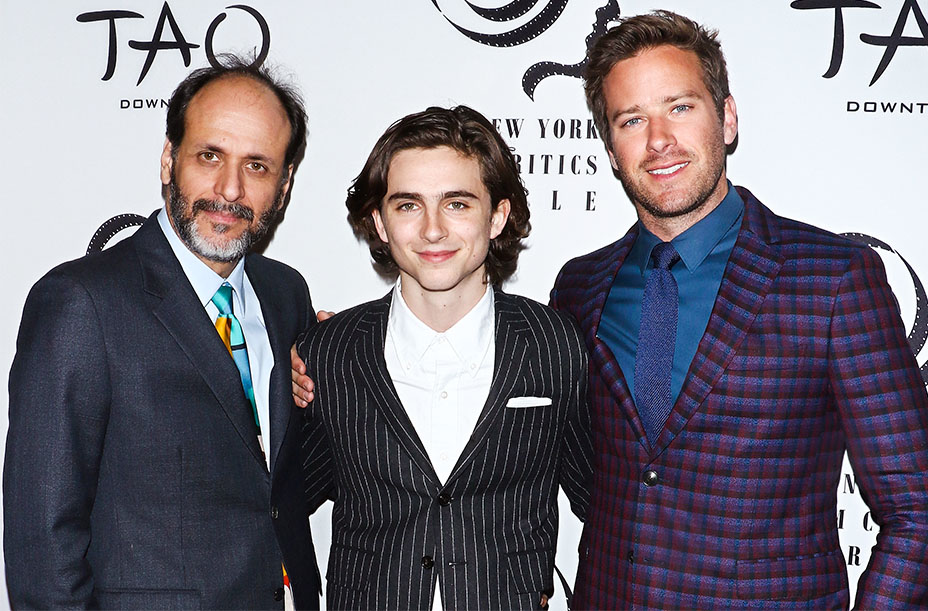 Other winners of the evening included Lee Unkrich, director of Disney/Pixar’s Coco, who took home the award for best animated film. LilRel Howery accepted the award for best new film on behalf of Jordan Peele for Get Out. The award for best nonfiction film went to Agnes Varda and JR for Faces Places. Robin Campillo of BPM took home best foreign language film, and Paul Thomas Anderson won for best screenplay.