An up-and-down NFL season culminates Feb. 5 with Fox’s coverage of Super Bowl LI. The game is the largest U.S. television event, surpassing 100 million viewers every year since 2010. But this time, one of the last truly communal viewing experiences in a fragmented media landscape comes as the country is divided about the presidency of Donald Trump. Jordan Levin, the NFL’s chief content officer who oversees the halftime show, says he isn’t worried that headliner Lady Gaga, who campaigned for Hillary Clinton and protested at Trump Tower on election night, will create a Super Bowl controversy. “True artists understand that they have the power to not only make a lasting impression on their legacy but also to do something as inclusive as possible,” he says.

Based at NFL Network’s offices in Culver City, Levin, 49, grew up in Chicago and Houston; he remains a Bears fan, though he’s now a Los Angeles Rams season-ticket holder. His career has been defined by an entrepreneurial bent. He ran The WB network during its ‘90s heyday of Dawson’s Creek and Buffy the Vampire Slayer and operated digital-content studio Generate. In 2014, he was given the reins at Xbox Studios, but Microsoft shuttered the studio a mere 10 months later.

A married father of two daughters, ages 21 and 14, and an 18-year-old son, Levin joined the league in a newly created role in June 2015 with a mandate to build out the NFL’s content offerings. His vast portfolio includes the league’s digital properties, NFL Films, cable’s NFL Network (which has 400 employees and is in 72 million homes) and such event franchises as the Super Bowl halftime show and NFL Honors. THR caught up with Levin at NFL headquarters in New York, where he discussed the election-sapped season, the future of Thursday Night Football and whom he’d like to poach from another network. 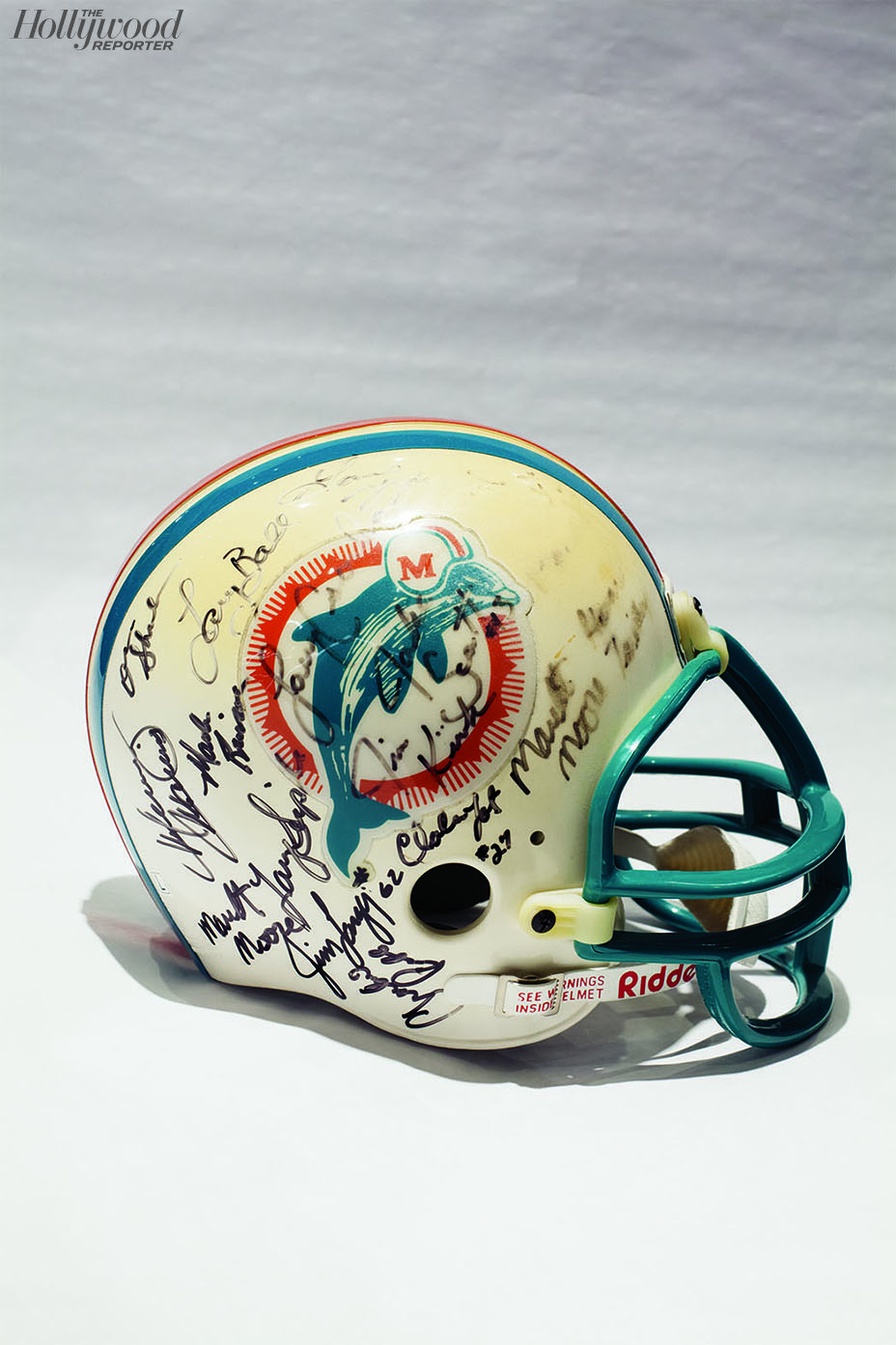 The NFL says it hasn’t told Lady Gaga not to mention Trump. What guidance has the league given her?

Our working relationship with her has been nothing but one of consummate professionalism. She sang the national anthem for us last year, completely killed it. Our game and the Super Bowl itself is not just a sporting event. So we want to always make sure that they see the opportunity the way we do.

Halftime shows have been rife with controversy, from Janet Jackson’s “wardrobe malfunction” to M.I.A.’s middle finger to Beyonce’s homage last year to the Black Panthers …

Audiences are always going to have preconceived impressions of a performer. That’s outside of our control. What’s important to us is to celebrate the broader themes and our commonality. Shrewd artists understand it’s a unique, once-in-a-lifetime opportunity to create an impression that is ideally respectful of the audience. 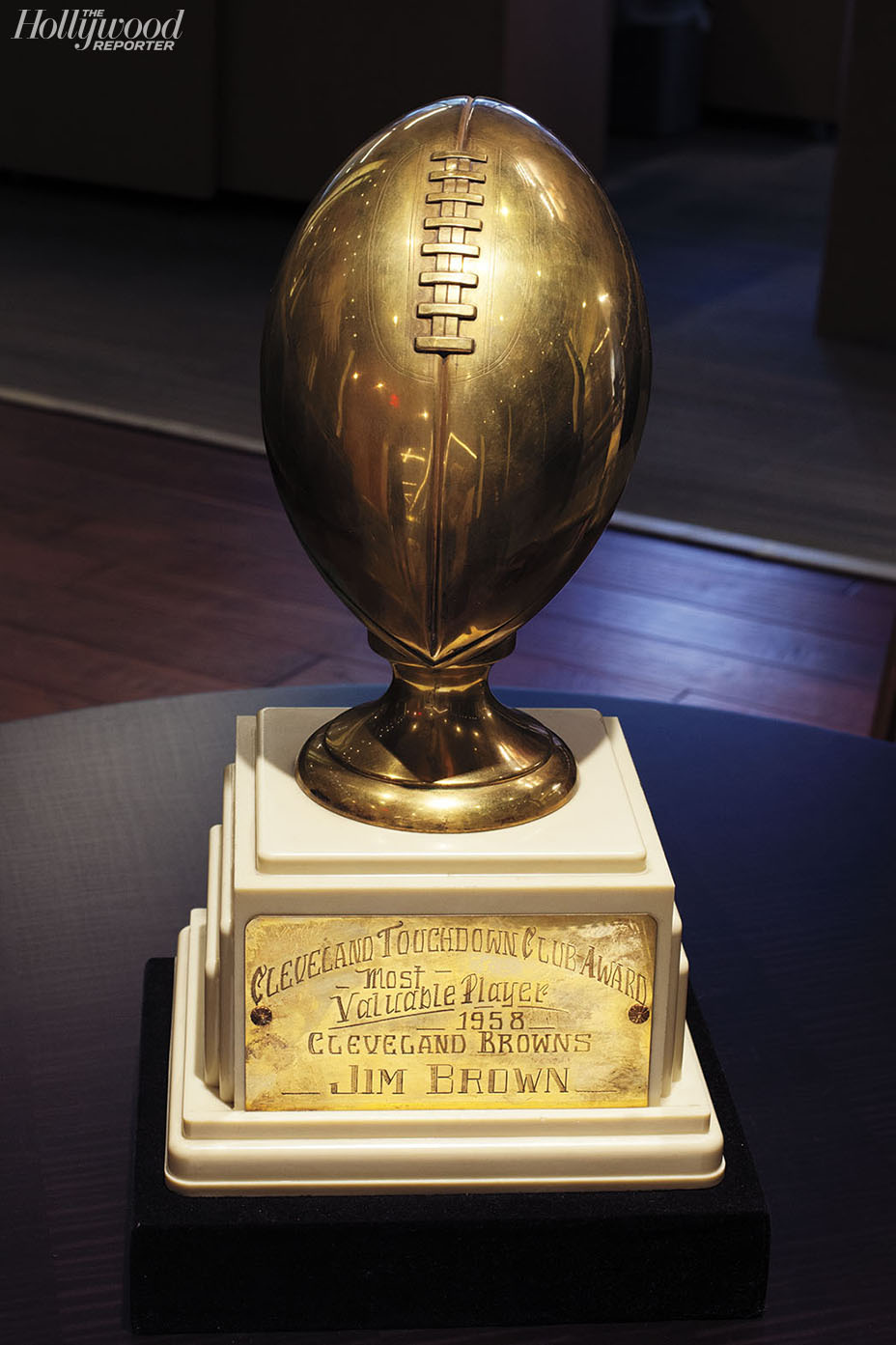 That’s a challenge. What is surprising to me about the network, and it really speaks to the power of this game, is that we are the No. 2 sports network with [only] eight exclusive NFL games and another eight simulcast games. We have preseason games, but a lot of them are not live. And we have two college bowl games and some high school games. At other networks, half of their schedule is live game programming.

You put Thursday games on Twitter. Was it successful? Will we see games there next season?

The NFL is the only league that still considers broadcast television to be an anchor to its strategy, and I think that’s one of the reasons the NFL is as successful as it’s been. But it also has recognized the shifts in consumer behavior, being led by younger consumers, and that you need to be able to reach those audiences on their terms. 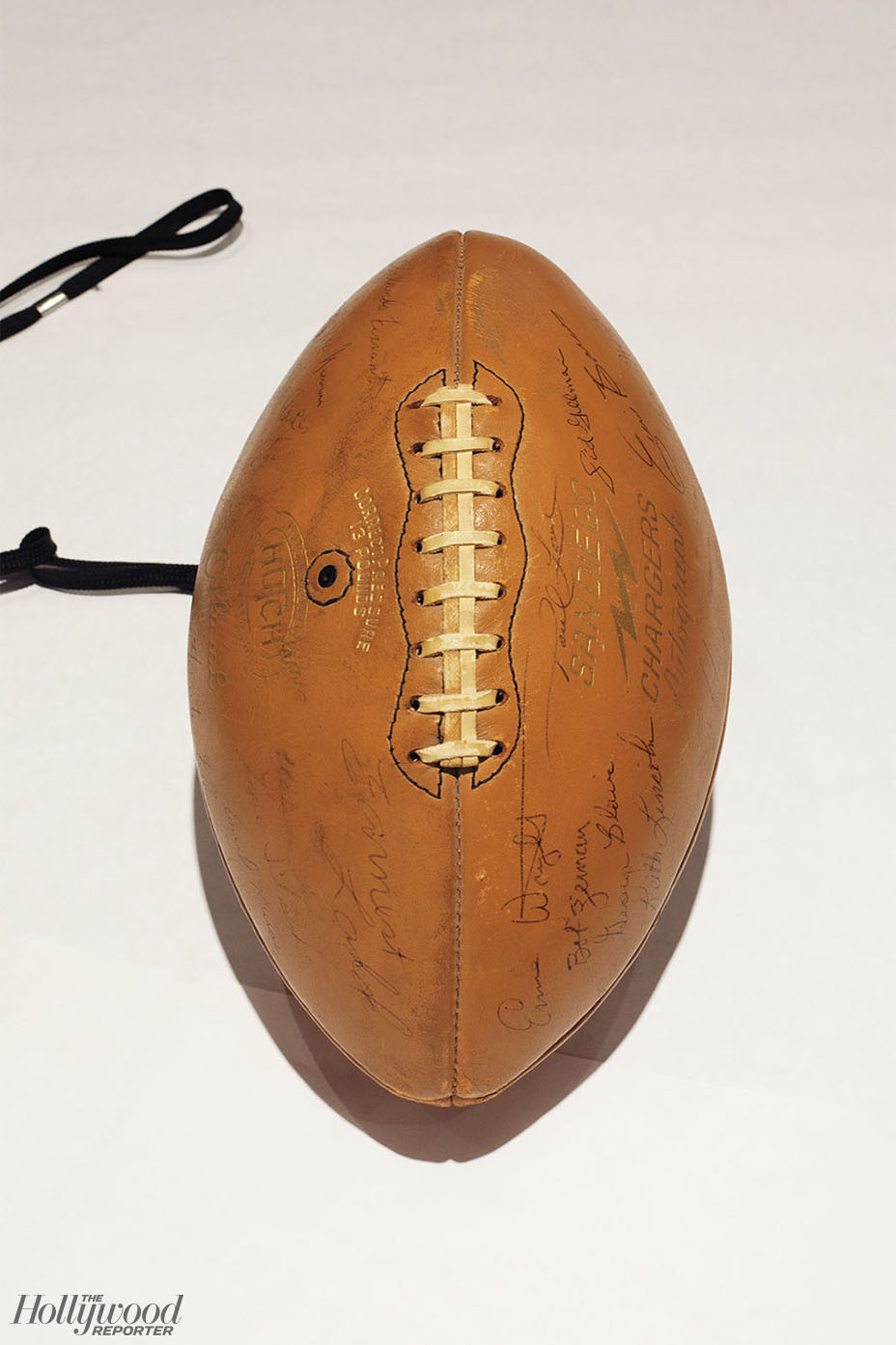 Game ratings this season were down. What’s your take as to why?

Post-election, the decline is 1 percent. It’s basically flat. [Pre-election, it was 14 percent, excluding Thursday Night Football.] Given the forces of gravity on our business, that’s a good place to be. Throughout the season, we saw consumption up significantly, triple digits on the streams, on mobile, on our partners’ streams, on our own platform.

Lady Gaga Goes Behind the Scenes of Super Bowl Halftime Show: "I've Been Planning This Since I Was 4"

In general, the league has embraced streaming in a way it hadn’t before. What changed?

You can’t stick your head in the sand, and our job is to create the best viewing experience for the fan, whether they’re watching on a TV or on a connected device or in a stadium. So we are experimenting with everything from commercial breaks to sponsorship integration to making the game more fan-friendly.

Commercials can be interminable, to the point where people just want to turn off the TV …

Yeah. We’re looking at and experimenting with not only the length of the pods for breaks but also the number of breaks. We’re looking at creating breaks that have content within them. We did that on the Christmas Eve game between the Texans and the Bengals in partnership with CBS. 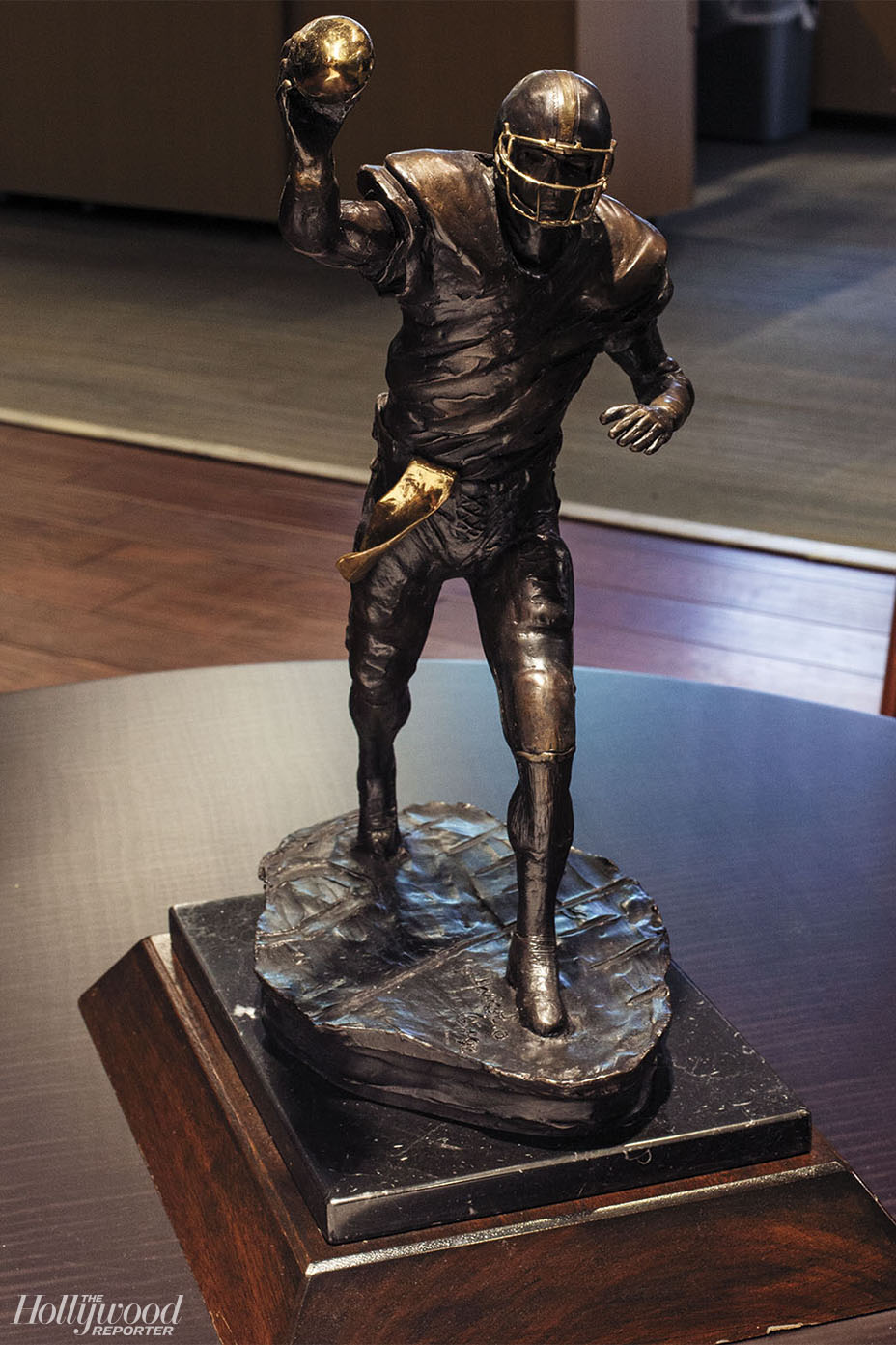 Which personalities and sports shows do you think get it right?

One show that is very entertaining, very insightful and very authentic is Inside the NBA on TNT. Shaquille O’Neal and Kenny [Smith] and Charles [Barkley] and Ernie [Johnson] are great together, and that sets a high bar for the industry. In terms of football talent, I think Charles Tillman [the former Bears and Panthers cornerback] is fantastic. We have been fortunate enough to be able to work with him, but I am envious that Fox has him in studio. Charissa [Thompson] does a great job on [Fox NFL Kickoff]. That’s a hard job, to be host and manage a lot of big personalities and draw the best out of them without making it about you but [still] having a point of view. We’re developing a lot of really strong female talent. We brought in Jane Slater, who used to be on the Longhorn Network. We have a young woman named Colleen Wolfe who started doing work for us in digital and has become one of the alternate hosts for Total Access. 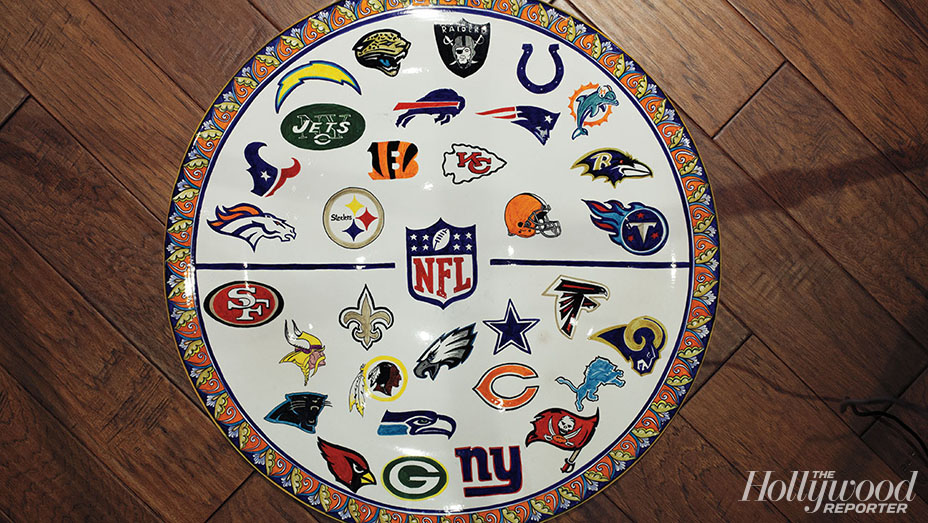 Women still are not, for the most part, in the booth. They’re relegated to the sidelines.

That’ll start changing. While there have been a few trolls, Jessica Mendoza — the softball player who is doing baseball coverage for ESPN — she’s great. And while there may be some pushback among older purists, my son, who is 18 and a baseball fan, loves her. So I think it’s a generational shift.

After years of having no NFL team, L.A. will now have the Rams as well as the Chargers, but there seems to be an enthusiasm gap.

There are a lot of distractions in Los Angeles. I bought season tickets, and my family was excited to go each and every week. To see the Coliseum have as many people attend those games was pretty amazing, especially considering the facilities are certainly not modern. The plans for the new stadium [in Inglewood] are breathtaking. When that gets built, I think the enthusiasm is going to be really tangible.

You ran The WB before it became The CW. Will The CW be a linear network in five years?

That’s a good question. I think so, but obviously their business model is built on windowing content and having those partnerships with streaming services. We’ll see whether they start to develop more of a direct-to-consumer relationship or continue to work through partners. I think a lot of content, similar to what we do with the games, is going be about trying to provide it in different windows across different platforms with different partners.

You worked very closely with the original executive team at MTV, which is now in turmoil.

It’s sad. There was an incredibly talented team at MTV who were very passionate about what they did. I think Doug Herzog [who stepped down in January] is one of the great programmers. Kent Alterman at Comedy Central is fantastic. Judy McGrath and Van Toffler are legends. Obviously, Tom Freston was a visionary. And to see the resources of that company essentially drained for personal gain is criminal. My 14-year-old daughter stumbled on my DVD box set of Beavis and Butt-Head, and she loved it. My Beavis and Butt-Head impersonations started to come back, much to the chagrin of my wife. And I think it is a reminder that as our industry becomes managed by business people, the real value is created by passionate creative executives who go with their gut.