Tiffany Haddish hopes to keep up her cinematic hot streak by starring opposite Kevin Hart in the new comedy Night School, out this week from Universal Pictures. Hart plays Teddy Walker, a charismatic salesman who, after a professional disaster, winds up in night school along with a bunch of other misfits and outcasts, being taught by Carrie (Haddish).

The movie is tracking for a three-day bow of $30 million-plus, which would put it in line with other recent live-action features starring Hart. To help it reach an audience, the studio mounted a campaign that plays up the mix of Hart’s goofball persona and Haddish’s take-no-prisoners approach to comedy. However, the film currently sits at 24 percent on review aggregator Rotten Tomatoes. 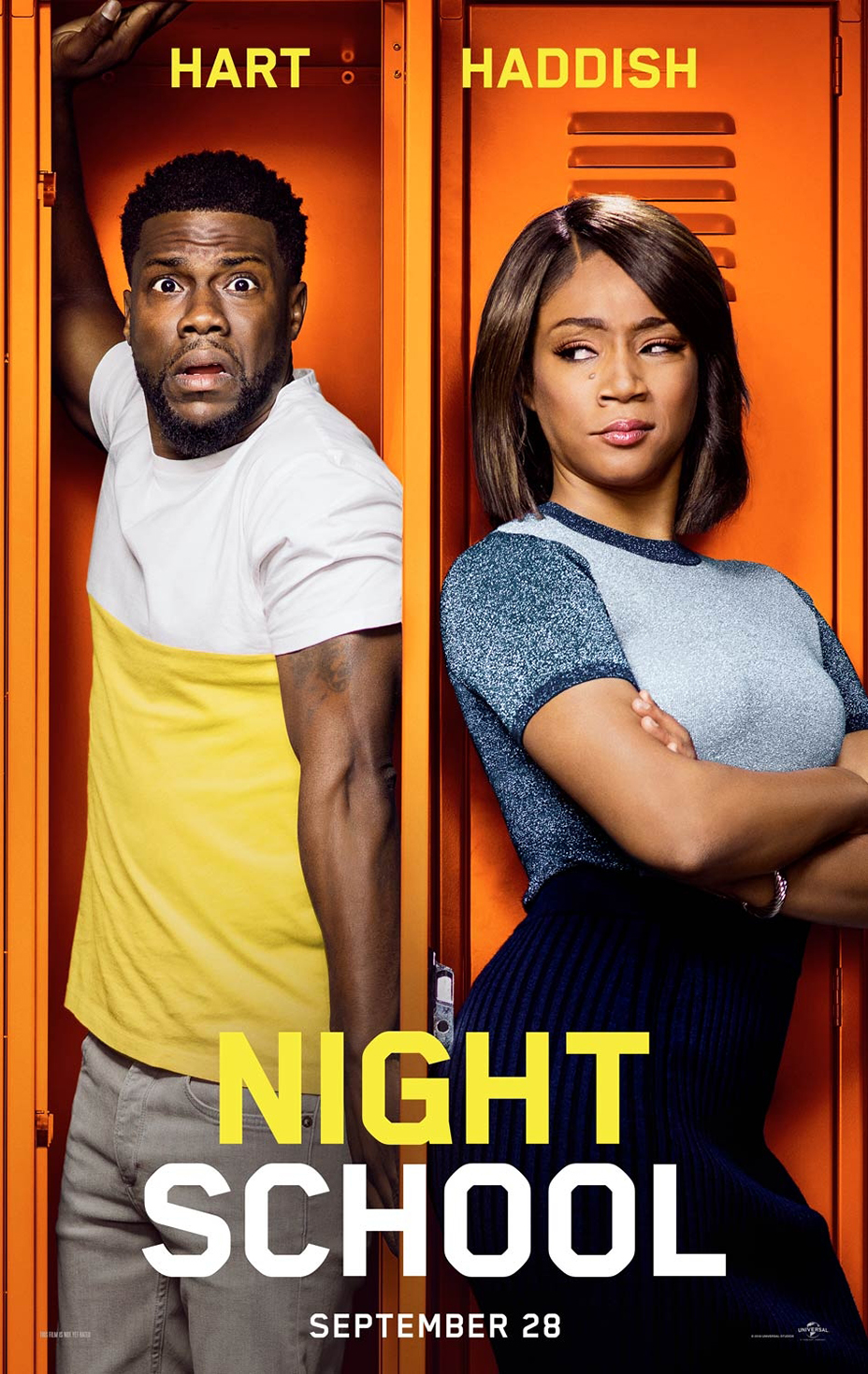 The setting of the film is clearly communicated on the poster, which plays up Hart’s diminutive size by putting him inside a locker. Haddish stands to the side looking slightly annoyed at whatever hijinks he’s engaging in. Surprisingly, there’s no tagline or other copy on the one-sheet, just the movie’s title and the names of the two stars. 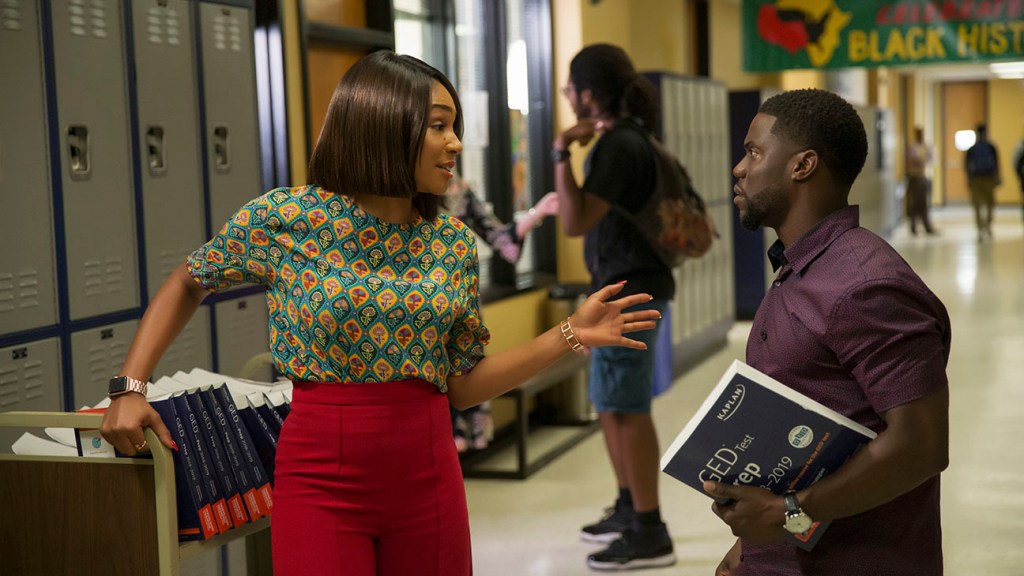 The first trailer from April (8.3 million views on YouTube) immediately positions Teddy as a smooth-talking salesman capable of selling a high-end grill to anyone and everyone. When his store explodes, he finds it hard to get a job without having his GED. So he heads to night school, where Carrie is his teacher and the workload more than he expected. Of course, the two of them start spending more time together as she pushes him to keep moving toward his goal and not accepting anything less, including a promotional job at an obvious Chick-fil-A stand-in.

It’s largely the same message being sent in May’s second trailer (4.2 million views on YouTube). There are some additional story elements like Teddy convincing the rest of the class to steal an upcoming test none of them are ready for and some of the other motivational tactics employed, along with other random hijinks.

About a month ago in mid-August a third trailer (367,000 views on YouTube) was released that skips all the setup. In this one we never see why Teddy is trying to get his GED, just that he is and he’s in a class full of colorful characters. With the “why” jettisoned, there’s much more room for Haddish’s Carrie to come out as we see all the unconventional ways she tries to motivate him and the others to get a lot done in a short period of time. 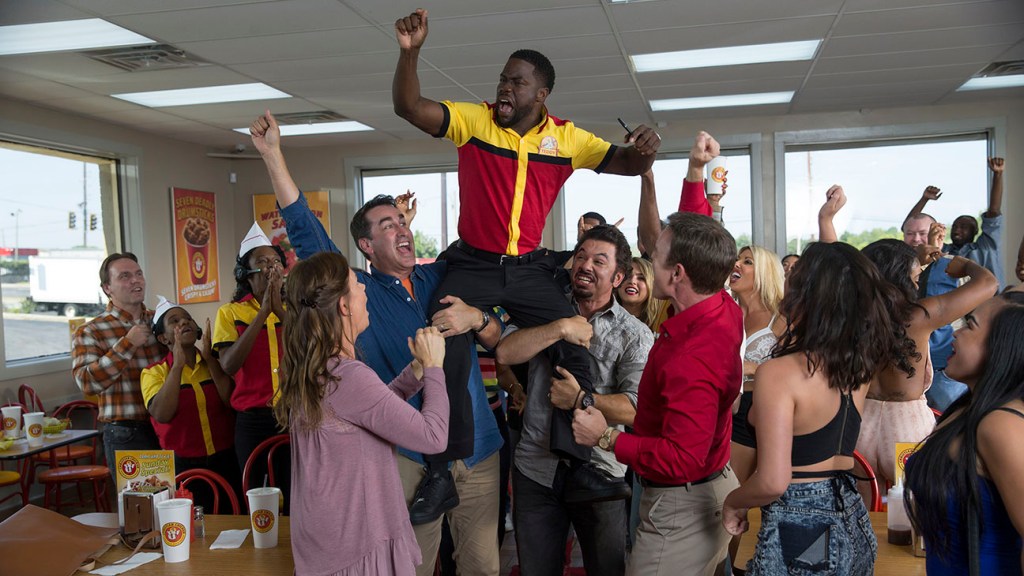 TV advertising began with a spot aired during the NBA Finals that had a couple players talking to Hart while he has a nightmare about not being prepared for a test. A while later some serious social advertising started with paid posts that used both short clips and the full trailer.

Both Haddish and Hart appeared at the MTV VMAs in August to help make sure that audience was hip to the movie’s imminent arrival. It was also slated as the opening night film at the recent Urbanworld Film Festival, with Haddish, Hart and director Malcolm D. Lee in attendance.

Lee and everyone else showed up in a featurette released Sept. 17 in which they talked about the story, the characters and the fun they had during production. Another video had Haddish and Hart discussing a personal story that was frequently cited during the press cycle, where several years ago Hart helped Haddish out financially, something she still feels indebted to him for.

The first clip released expanded on a scene shown in many of the trailers, showing Teddy massively misunderstanding what Carrie is trying to tell him. In a publicity stunt, Universal put Hart on a New York City open-air bus to shout at people on the sidewalk to make sure they knew the movie was coming out. 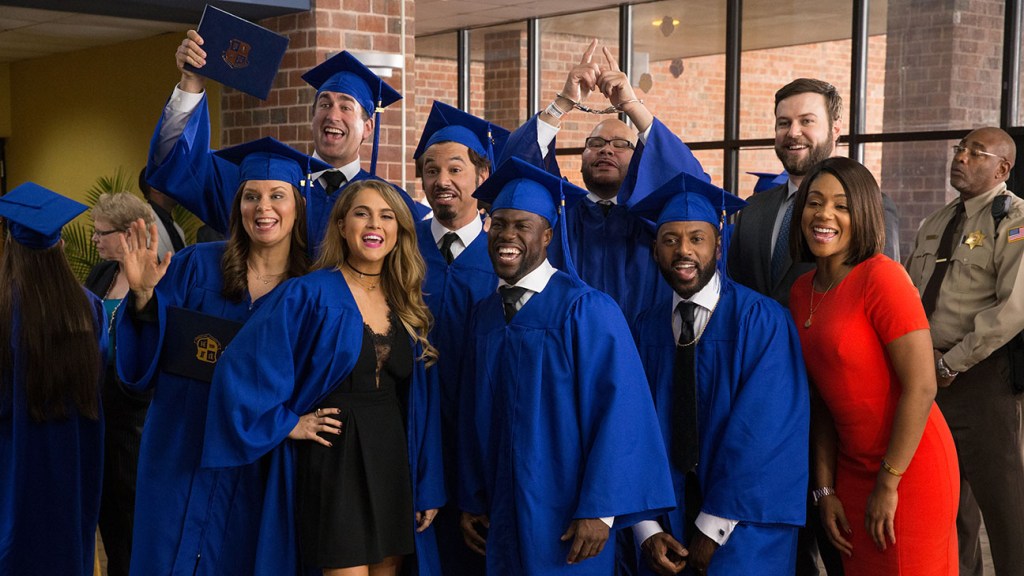 Haddish is as much the star of the campaign as Hart, an obvious move based on her recent red-hot popularity. That’s not to say Hart’s role is diminished significantly, just that he’s certainly sharing the spotlight as Universal hopes to leverage the audience’s current infatuation with Haddish’s persona to help elevate the movie.

One question mark in the campaign may actually be the movie’s PG-13 rating, which may either make it more accessible to the audience or act as a warning sign that the movie doesn’t commit to anything on the level of Girls Trip, which allowed Haddish to go all-out with the comedy. It’s in line, though, with the more family-friendly persona Hart has cultivated on-screen, so how the movie walks the line between those worlds could be the make-or-break factor in its success.