When it comes to the world of international film and television production, Finland has long been a blind spot — one of the last great undiscovered locations in the developed world. In the Nordic region alone, neighbors Sweden and Norway, and even, farther afield, tiny Iceland, are better known among global location scouts, indie financiers and co-production gurus.

But that could now be changing, thanks to a combination of high-tech production facilities, surprisingly inexpensive crews and, significantly, a new tax incentive aimed at attracting high-end television and film productions to this nation of 5.5 million inhabitants.

The incentive, launched in 2017, is a straight 25 percent up-front cash-back tax rebate paid against Finnish spend, which pays out up to $11.5 million (€10 million) a year to productions on a first-come, first-served basis. 2019 marks the final year of the three-year trial phase for the tax rebate, after which it is expected to be extended and likely increased (the demand has been such that, in the first two years of the program, Finland reached its €10 million payout ceiling by midyear). High-end television series have been the primary beneficiaries of the program so far. European crime series Bullets and Arctic Circle both dipped into the new incentive to close financing, as did Moominvalley — a $25 million 3D animated series based on the beloved children’s books by Finnish author Tove Jansson — and featuring the voice talents of Taron Egerton, Kate Winslet, Rosamund Pike and Jennifer Saunders.

“The incentive was absolutely essential to getting the project done here,” says Marika Makaroff, who produced Moominvalley through her Helsinki-based company Gutsy. “About 61 percent of the film was done in Finland. That would have been impossible to do without the tax credit.”

Makaroff hopes the series, which premieres in Finland on public network YLE later this month and on Sky One in the U.K. in April, will highlight the “extreme professionalism and technical know-how” of Finnish crews. 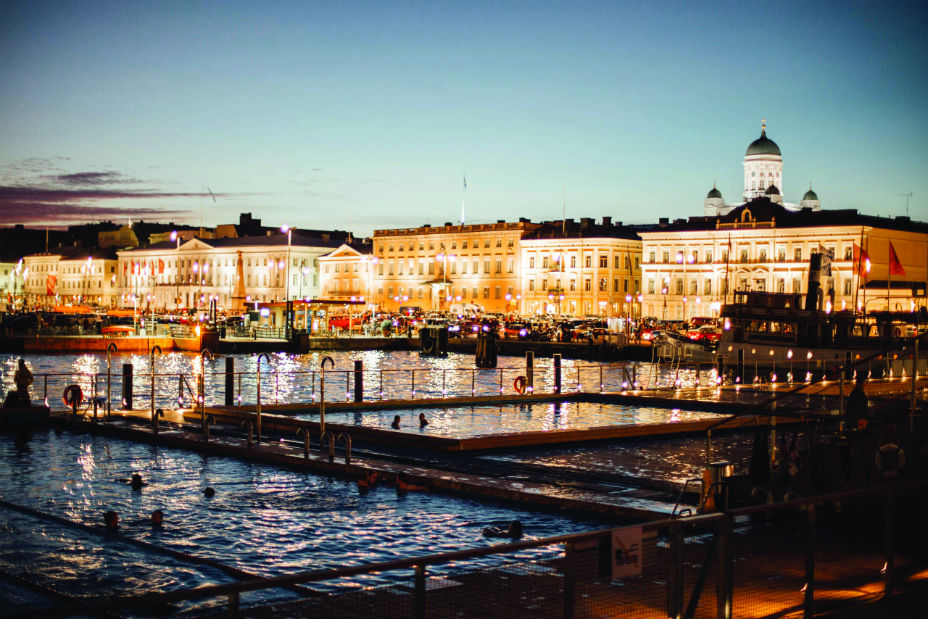 While many associate Finnish cinema with low-budget art house dramas — the likes of Aki Kaurismaki’s The Man Without a Past or Juho Kuosmanen’s The Happiest Day in the Life of Olli Maki — over the past decade, the local industry has been steadily moving into the mainstream with crowd-pleasers such as the Lapland Odyssey comedy trilogy, which took in $14 million at the Finnish box office. Along the way, Helsinki crews have learned, as Makaroff puts it, to “think big and be ambitious” while still retaining the flexibility — and efficiency — developed during years of working on no-budget indies. The result: Unit line costs in Finland are a fraction of those in Sweden or Germany.

“I was actually surprised how reasonably priced the crews were, given their expertise,” says Thomas Disch, a German producer of Bullets, which shot largely in and around Helsinki. “They work with smaller, tighter crews, and the value for money is extremely high.”

The Finns pride themselves on working hard — the industry baseline starts with a 10-hour day and goes up from there — and are famously reliable and conscientious.

“You make a deal with a company in Finland and it will be honored, 100 percent,” says Anni Wessman, head of international at the Finnish production association APFI, noting that Finland regularly ranks as among the least corrupt and safest nations in the world. Transparency International ranks Finland third on its list of least-corrupt nations worldwide (behind Denmark and New Zealand), and, in a U.S. State Department report last year, the Overseas Security Advisory Council declared that the country is “one of the safest in the world and has one of the world’s most effective police forces.”

This can have knock-on effects for location shoots. “You won’t need to spend much on set security,” notes Wessman. “Crime isn’t a problem here.”

Aside from such practical considerations, Finland’s pitch to international producers involves playing up the country’s stunning natural beauty — some 100,000 lakes and 20,000 miles of coastline, thousands of miles of untouched (and despite President Trump’s claim, also unraked) forest, and a climate that can pretty much guarantee snow. “We have 200 snow days a year — if you want snow, we’ve got it,” says Wessman. Not to mention Lapland in the far north, which boasts 24-hour sunlight in the summer and, in winter, endless night — with the spectacular natural VFX that are the aurora borealis.

“The nature, the light in Finland is unique,” says Makaroff. “It creates a special atmosphere, something you haven’t really seen in film and TV. That’s why I think the future is not in Nordic Noir. The future is in Nordic Light.”

Berlin's Departing Director on 18 Years at the Fest: "It's Not Just a Place to Take Selfies"

Arctic Circle
The stunning Lapland landscape forms the backdrop to this European crime drama, about a policewoman and a virologist who travel north to discover the source of a deadly virus. From German mini-major Bavaria Fiction and Finland’s Yellow Film.

The Ark: An Iron Sky Story
This Chinese spinoff of the cult sci-fi franchise — featuring Andy Garcia as a member of the Illuminati (don’t ask) — was able to tap Finland’s new financing scheme thanks in part to its Finnish director, Timo Vuorensola.

Bayoneta
Mexican star Luis Gerardo Mendez is cast against type in this true story of Miguel “Bayoneta” Galindez, a retired Tijuana boxer who tries to build a new life for himself as a trainer in Finland. Produced with Finnish period-film specialists Matila Rohr Productions (1944).

Moominvalley
This Finnish-British-Japanese-South Korean-Chinese co-prod highlights both the technical skills on hand in Helsinki (from lead producers Gully) and the country’s co-production setup, which allowed Moominvalley to combine financing from across Europe and Asia with ease.

This story first appeared in The Hollywood Reporter’s Feb. 7 daily issue at the Berlin Film Festival.