Wonder Woman’s lesser-known twin sister is finally going to get the spotlight she deserves almost half a century after she first appeared, with DC announcing a new YA graphic novel for early next year titled simply Nubia: Real One.

Nubia was introduced in 1973’s Wonder Woman No. 204, with her backstory revealed two issues later: She was, it turns out, created by Queen Hippolyta at the same time as Diana was, with both formed out of the same clay, and brought to life together by the ancient gods — only for Nubia to be kidnapped and raised away from her sister, who was never even told of her existence. The character has only made a handful of appearances in the decades since her debut storyline.

The graphic novel revival of the character will be handled by YA novelist L.L. McKinney and artist Robyn Smith. In a statement, McKinney explained, “What’s funny is I didn’t initially set out to pitch a Nubia graphic novel. I was invited to pitch something else, but I made the decision when writing the pitch itself to add in Nubia. I’ve been a fan since pretty much birth, and I’ve watched her get moved around and appear in various iterations, none of them touching me the same way her original one had. I mean, this was Wonder Woman’s twin sister, just as strong, just as fast, if not stronger and faster. And she was black! So, I added her in to my pitch for the other project. I guess something about her stuck out to the team because they emailed me and essentially asked for a pitch about Nubia.”

Added Smith, “Working [with McKinney] has been great, especially since our artistic objectives seem to be the same: all Black everything. In Nubia, I wanted to focus my illustrations on creating something both light and emotionally resonant. Most of my work is heavily influenced by Harry Lucey’s Archie, so finding a way to incorporate that charm and joyful feel into a story centered around more serious issues was important to me. I hope fans reading Nubia feel the same sort of excitement I felt illustrating the characters and their beautifully crafted stories.”

Nubia: Real One will also feature Brie Henderson and Bec Glendining as interior and cover color artists, respectively. The book is set to be released Feb. 2, 2021. Samples of Smith’s artwork for the book are below. 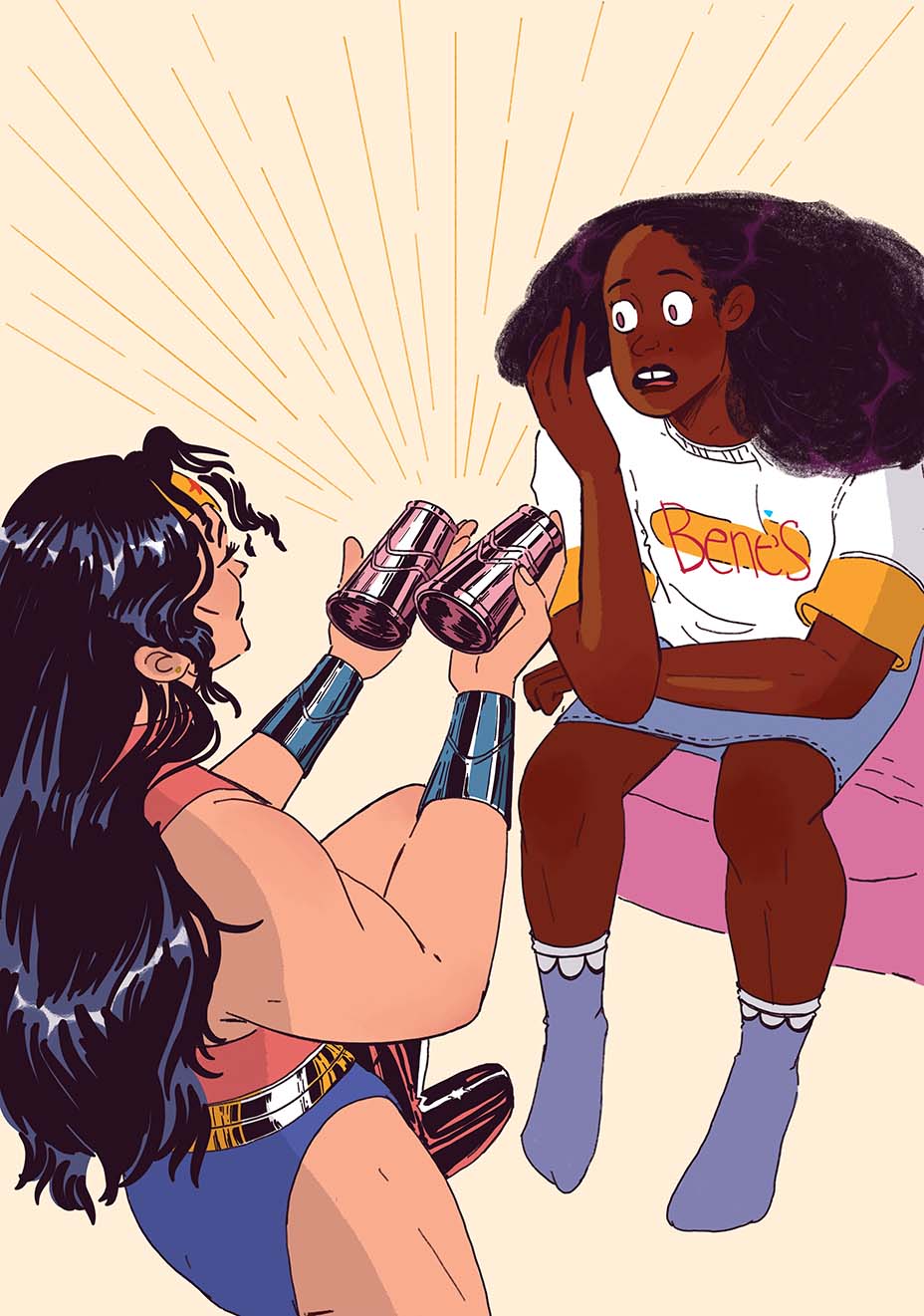 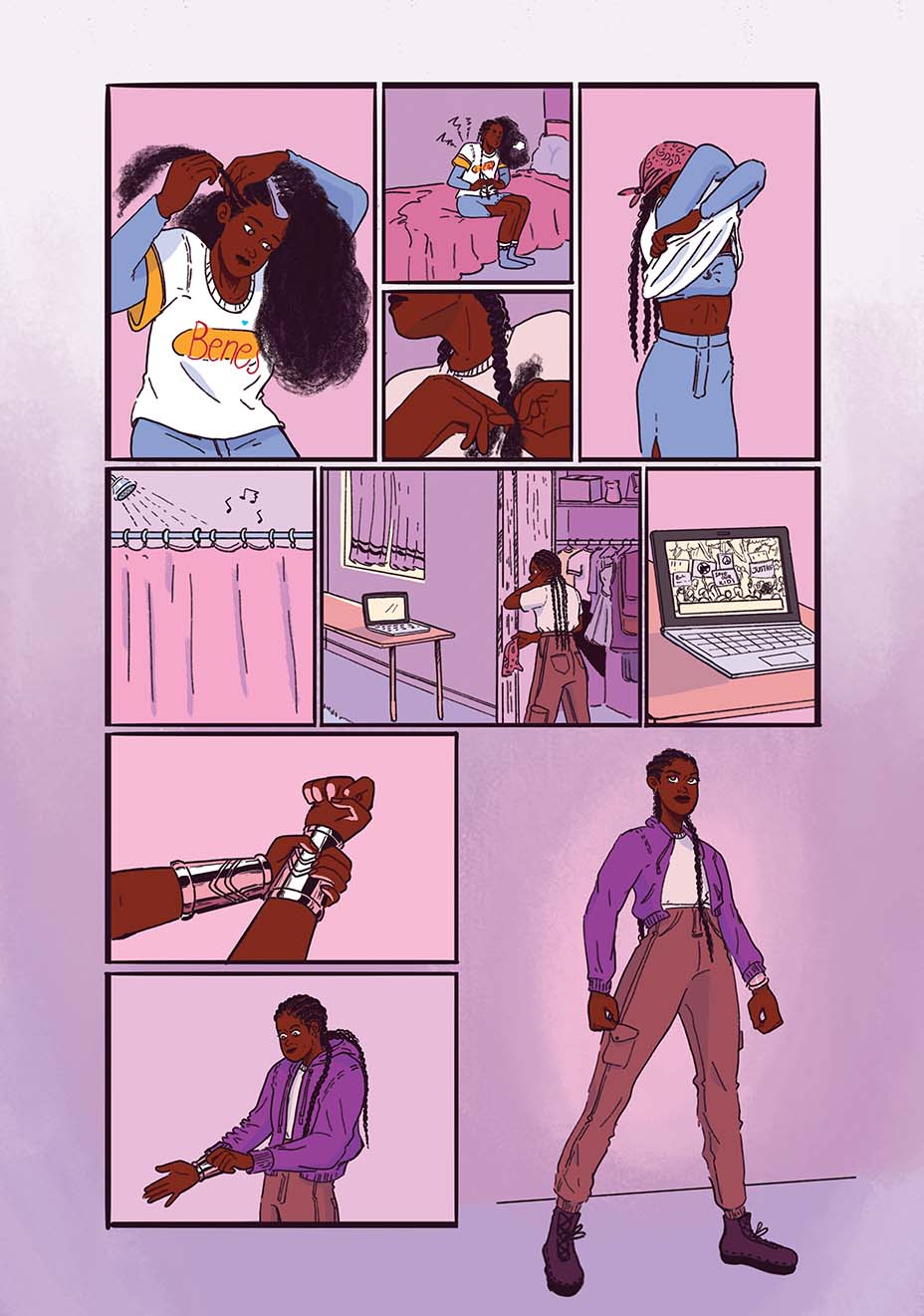 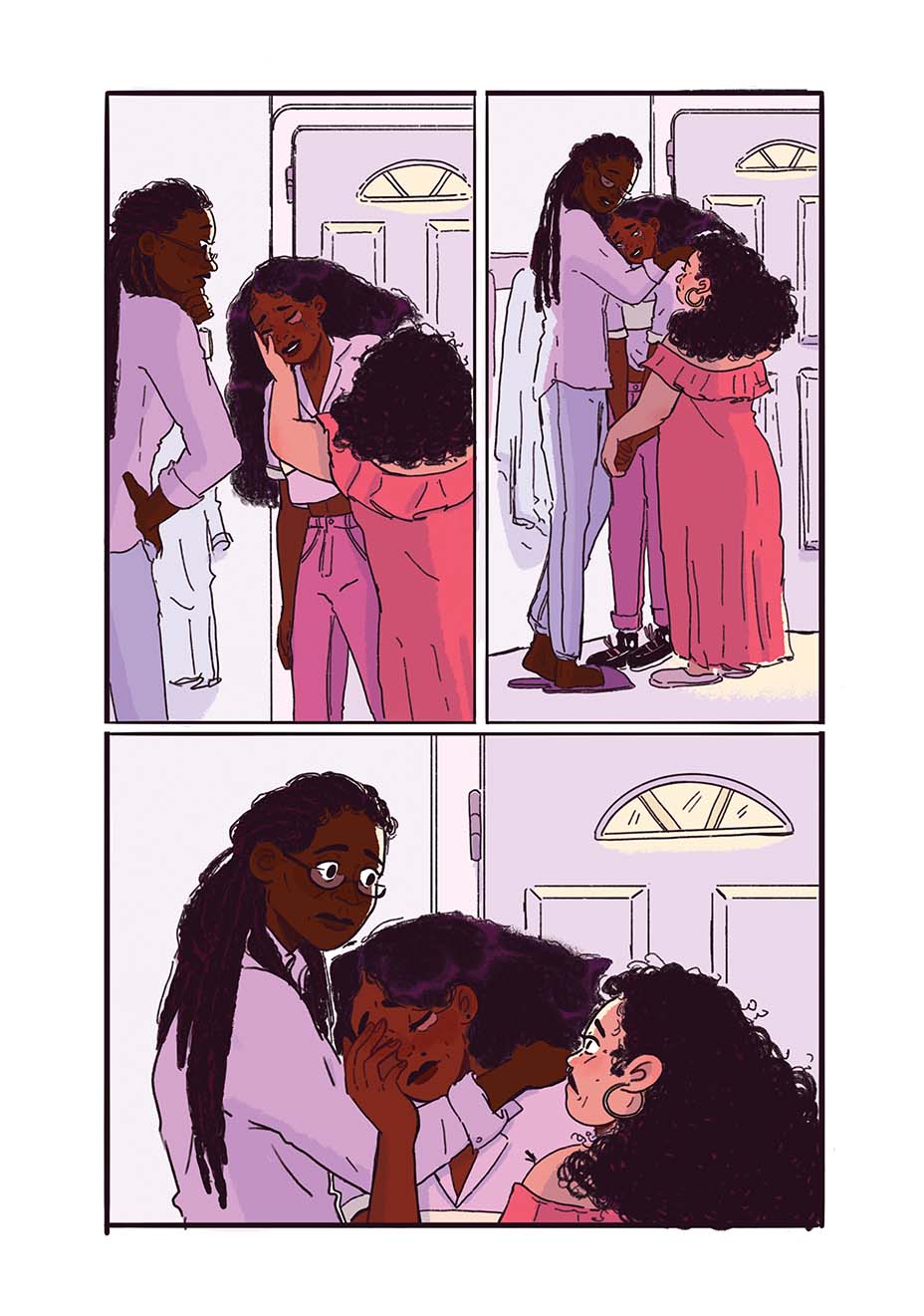 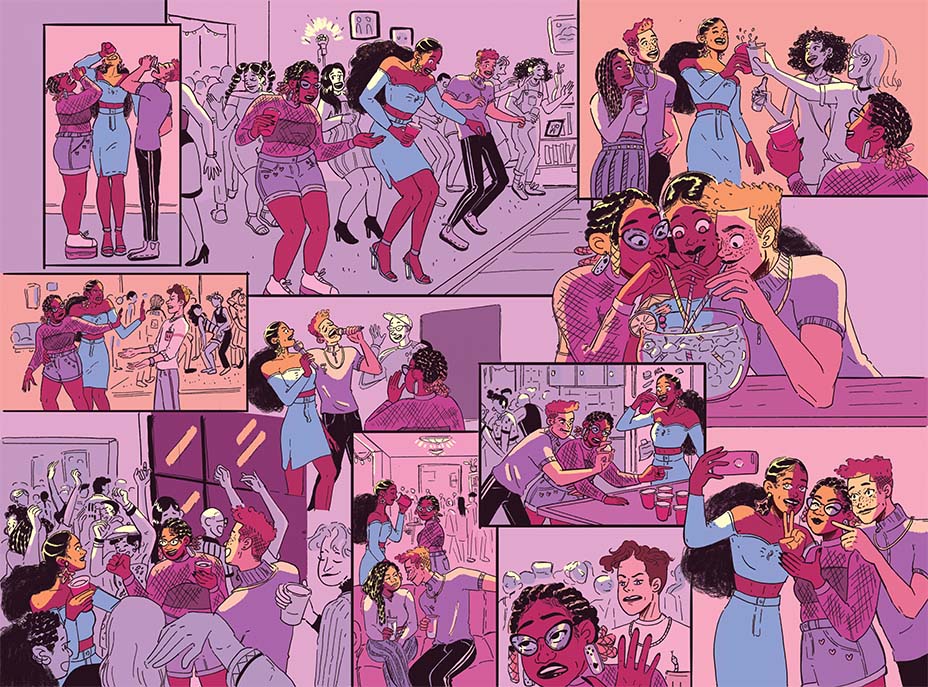 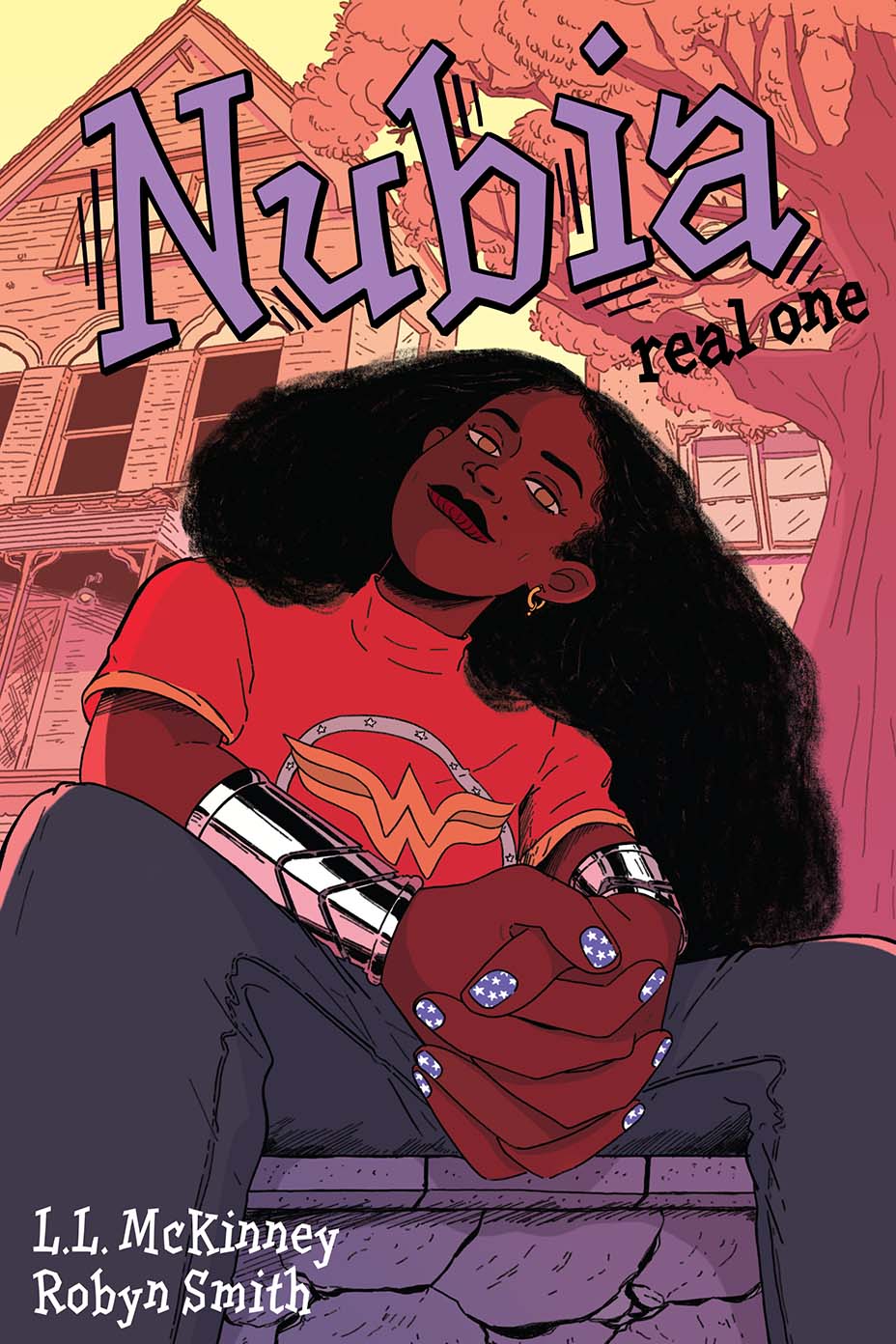