Ahead of the premiere of the television version of Snowpiercer next month, Titan Comics has created an infographic showing where the multiple incarnations of the post-apocalyptic thriller fall on a timeline following the extinction event that plunged the world into a frozen wasteland. In the process, the graphic shows how each different take of the story interrelates.

TNT’s Snowpiercer is, technically, a reimagined version of the 2013 film of the same name directed by Bong Joon-Ho, which is itself a reimagined version of the graphic novel series launched by 1982’s Le Transperceneige, created by Jacques Lob and Jean-Marc Rochette and published by Casterman in France. English-language editions were published starting in 2014 by Titan, which is also publishing the current Snowpiercer: The Prequel series.

As Titan’s timeline demonstrates, each incarnation of the concept shifts the story into a different time period relative to the extinction event, with the show taking place eight years relative to the movie and slightly before the original graphic novel — yet both the second and third volumes of the graphic novel series take place farther into the timeline than any onscreen version.

To tie in with the TNT series, Titan is republishing the original graphic novels with new covers, to be released this summer. Jake Devin, who edits the series for Titan, told The Hollywood Reporter, “You haven’t experienced Snowpiercer until you’ve read the graphic novel collection — this timeline is the perfect guide to those who want to jump aboard but don’t know where to start, and those who want to take the journey all over again from the very beginning.”

The TNT Snowpiercer series debuts May 17. Titan’s Snowpiercer reissues will be released June and July. 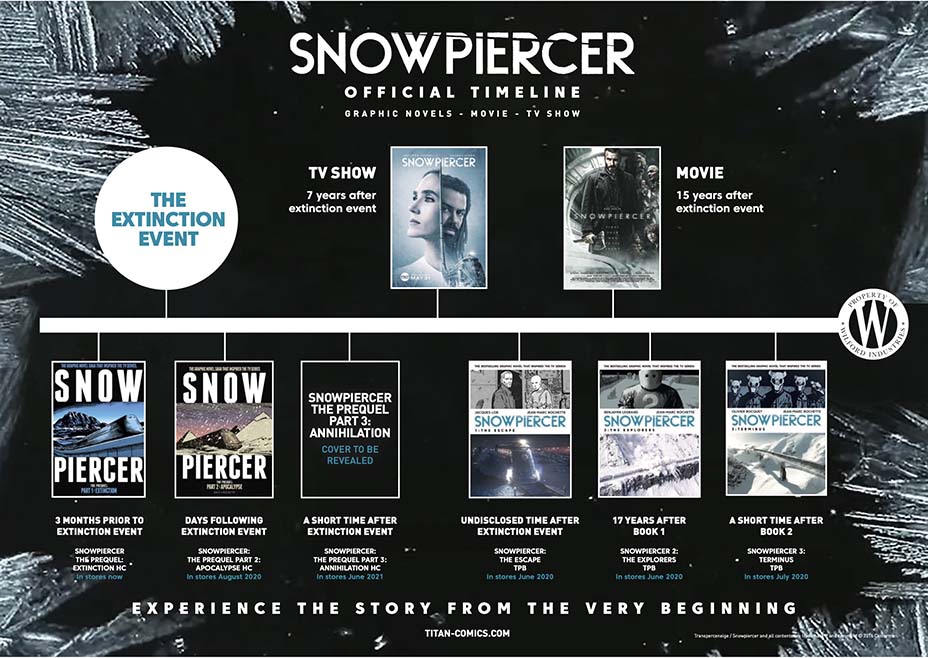 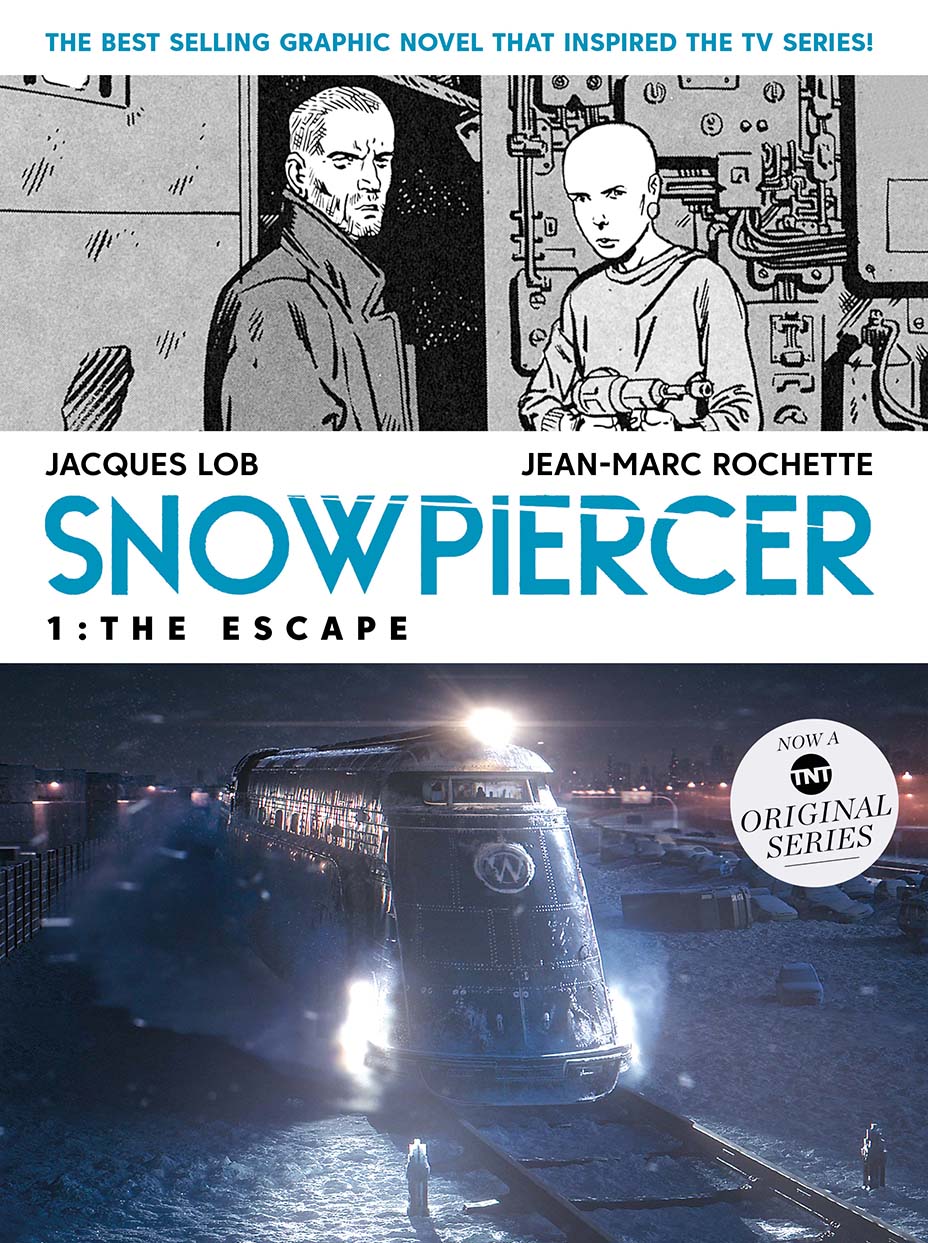 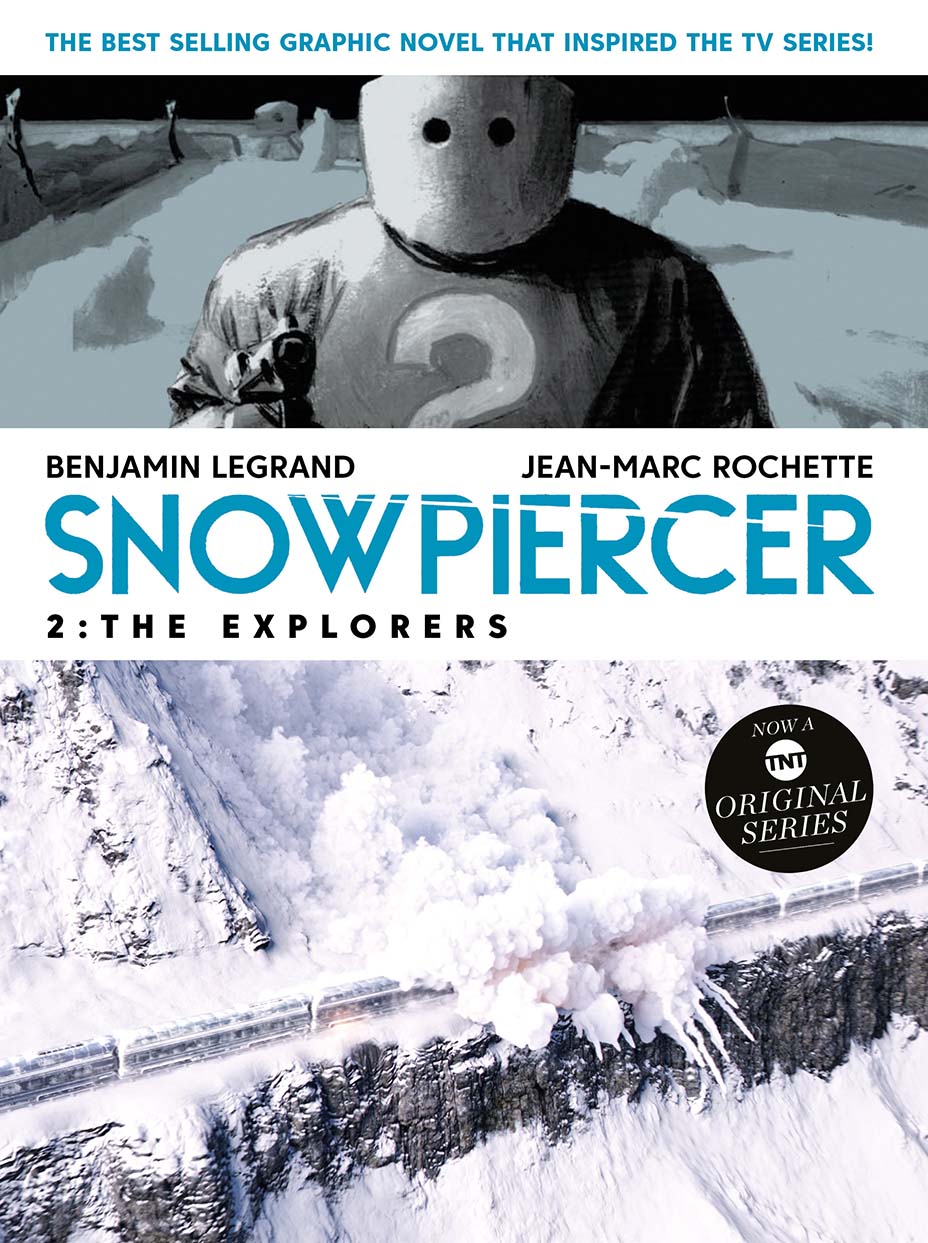 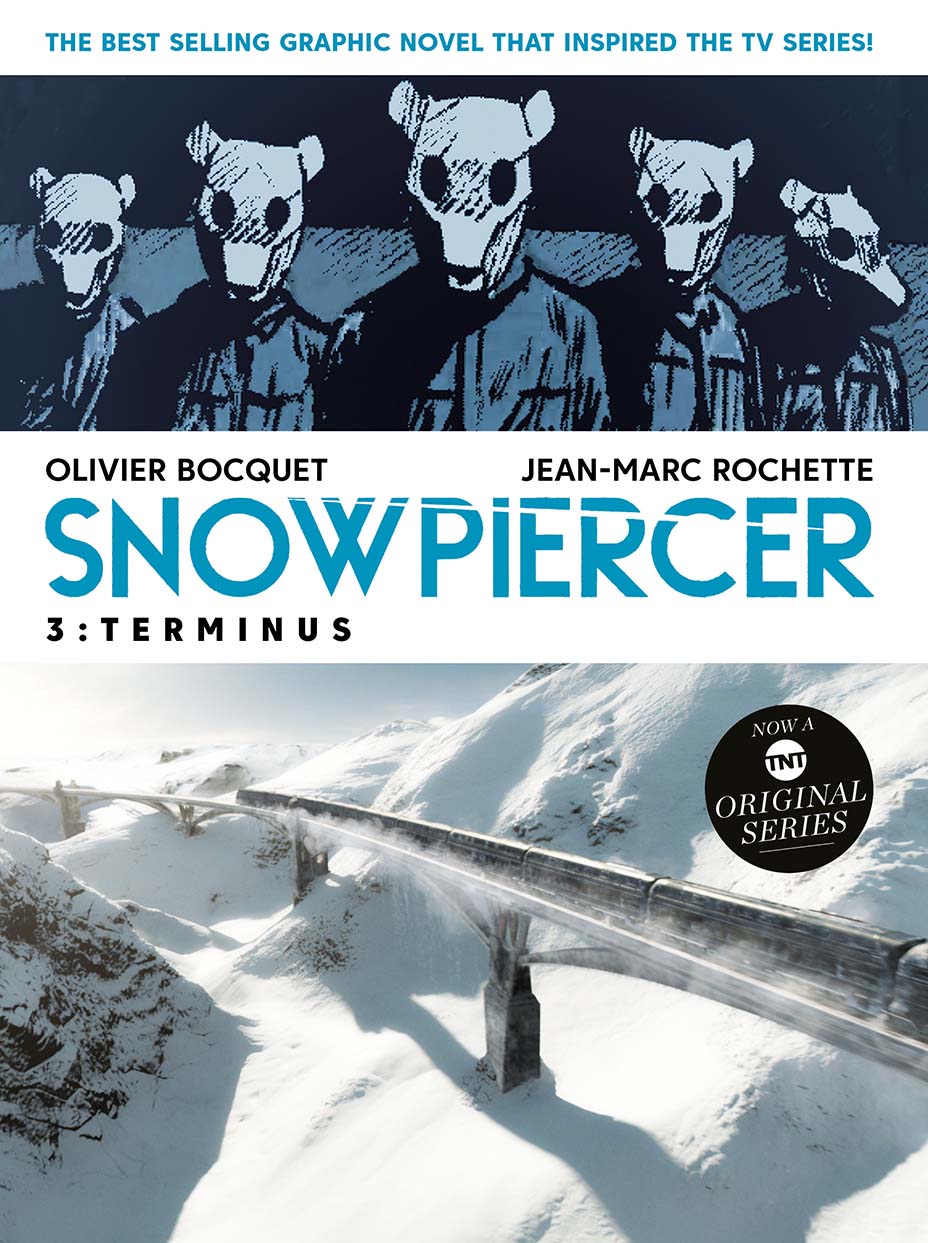