The first issue of Omni — the latest release from H1, the shared superhero universe from indie publisher Humanoids — is the start of something new for its main character, a doctor with the ability to think at superspeed. But it’s also something new for artist Alitha E. Martinez, who created the issue with writer Devin Grayson.

Martinez has been working in comics for more than two decades, first as an inker on the critically acclaimed Black Panther run published through the Marvel Knights imprint, then quickly becoming a penciler in her own right on Iron Man, DC’s Batgirl and a host of other projects. She’s worked on titles as diverse as Black Panther: World of Wakanda to Archie’s Riverdale and Image Comics’ Lazarus, but Omni allows her the chance to create a whole new world, and a new kind of superhero.

Heat Vision talked to the artist about what the series means to her, and what it could mean in a wider sense, as well.

Omni feels like it allows you a lot of freedom, but a lot of challenges, too; in terms of genre, it’s complicated — Is it a superhero story? Is it a medical drama? Is it a political thriller?

You hit the nail on the head. Omni provides both the ultimate freedom and the ultimate challenge. It’s rare because, to me, it is a medical drama beyond the scope of the typical comic book. Instead of choreographing fight scenes, I’ve been researching medical procedures. There was a time when comic books served as a learning tool for people who were learning English, or like me, returning to English. The pictures reinforced the words, fostering a firm grasp on the language. I don’t know if that was foreseen as a use for comics, but it is a very real part of what comic book means to people who are new to English. Comic books introduce new ideas and new normals.

I remember a time when girls, especially girls of color, were not thought to be particularly bright. I’ve sat in advance classes where my classmates would tell me that my smarts were going to slip away from me. Black women were not good at math. To this day, I don’t consider myself competent mathematically, though I use geometry every day to draw. How could such things be said after movies like Hidden Figures exposed the truth?

Comic books have put forth a wealth of intellectuals who are young, gifted and black. Moon Girl — the smartest there is. [Omni’s main character] Ceclia, possibly even smarter because she can tap all nine levels of human intelligence. Do you see this? No little girl will ever sit in another classroom worried about waking up stupid. More and more, there are examples of strength and accomplishments that are far beyond stereotypes and much more reflective of the real world.

You’ve been working in comics for awhile, and you’ve had projects like World of Wakanda, Black Panther, X-Men Gold, Greg Rucka’s Lazarus X+66 — and yet it feels as if this could be the breakthrough project for you, the one that allows you the platform and the space to show people what you’re capable of.

I’ve been an industry workhorse for 20 years, with quite a few big titles under my belt, including my first book Iron Man; after all this time, I’m very glad that I can be considered new, fresh and exciting. Every project is a chance to grow. My style tends to morph to suit the book — it’s never easy. Oftentimes, I’m up late wondering how I got myself in so deep, but that’s exactly the point of this kind of storytelling. It should be challenging, it should be uncomfortable and it should push the artist.?

Does the idea of something being a breakthrough factor into how you work on a project?

If I can leave a project more with more knowledge and confidence than I started it with, I consider it a breakthrough. It’s more important to me that I can open the door for new artists, especially women and POC in this industry. When I started, I was a unicorn — there were no other women of color working for the big two in the capacity of penciler, so every book was a new fight. Even today, I’m in a constant state of having to prove myself, and that’s okay. I have seen what each battle really accomplishes.

New women come up that don’t face the same sort of questions of competency and longevity. It’s a given that a woman can carry a big title. It’s amazing, and it validates every single rejection and every single question that I had ever faced. POC have more of a voice than ever. I’m still trying to find my voice in a very real way.

There’s a double-page spread in the first issue where Cecelia uses her powers for the first time, and it’s amazing — it feels revelatory, not only in terms of her power set, but the visuals; the positioning of the figures, the way you’re using the space. Can you talk about how you approached that spread, and the visual shorthand for Cecelia’s powers in general?

I’m not one of those artists who do detailed layouts. When I read a script, the words expand into a movie that plays in my mind. I try to capture stills from that movie; half of the time, I’m not as successful as I wish. The hardest part about that is letting go of my vision of the script to be certain that I’m capturing what the writer and the editor wants. Ultimately, it isn’t really my story. I’m one part of a collective that is working together to bring the story to life.

It can’t be ignored; Omni features that sadly rare thing in superhero comics: a lead who is a woman of color. You talked before about your own experience as a woman of color — was Cecelia’s existence something that drew you to the project?

Yes, it cannot be nor should it be ignored that Omni is painting the portrait of strong women. Hopefully, Cecelia will become a part of the comic mosaic that future readers will look upon as the norm and not the exception. Creators bear the responsibility to tell inclusive stories in the mainstream. I don’t indict the narrow scope of the past — in fact, I ask, was it truly narrow or was that the portrait of life for a selection of creators who lived in a much smaller world?

Stan Lee and Jack King Kirby. Jerry Siegel and Joe Shuster. William Moulton Marston. Bill Finger and Bob Kane. Ditko, Priest. These are just a few of the great creators who sparked our imagination. By no means should we erase what they began; instead, we should add our broader vision, our deeper understanding and all aspects of our brave new world to the foundation that they laid for us.

'Pumpkinheads': Watch the Trailer for the YA Graphic Novel (Exclusive)

Omni No. 1 will be released in comic book stores and digitally Wednesday. Below, a preview of the issue, including the cover by Mike McKone. 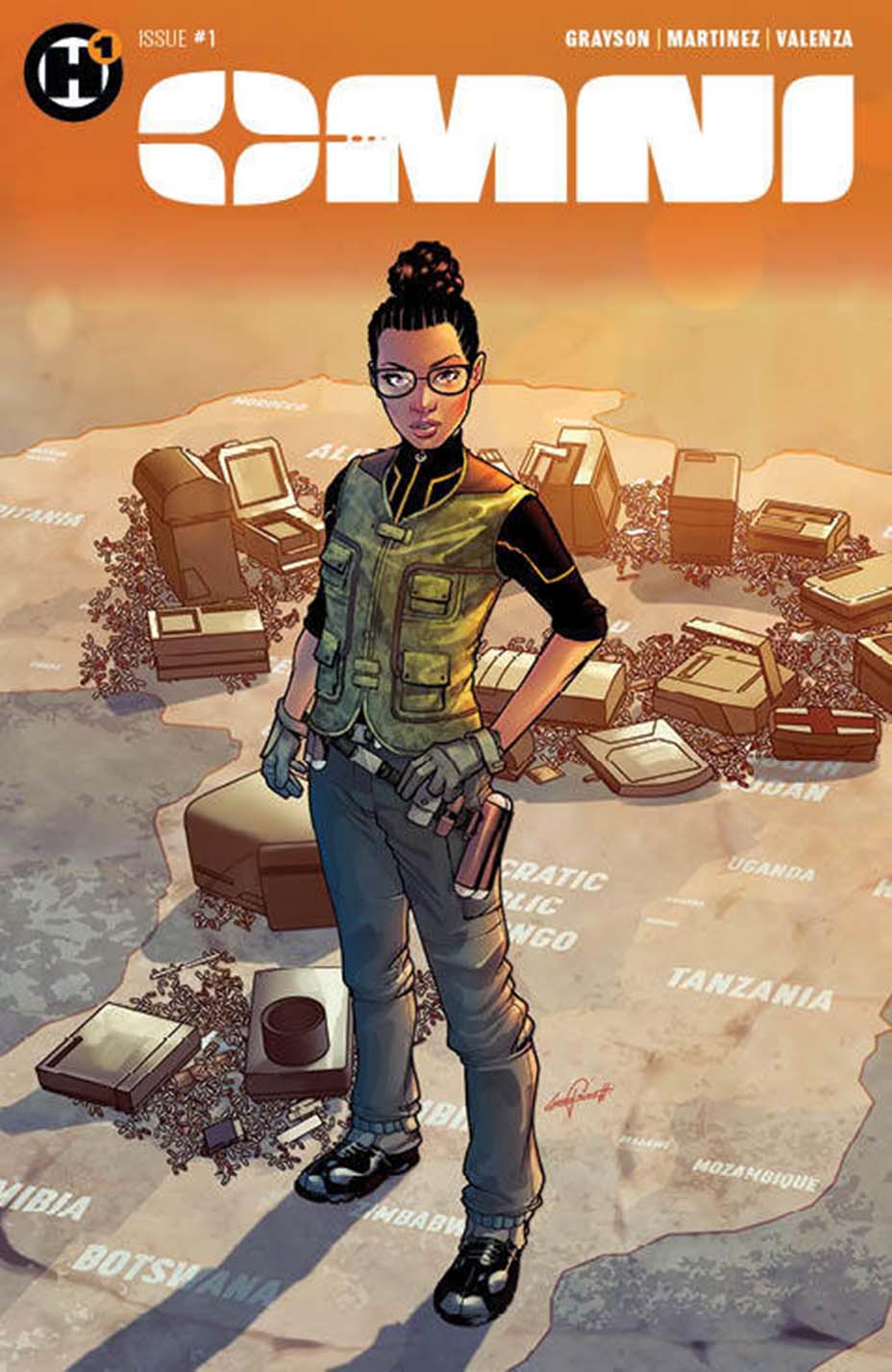 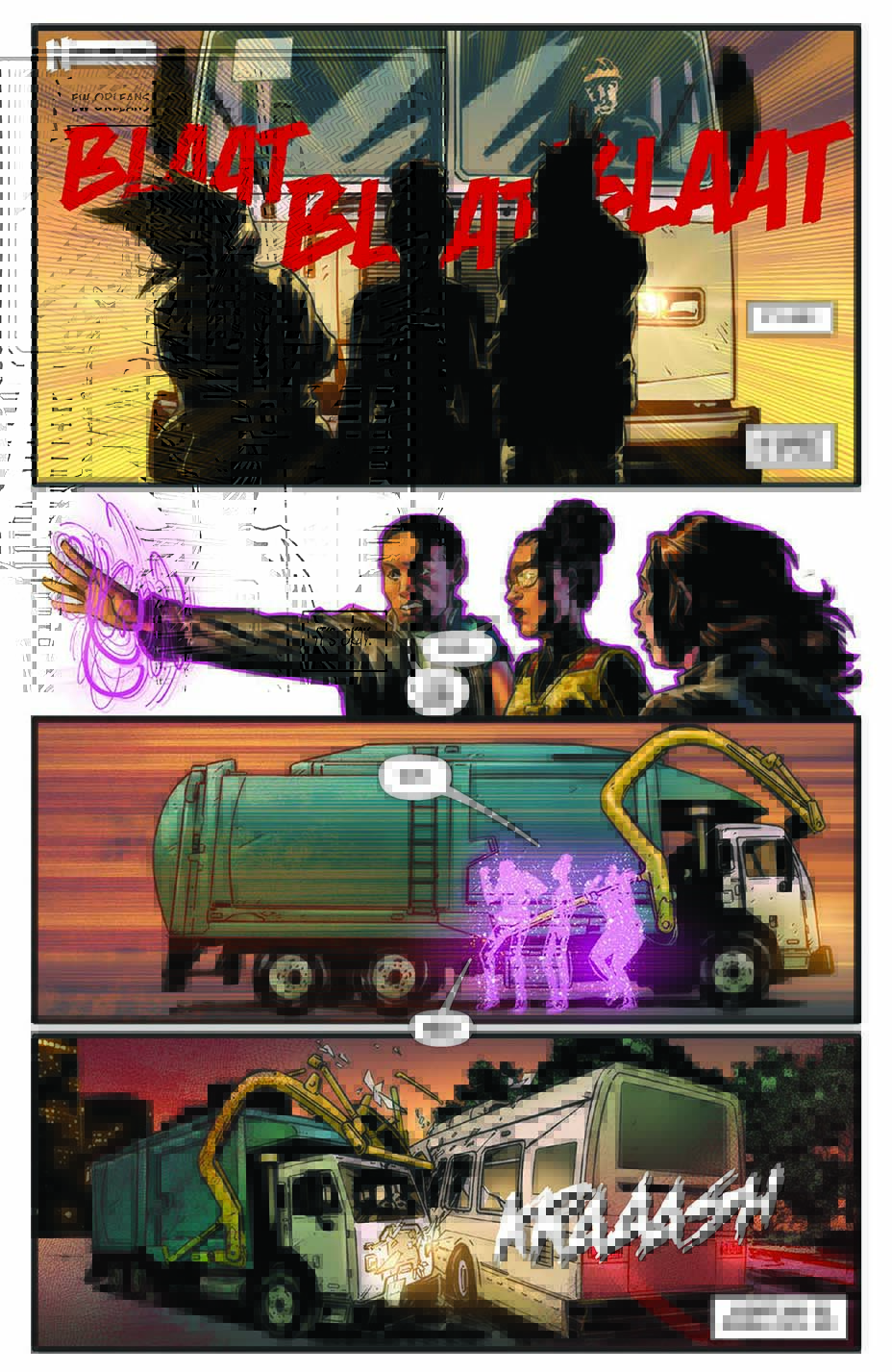 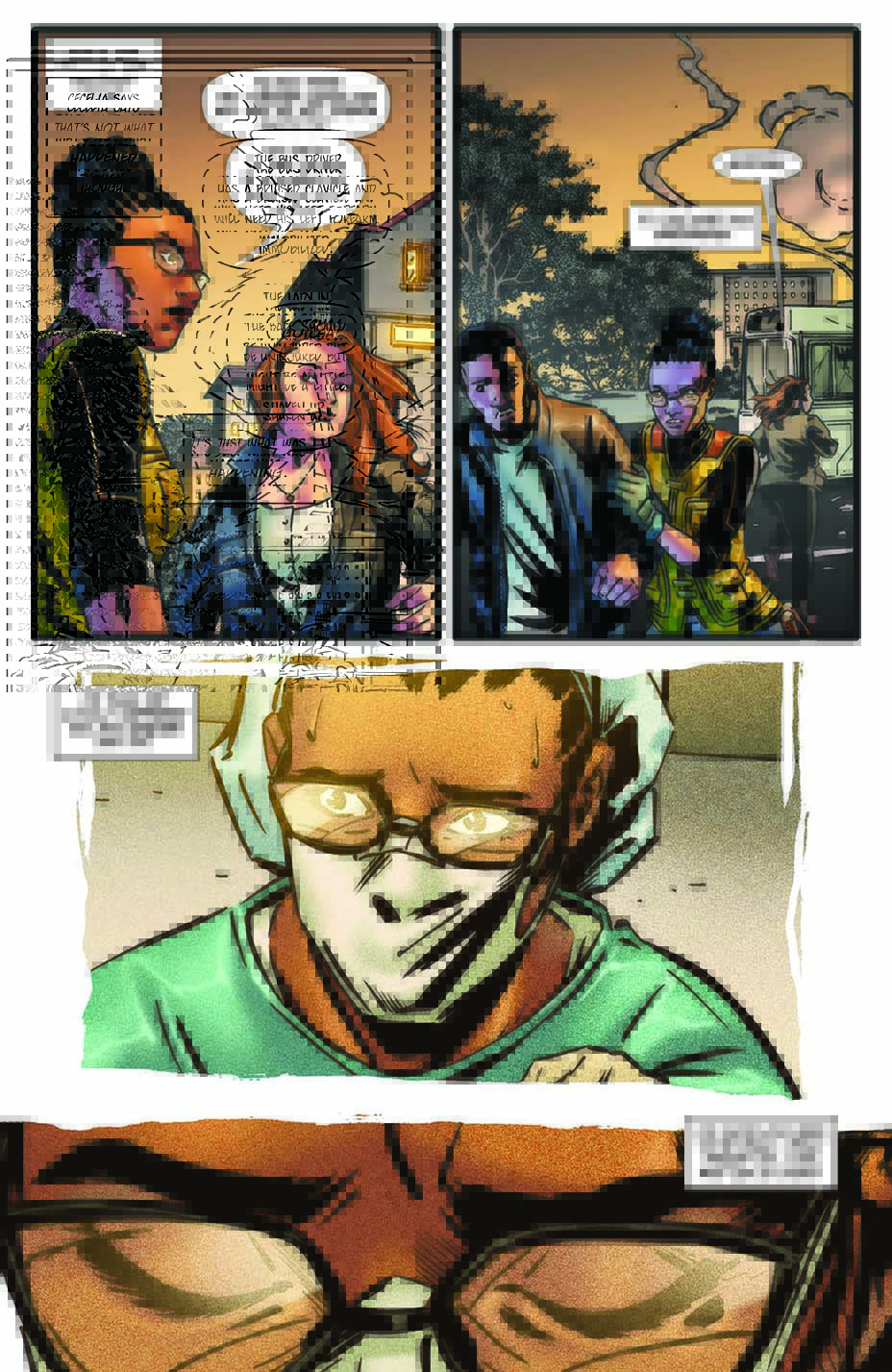 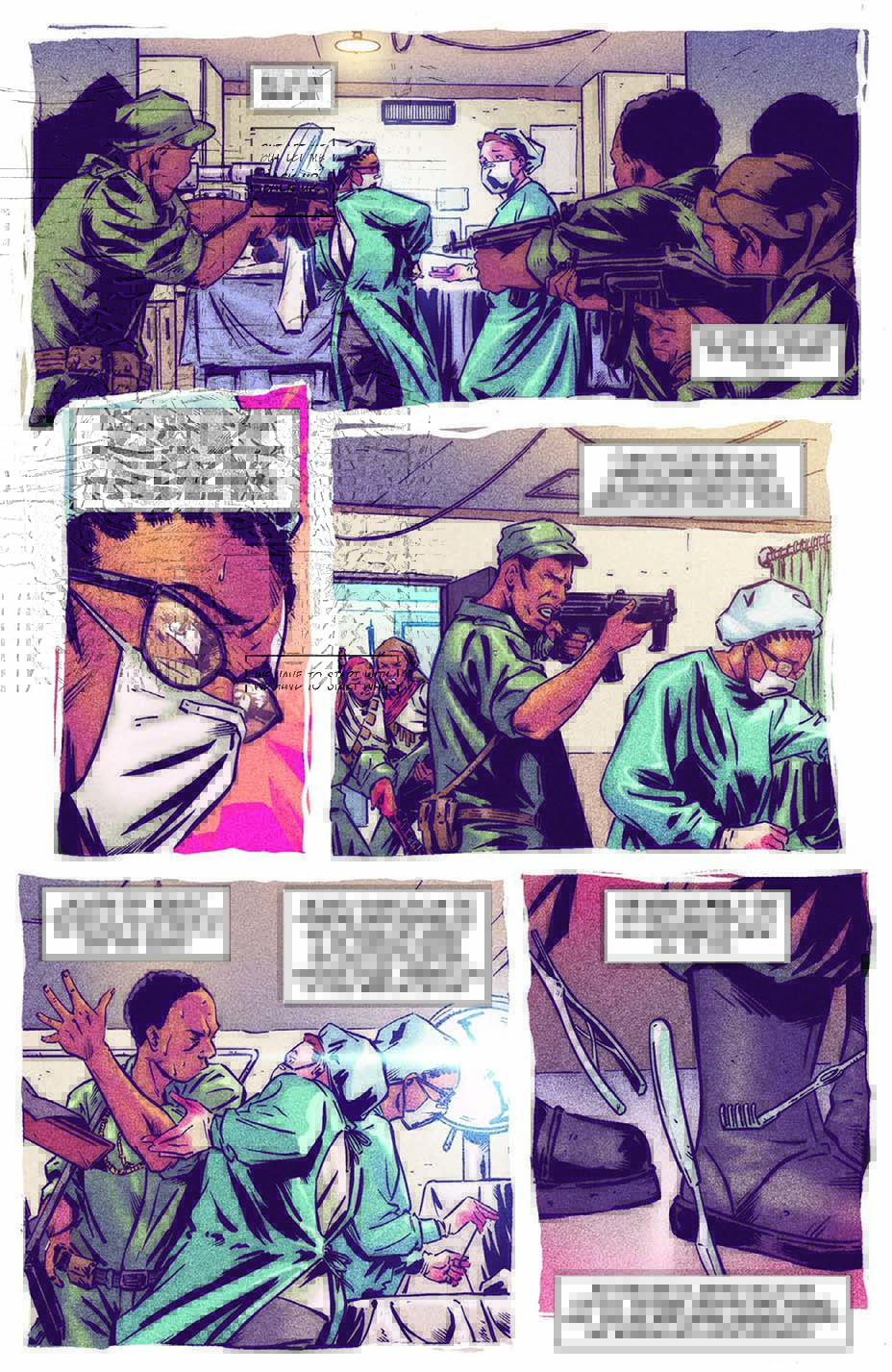 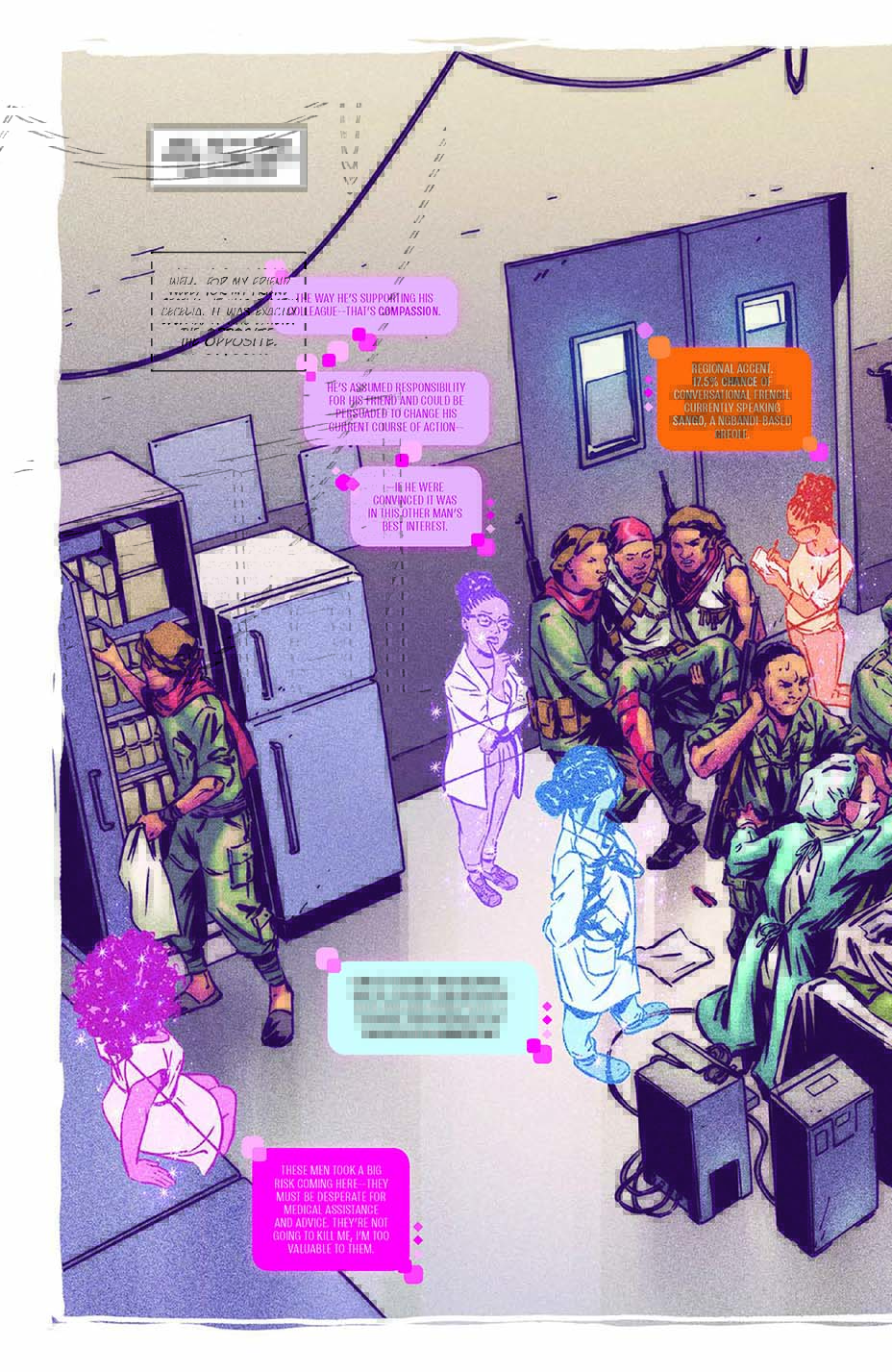 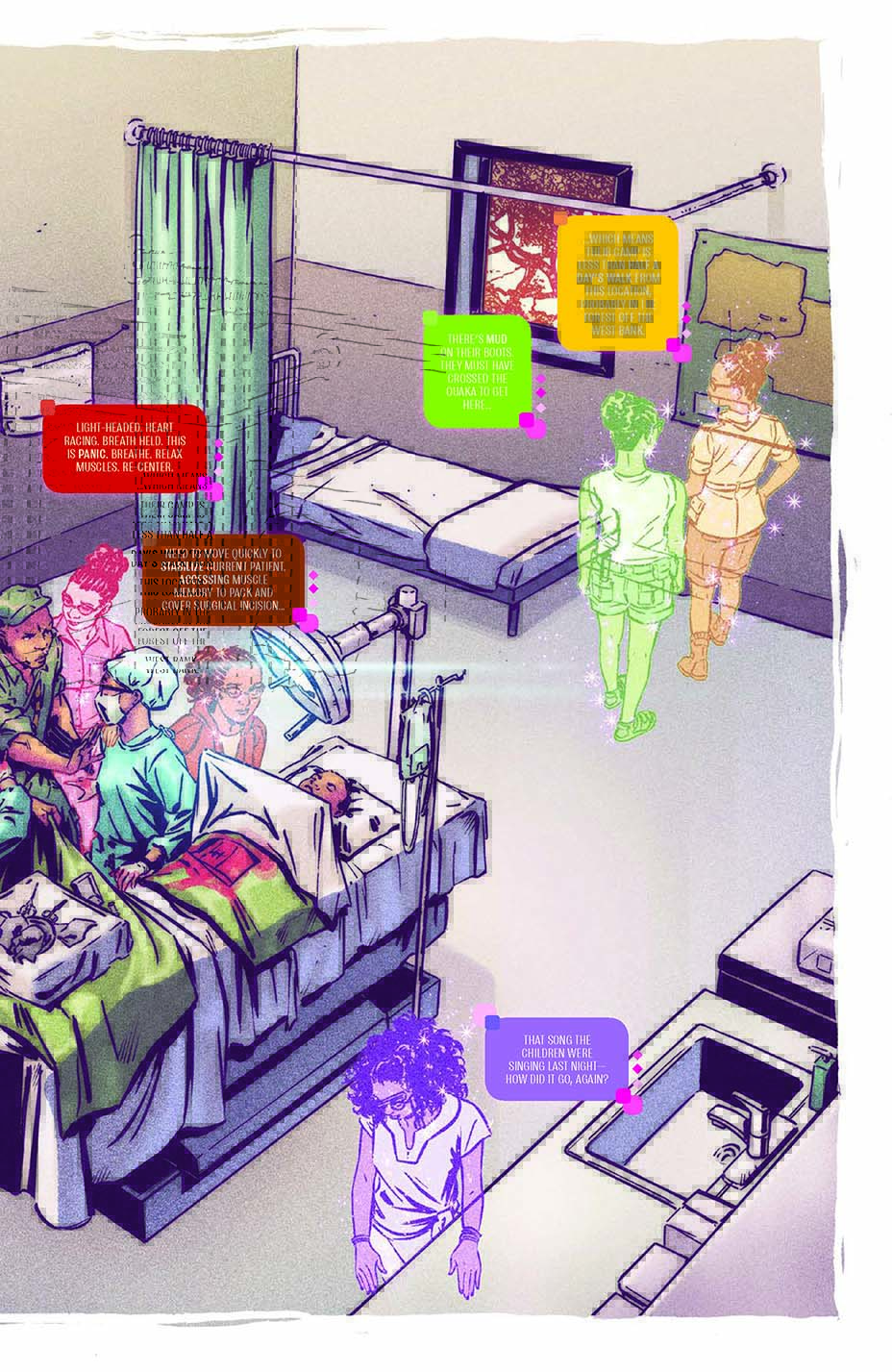 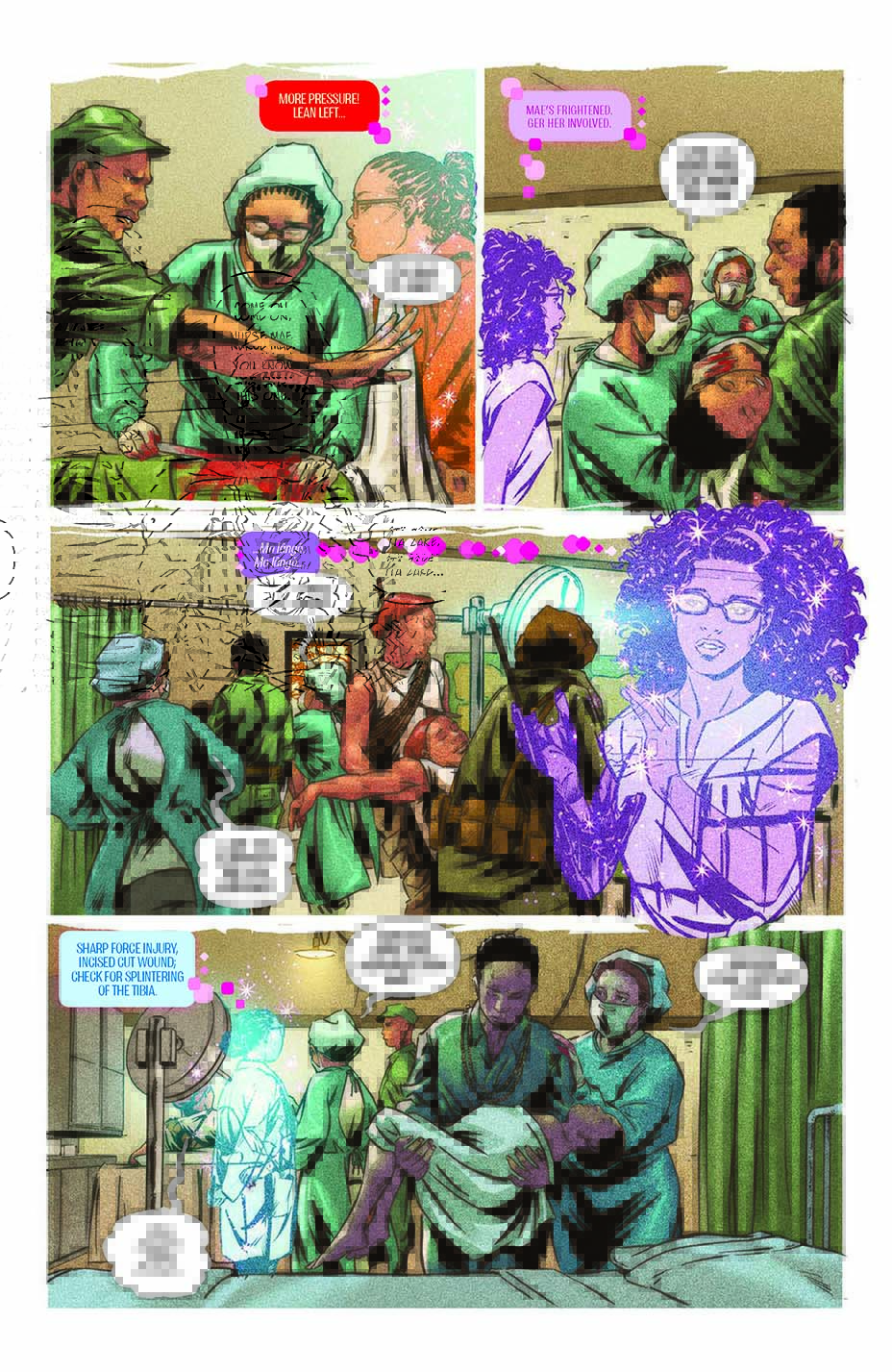 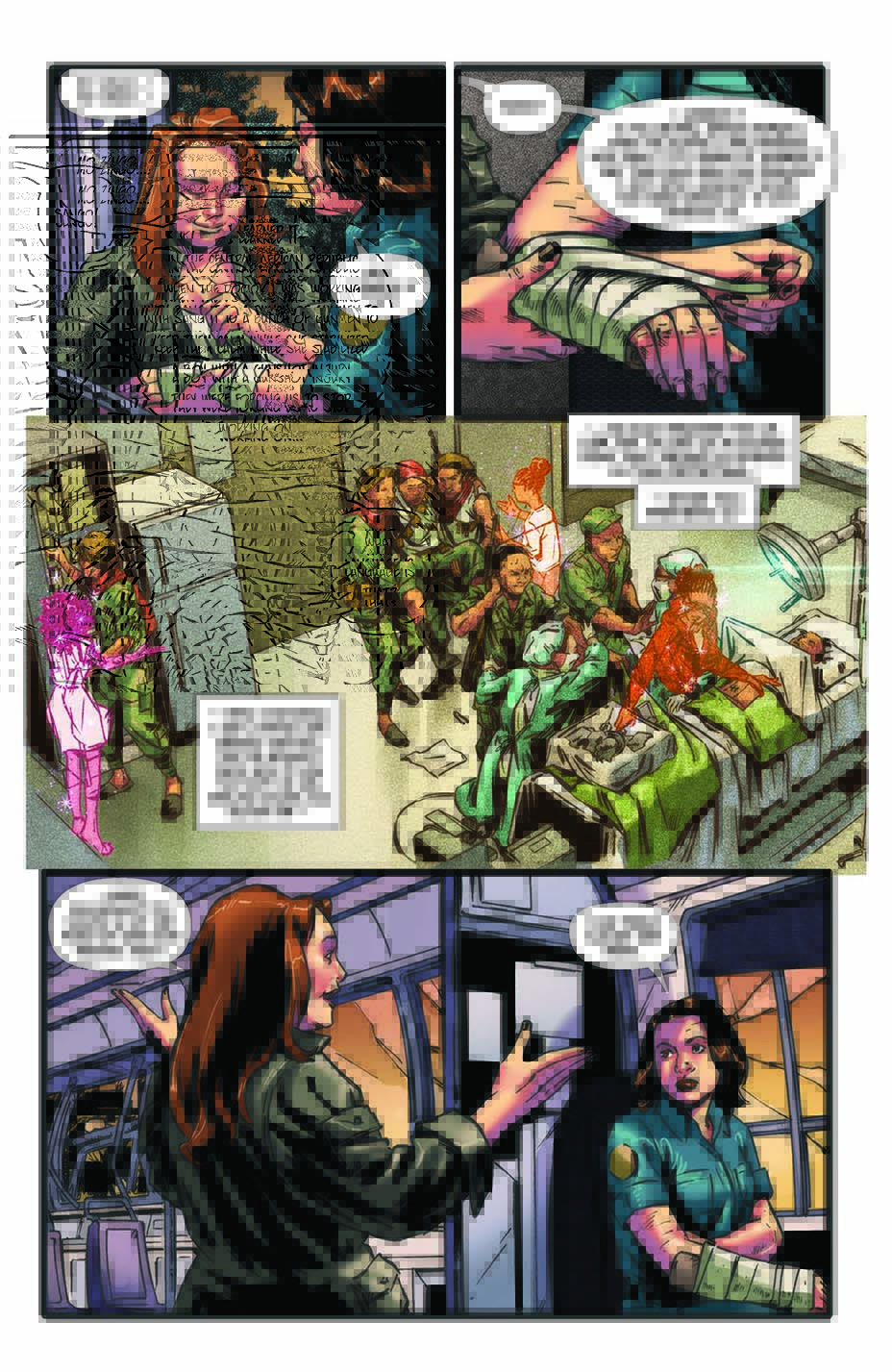