Zhang Yimou, one of the world’s great auteurs, isn’t expected to be in attendance at the 2019 Cannes Film Festival — but not because his latest film was finished too late, or because it wasn’t aesthetically up to snuff to make the cut.

Instead, the acclaimed Chinese director has suffered the perverse fate of seeing his new film — the achingly personal period drama One Second — withheld from contention precisely because it is reputed to be so good that it might take home multiple awards, something the Chinese government is said to very much not want.

Zhang, a two-time Oscar nominee whose work is famously adored by Steven Spielberg, has seen his career take some hits in recent years. After achieving a series of historic milestones for Chinese cinema— ranging from winning the Berlin Golden Bear once (Red Sorghum) and the Venice Golden Lion twice (The Story of Qiu Ju, Not One Less) and achieving two of mainland China’s first global box-office successes with Hero ($177 million in 2002) and House of Flying Daggers ($92 million, 2004) — Zhang attempted to carry the water for his government’s officially encouraged push into international co-productions, directing the ill-fated Christian Bale period drama The Flowers of War (2011) and the debacle that was Legendary’s The Great Wall (2016), featuring Matt Damon in ancient China with a ponytail. Zhang made a critically appreciated return to stylized martial arts filmmaking last year with Shadow, but the film didn’t make quite as big an impact at China’s now-enormous box office as most had hoped ($90 million).

Zhang’s latest feature, One Second, was said to be something excitingly different. Details of the film’s production were kept under wraps until an announcement in January that it would be premiering in competition at the Berlin International Film Festival. As the festival approached in February, snippets of information about the movie began to percolate through the Beijing film industry.

Starring Zhang Yi and Fan Wei, the film was said to be Zhang’s most personal project in years, one he had been wanting to make for nearly a decade. Set during China’s 1966-76 Cultural Revolution period — the depravations of which the director experienced firsthand when he was sent away to the countryside for political re-education in his youth — One Second was shot in and around the small Chinese town of Dunhuang, known for its evocative, sand dune-swathed landscape.

The film’s story centers on an ex-con and young woman bound together by parallel pursuits of an enigmatic film reel, one of the countless propagandistic news reels that were transported across the countryside during that time for the entertainment and political edification of rural villagers. The man, recently escaped from a Cultural Revolution prison farm, has reason to believe the reel contains a glimpse — lasting just a single second — of his beloved, deceased daughter. The girl carries her own desperate motives stemming from personal loss and a hoped-for glimmer of redemption. Early marketing positioned the film as Zhang’s ode to lost time and his personal love letter to cinema (his most devoted fans, meanwhile, may also have noticed thematic resemblances in the fact that the director is known to have once been painfully estranged from a daughter of his own, from an earlier marriage).

As Zhang’s first pure festival film in years, One Second was keenly anticipated in Berlin by international film buffs. Many in the Chinese industry, meanwhile, simply marveled that he had been permitted to make a movie set during the politically sensitive Cultural Revolution era. Zhang had tackled the topic before, albeit with some distance, in the 2014 period drama Coming Home, which received a special screening in Cannes that year.

The Hollywood Reporter spoke with two of the very select circle of Beijing industry insiders who were invited to view the film during the lead-up to Berlin, both CEOs of major local studios — and both, describing the film as Zhang’s best work in years, were optimistic that it would win the Golden Bear.

Then something strange happened. Two days before the premiere, a message appeared on One Second‘s promotional social media accounts in China: The film had encountered a “technical problem” and was withdrawing from competition. 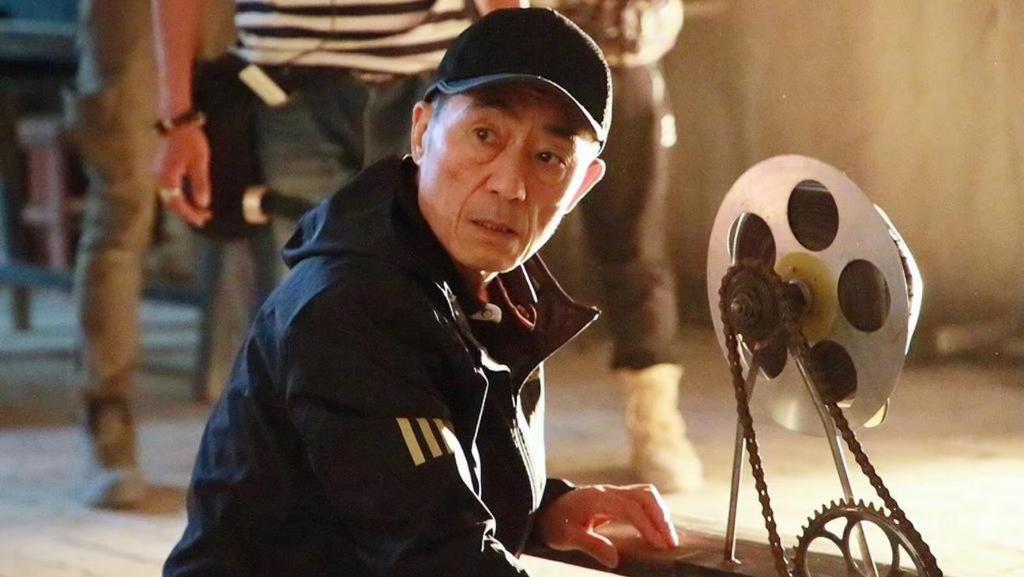 Skeptical that China’s most technically accomplished filmmaker could have encountered an insurmountable snafu during postproduction, the international media soon surmised that the movie must have run into censorship issues. (The film’s producer and international sales agent, Huanxi Media and Edko Films, respectively, have refrained from comment throughout the ordeal.)

Yet Zhang’s film was understood to have received all of the usual censorship approvals from regulators, from preproduction script approval to the postproduction “Dragon Seal,” the latter taking its name from the dragon-embossed title card that plays ahead of every Chinese film, certifying that its content has been okayed by China’s National Film Administration.

Sources close to Zhang’s camp tell The Hollywood Reporter that the initial claim of technical problems was true — to an extent. Chinese films destined for international exhibition have always had to receive a lesser-known third approval guaranteeing that the picture is technically proficient. While the Dragon Seal is used to ensure that the film’s content is politically acceptable, the technical approval simply indicates that the movie meets baseline production requirements, such as being in the correct aspect ratio, having properly functioning sound, and so on. A legacy requirement from China’s scrappier moviemaking days, the technical approval process became a last-minute perfunctory matter years ago.

In One Second‘s curious case, however, Zhang’s team was informed shortly before the Berlin festival that technical approval was being withheld — for reasons that stretched the notion of “technical” to a euphemistic extreme. “Someone senior” in the party’s Propaganda Department had seen the picture and felt that its “general theme was inappropriate,” the filmmakers were told. No additional guidance was immediately available, which essentially precluded any possibility that Zhang could make quick cuts to win approval in time to compete in Berlin (deliberate vagueness being a tactic of censors for time immemorial — for how could a director be expected to make expeditious adjustments to a film’s “general theme”?).

In the months since, some had speculated that Berlin’s loss could become Cannes’ gain. If One Second could be reworked and approved by May, festival director Thierry Frémaux, a longtime friend and fan of Zhang’s, might naturally welcome him back to the Croisette. But when Zhang submitted a re-edited version of One Second to Beijing censors in March, the film was again rejected. Zhang was said to be toiling on a third edit as of the first few days of May.

Subsequent discussions with regulators have encouraged the One Second team that permission for a theatrical release within China will ultimately be granted. But it’s become clear to them that taking the film to a high-profile festival abroad is officially unwelcome. Should a director of Zhang’s stature win major awards for a film with One Second‘s themes, international media attention would be cast back on China’s officially suppressed history — this is suspected to be the authorities’ line of reasoning. Propaganda Department officials may have been sufficiently concerned by this possibility in Berlin that they resorted to the drastic step of yanking the film at the last minute via an unconventional mechanism.

The surprise censorship of Zhang’s passion project comes as Beijing prepares for the politically sensitive 70th anniversary of the founding of the People’s Republic of China in October. Throughout the latter months of 2018 and first half of this year, the party apparatus has tightened its control over the media and entertainment sectors from top to bottom (see the aggressive crackdown on tax evasion in the film industry late last year, which torpedoed the career of Chinese star Fan Bingbing and financially crippled many studios).

For Zhang, the episode may carry the uncanny feeling of history repeating itself. During the early days of his career, the director’s pioneering period drama To Live won the jury prize at the 1994 Cannes Film Festival, only to get banned from theatrical release at home in China because of its perceived critique of government policy. Not until Zhang directed the stunning opening and closing ceremonies of the 2008 Beijing Olympics was he considered fully rehabilitated.

Now, Zhang has signed on to direct the official ceremonies surrounding the 70th anniversary celebration, reaffirming his status as the government’s go-to creative hand — and perhaps undoing all over again any political taint stemming from perceived creative trespasses in One Second.

The odds of the world ever getting a look at the film, uncensored, currently look slim. The chances of Zhang picking up a late-career festival win, meanwhile, are now nil.

Says a source close to production: “[The authorities] don’t want a film like this getting honors overseas this year — especially from a director like Zhang Yimou, who has fans and respect all over the world.” 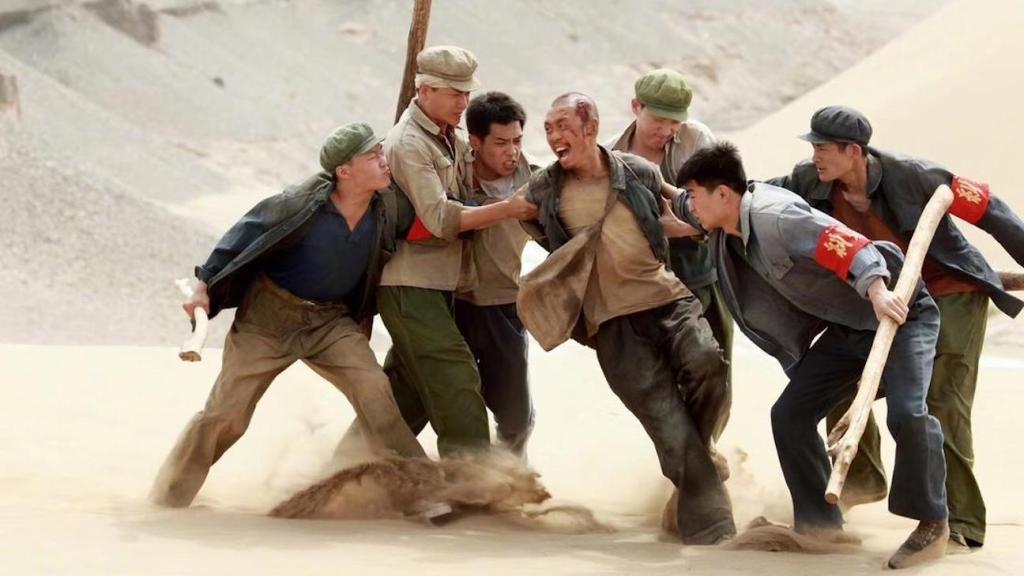