To most people, the very idea of a planet wandering through space, filled with all kinds of treasure and equal — if not greater — amounts of danger would be a pretty big sign to stay away. For the cast of Oni Press’ upcoming sci-fi series Rogue Planet, it’s just the opposite, which might be a decision they’ll come to regret… if they live long enough.

The series follows the crew of the salvage vessel Cortes as they pursue the Lonely Orphan, the “rogue planet” of the project’s title — a world with no star system of its own. The crew are convinced that the planet holds a significantly large payload waiting to be discovered, not knowing just what lies in wait protecting it. (Oni’s helpful tease of just what that is? “The most mind-numbing horrors imaginable.” So, nothing fun, then.)

“Rogue Planet is a book I’ve been working on for quite a while, a sci-fi horror story that really digs into my roots as a horror fan” co-creator Cullen Bunn said Wednesday in a statement. “I remember where I was sitting when I first wrote the title down — I was having coffee with my pal and frequent collaborator Brian Hurtt at Powell’s Books — and I couldn’t stop thinking about the possibilities. I spent a while kicking ideas around, and I came up with a chilling notion that I absolutely loved.”

“I’ve been a fan of his work for so long,” explained Bunn. “He really sold the hostility of the setting, the ghastliness of the horrors our intrepid heroes encounter. And then [colorist] Nick [Filardi] took Andy’s pages and told stories with the colors. I cannot wait for readers to see this book. There are terrors to be discovered and mysteries to be revealed, if you have the stomach for it.”

McDonald added that the series “was an amazing opportunity for me,” but also “the most difficult project to work on due to bouts of mind-bending fright-paralysis induced from the countless horrors Cullen’s spectacularly chilling script commanded I confront and draw. Stalwart champion of color and fearless comics comrade, Nick Filardi was there to bring beautiful and horrifyingly-vivid color to a project that I was too full of panicked dread to draw without peeking through one shaking hand!”

Rogue Planet is set to launch in comic book stores and digitally April 1. Read on for an exclusive look inside the first issue. 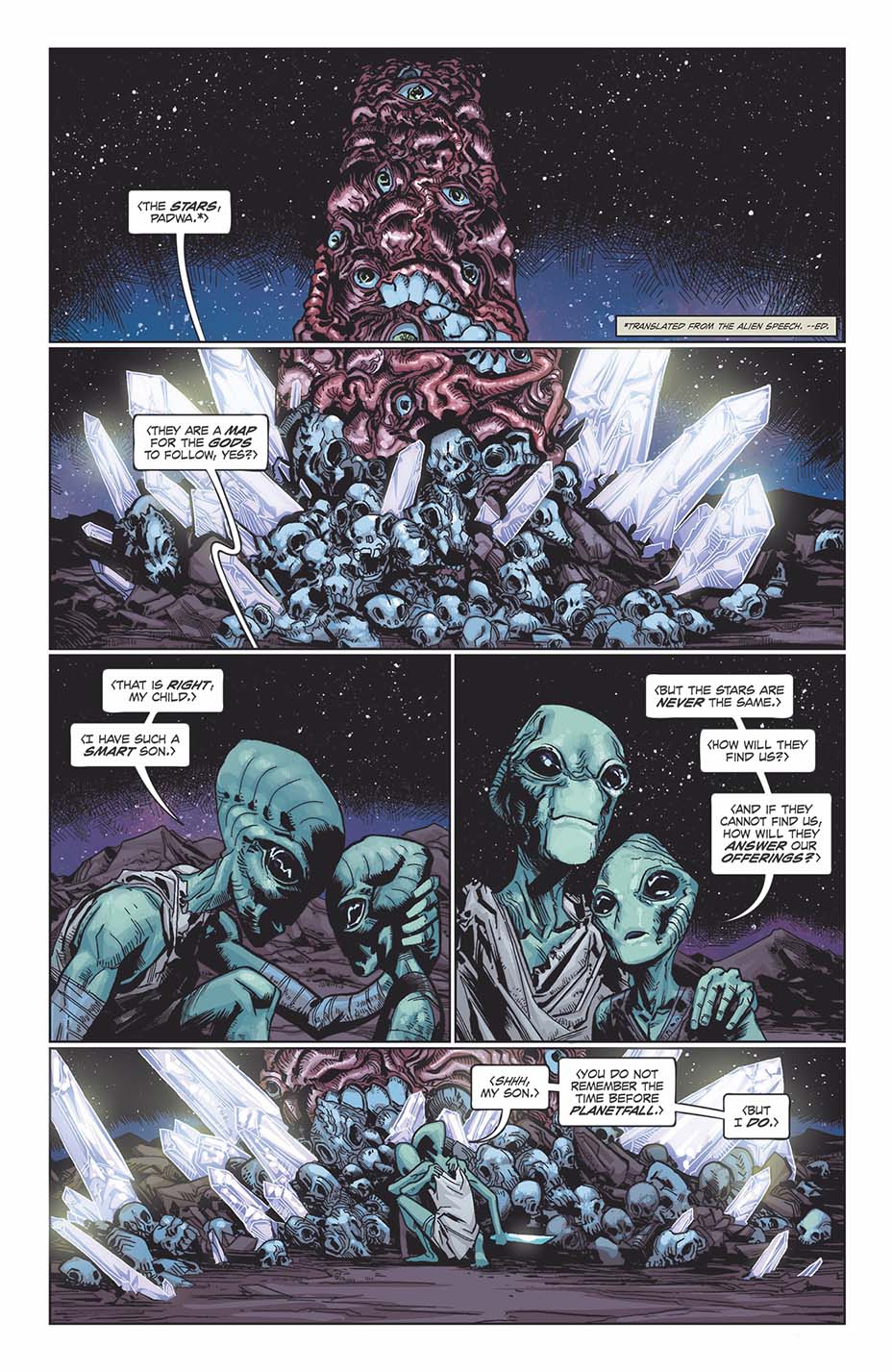 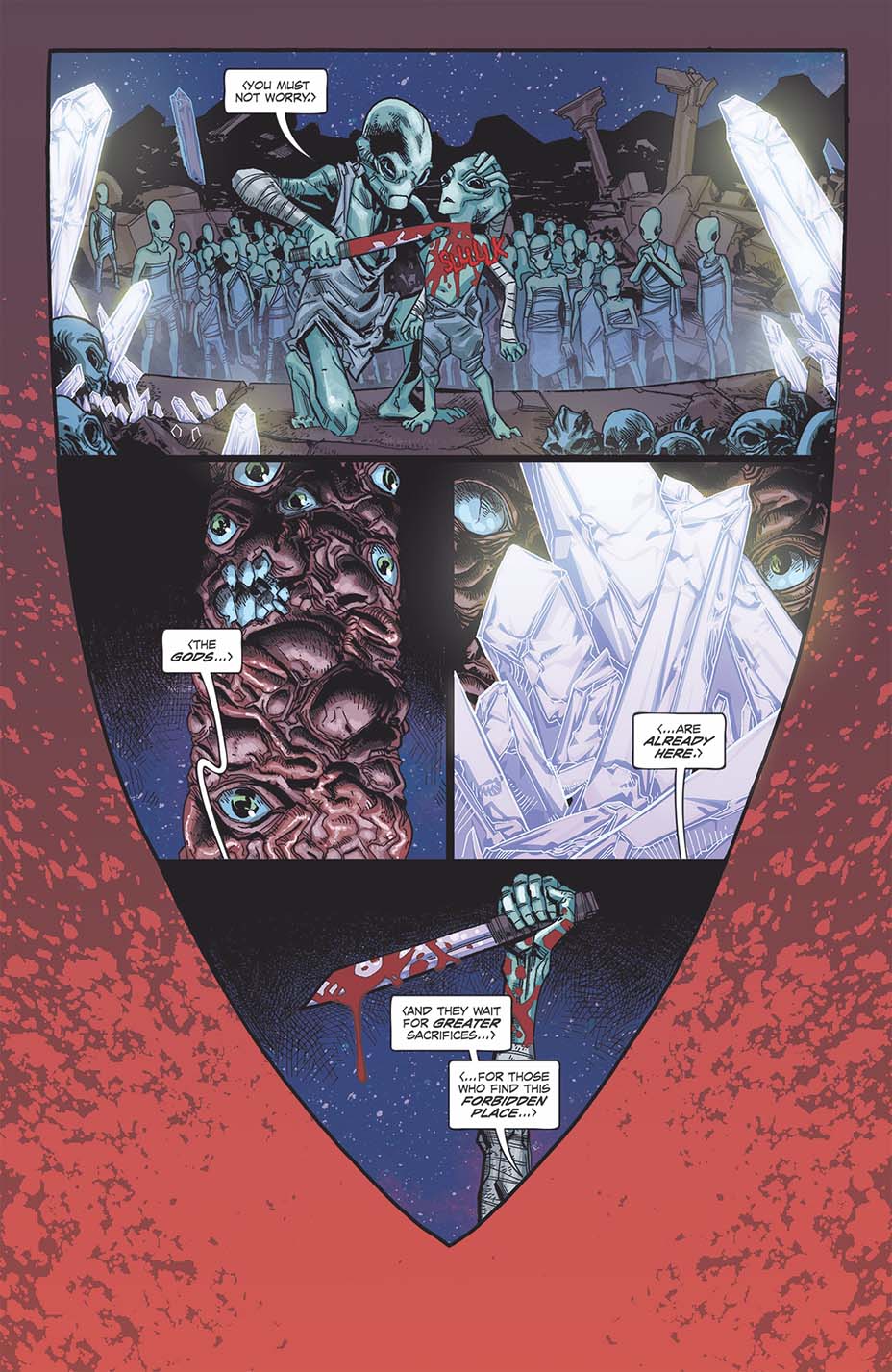 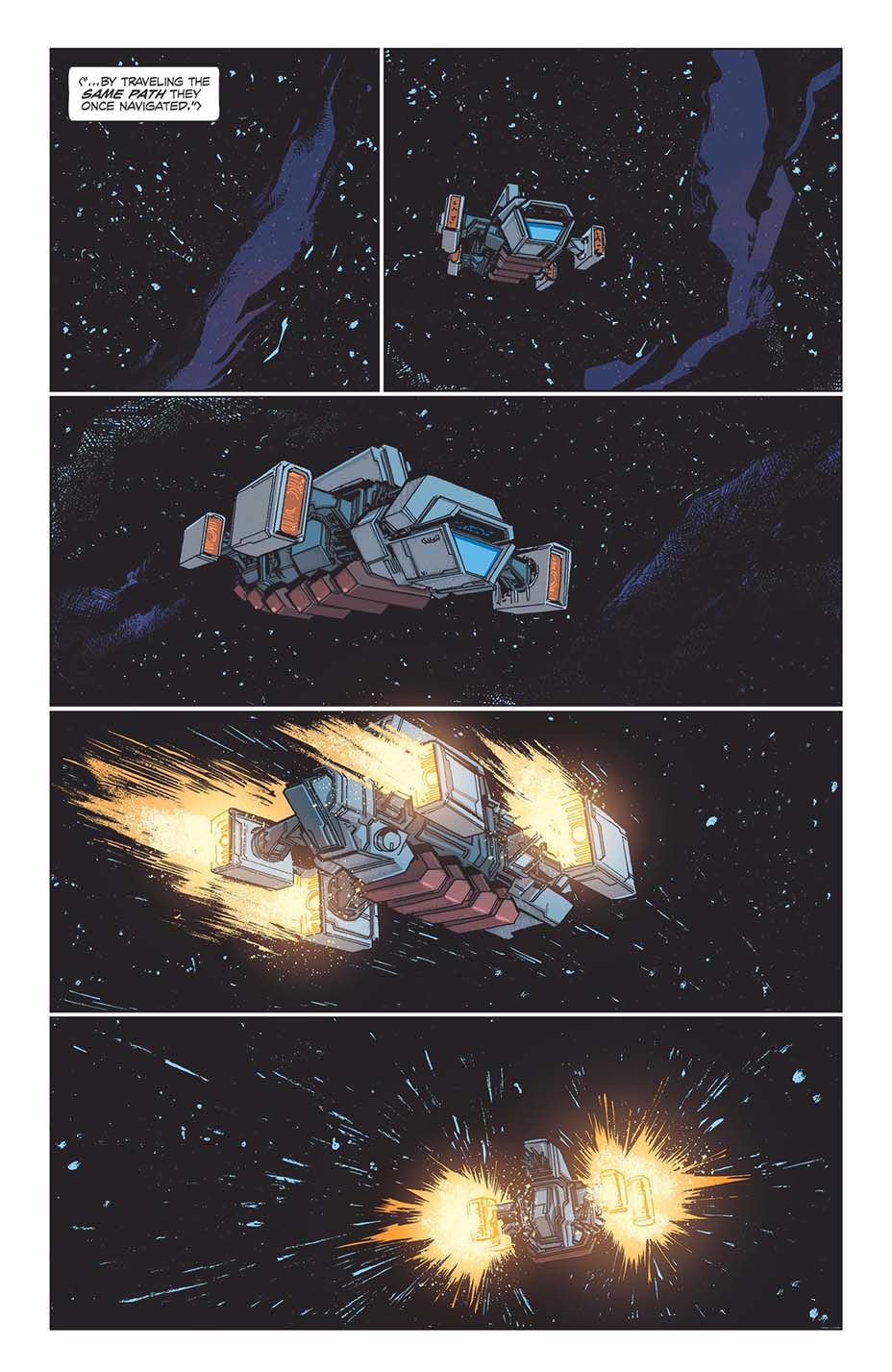 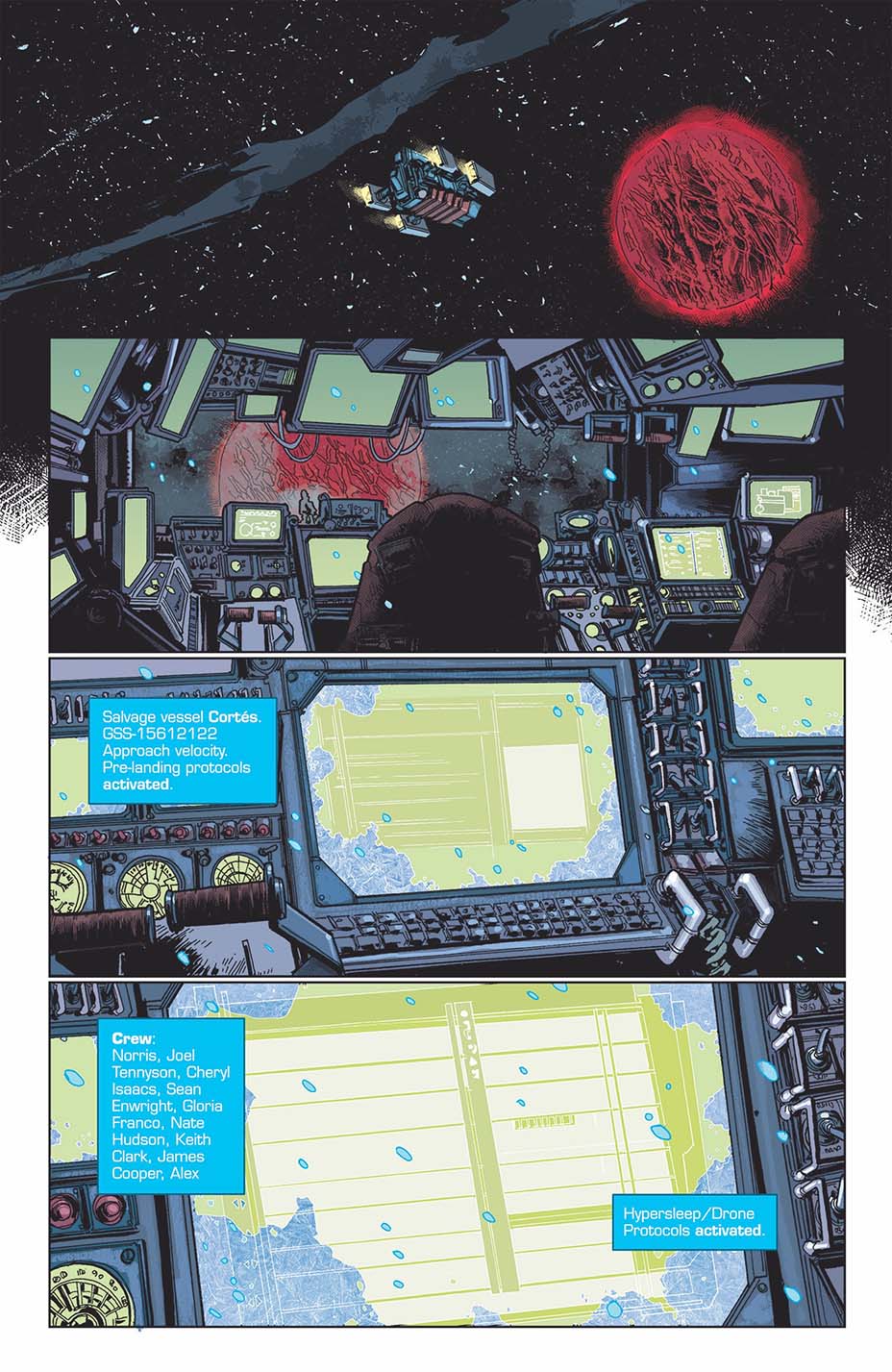 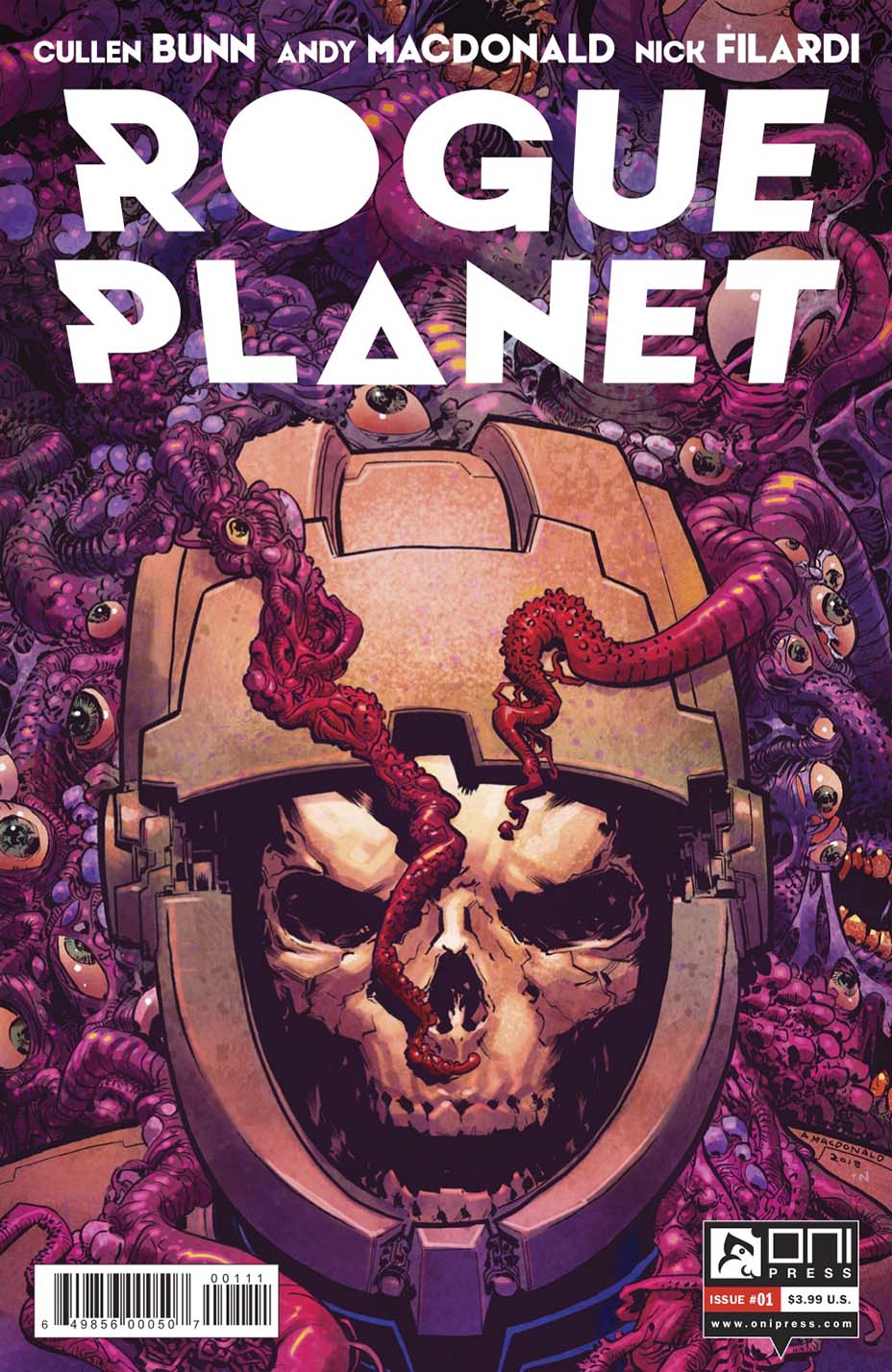