On Feb. 26, the Academy of Motion Picture Arts and Sciences will put on the 89th Academy Awards, and nobody is more excited for the event than I am. But as the Oscars’ biggest fan, I also know there are several fairly obvious and easy ways in which the Academy can and should improve the Oscars ahead of its milestone 90th edition in 2018. It is in this spirit that I publicly submit three of them.

Make the Academy’s membership list public, but require all campaign outreach to go through the Academy Want to know who the roughly 7,000 members of the Academy are? Tough luck. The organization never has made its full membership list public (although in recent years it has disclosed the names of new invitees), ostensibly because it doesn’t want members to be bombarded with campaign materials — but that’s preposterous.

Most members already are bombarded — and quite happily, as they enjoy a screener as much as anyone — because distributors annually pay a small fortune to one of a handful of publicists who have painstakingly compiled lists that are more or less complete and then rent out their services for any outreach the distributors wish to make.

The Academy’s decision not to share the names of its members breeds suspicion, and its willingness to turn a blind eye to the big business of membership outreach is disingenuous. In order to impart greater trust in the Academy and the Oscar voting process, the organization should post the names and branches of its members on its website (sure, that will reveal some duds, but what club doesn’t have a few?) and then ban direct outreach by distributors to those people. Instead, all such communication should pass through a central clearinghouse within the Academy, which can confirm that all members receive important communications (something that doesn’t always happen now because publicists’ lists don’t include every member’s name and/or latest address) and that the communications meet the Academy’s stringent requirements (e.g., no “checking to see if you received your screener”).

Oscars: How Many Best Picture Nominees Are Enough?

Here’s the best part. The Academy of Television Arts and Sciences already performs this service for Emmy voters and has figured out something that AMPAS has yet to learn: It can charge distributors a reasonable fee for every communication it is asked to handle — money that will add up quickly in light of the volume of outreach that takes place each Oscar season — and that will be a great help to the organization’s efforts to finish funding its under-construction Academy Museum of Motion Pictures.

Remove the shorts categories from the telecast When the vast majority of Academy members don’t even care enough about these short films (which are honored in three categories: animated, documentary and live action) to watch the small handful that are mailed directly to their home post-nominations, how can you expect the general public, the vast majority of whom have not and never will see these shorts, to care?

The argument for keeping shorts on a telecast that always gets flak for running too long is paper-thin. Filmmakers’ livings wouldn’t be threatened, since nobody can survive by making shorts, and films’ potential grosses wouldn’t be harmed, since few shorts have a theatrical release apart from those attached to animated features. The only reason shorts are presented at the Oscars in the first place is that Margaret Herrick, the Academy’s original librarian, enjoyed them and badgered a resistant Board of Governors into honoring them. (She died 40 years ago.) 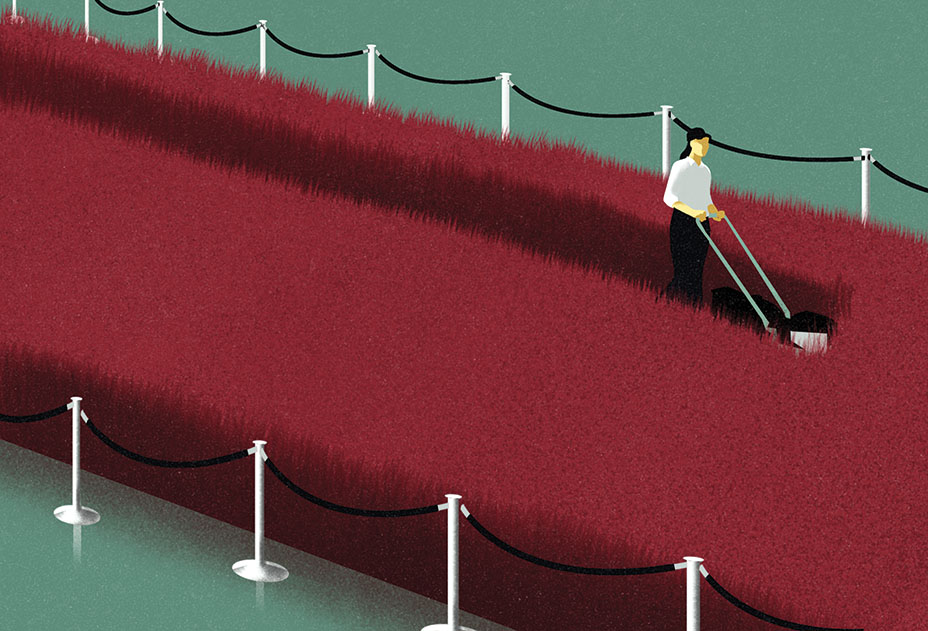 So why do they endure? Because the Academy doesn’t want to offend its Short Films and Feature Animation Branch, even though that group accounts for only three of the 54 seats on its Board of Governors. The fact that this branch even exists — when shorts are such a small part of the industry and feature animation is such a huge part of it — is a bit insidious. So is the fact that all three of the branch’s current governors hail from the world of short films, rather than animation. (Some short filmmakers belong to the Documentary Branch, which also has three governors, and one of the board’s three “diversity governors” is an animator who hails from the Short Films and Feature Animation Branch.)

The concern is that the branch will make a loud stink if “the Academy drops its shorts” (to quote a great headline from the last time the organization tried this 24 years ago), and that other branches also may cry foul for fear their category could fall next. (My only other proposed cut would be more of a consolidation: Combine the sound editing and sound mixing categories into one sound category, since nobody inside or outside of the Academy has any idea what the difference is between the two — except for sound editors and sound mixers.)

The bottom line: The Academy must not allow itself to be held hostage any longer. Shorts Oscars have no more — and arguably less — business being on the telecast than the other important honors the Academy presents at its Sci-Tech Awards or at its Governors Awards.

Allow members to vote only in their specific area of expertise, as well as for best picture and best foreign-language film How much do most makeup artists know about screenwriting, or film editors know about costume design, or actors know about sound mixing? The answer: about as much as anyone on the street. Why, then, does the Academy allow all of its members — each of whom hails from one of 17 branches of the industry — to pick winners in all of its categories? This process always has struck me as indefensible, particularly in light of the fact that each category’s nominations (apart from best picture and best foreign-language film) are determined solely by the relevant members.

I speak with Academy members regularly, and they are the first to admit that they should not be voting in many of the categories in which they currently are permitted a vote. One might hope they would abstain from voting in areas they know little about, but that’s not realistic; instead, they vote for the movie they liked the best, or the only one they even saw, or in some cases, the one with a cool title or poster. (Seriously.)

Make no mistake: This is why so many people who deserve Oscars don’t have them. Roger Deakins‘ peers in the cinematography branch know how good he is, which is why they’ve nominated him 13 times; but his name doesn’t appear on the ballot (only his films’) and he frequently works on offbeat projects (he’s the Coen brothers’ go-to lenser), so he has never won. (The year the Coens won for No Country for Old Men, he was nominated for that film as well as for The Assassination of Jesse James by the Coward Robert Ford and canceled himself out.) The same goes for 20-time sound mixing nominee Kevin O’Connell, who took a break this year from making Michael Bay movies (which, of course, always sound great) to make a “serious” movie (Hacksaw Ridge), so perhaps he’ll finally snap his losing streak.

There’s a simple solution to this problem: Limit members, in the final round, to voting in the same categories they were limited to in the nominating round. What possible argument could there be for doing otherwise?