When designer Jason Sherwood first got a call from producer Lynnette Howell Taylor about working on this year’s Academy Awards telecast, she asked how he would change up the Oscars stage if he had the chance.

“Well, I would obliterate that typical proscenium frame that exists around the stage,” says Sherwood, 30, recalling the early October 2019 conversation.

While he didn’t yet have a concrete idea of what he would do, he did tell Howell Taylor, “It would be really, really different from what it’s been.” A few days later, he had a deck of 10 sketches to present — “these sculptural swirling elements” — that formed the bedrock of the show’s 2020 set design, revealed in a rendering on Wednesday.

Sherwood’s set design for Sunday’s kudocast at Hollywood’s Dolby Theatre features a sculptural shell swoops out at the top toward the audience, while in the center of the stage is a revolving spiral element, weighing 1,100 pounds, that can be raised up and down to reveal presenters. The stage design is covered in more than 40,000 Swarovski crystals and will be, as he describes it, “embedded with screen surfaces” in some places. 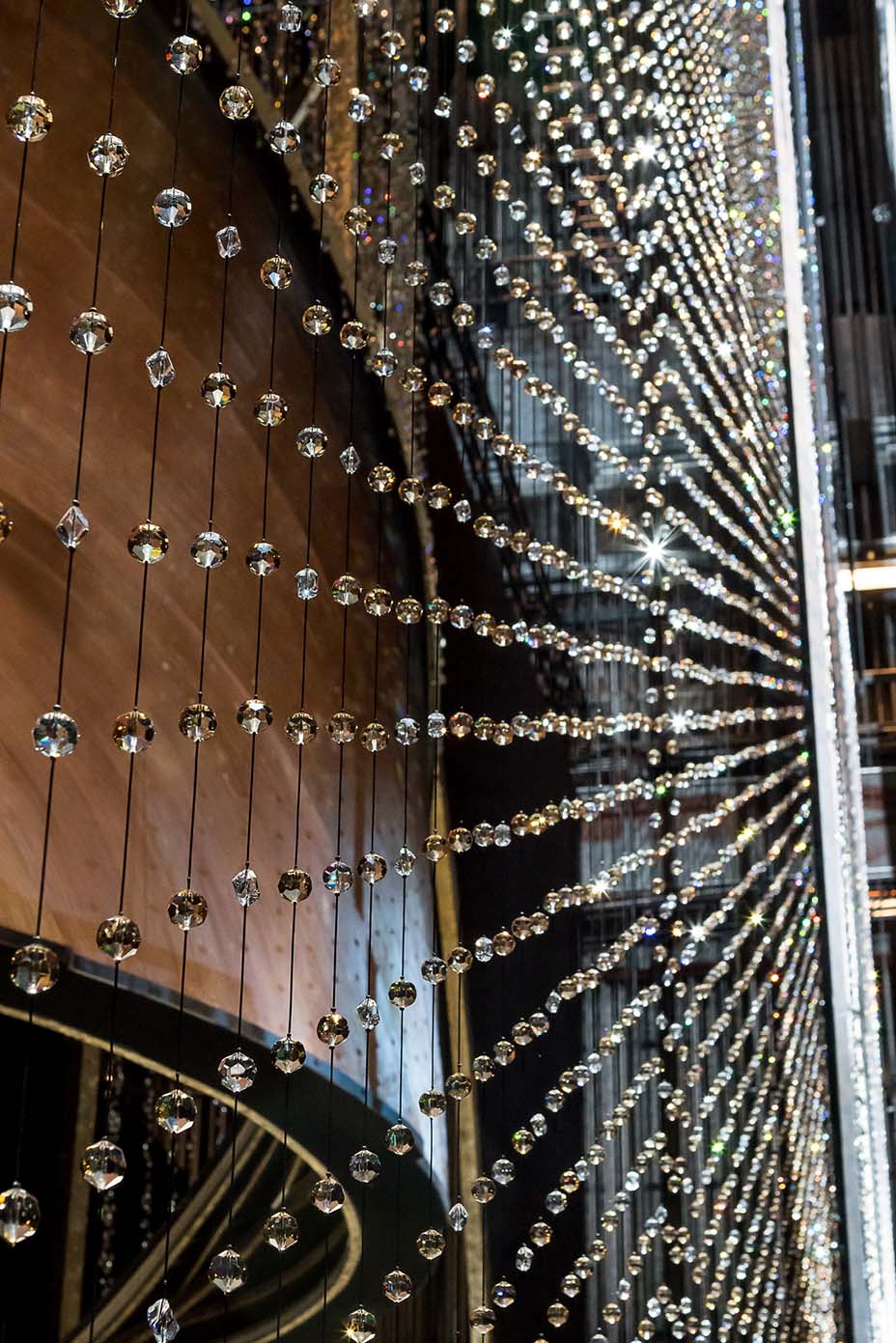 Explains Sherwood, “Instead of bringing in a 16′ by 9′ screen and playing clips onto that, we are using the stage to create a dimensional feeling and making it feel to the people in the audience and watching it at home that they are surrounded by these swirling images of the movies. As someone is presenting, the image will seem to kind of swirl around them — whereas in a typical Oscar show, you sort of lower in a screen to play a clip. We wanted to go in different directions that would feel as contemporary as varied as the films of the year.” 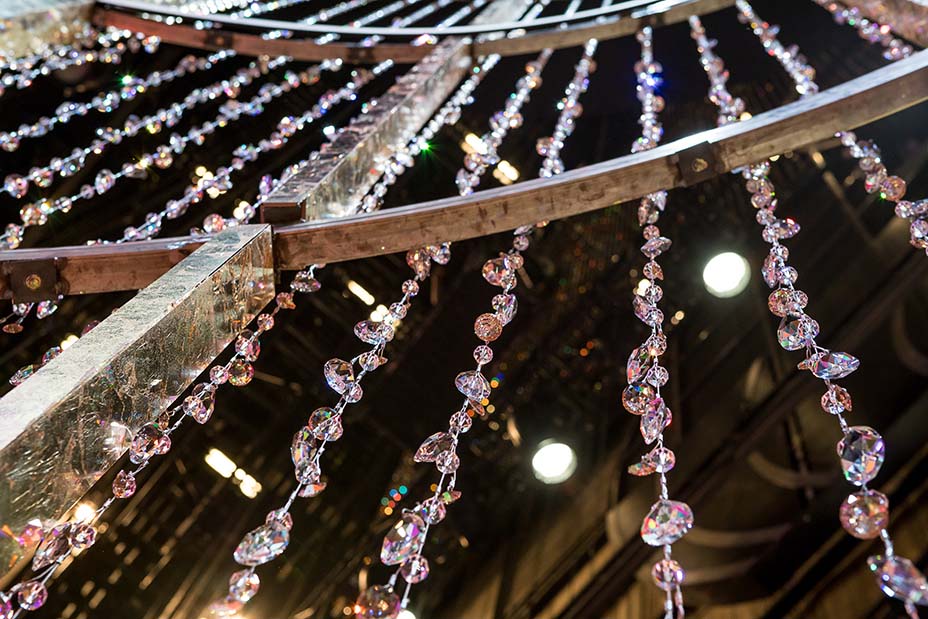 As for why the designer is not a fan of proscenium frames: “It feels more old-fashioned and it can make the show feel more like a classic presentation that’s sort of far and away from us. I believe the contemporary world we live in is more immersive and environmental than that and that we can serve up something that feels more dynamic,” says Sherwood, who previously has designed world tours for Sam Smith, Spice Girls and Sara Bareilles and who won an Emmy last year for production design of Rent: Live.

2020 marks the 13th year that Swarovski is providing its signature crystals for the set design. (The Austrian company’s association with Hollywood dates back to 1932, when Marlene Dietrich wore its jewelry pieces in the film Blonde Venus.) 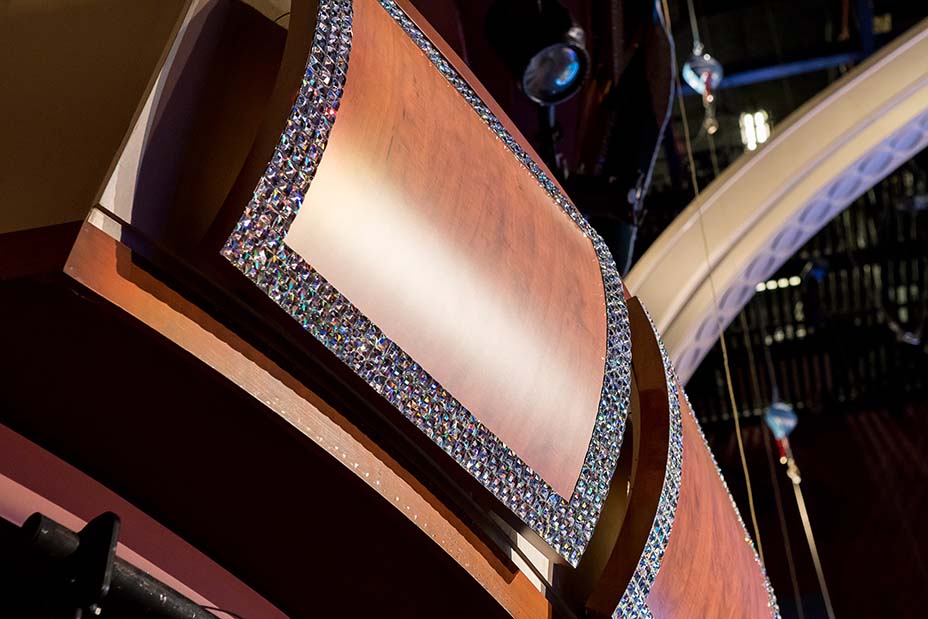 It also is the fifth year that Swiss luxury timepiece maker Rolex has collaborated with the Academy to create the official Green Room, where presenters can hang out before going onstage.

Rolex’s design for this year’s Green Room is inspired by its long history with polar exploration. The watchmaker (known for its Explorer timepiece, first introduced in 1953, followed by the Rolex Explorer II in 1971) has created a wood-paneled room meant to feel like an observatory looking out on an icy landscape, depicted in photos embedded in the walls. Custom lighting for the space will simulate sunrise and sunset and the passage of time. 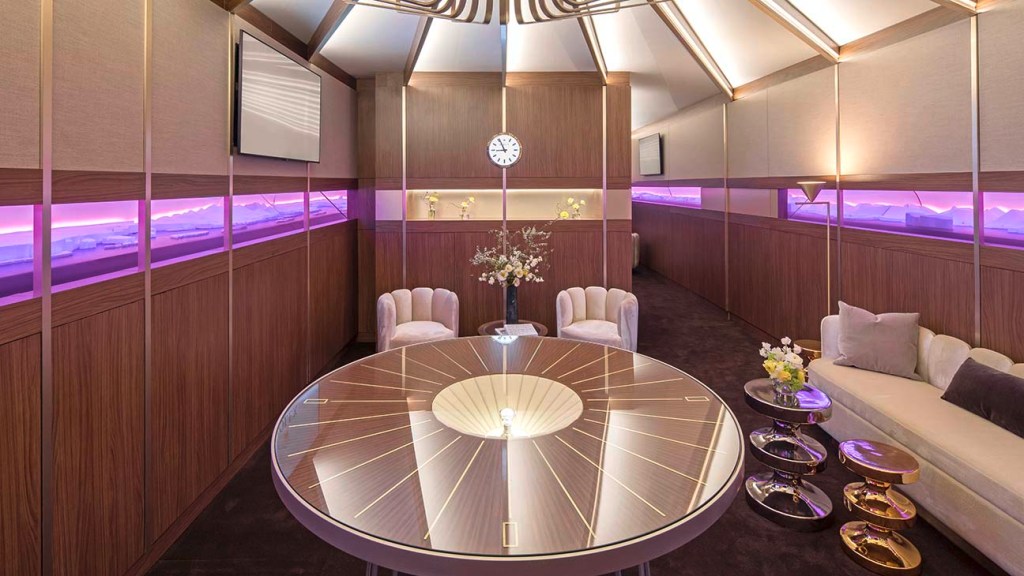 Rolex, a sponsor of the Oscars and a founding supporter of the Academy Museum of Motion Pictures, also supports explorers and environmental conservationists through its Perpetual Planet initiative, introduced last year.

“The design of this year’s Green Room is a reminder of the beauty and fragility of the environment that Rolex is seeking to protect through our support of pioneering individuals and organizations finding solutions to safeguard the planet for future generations,” said Rolex’s director of communication and image Arnaud Boetsch in a statement. 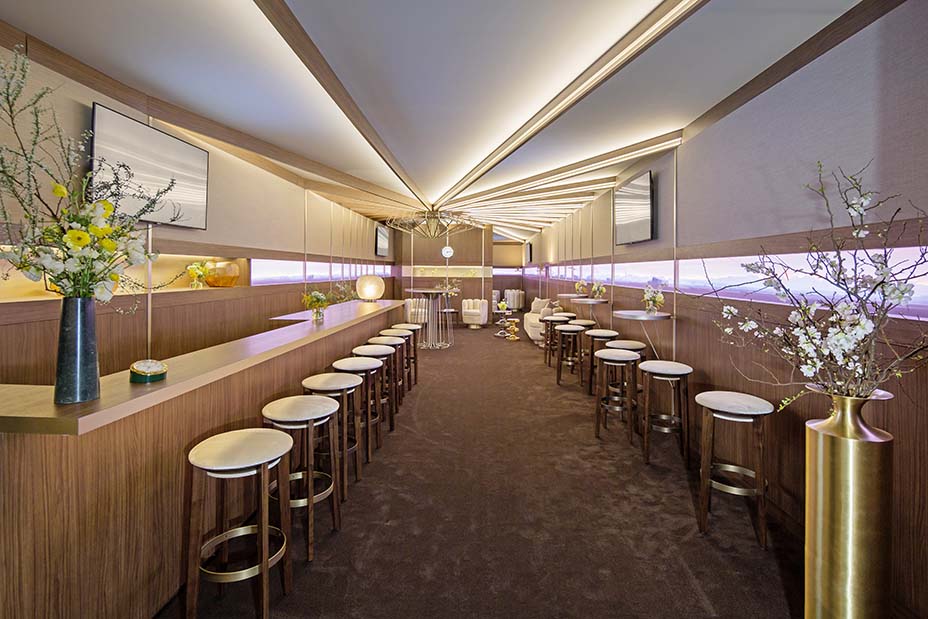 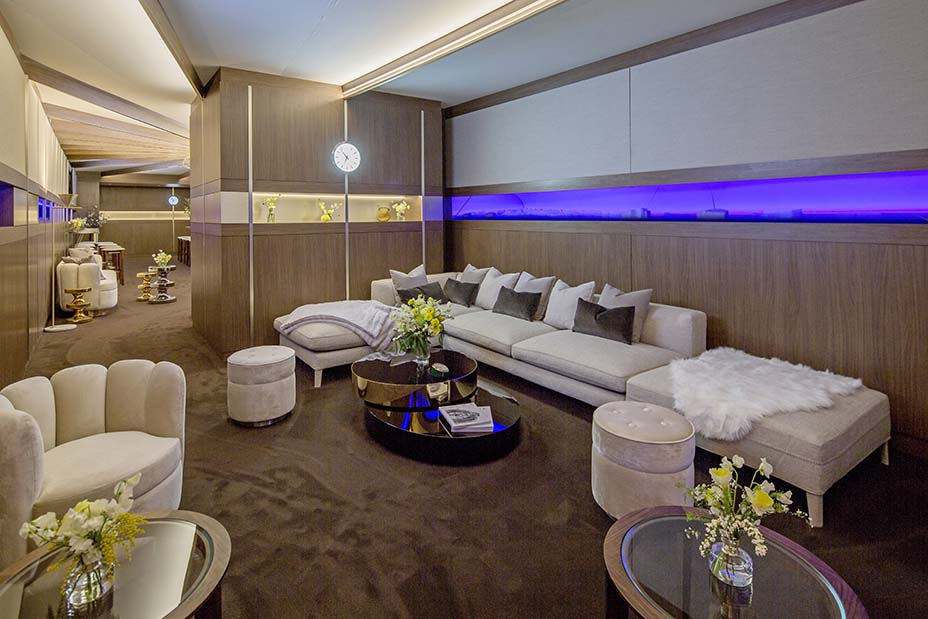