Everyone associated with the latest version of A Star Is Born has plenty of reason to look forward to the 91st Oscars. The film has received eight nominations — among them, three for the driving force behind it, Bradley Cooper (best picture, actor and adapted screenplay), and two for its leading lady, Lady Gaga (best actress, original song).

Moreover, it has racked up more guild noms than any other film. And it is, as a movie most people at least like (its global box office haul stands at more than $417 million), seemingly built for the preferential voting system the Academy uses to determine its best picture winner, more so than divisive films like the two that are most often described as frontrunners, Roma and Green Book.

And yet, there is an unmistakable sense among close observers of the Oscar race that something has gone awry for A Star Is Born. Its original song nom is the only odds-on favorite to pan out. None of its major guild noms has turned into a win. And there is a perception — fueled by the lack of a director Oscar nom for Cooper, along with his DGA Awards loss for not only best director but also best first-time director — that some who once strongly supported the film now may be jumping ship.

So, to borrow the title of a memoir by a former frontrunner in another field whose plans, back in 2016, went off the rails: What happened? 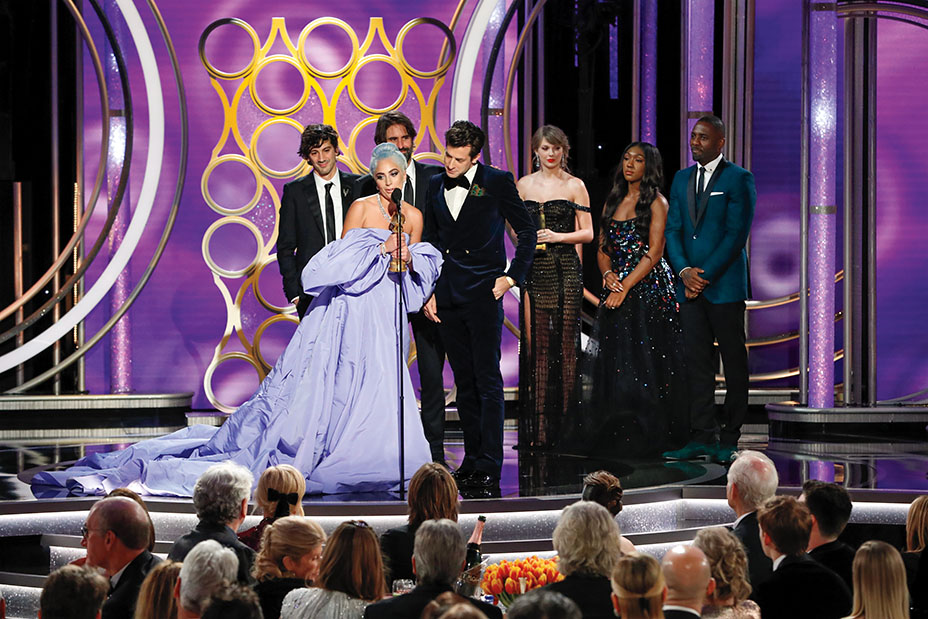 It all began Aug. 31, when A Star Is Born had its world premiere at the Venice Film Festival. A projector problem caused the movie to cut out mid-screening, which created an awkward 20 minutes for filmmakers and talent in the room but also landed the audience firmly on their side, where it remained — in the form of a lengthy standing ovation — once the film ended. Ten days later, A Star Is Born had its North American bow at the Toronto Film Festival, where it received the most enthusiastic response I have ever seen there.

The conclusion on both sides of the pond? Concerns about whether Gaga could act or Cooper could direct and/or sing were unfounded — and the best picture Oscar race had a new frontrunner.

The afterglow, however, quickly faded. At parties ahead of the Sept. 17 Emmy Awards, a half-dozen members of the Hollywood Foreign Press Association volunteered to me that they strongly disliked the film, which was particularly surprising given their group usually loves nothing more than A-listers (especially stars who direct) and music.

Then, on Sept. 27, The New York Times ran a long piece titled “Bradley Cooper Is Not Really Into This Profile,” which left the distinct impression that the amiable hunk that moviegoers first came to know and love in fun outings like The Hangover and Silver Linings Playbook had, during the course of transitioning to prestige projects, begun to take himself too seriously. 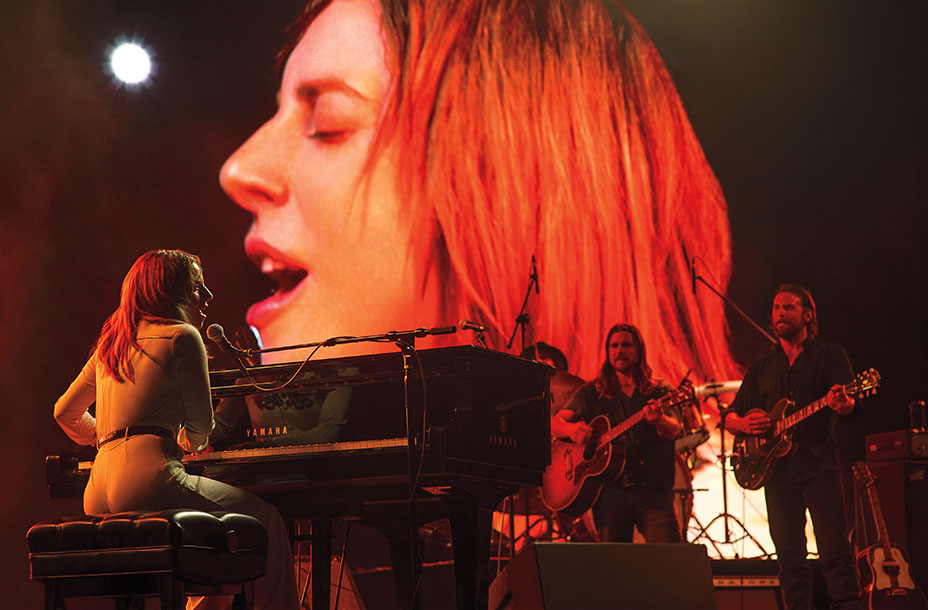 Since then, the hits have kept coming. A movie that was initially greeted as a charmingly new take on a stale showbiz story was increasingly the object of complaints — that Gaga’s character lacks agency, that Cooper’s is a wimp and, most problematically, that the film has nothing of import to say about the world in which we live. It became the subject of memes (“I just wanted to take another look at you”), not think pieces.

Perhaps the problems were baked into the cake. A Star Is Born has been made many times before, sometimes under that name (see 1937, 1954 and 1976 versions), other times not (1932’s What Price Hollywood? and 2016’s La La Land). And while it has almost always delivered at the box office, it has never fully clicked with the Academy.

I suspect this is because the plot arc doesn’t reflect well on Hollywood or make its sensitive denizens feel good about what they do. The main female character becomes a sensation and then sells out, and the main male character is a substance abuser who squanders his talent, humiliates his wife and himself and exits the picture in a sad way. Not the best advertisement for showbiz. (Moreover, the Academy has always had an aversion to remakes — in 90 years of the Oscars, only two have won best picture: 1959’s Ben-Hur and 2006’s The Departed.) 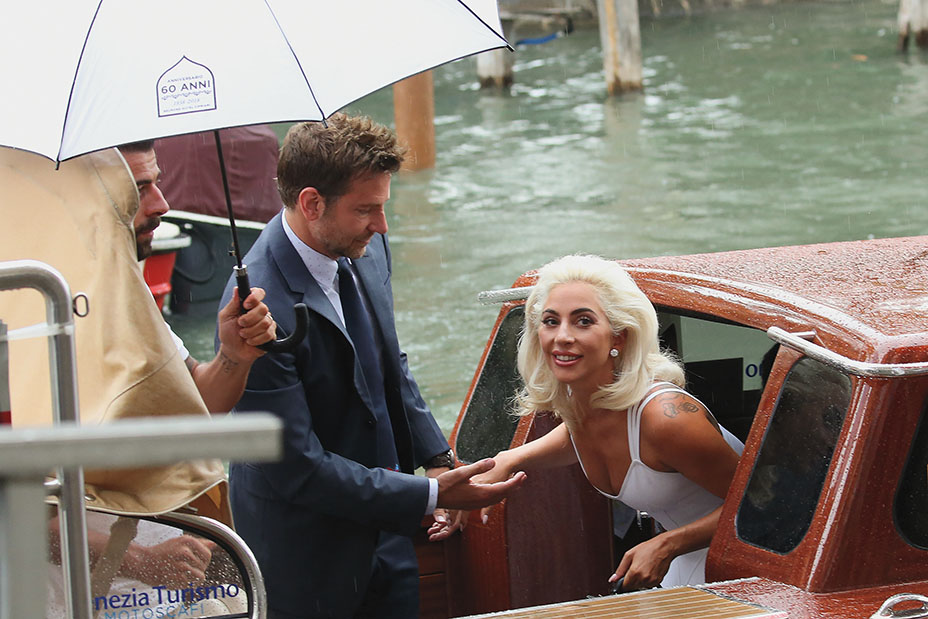 Fundamentally, Cooper’s A Star Is Born suffered from an identity crisis. It screened at Venice and Toronto but skipped awards-launcher Telluride because, pundits were told, it was not an “awards movie” — something Warner Bros. often says about its films, sometimes accurately (2012-14’s The Hobbit trilogy and 2018’s The Mule), other times not (The Departed and 2017’s Dunkirk). In the age of the internet, word spreads quickly from pundits to voters, and some may have been conditioned to think of A Star Is Born only as a well-made popcorn movie. Others, just as problematically, reacted to its first screenings with predictions of historic Oscar success — which, shortly thereafter, made its loss of Toronto’s audience award to Green Book feel like a major disappointment. It’s tough to maintain frontrunner status for a few weeks, let alone months.

There also was a sense of inauthenticity hovering around the film, reinforced by the viral clip of Gaga repeatedly telling her “100 people in a room” anecdote and — on Jan. 26, four days after the Oscar noms were announced — by the clip of Cooper acting surprised to be called onto a stage in Las Vegas to sing “Shallow” with her.

When Ben Affleck, in the midst of a career resurgence, was robbed of a best director nom for another Warners movie, Argo, six years ago, outrage was successfully cultivated and marshaled toward a best picture vote for his film. But there was no such reaction when Cooper got — to combine two words — Afflucked.

To be sure, the circumstances weren’t exactly the same. Both were movie stars, but Affleck was down and out, whereas Cooper was riding high. Which leads to what may be the biggest and most unavoidable obstacle between A Star Is Born and the Oscars: Hollywood is a cutthroat town that subsists on schadenfreude as much as Botox, and it’s hard to root for awards for people who already seem to have everything. But we’ll never know if, or how, any of this impacts how the stars align on Feb. 24.