When it comes to divulging plans to protect Oscar-goers, the Los Angeles Police Department plays it close to the vest — or perhaps more literally its flack jacket. Suffice it to say, a huge chunk of the department’s 10,072 sworn officers will be on hand Sunday to enforce their largely secretive security measures.

In fact, says one officer, it will be a “mid-to-max deployment day” similar to when a U.S. president visits Los Angeles, a situation usually calling for some heavy weaponry and lots of overtime.

“We will deploy enough officers to ensure the safety of all the citizens and Oscar attendees. We hope for the best and are prepared for the worst,” an LAPD spokesperson tells The Hollywood Reporter.

While insiders say the LAPD’s presence will surely be felt en masse Sunday in and around the Dolby Theater at the Hollywood & Highland Center, it will pale in comparison to 2002, the first year following the terrorist attacks that brought down the Twin Towers in New York.

That time around, snipers from various law enforcement agencies could be seen on the rooftops of nearby buildings while metal detectors, bomb-sniffing dogs and other accoutrements made for a restrictive environment. Back then, the FBI warned Hollywood that film studios were on an Al Qaeda hit list, so the extra security was warranted. 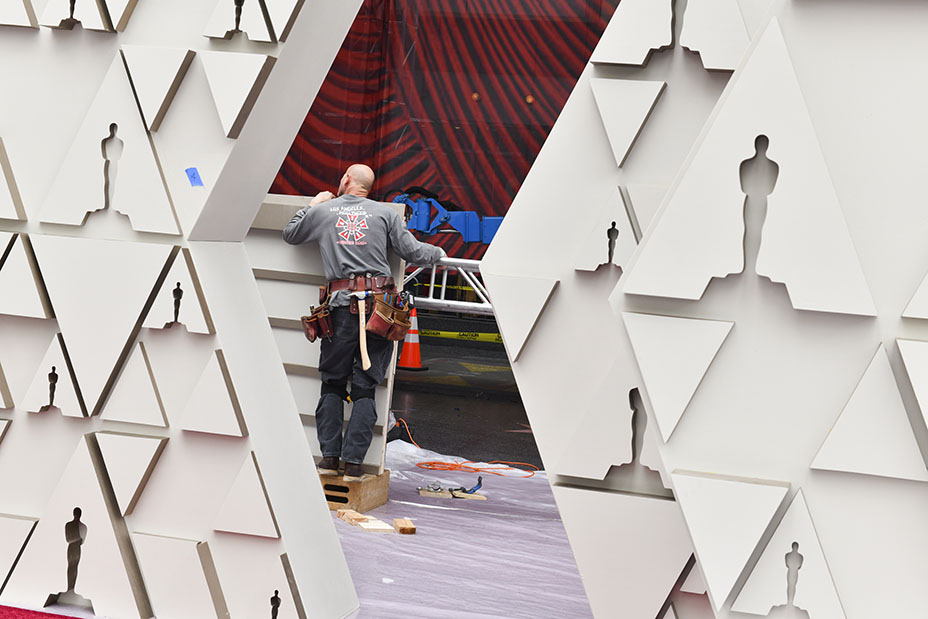 Five years later, the FBI told THR that the Hollywood sign, Disneyland and Grauman’s Chinese Theatre, adjacent to this year’s Oscars, were also potential targets, though insiders say that that is no longer the case. The FBI declined to comment and a spokesperson for the Academy of Motion Picture Arts and Sciences said the organization does not discuss issues involving security.

The FBI and the Los Angeles County Sheriff’s Department also declined to say whether they’ll have an official presence at the this year’s Oscars, though they operate under the “mutual aid” provision so they’ll be available at a moment’s notice should the LAPD require assistance. Plus, insiders say several celebrities will bring their own security personnel, though their existence may not be readily apparent to onlookers.

This year, 883 news outlets requested credentials but many probably won’t qualify, as only 306 received them a year ago. In all, 1,775 press passes were issued last year and security measures dictated that images of the badges are forbidden to be shared, lest they be forged, and the rule is in effect this year, as well. Last year, organizers revoked at least one press pass after a journalist posted a picture on social media of himself wearing it around his neck, according to insiders.

There are also security procedures for the issuance of passes for fans who will be seated in bleachers to view the red carpet arrivals of celebrities. Oscar organizers expect about 735 such passes will be issued for Sunday’s extravaganza where the 33-feet-wide red carpet will stretch across 900 feet. Each bleacher-goer is required to supply their social security number for the purpose of a background check. They also are required to sign a liability and publicity waiver form and show a government-issued identification card prior to being seated.

There are also 250 employees in the Oscar telecast production office and 60 ushers, though organizers are keeping it secret as to the security measures employees must endure, let alone what they have in store for up to 3,300 attendees who will pack the 25,000 square-foot theater.

Beyond safety, there are also extensive measures in place to secure the names of this year’s winners. Oscar ballots were cast by as many as 7,902 voting members entirely online for the first time this year and the deadline was at 5 p.m. Tuesday. 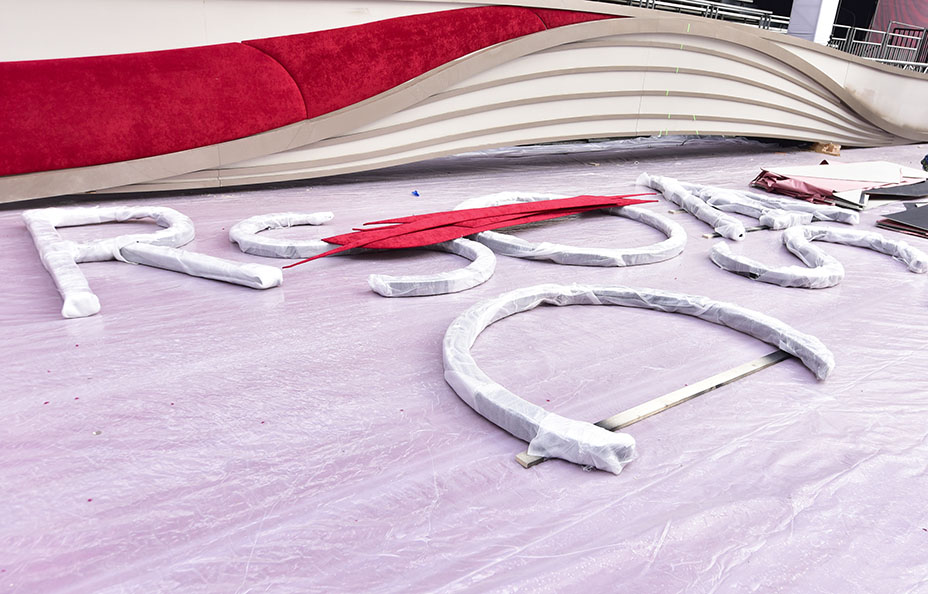 As usual, PricewaterhouseCoopers will create two sets of winning envelopes and put them in separate briefcases, one held stage right by a representative from the accounting firm, another at stage left guarded by another PwC employee. But this year, like last, a third will be near a producer of the show just to add another layer of security to ensure a mistake isn’t made, like in 2017 when La La Land was announced as the best-picture winner when the Oscar actually was meant for Moonlight.

There is no list of winners for fear it could fall into the wrong hands, so the three PwC representatives who guard each briefcase are tasked with memorizing which movie title is supposed to win in each of the 24 categories.

The briefcases are held in a large safe at a secret location until Sunday, when they’ll be delivered to the Dolby. If history is a guide, deliveries will come via three black SUV’s with tinted windows, one vehicle per briefcase. Each SUV will contain a PwC handler, a driver and a private security guard.

For onlookers planning to hang out outside the venue, LAPD officer Norma Eisenman suggests they use public transportation, Uber or Lyft as street closures and parking will make it a nightmare for travelers on Sunday. But taking the MTA subway train will require some walking, as the Hollywood & Highland station will be shut down Saturday and Sunday to make room for Oscar.

Already, Hollywood Boulevard is closed between Highland Avenue and Orange Drive, and several smaller streets will be blocked over the weekend, as will the sidewalks nearest to the theater. 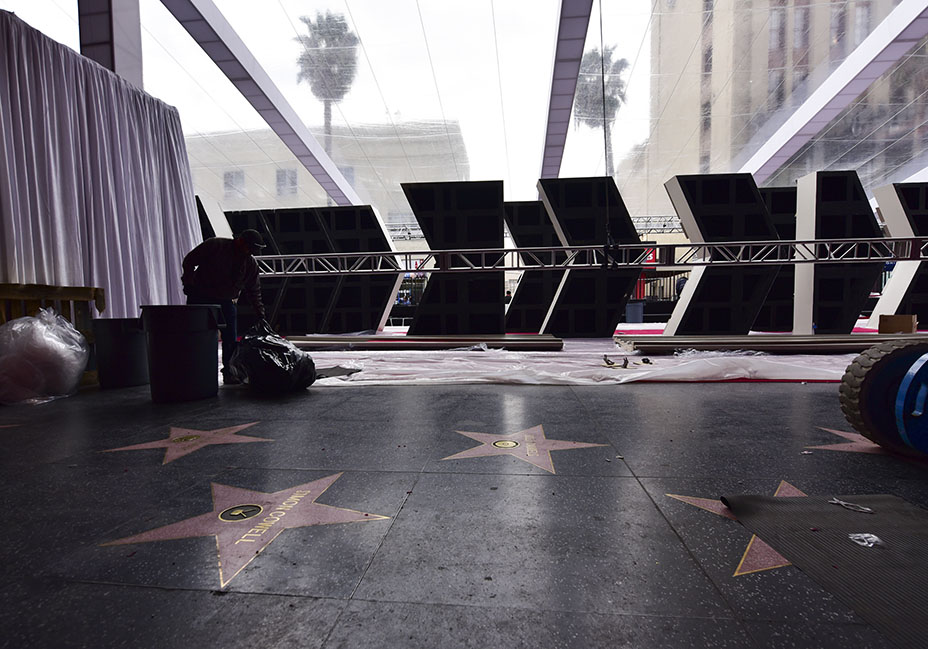