Earth has been destroyed and colonies are fighting for everything that’s left.

That’s the pressing conflict that characters are dealing with in Outriders, the upcoming third-person co-op shooter role-playing game from developer People Can Fly and publisher Square Enix. While the treacherous world that players are plunged into resembles the current climate, the game features giant beasts running wild and curious forces of energy that defy the rules of physics. Outriders evokes a feeling of Jurassic Park, elevated with sci-fi elements.

Speaking with The Hollywood Reporter, Polish game director Bartosz Kmita shared that the creative team drew upon “all [their] hobbies, interests and artistic influences,” during the development process, noting that some tend to be on the darker side.

“We are old enough to remember the first Diablo,” he says, later identifying the dungeon-crawler as a game that made a lasting impression on him as a child. He also credits Heroes of Might and Magic, a strategy game that debuted in 1995, as having an impact.

Of Outriders, Kmita emphasizes the adventurous, story-driven hook of the game, as well as the RPG elements blended with shooter mechanics, as key factors that differentiate the title from other shooter games in the saturated marketplace. “We wanted to have a very deep, finished story from the beginning to the end,” he says.

When participating in a media-only demo of the game in Los Angeles, THR played as a tough-as-nails female “slumdog” who “knows [her] way around bullets, not kids.” The first hours of gameplay cruised along without a sizable learning curve — but simply, purposeful weapon practice and solid introductions to the main characters as they explore the mysterious planet of Enoch. 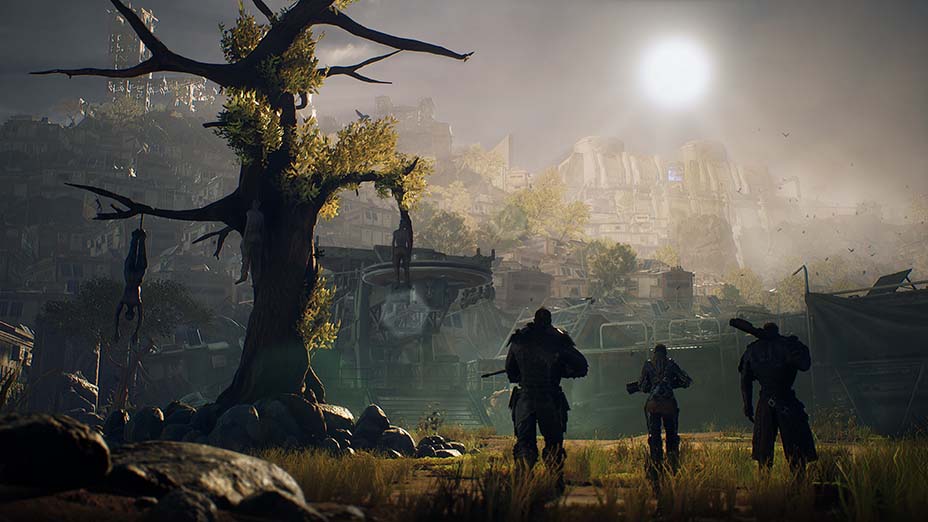 Outriders may follow the main quest or accept side missions, both of which feature multiple choices of dialogue when interacting with comrades in the field. Notably, players can play through each option before they land on the one that advances the story forward.

And if everything becomes too much too soon, you can recalibrate. “If you are not looking for a higher difficulty, you can enjoy the game from the story perspective,” explains Kmita. “It has a very complex and deep world in the backstory that you can discover,” he adds, careful not to divulge spoiler details. 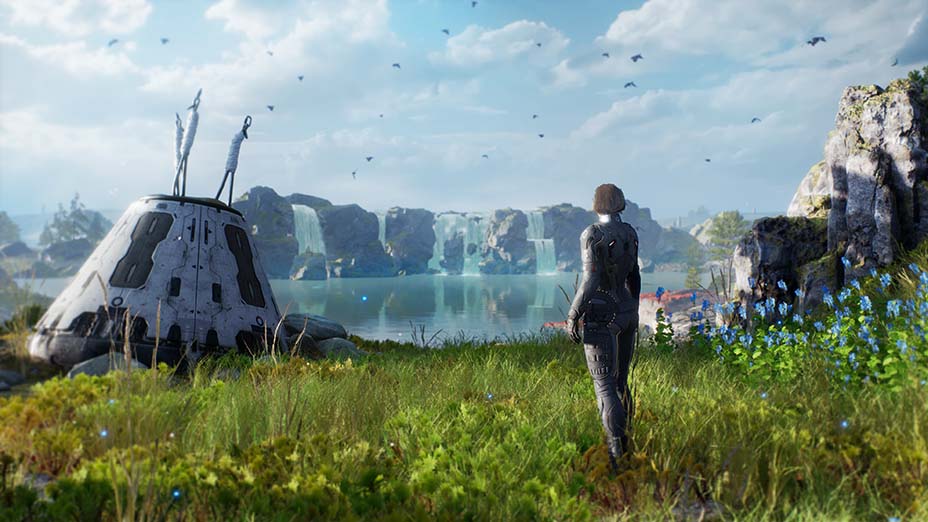 Among the parts of the game that make it feel personal are the diary entries, where players can learn about the history, lore and enemies of the land. Within the literature are character profiles, where one can read about where certain characters came from and pick up clues as to why they are behaving in a certain way. The narratives are robust; one young man lost his parents in the siege of Warsaw and survived a Syrian prison camp, while another was raised in the fjords of Norway and joined a band of mercenaries.

“We are proud and happy about the events that will happen in the game,” concludes Kmita. “Maybe [it] started out as a classical story about the [characters] who are going to that other planet, but soon we realized that this is more than a typical science fiction game [where] people fight with monsters.”

Outriders will be released in the holiday season of 2020 on multiple platforms.

'DOOM Eternal' Game Director on Drawing Inspiration From Classic Horror: "I Think This Is Our 'Evil Dead 2'"