London Fashion Week kicked off Friday morning under somewhat of a cloud after a terrorist attack in the subway, the fifth act of terrorism that has struck the city this year. But the incident, which continues to be under investigation, didn’t stop rock n’ roll designer Pam Hogg from presenting her colorful spring 2018 collection at Freemasons’ Hall, where each show-goer went through a mandatory bag check before entering the venue.

The popular ‘80s-era designer, who returned to the LFW schedule after showing off-season for some time, presented a collection called “Innocence” that was anything but. The show opened with several models stepping out in sheer bodysuits covered in pom poms, chiffon and tulle that were strategically placed on the body to cover up the bosom and down below. 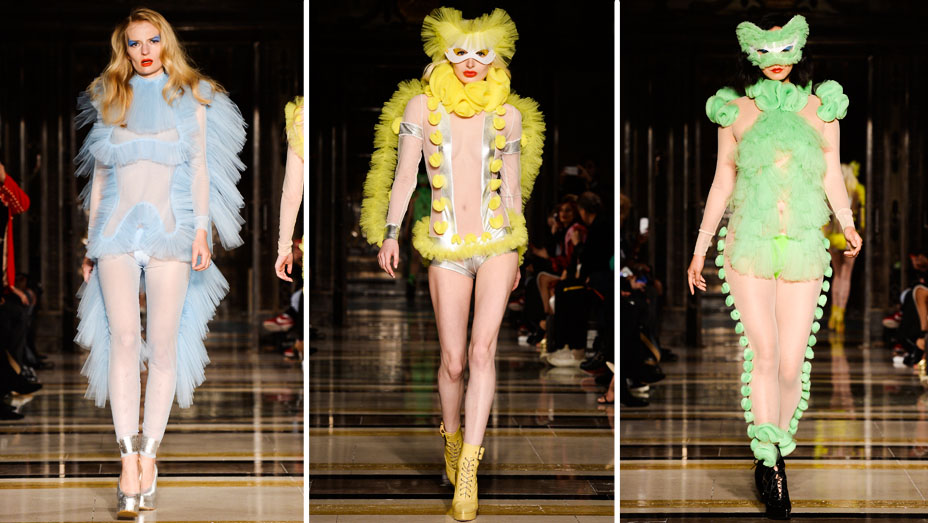 At one point, a model left little (to none) to the imagination when she took off her trench coat and, well, freed her nipples in front of an audience that included Australian musician Nick Cave, Primal Scream lead singer Bobby Gillespie, Paul Simonon of punk rock band The Clash and English actress Jaime Winstone. 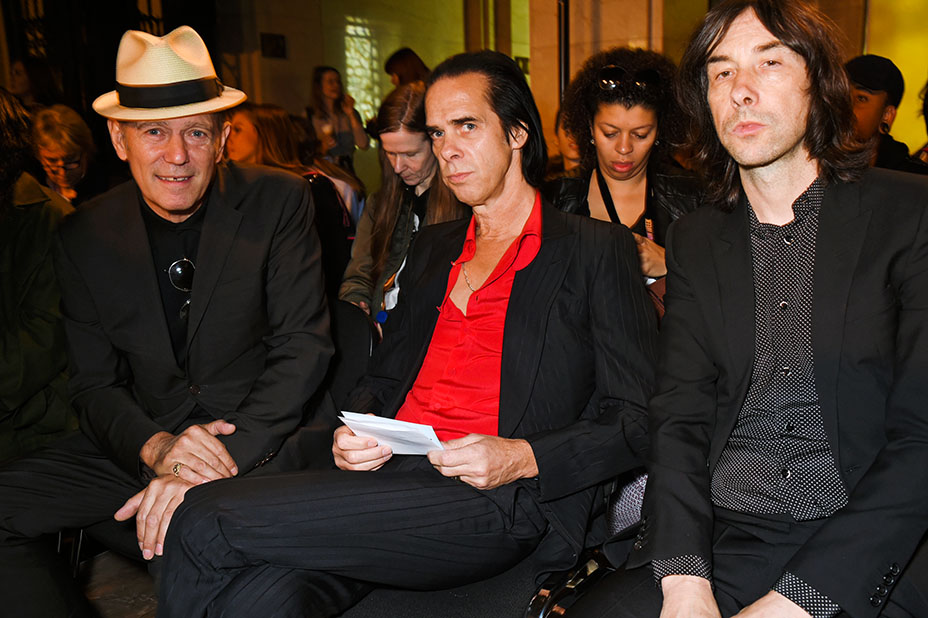 Continuing with one of her signature silhouettes, Hogg showed several catsuits featuring playful color-block details and star-shape prints across the chest. Those skintight looks were later paired with transparent high-collared trench coats on the runway. 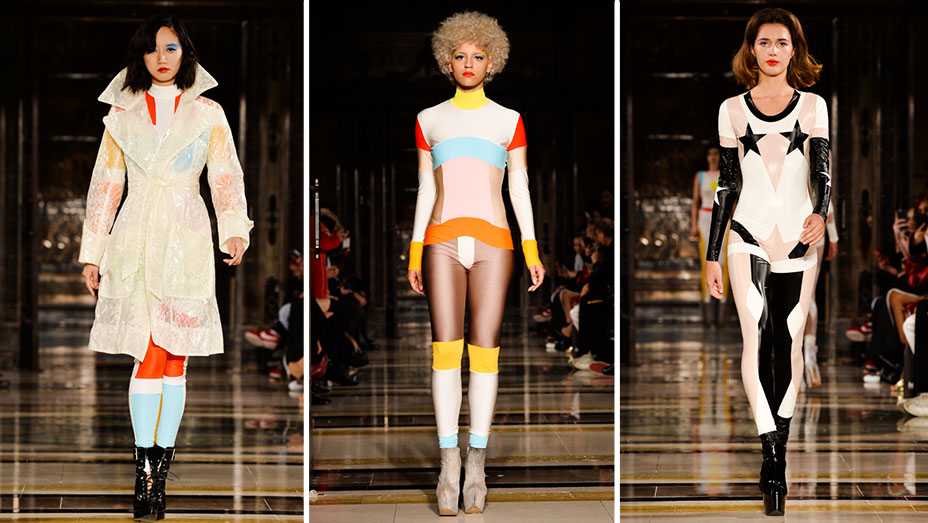 The show’s biggest highlight (several gasps could be heard from the crowd) came courtesy of the two models in sky-high blue and pink headdresses that only someone as bold as Lady Gaga could rock with confidence. (Gaga has worn Hogg’s daring designs in the past.)

The Cure’s 1992 hit “Friday I’m in Love” served as the soundtrack to the models’ final walk, and the tune couldn’t have felt more fitting for the designer’s homecoming. 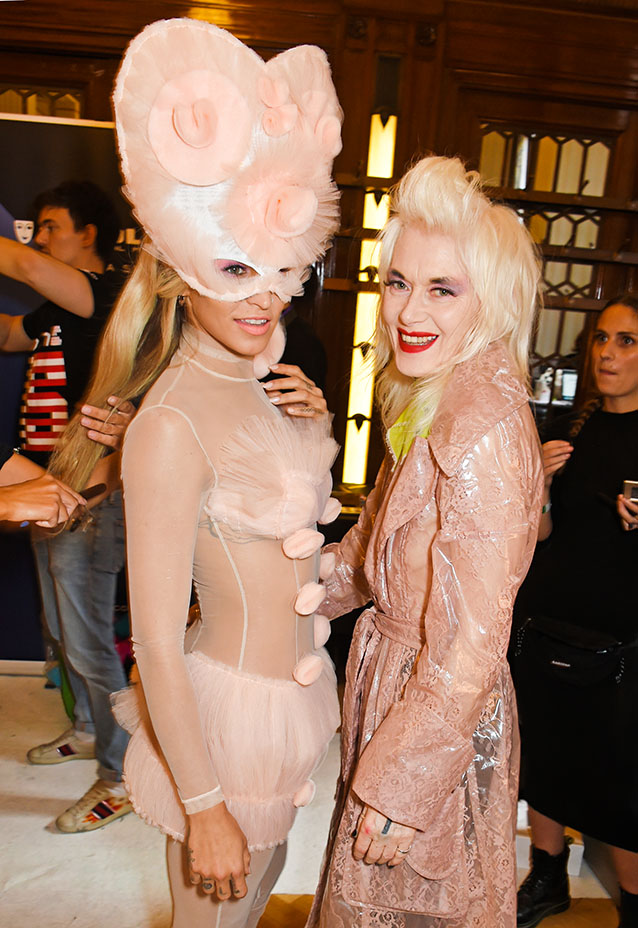