Considering this year’s Met Gala had such a bold theme, “Rei Kawakubo/Comme des Garçons: Art of the In Between,” it would make sense if the red carpet was full of over-the-top beauty looks. But in fact many attendees were inspired by the more minimal side of the designer’s oeuvre when it comes to makeup. For Paris Jackson’s first gala, makeup artist Vincent Oquendo went back into the archives and pulled inspiration from Comme des Garcons’ fall 2009 runway, which featured models with ultra-natural makeup, albeit accessorized by pink hair and mesh masks.

“With Comme des Garcons you have two kinds of women: You have the super avant-garde really colorful bleached-brow kind of muse, then you have the super fresh faced, almost no makeup kind of look,” says Oquendo. “So we went more minimalistic and super fresh and dewy, which we felt was a better approach tonight.” While he admits the ’09 models had a lot going on, “in the closeup beauty shots it’s really pretty fleshy pink, there’s mascara, there’s a well-groomed brow and glossy skin. It’s really fleshy, which is what I enjoyed, and so I wanted to create that look for Paris.”

Everything That Happened On the Met Gala Red Carpet

Since the 19-year-old has only had a handful of red carpet appearances, Oquendo felt it was important to maintain consistency and ensure she still looks like herself, “just a super polished Met Gala version of herself.” There’s no way to temper her mesmerizing eyes, so the makeup artist focused attention on letting them pop, but even more so her Old Hollywood-like brows. “Hers are my favorite brows to do — Paris has a distinctive way she likes her eyebrows done, with a higher arch and a little straighter in the body of the brow, and it tapers off at the end. There’s a science to her brows that I’m just obsessed with.” Oquendo used Anastasia’s Brow Wiz mechanical pencil in Medium Brown and a Shiseido brow powder to fill in the shape. He then used Glossier”s Boy Brow gel in Brown to set them.

As for Jackson’s complexion, Oquendo spent between 30 and 35 minutes prepping it before introducing any cosmetics at all. “I wanted her skin to look like baby skin, so there was a lot of massaging and masques,” he says. Her mini facial consisted of a jelly mask by Colbert MD (Illumino Anti-Aging Brightening Mask) and Klorane Soothing & Relaxing Eye Patches, along with Dr. Barbara Sturm’s face mask and hyaluronic acid ampoules. The latter he massaged into Jackson’s skin using a pink quartz from facialist Georgia Louise, which he calls “my little secret. It’s a pink quartz butterfly I keep in the freezer and use to massage and decongest the skin. It’s one of my secret weapons.” 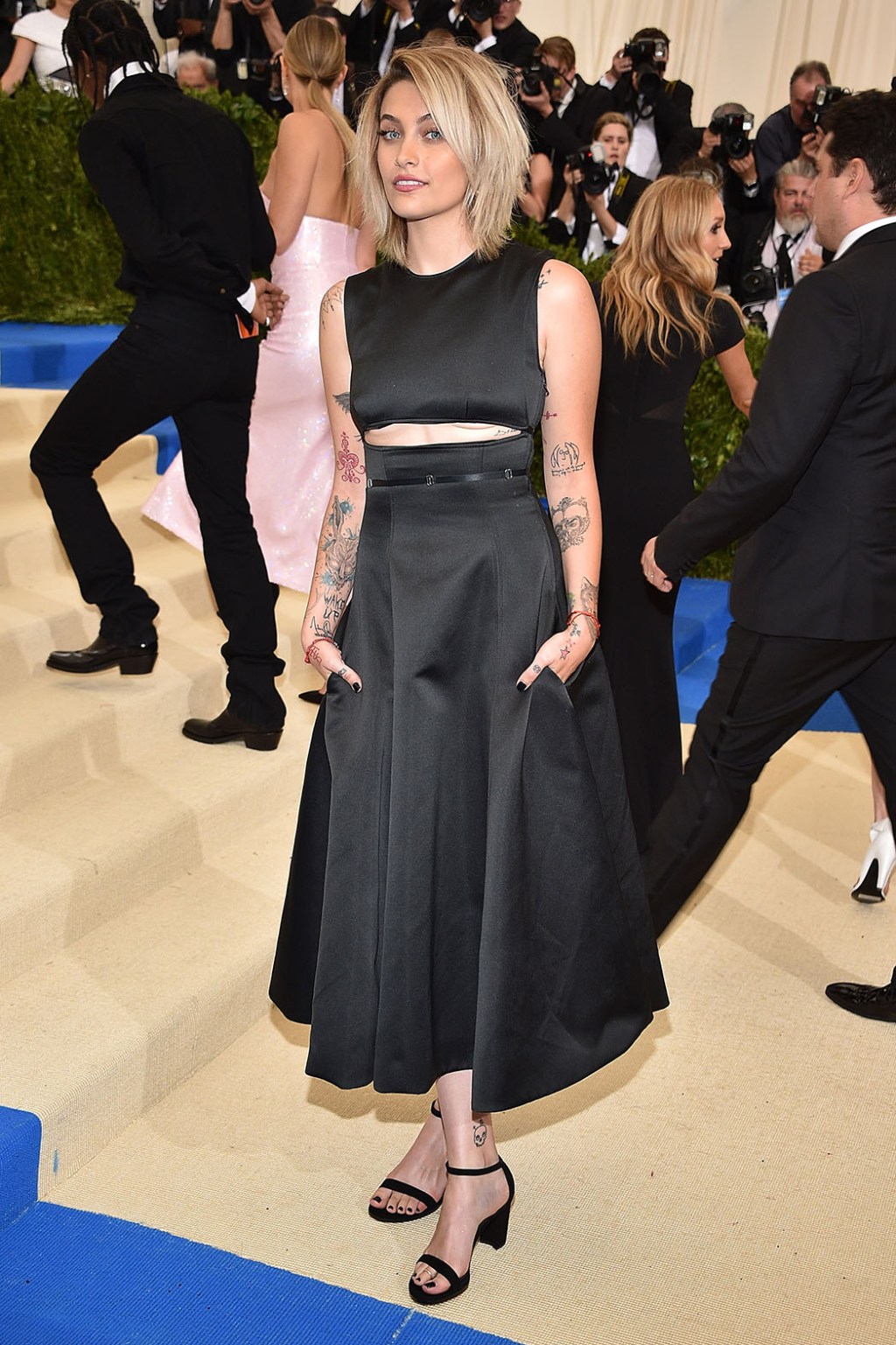