Harper’s Bazaar is certainly having a buzzworthy year.

The standout fashion mag has just revealed its April cover featuring a rising new star with the last name Jackson — Paris Jackson, that is. The 18-year-old flew to — where else? — Paris for the cover shoot, posing in front of the Eiffel Tower and on an army green military-style Jeep with a few servicemen in tow. The cover comes on the heels of another high-profile get with Rihanna posing on top of an airplane in tribute to Amelia Earhart. 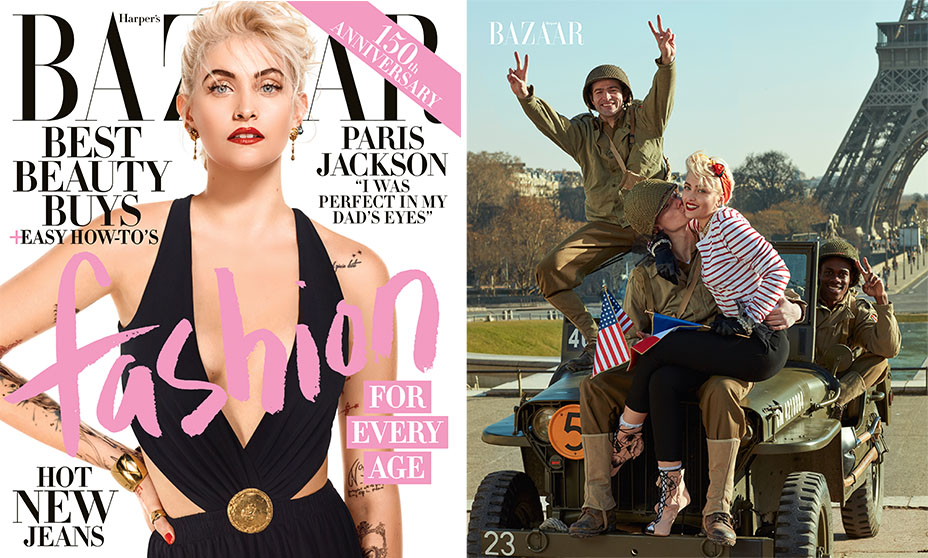 Harper’s is pulling out all the stops in 2017, and for good reason. The magazine is toasting a major milestone with 150 years in publication, making it the oldest women’s magazine on the newsstands. As the media world continues to transform (read: downsize and consolidate), that makes this birthday celebration that much more remarkable.

To get the skinny on the anniversary festivities, Pret-a-Reporter got an exclusive sit-down with veteran editor-in-chief Glenda Bailey on Jan. 27 in Los Angeles, ahead of the big reveal of Harper’s 150 Most Fashionable Women in the World list. Decked out in a black Gabriela Hearst creation (days after the Uruguay-born designer won the coveted Woolmark prize), Bailey bailed on pre-party relaxation to give Preta more than a few minutes of her undivided attention at a corner table just off the Sunset Tower lobby.

Congratulations on 150 years of Bazaar. How does it feel to celebrate such a milestone in the magazine business?

It doesn’t feel 150. But it’s such a joy going through the archive even though we don’t actually have a full archive. We don’t have the original prints so it was a bit of a treasure hunt trying to track everything down. When you open those early issues and you see names like Charles Dickens, Thomas Hardy with an excerpt of Tess of the d’Urbervilles, F. Scott Fitzgerald and [Truman] Capote, and then on the art, you’ve got everybody from Picasso to Sigrid Sherman, it’s just this treasure trove of talent. I feel humbled and privileged to be a part of Harper’s Bazaar’s history.

And you’ve got big plans for this year. What can you tell me?

First and foremost, we’re producing a coffee table book which comes out in April from Abrams. It’s 150 of the greatest moments from Harper’s Bazaar. It is very, “Wow!” It starts off with Mary Louise Booth, who was the first editor-in-chief and she’s an incredible woman. She was a suffragette, spoke seven languages and worked as a translator. You can read her editor’s letter, which was where she came up with the slogan, “fashion, pleasure and instruction.” We published three editor’s letters in the book — Mary Louise Booth, Carmel Snow who wrote about Paris just after the war, and my first editor’s letter. It went down to the printers on Sept. 12, 2001,  and I had to pull it back in and change it. Every single one of those letters, the editor-in-chief is saying why is a fashion magazine relevant at that time. It’s all about the celebration of life. We always try to create a party that everybody’s invited to. [Speaking of parties, Bailey has partnered with American Express for a global book tour that will take her to London, Paris and Milan after launching in New York.] 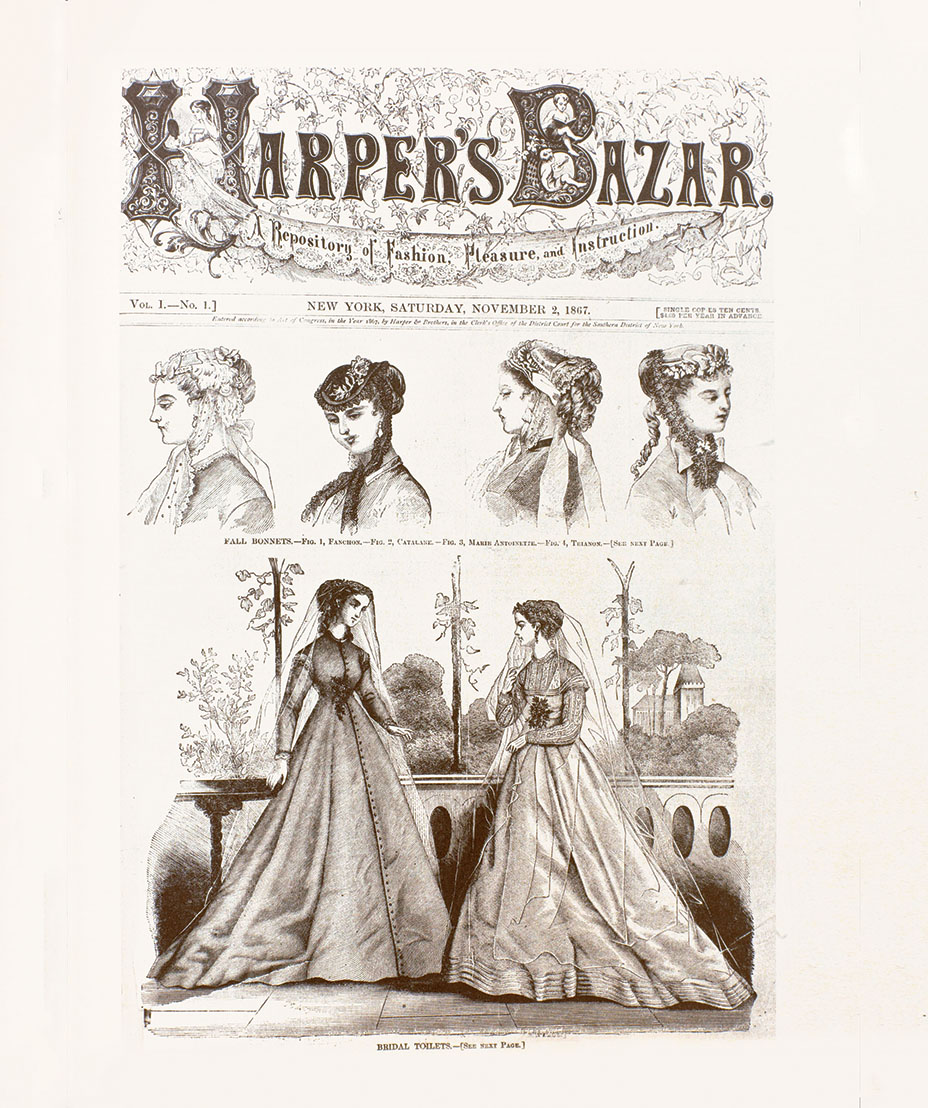 You’re famous for pushing your cover stars to the limit in getting that iconic shot. Do you have a favorite? And was there ever a moment with one of these women where you thought, “OK, maybe this is too much?”

One of my favorites is Demi Moore. The reason why it’s one of my favorites is because it brings in all aspects of inspiration. With that cover, I was watching the [Alexander] McQueen show and it was very surreal. I thought that I’d love to show those fantastic dresses with the armadillo shoes on a cover, inspired by [Salvador] Dali. That turned into a spiral staircase going nowhere but planted in the sand. But we needed to have some interaction, so we decided on a giraffe. I’m explaining this to Demi and she’s so positive. But then there she is, and it’s so dangerous on the sand with Demi wearing these enormously high shoes and the giraffe comes galloping up … with terribly bad breath. I think it turned out iconic but what makes me the most proud is I can’t think of a better celebration of McQueen’s life because it turned out to be his last collection. 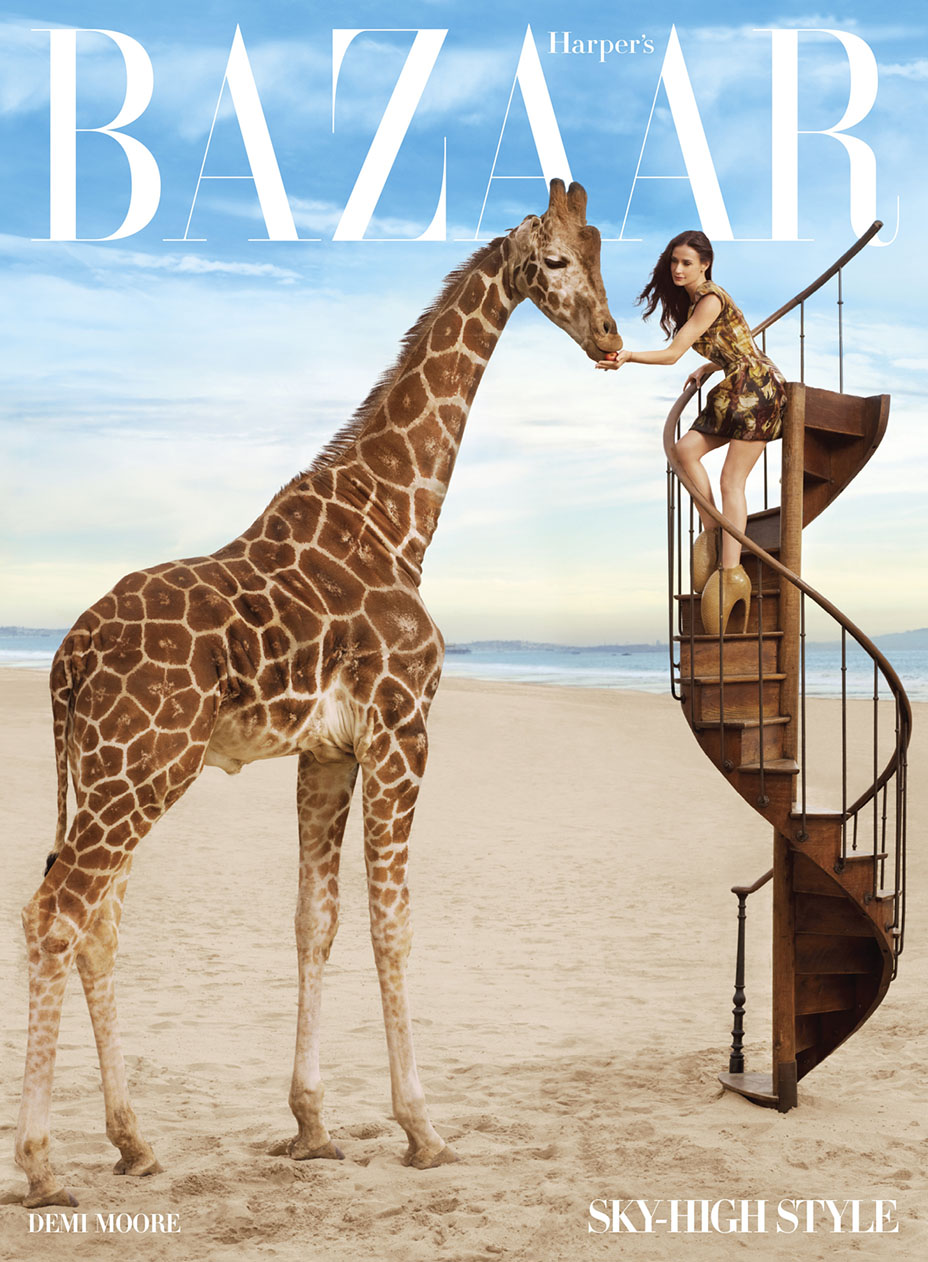 That was a fun story.

The other one I love, of course, is Rihanna and the sharks because … she was fearless. 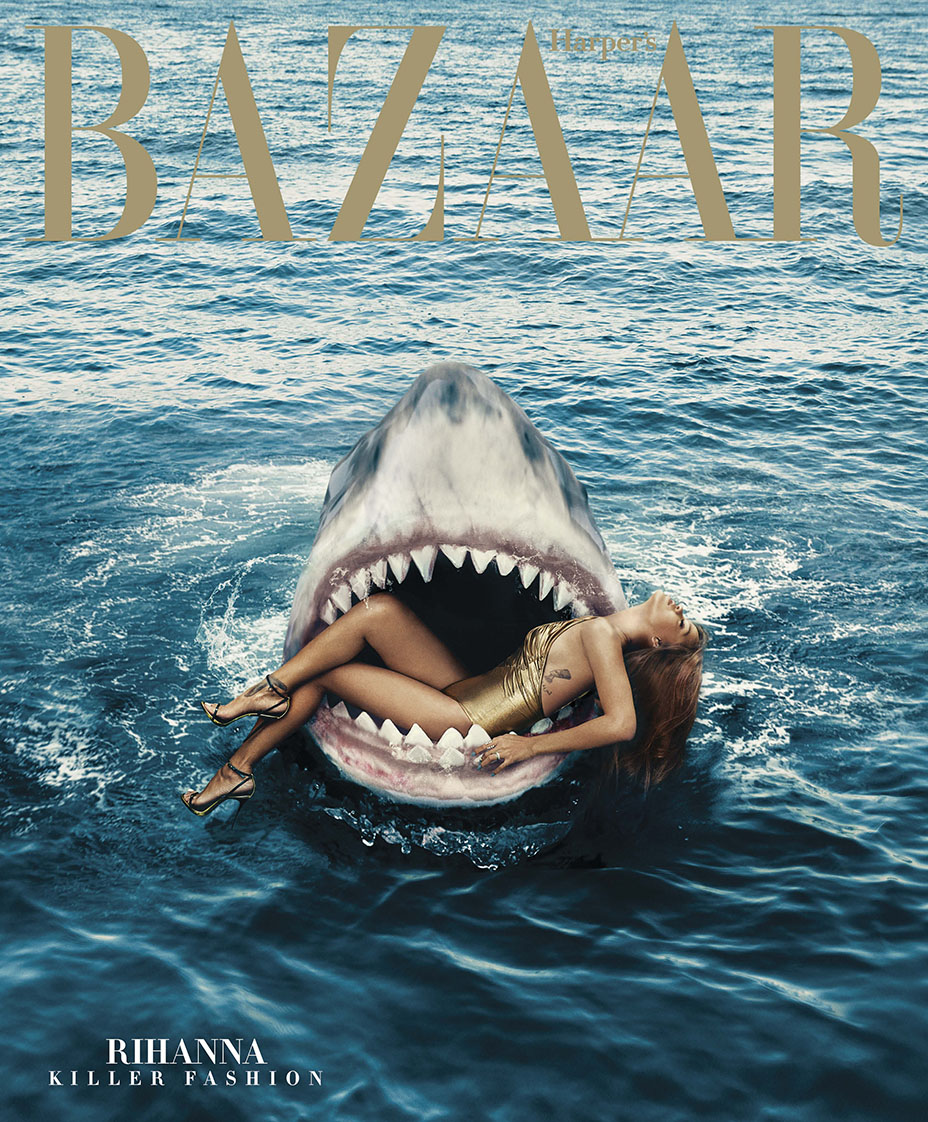 Tell me about how you managed to stay on top during a tumultuous/exciting time in the media business as technology and digital continue to transform the business.

I’m all about ideas. Right now, you get all your news from social media and you get it in two seconds. To exist as a glossy magazine, you have to produce something that you can’t get instantly. This is why, to me, there’s never been a better time to be an editor because you can produce these wonderful images in print and you can cover them online.

What do you think has been the most significant shift in the fashion business since you’ve been at the helm?

Obviously, everybody’s obsessed with see now, buy now. … I’ve always felt that retail and magazines are also in the entertainment industry, and you have to welcome people into stores and you have to welcome them online if you want to get them to spend money on what you’re selling. It’s about good editing, saving people’s time, and being respectful of their needs. As Tom Ford used to say, there’s no such thing as a good collection unless it sells.

We’re in the midst of a new political and cultural landscape. Can you speak to a 22-year-old college student who is preparing to graduate with a journalism degree. What advice would you give on how to navigate this brave new world that we’re in?

First and foremost, working your way up is way overestimated. I started as an editor-in-chief and I’ve not done anything else. Know what you’re good at and then go for it. That is my attitude. Be prepared to work very hard but be very focused. Know everything that you possibly can learn and then think about how you can be innovative. How you can be original? How you can be indispensable?

Scroll down to check out other memorable covers from Harper’s Bazaar’s history, including the very first cover. 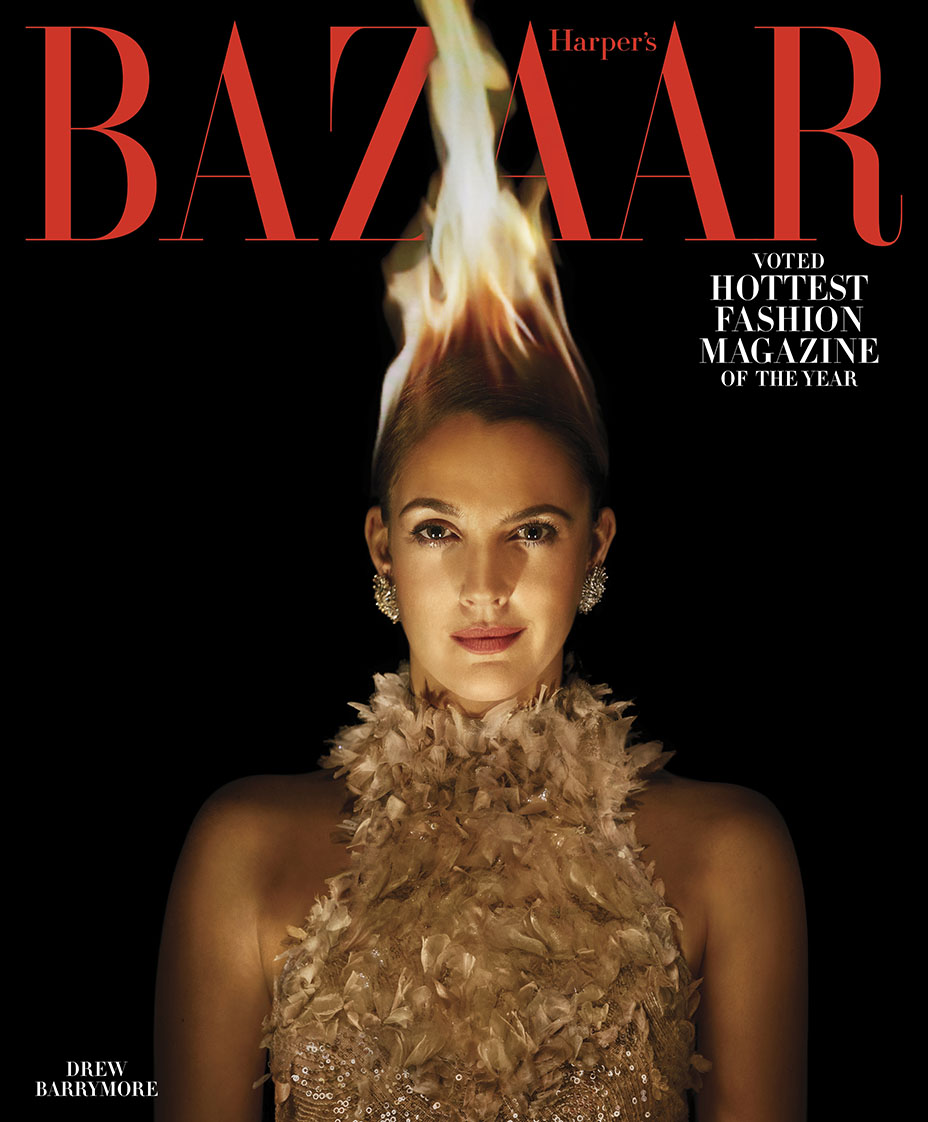 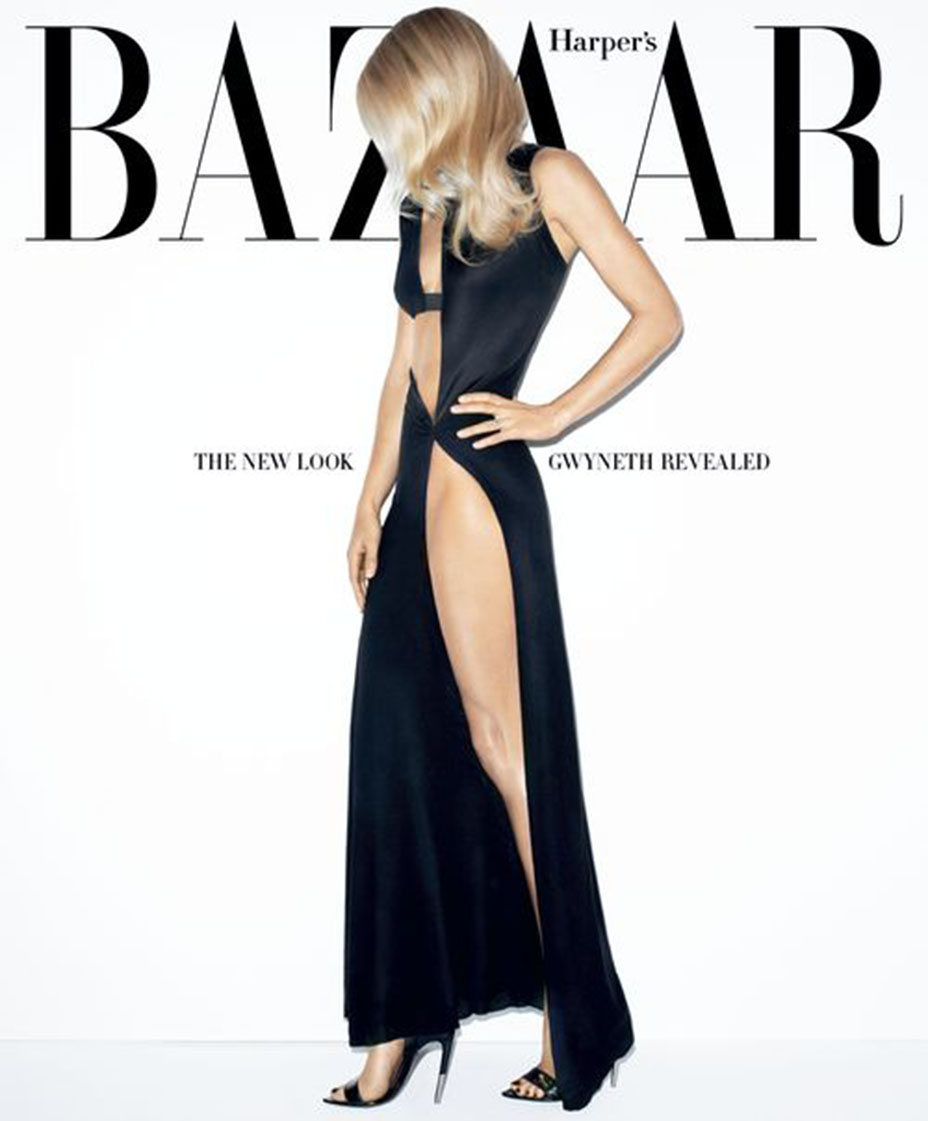 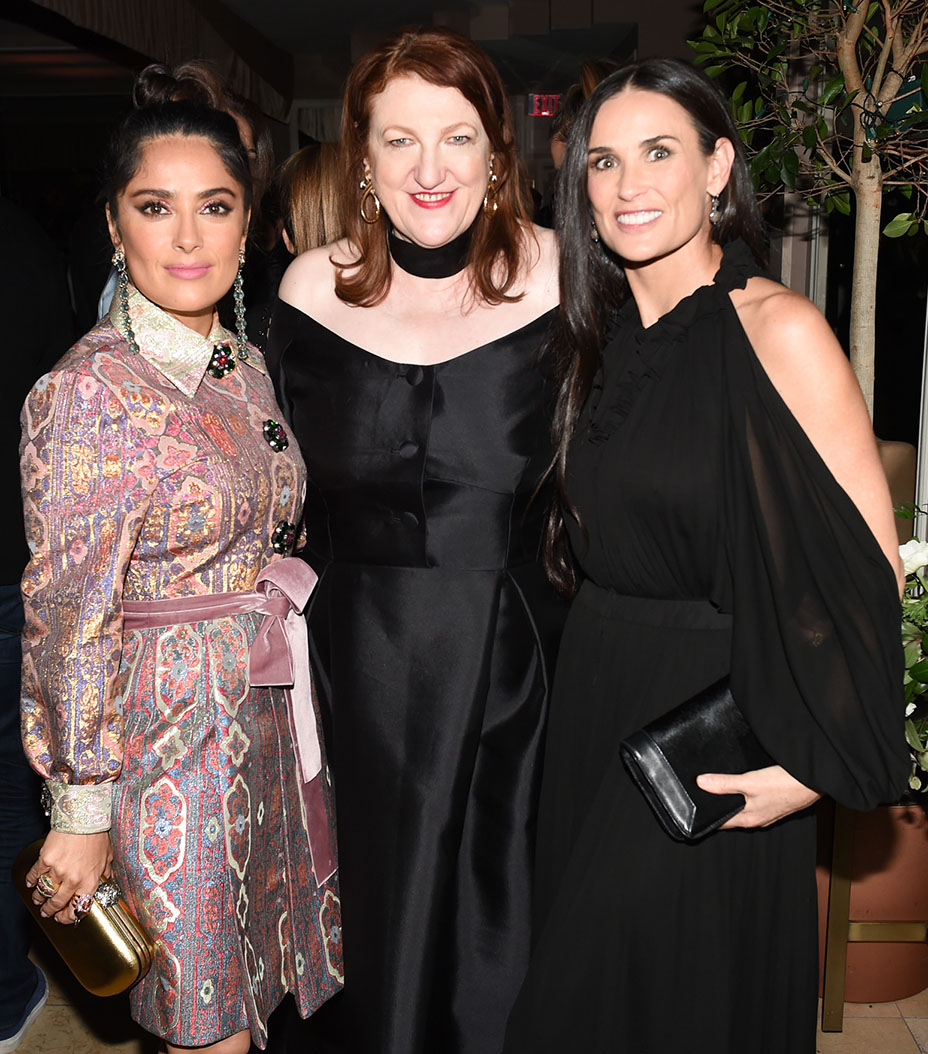 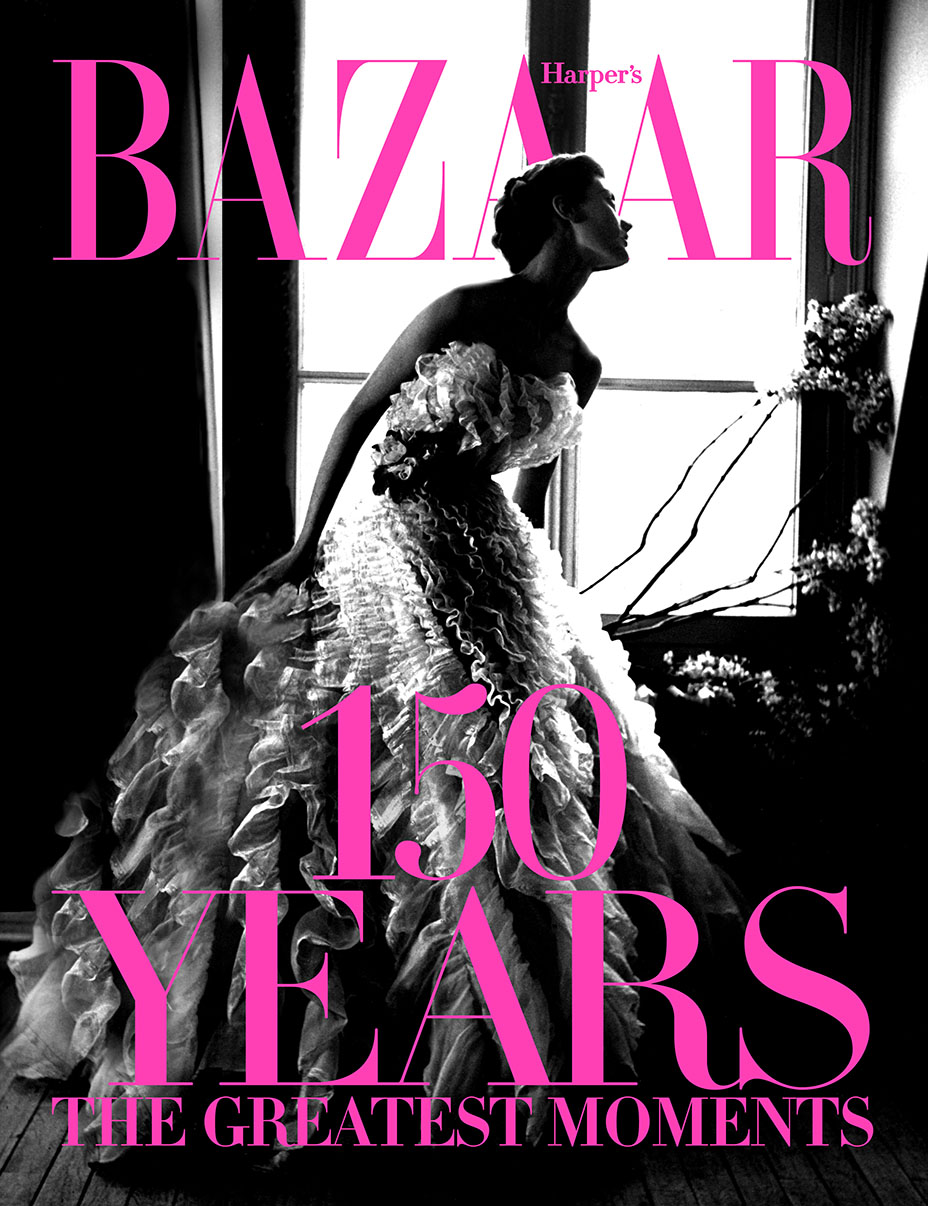