Taking after her fashionable late father, Michael Jackson, Paris Jackson stepped out in style at the Grammys on Sunday in a figure-hugging, rainbow-hued Balmain gown.

Styled by Sonia Young, the aspiring model and actor paired the plunging look with Balmain shoes, jewels by Kimberly McDonald, and a WAR clutch by designer pal Michael Bradley.

“It’s glam-meets-her-inner-’70s-flower-child,” says Young of the split-pant look from Balmain’s spring 2017 ready-to-wear collection. “She’s super involved in all of her looks. She’s hands-on and knows what she likes.” 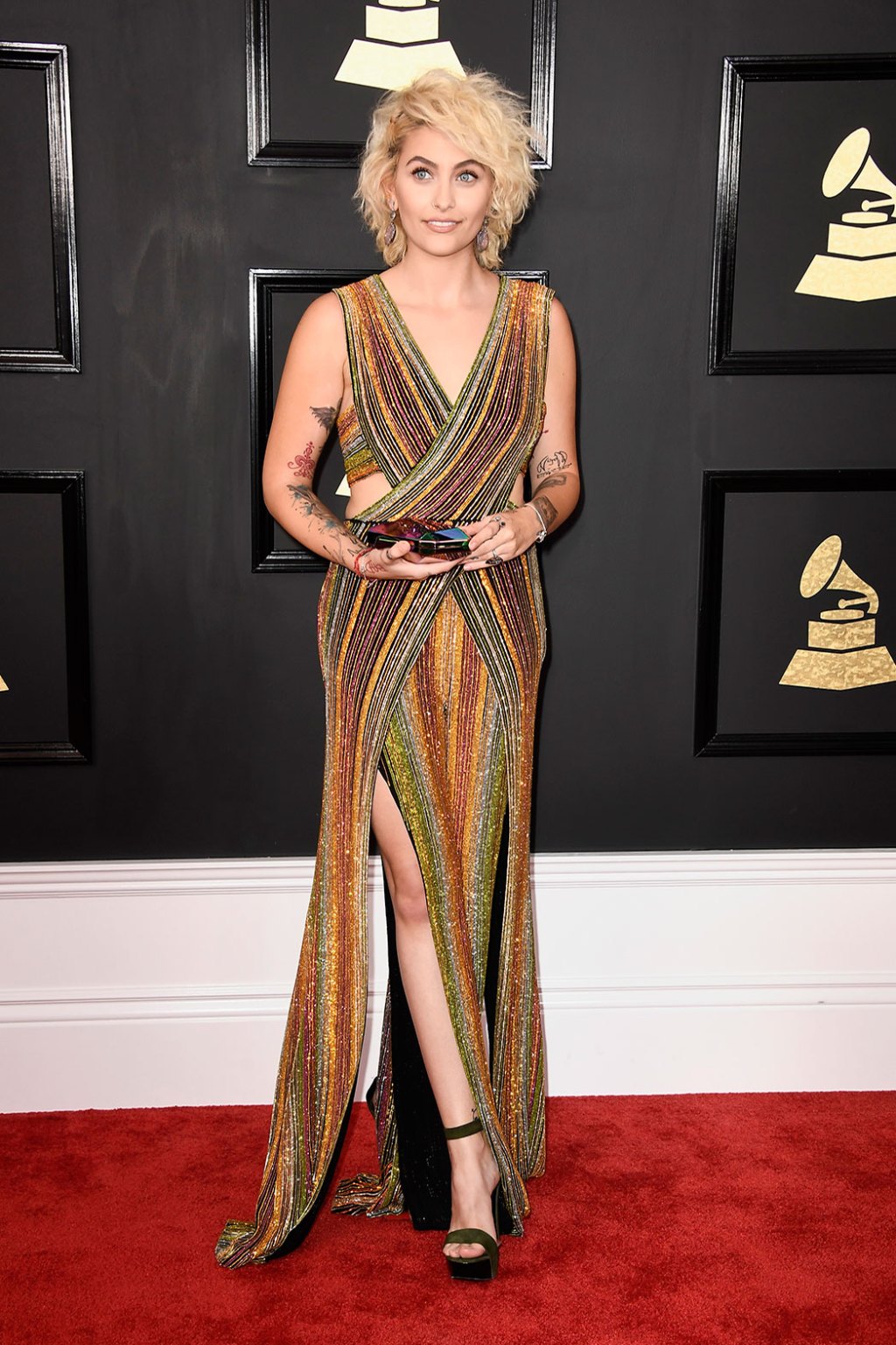 “I was really nervous, and I made eye contact with Beyonce, and then I almost peed myself I was so nervous,” Jackson told E! News of attending her first Grammy Awards show in 2010 to accept the lifetime achievement award on her dad’s behalf alongside her brother Prince.

Jackson is scheduled to present on Sunday night, and will switch into an outfit by Jeremy Scott “that we designed together,” she told E!