Soft colors spoke volumes at the Oscars on Sunday, with some of the show’s biggest contenders sporting spring-themed hues.

Best actress nominee Yalitza Aparicio of Roma stepped onto her first Oscars red carpet in a dreamy custom Rodarte gown in a seafoam shade of tulle, dotted with rhinestones. 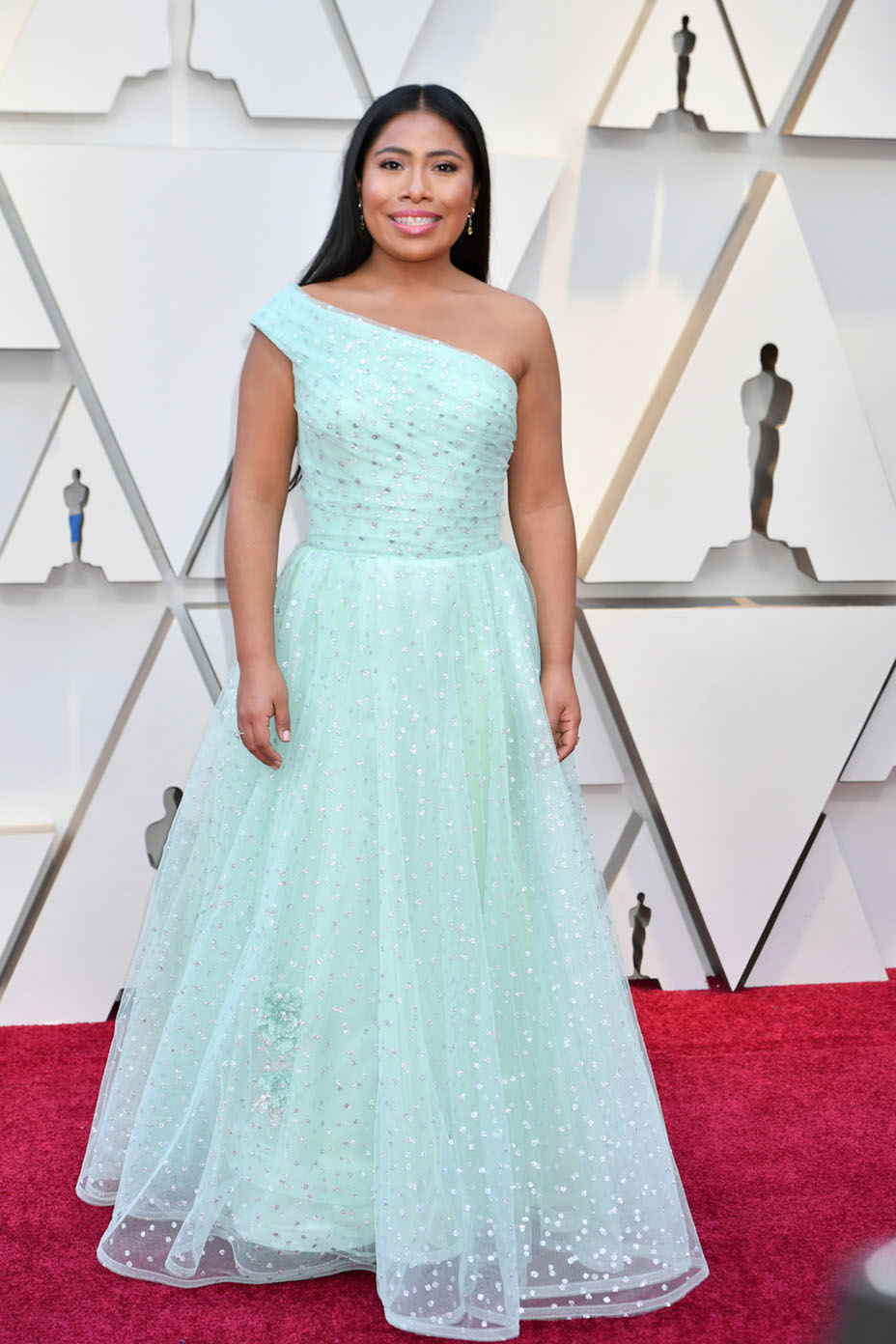 Charlize Theron delivered a dose of Old Hollywood glamour in a backless, ice blue Dior gown rendered in wool and silk that took 300 hours to create, which she offset with a new brunette ‘do and a bold lip. 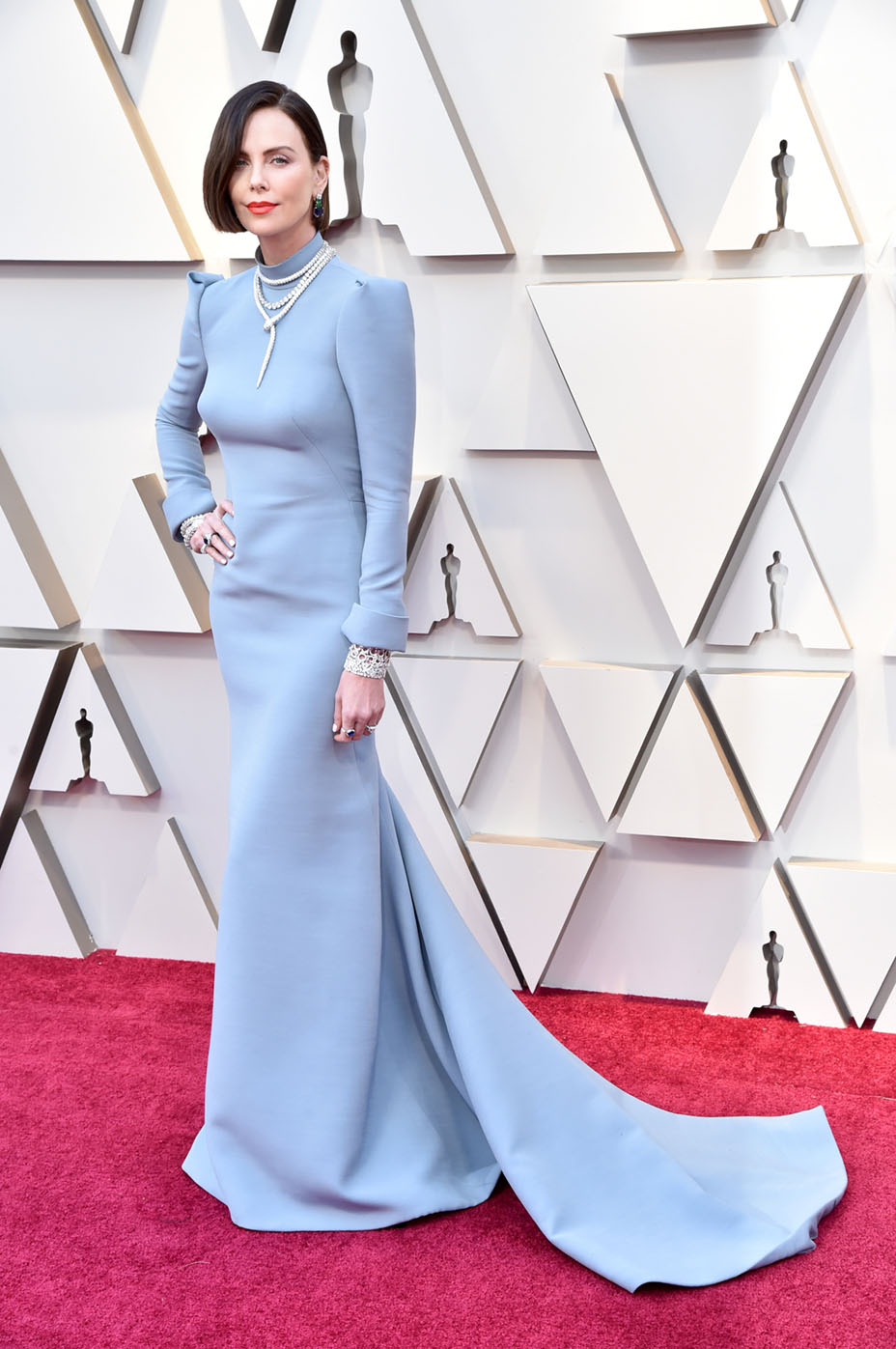 Presenter Kacey Musgraves, who recently swept the Grammys with her album Golden Hour, arrived in an ethereal pale pink Giambattista Valli look that cascaded into layers of tulle. “We loved the shade of pink and Kacey felt like a couture ballerina in it,” explained the musician’s stylist, Erica Cloud. 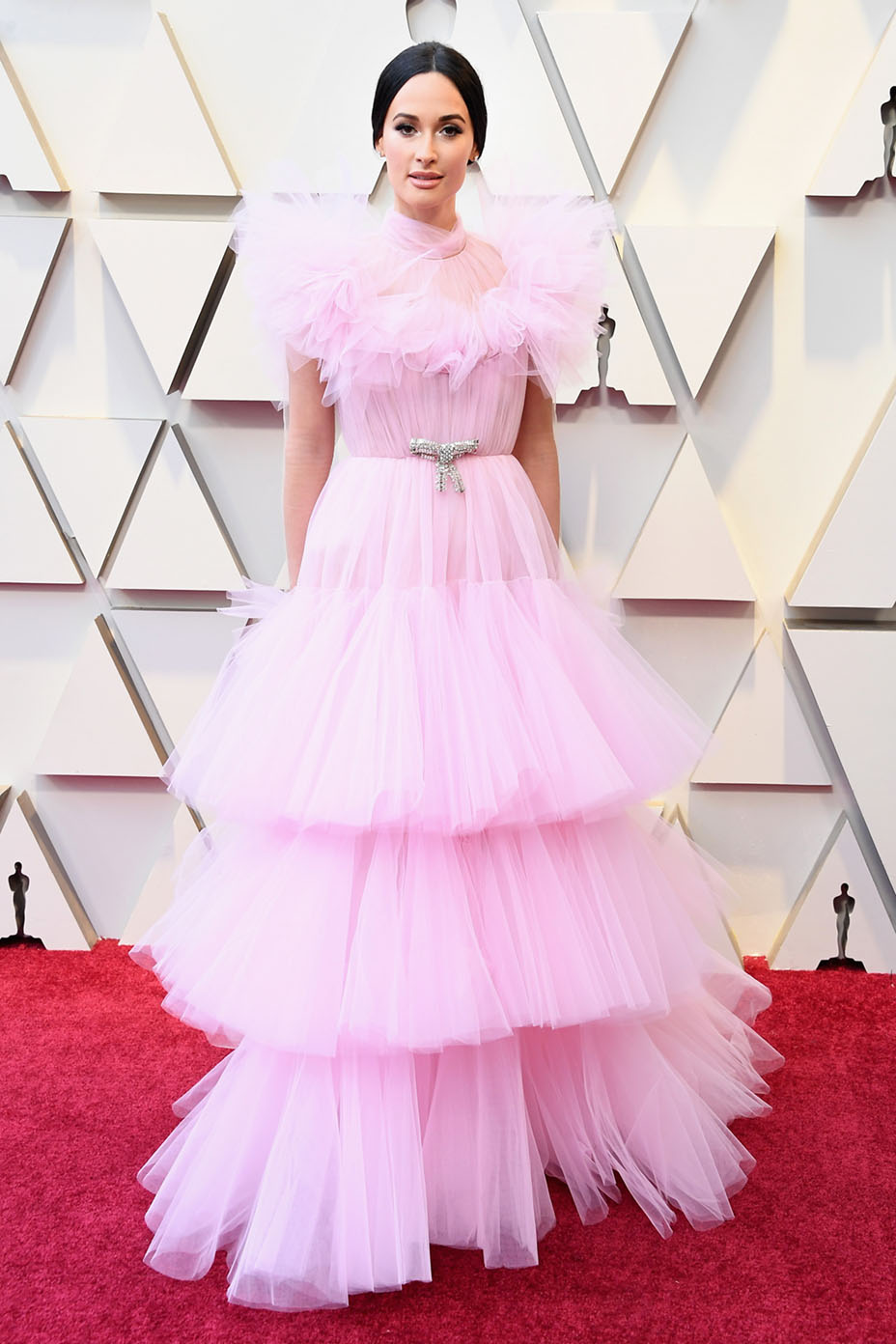 Crazy Rich Asians star Awkwafina landed on a glittering lavender-hued suit by DSquared. In a preshow interview with E! host Ryan Seacrest, the comedian noted that the label has supported her throughout her career. 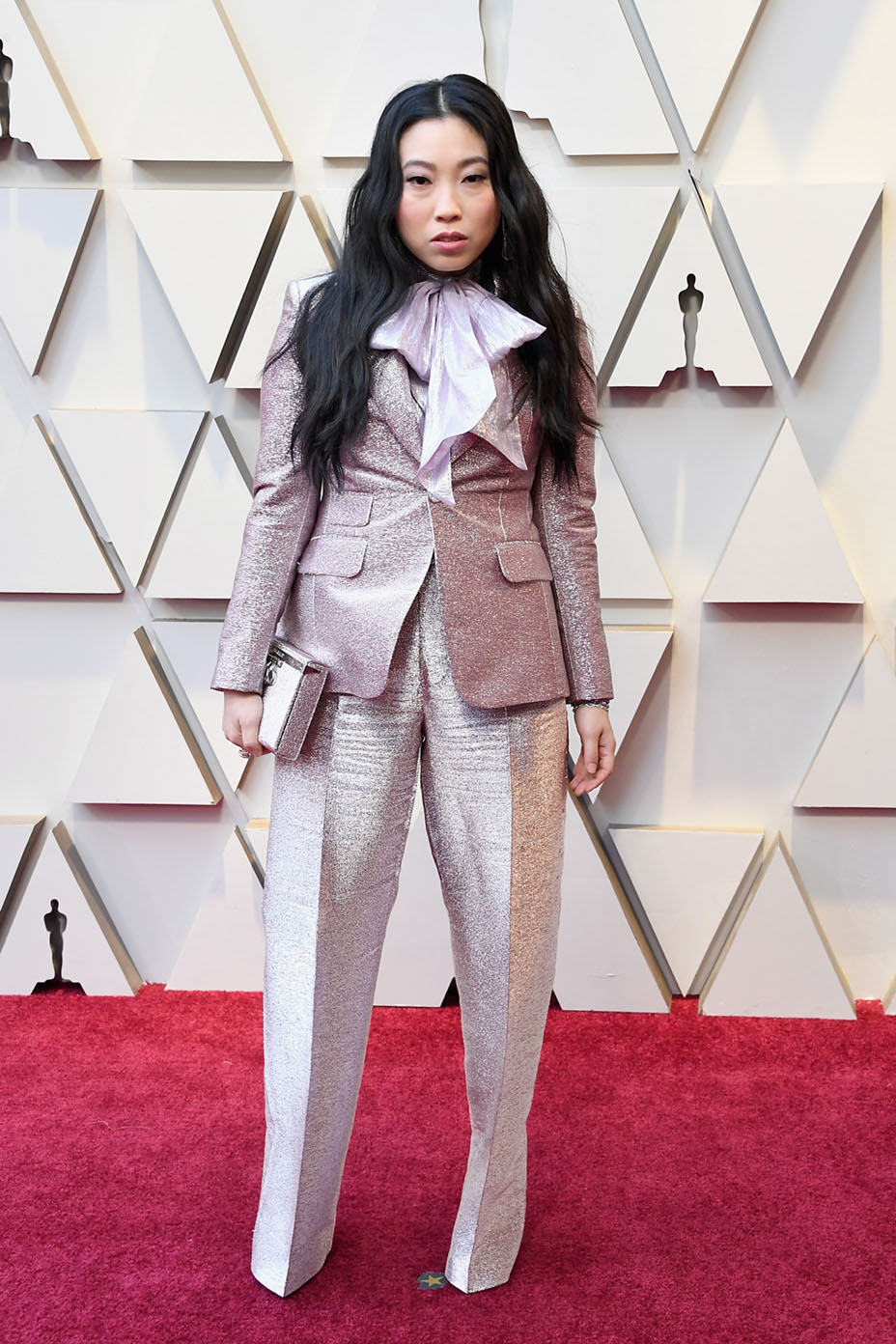