Continue to The Hollywood Reporter SKIP AD
You will be redirected back to your article in seconds
Skip to main content
January 12, 2017 6:30am

Everyone is busy in Hollywood, but Peter Berg is moving like Usain Bolt. In one year, Berg, 52, directed two Mark Wahlberg films (Deepwater Horizon and Patriots Day) and produced three others (Crouching Tiger, Hidden Dragon: Sword of Destiny, Oscar hopeful Hell or High Water and the upcoming Jeremy Renner starrer Wind River). And his packed TV slate includes the HBO series Ballers and The Leftovers. It should come as no surprise that the onetime Chicago Hope actor subsists on only four hours of sleep a night. “I’ve always had a lot of energy. I get it from my mom, who is very high functioning. She’d call it ‘fire chi,'” says Berg, who oversees a staff of about 100 between his Film 44 and Film 45 shingles and his boutique L.A. boxing gym, Wild Card West.

As Patriots Day expands wide Jan. 13, Berg, who splits his time between Brentwood and the West Village, already is plotting his next directing gig, likely the Jakarta-set CIA thriller Mile 22. The father of a teen son invited THR to his West L.A. offices to discuss the rival Boston Marathon bombing movies, Macalester College buddy and agent Ari Emanuel, and directing Trump in an Oreo commercial.

What attracted you to the Boston Marathon bombing story?

It checks a lot of the boxes for me. It’s the kind of story that I really like to tell: nonfiction stories about people under a fair amount of pressure, trying to do their jobs with very high stakes. Condensed timeline. As I get further along in my career and have the luxury of having some say over the kinds of movies I make. I want to make movies that hopefully in 15 or 20 years people can look at and say, “That really was a film about a critical time in our lives.” These acts of terror like Boston have become this horrific new reality. I wanted to explore that. The Tsarnaev brothers were assimilated into our culture. These were the kids you see at Starbucks, you see at baseball games, you hang out with. And they became radicalized. These people didn’t sneak in from Saudi Arabia like 9/11. They were here all along, and that’s very hard to process.

Patriots Day arrives months before this year’s Stronger. How did you feel when you learned there was a different bombing project?

I didn’t like it. I don’t think anyone did. I don’t think [Stronger star] Jake Gyllenhaal did. Not that there can’t be room for two movies. It surprised me that Lionsgate would get behind both movies. I was having trouble finding the logic in that corporate decision-making. So my position was, “If we’re going to do this, we’d like to come out first, or we’ll go make another movie. It’s your choice.” They said, “You’ll come out first.” 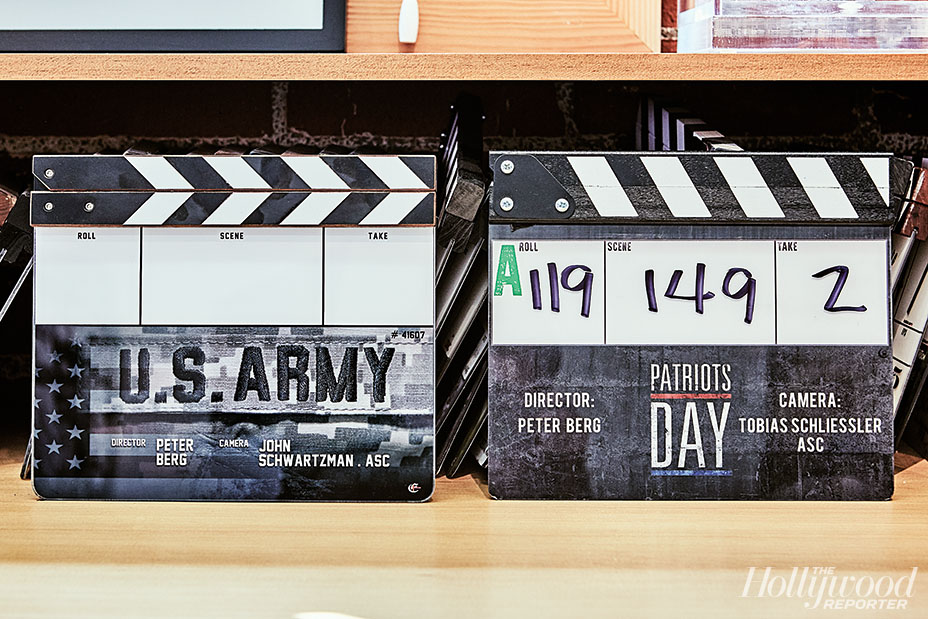 Wahlberg starred in Patriots Day, Deepwater and Lone Survivor. Is he your muse?

Yeah. Sort of. I really like him. He’s really become a good friend. Movie stars are hard to get to know. They’re generally pretty private people, and there is a whole slew of baggage that comes with being a movie star. With Mark, I can tell him exactly what I think and not worry.

Why did you agree to help Harvey Weinstein and produce the Crouching Tiger sequel?

Because Harvey promised if I did that, he was going to give me a book that he’s got called Boys in the Boat. So it was a quid pro quo. And I’m still waiting for the quo.

What’s the status of your planned El Chapo movie?

I got out of the El Chapo business. At the boxing gym, we have a lot of Hispanic fighters from Mexico. Two days after [El Chapo’s] escape, two of my fighters came in and asked if they could talk to me, and then told me that El Chapo wanted to meet with me. That’s when I realized, Hollywood thinks it’s a cool idea to make a movie. [But] this is a very dangerous group of individuals. And this is my gym, where I work out and train, and my child comes in. I said, “Tell Mr. Chapo, first of all, good job on your escape. I will not be making a film. I wish him all the best.”

Ari Emanuel took a lot of heat for meeting with Donald Trump recently. What did you think of that move?

Trump’s the president of the United States. You can ignore it or pretend like it’s not happening or scream and yell. You might as well reach out to him. I heard a phone call between Ari and Trump where Ari talked about climate change and wanted Trump to understand that climate change is real. And thank God Trump will listen to him and take those calls. Obviously, Ari’s pretty public about his [liberal] politics. But he’s going to accept the fact that [Trump] won, and he’s going to do everything he can to have a relationship with the guy and see if he can’t influence him a bit, so I think it’s a great thing. 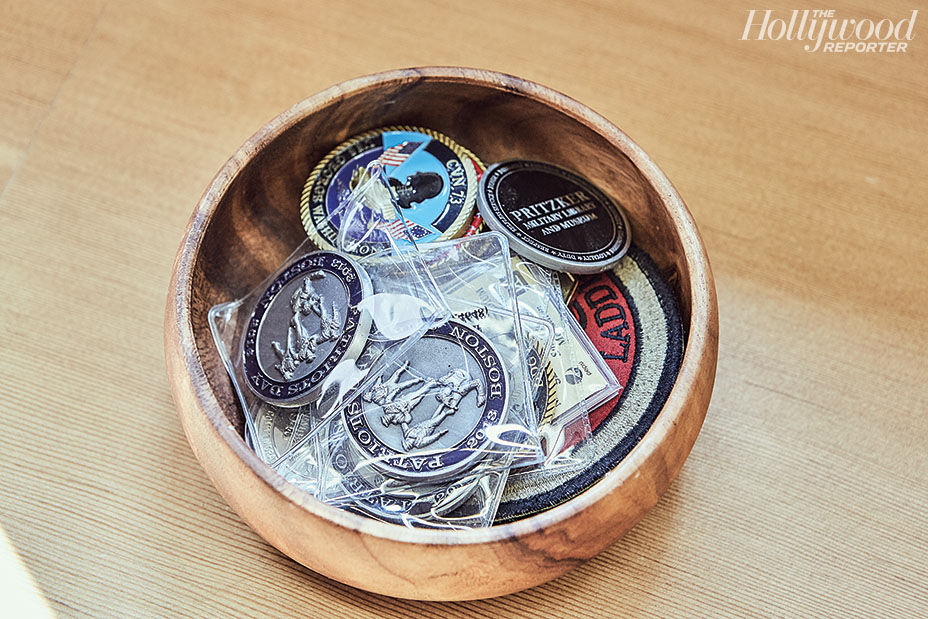 Did you support Trump or Hillary Clinton?

I’m not telling you. I was supportive of Bloomberg. But I completely accept Trump as our president. I hope he’s able to create jobs, to bring people together. I hope that he doesn’t alienate minorities. I’ve known Ivanka for a long time. Always thought she was a really charming, smart girl. She used to box at my gym. I directed Donald Trump in an Oreos commercial 10 years ago. He was a nice guy.

You took heat for criticizing ESPN for giving Caitlyn Jenner a “courage” award. And Caitlyn took heat for supporting Trump. Do you think Hollywood is too PC?

Yeah, probably. I had dinner with Caitlyn. The person who took the least offense to that post was Caitlyn Jenner. But that gets lost. What I posted was not anti-transgender. The theme was about what the media focuses on. I wasn’t that surprised by different transgender groups or gay groups attacking me and calling me homophobic. That was OK. I understand where that’s coming from. I can handle that. What freaked me out was when I started getting emails from hate groups saying, “Yeah, you’re one of us, you’re one of our brothers. Come to our side.” I was like, “Whoa, no.” But I probably do think twice now before I get really political, particularly discussing issues that are polarizing. And by the way, Caitlyn Jenner has a right to support any politician she wants to

How 'Patriots Day' Tackled the Sensitivity of the Boston Marathon Bombings

I’m finishing that now. We’ve got about a thousand hours of footage. That was a fun change of pace. After Lone Survivor and Deepwater and Patriots Day, where all these men run around with guns, to go travel with Rihanna around Europe, and Rihanna is surrounded by girls. We were in Nice [France]. She was going to do a concert on Bastille Day. And that truck driver who killed all those people plowed through them right in front of our hotel. So even in me trying to do something light, I had a very, very front row seat to something that horrific. 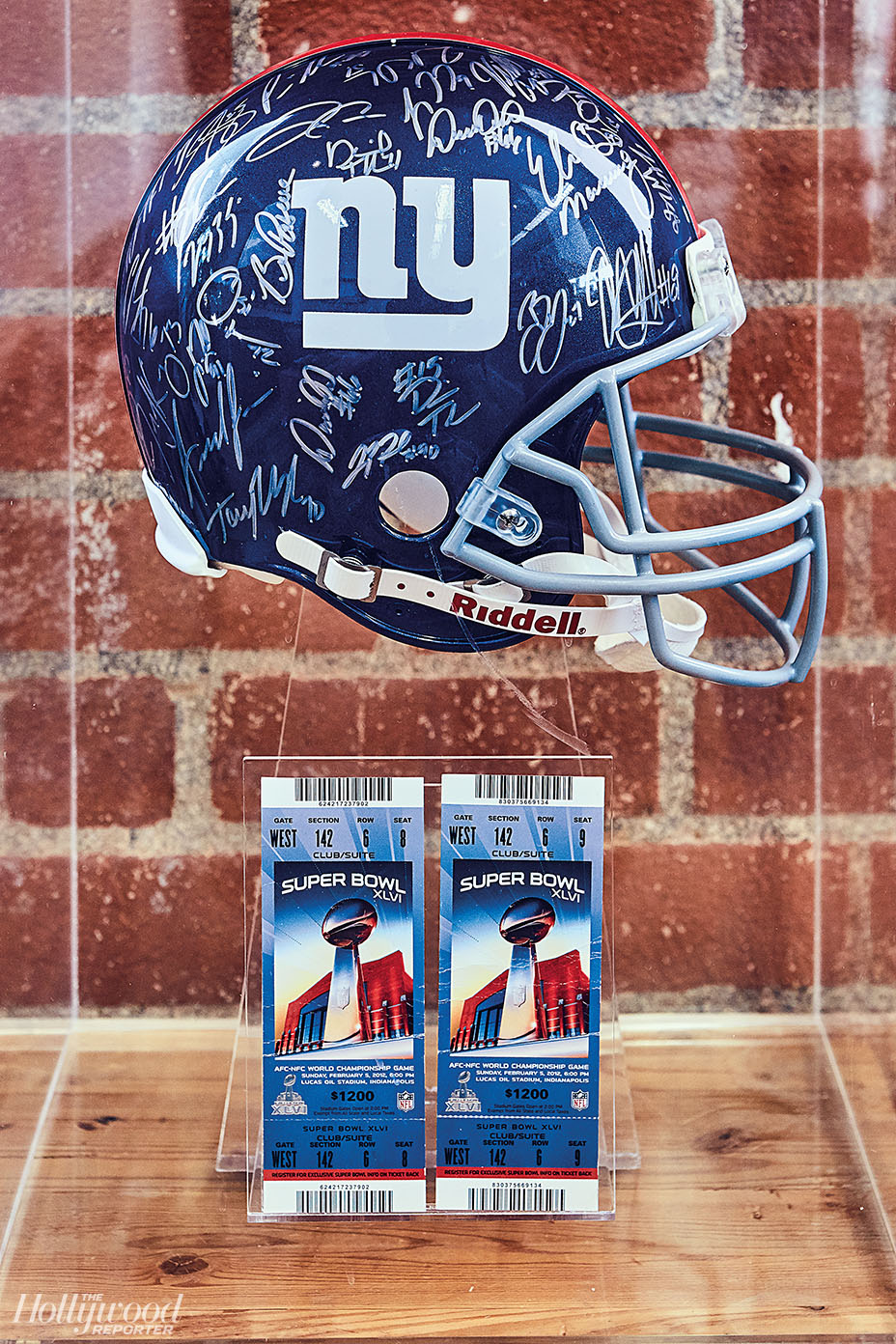 Do you ever get the urge to act again?

I do, and then it passes quickly. I put myself in Deepwater for one scene, and halfway through that scene, I was like, “Get me out of here.” My brain moves too quickly for it. I get too restless. I enjoyed it in my 20s. Now as a grown-ass man, I don’t have that desire. Although when I see really good actors like Kurt Russell or John Malkovich and I see how good they are and how much fun they’re having, that actually reenergized me a bit and made me think about it.

What was your favorite acting performance?

Corky Romano. Not even a close second. You haven’t seen Corky Romano, have you? I had to try and order rum raisin ice cream, and Chris Penn, rest his soul, was screaming at me. That actually was my favorite piece of acting.

A version of this story first appeared in the Jan. 20 issue of The Hollywood Reporter magazine. To receive the magazine, click here to subscribe.