After Nell Newman — daughter of Paul Newman and Joanne Woodward — started her foundation in 2010, she gave away up to a half-million dollars a year to causes that support her vision of a more sustainable and just world. She also helped direct more than $40 million in giving during the course of more than two decades as the founder of Newman’s Own Organics, a licensee of the Newman’s Own brand that her father co-founded (with writer and editor A.E. Hotchner) in 1982. But when Newman’s Own and its president and CEO Bob Forrester chose not to renew the license in 2015 — against Nell’s desires — she was left without a job or a means to fund her giving. Donations from the Nell Newman Foundation have since declined to a few tens of thousands a year.

But now there is an unexpected windfall on the horizon: a final gift, if you will, from her father, who died in 2008 at age 83. On Oct. 26 in New York City, Phillips will auction one of the most iconic wristwatches ever owned, a white-dial Rolex Cosmograph Daytona timepiece that Paul Newman was frequently photographed wearing in the ‘70s and early ‘80s. Eventually, this particular style of Daytona, featuring what’s known as an exotic dial with Art Deco-style numerals, became so associated with the actor that Rolex collectors began referring to others like it as Paul Newman Daytonas. In 1984, Newman’s watch dropped out of public view, and the actor began wearing a new black-dial Rolex Daytona. Serious watch collectors have long wondered what happened to the Cosmograph.

Turns out, it was on the wrist of James Cox, an old boyfriend of Nell’s who received it as a gift from Paul. Since their breakup in 1993, Cox and Nell have remained friends, and he serves as the treasurer of her foundation. So when Cox decided to sell the timepiece (upon realizing, after many years, how valuable it is), he approached his ex about donating a portion of proceeds to her charity. “I told him he should keep it all, but he really insisted,” says Nell Newman, 58, during a July phone interview from her home in Santa Cruz, California. At one point, she also reveals, lawyers for her father’s estate “tried to chase him down for the watch. I had to call whatever lawyer it was and say, ‘No, that’s James’ watch.'” Her father gave it to him in 1984, when Cox helped rebuild the family treehouse on their property in Westport, Conn. 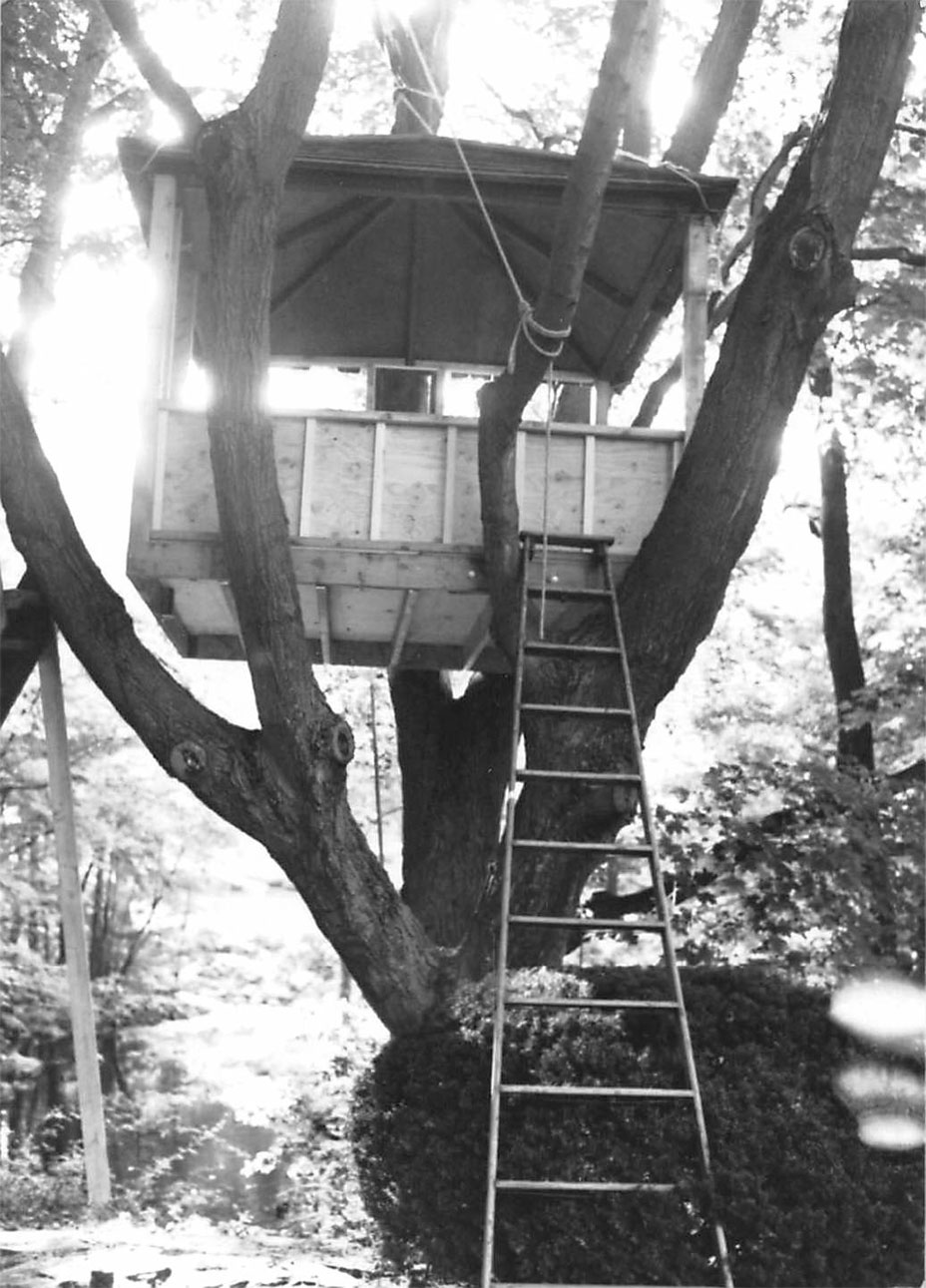 The auction could break records. No more than about 4,000 of this particular Daytona were ever made. (Today examples sell for $160,000 to $220,000.) While Phillips’ official estimate for the sale is $1 million, some experts believe it could go for $5 million, perhaps even $10 million, which would beat the all-time Rolex record set in May when Phillips sold a 1954 timepiece once owned by the last emperor of Vietnam for $5 million. Not bad for a watch that first retailed for around $300. “We have already received absentee bids on the watch,” says Paul Boutros, head of Americas and senior vp for Phillips Watches. “It’s got this amazing provenance and it’s really all original. Nobody mucked with the dial. Nobody changed the hands. It was worn but not polished. The top collectors want something that’s never been touched by a polishing wheel.”

A gift from Woodward to her husband in the late ‘60s when he started car racing, the watch is inscribed “Drive Carefully, Me.” (Asked how her mother, now 87, is doing, Nell reports, “She’s OK. I saw her a couple of weeks ago. I don’t think she’s ever recovered from Pop dying. They were each other’s lives.” She adds that she often sends her mother roses from her garden via FedEx. “They are great-smelling roses, and she loves them.”) Paul’s Rolex “was basically for timing race cars. It was a working watch,” says Nell. Her father loved racing and excelled at it, winning four Sports Car Club of America national championships. “The thing he loved about racing was that you didn’t win because your eyes were blue,” she recalls. “You were either the fastest, smartest guy on the track or you weren’t.”

Her dad, she says, was renowned for not liking fancy things. “In the good old days when you couldn’t wear blue jeans to a nice restaurant, he had a three-piece suit made out of blue jeans patchwork material tailored with buffalo-head nickels and liberty-head dimes and he would wear it out. It was a sight,” she says. 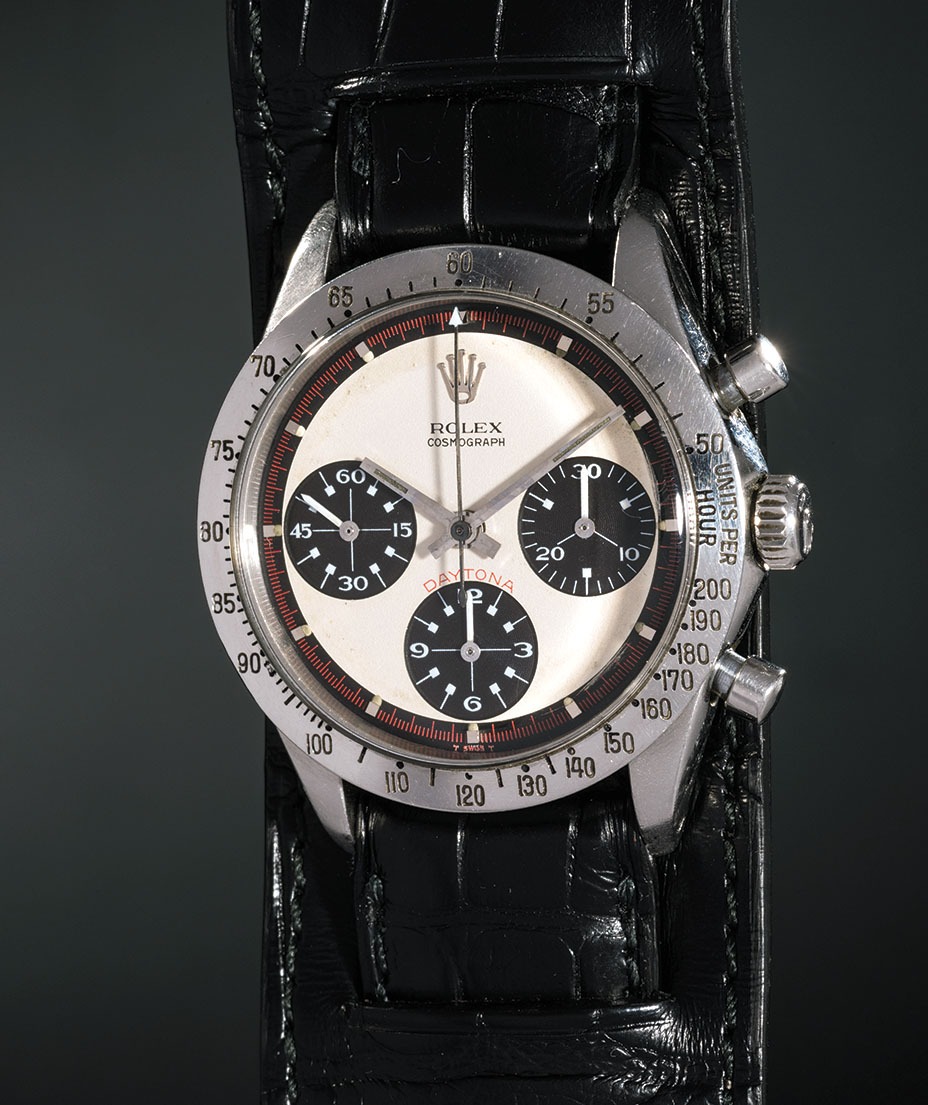 Newman had a thing about being on time, his daughter recalls. He was so proud of the accuracy of his Rolex that he would often challenge friends — nickel and dime bets — to see whose watch kept time better. He’d have everyone set their watch at the same time. Later, they would call Central Time, a phone service that would give the exact time at a beep. “Everyone would take their watches off and just stare at the phone and then dad would get his nickel,” she says.
Nell Newman grew up mostly in Westport and in houses her parents rented in Beverly Hills while making movies. As a kid, she loved the outdoors, “roaming around with a pack of dogs and fishing. The closest thing to doing that in Beverly Hills was becoming a Brownie, which didn’t really cut it for me,” she says. “I thought the whole state was like Beverly Hills and I swore I would never live in California.” As a child, she appeared in two movies directed by her dad and starring her mother, 1968’s Rachel, Rachel and 1972’s The Effect of Gamma Rays on Man-in-the-Moon Marigolds. Later, she went to acting school for a time, but never felt she had the gift her mother had. “I would cry and swear that I would never be that good. I would watch my mom in The Three Faces of Eve turn into three different characters. Just the physicality of what she does to her face. It changes shape. She goes from a little mousy farm wife to this hussy. I was always mesmerized by my mother’s performances.”
In college, Newman studied ecology. After graduation, she worked for the Environmental Defense Fund and later in California for groups working to restore populations of bald eagles and peregrine falcons. In 1993, she convinced her father to let her start an organic division of his Newman’s Own food company — the label featured a picture of her and him together — after cooking him an all-organic Thanksgiving dinner.
Her father’s generosity still inspires Nell. “After he died, what I found was that he was philanthropic way before he set up the foundation. He supported family friends who were having writer’s block, for example, but the old-fashioned Jewish way. Support somebody, but don’t let them know it’s you.” Once he set up his company, Paul learned there were limits to the work he could do. In 1990, he narrated a documentary about the spotted owl, whose plight pitted environmentalists against loggers. “Loggers boycotted [Newman’s Own] salad dressing,” says Nell. “It drove him nuts that he could not be as political because it affected [what he could raise].” 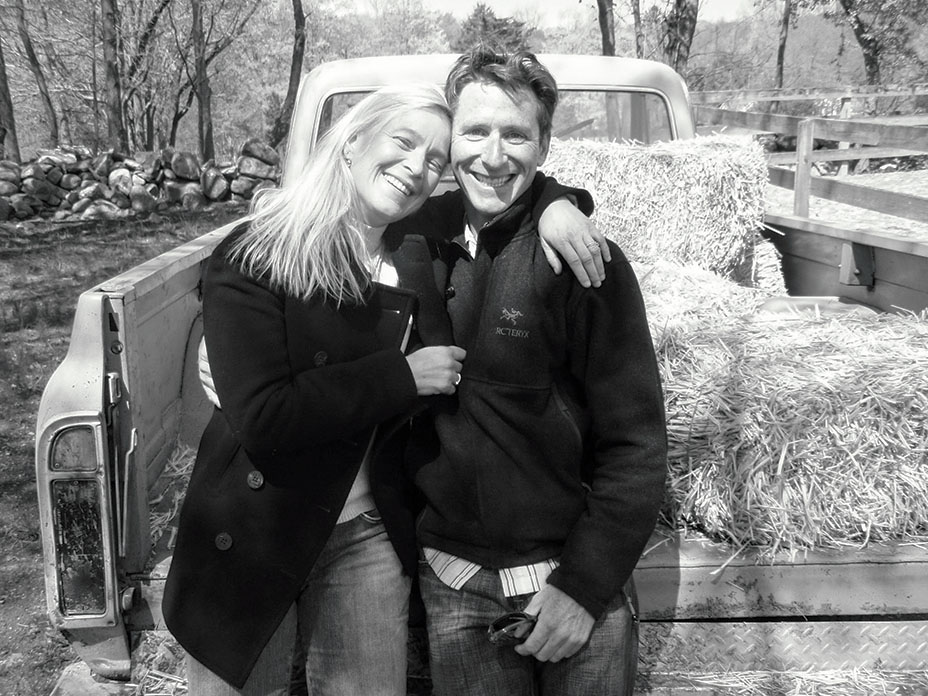 Despite past questioning of the Newman’s Own Foundation for its lack of a strong family presence, Nell has no interest now in criticizing the organization (where her younger sister Clea is still on the board). “That’s why I started my foundation. So I could do it my own way,” says the philanthropist, whose most recent donations have included Friends of the Earth, Planned Parenthood and the Standing Rock Sioux Tribe.

Asked about press reports that the sale of her dad’s Rolex will also benefit the Newman’s Own Foundation (which will surpass $500 million in giving this year and has total net assets of around $215 million), she says, pointedly, “No, it’s not split. They’re getting a royalty for the use of Dad’s name and image.” The portion of proceeds that will go to her foundation is yet to be determined. “I told James whatever he puts in is fine,” she says. “I just want to carry on my father’s legacy. It brings me great joy.”