Paul Walter Hauser had a breakout moment playing the bumbling sidekick in 2017’s I, Tonya, but he’s stepped into a much bigger spotlight (complete with awards buzz) with his vulnerable, layered performance in Clint Eastwood’s Richard Jewell. Michigan native Hauser, 33, who portrays the real-life security guard wrongly accused of planting a bomb during the 1996 Atlanta Olympics, spoke with The Hollywood Reporter about connecting with Jewell’s family, a powerful scene involving a doughnut and what he hopes to do next.

What was it like to spend time with Richard Jewell’s mother, Bobi?

The first time I met Bobi Jewell was on the Warner Bros. lot. I was more nervous about meeting Bobi than I was Clint, because Clint and I have a certain commonality based on what we do for a living. With Bobi, our commonality was telling the story of this tragedy. I was worried, but she gave me a lot of tidbits and little nuggets of Richard that were indicative of greater truths. My favorite moment was when she was giving me a thousand-yard stare from across Clint’s office and I thought she was thinking something bad. Then I looked up at her and smiled and she goes, “You look just like Richard. You’re doing things like him that you don’t even know you’re doing.” And that was like the ultimate approval.

Did she come to the set?

She did. What was really cute was Bobi Jewell brought treats. She made these … almost like the Take 5s, where you have pretzel and a nut and chocolate. She made homemade treats and brought them to the craft service table, which I thought was adorable. 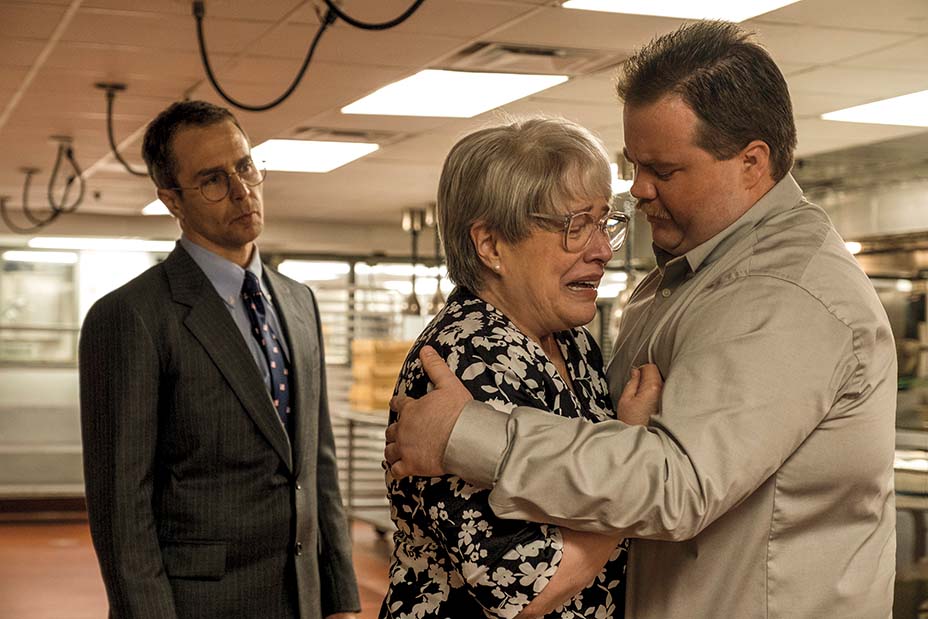 Were you able to bond with Sam Rockwell, who plays Jewell’s attorney, ahead of the shoot?

Sam Rockwell is one of my favorite actors. He’s someone that I consider like Philip Seymour Hoffman and Christian Bale — guys I really look up to. I flew to New York and had a powwow with Sam and got to shoot the breeze and go over the script. It culminated with us going to a Broadway show and watching Rain Man while drinking cognac and eating dark chocolate at his apartment. It was like a Make-a-Wish for an adult. I was like, “I’m sitting here with Sam Rockwell, eating chocolate and drinking cognac watching a Barry Levinson film.” It was insane.

There was some criticism of Olivia Wilde’s character in this film. Were you surprised to see that after the movie debuted at AFI Fest?

I wasn’t surprised that people pointed it out — I don’t want to invalidate their opinions. I think that’s fair. But I think I was surprised by the degree to which people were offended because I really do think that Olivia brought so much to the character. In lesser hands it could have been pretty cheesy. I thought she was terrific. And on top of that I think the moment between her and Jon that’s sensual and alludes to something, that also could have been very cheesy, or you could have seen them post-coital, buttoning up their shirts. Clint didn’t do that. He just let it be alluded to and then he moved on.

There’s a powerful scene where Jewell breaks down while eating a doughnut. How’d you prepare for that?

I was playing Jerry Goldsmith’s score from the movie Rudy. In my mind, I just remembered Sean Astin sitting there reading his acceptance letter to Notre Dame, and it felt sort of spiritually similar to me reading the exoneration letter from the FBI. I did know for certain — I said this to my reps and the producers — that I wanted to cry while eating the doughnut and make sure we got at least one take of that. I think that was the first take of several, the one that’s in the movie. 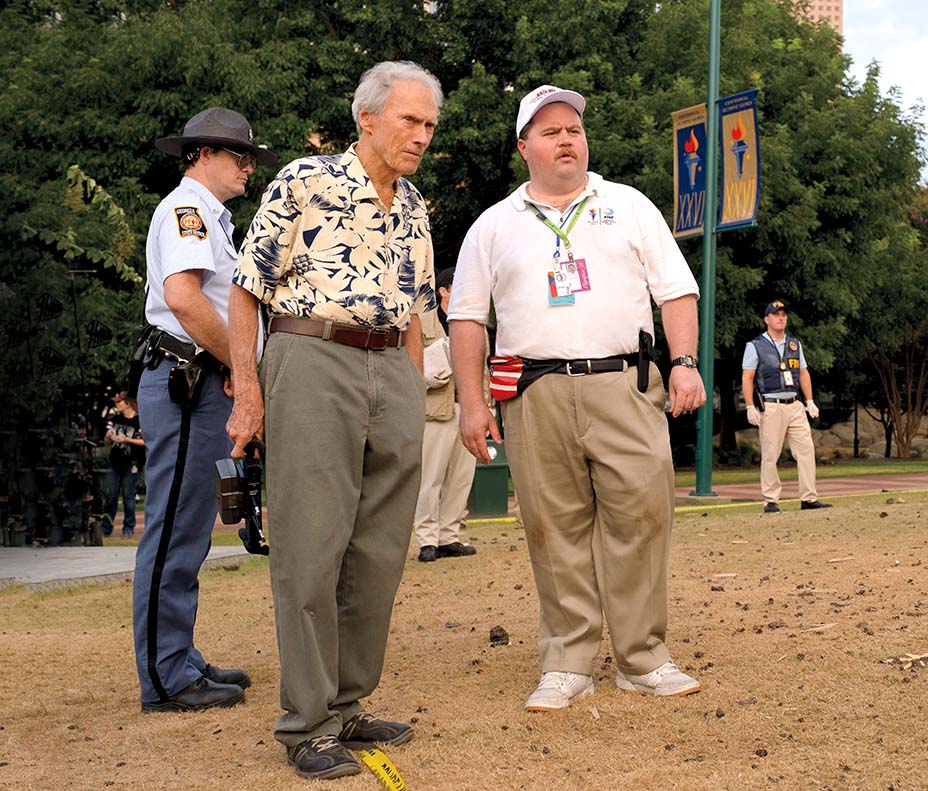 You’ve mentioned how you were losing weight and then had to bulk up for I, Tonya and Richard Jewell. What was that like?

It’s awkward. I’ve been heavy my whole life. I love seeing Jonah Hill get healthy — I really looked up to him and felt maybe I could do something similar. So in 2016 I lost 35 pounds, and then I booked I, Tonya and saw a photo of the real guy. So I put 30, 35 pounds back on. It took a long time to take it off. I was feeling better and I dropped 13 [more] pounds while being in a Spike Lee movie for Netflix. Then I booked Richard Jewell and realized I had to put all the weight back on. It’s emotionally difficult for me, but I always realize how lucky I am. A lot of these guys like Chris Farley and John Candy and Chris Penn and James Gandolfini, these bigger guys, have passed away far too young. So I love that I can maybe fill the void of the bigger guy, but at the same time I have to think about my future and make sure I’m here for a while.

You’re working so much now, but was there ever a point in your career where you felt like you were getting pigeonholed with the sort of roles you were being offered?

The hope is that you’re never pigeonholed, but at the same time I would have been content being a guy in the sitcom who walks in and has crumbs on his chest and goes, “Where’s the doughnuts?” I would have been fine with that. It’s an honor to get paid to make people laugh on a sitcom. The guys I dreamt of being like Phil Hoffman, Paul Giamatti, John Goodman, those are the guys I was aiming to become, and I think they do have a diversified portfolio with what they do.

What do you want to do next?

More than anything, I want to keep working with people of talent like Craig Gillespie, Spike Lee and Clint Eastwood. But there’s also those long-dreamt-of moments: I’d love to host Saturday Night Live, I’d love to do a Penguin stand-alone movie at Warner Bros., I’d love to do a Teddy Roosevelt biopic. We’ll see if I get to, but I have to make intelligent choices. I don’t think I can jump on money jobs. I’ve got to make the movies that I would want to go see.

A version of this story first appeared in a December stand-alone issue of The Hollywood Reporter magazine. To receive the magazine, click here to subscribe.