It’s very clear from just glancing at pop culture today that the geeks have inherited the world — but what does that mean for the previously dominant jocks? A new series from independent publisher AHOY Comics seeks to answer that question in a manner both indirect and particularly amusing. Welcome to the Planet of the Nerds.

“Back in the ’80s, the three jocks at the heart of our story had it all — women, popularity and status,” writer Paul Constant tells The Hollywood Reporter, explaining the concept behind the series. “But when Chad, Steve and Drew are accidentally frozen and thawed out in 2019, only to find that nerds have all the power and fame, they declare war on the new status quo.”

The series, Constant explains, “helps us compare the norms of 2019 with the 1980s: Have we become a more welcoming society, or have we simply swapped one tyrannical social order for another? Are nerds the new jocks?”

Planet of the Nerds is Constant’s first comic book series, but he’s no stranger to the medium; he’s been a comic book reviewer for some time, in addition to his work as a bookseller and former books editor for The Stranger. He also co-founded the award-winning website The Seattle Review of Books in 2015.

AHOY Comics editor-in-chief Tom Peyer describes the series as being “full of adolescent angst, pop culture references and real, human characters,” telling THR, “It’s funny and a little sad, and Alan’s drawings are so expressive. It’s just the kind of project we want to publish.”

As for Alan Robinson, who illustrates the series with Justice League Europe and Turok veteran Randy Elliott, there’s a nostalgic appeal to working on the title. “As a kid from the ’80s, it was so fun to remember that era, and compare it to what the world and the people are like right now,” he says. “I had to review some images and — happily — watch some ’80s movies to get the feel of the book. Drawing all that was a labor of love for me, and i hope readers enjoy this book as much as I enjoyed doing it.”

The series is set to launch Wednesday with a first issue featuring a cover from David Nakayama, who said that he “wanted to homage a certain ’80s movie vibe, but also juxtapose it with slick modern design” for the first issue’s image. (“Retro meets modern is the series in a nutshell, after all,” he reasoned.) Ahead of the issue’s release, read on for the opening pages. 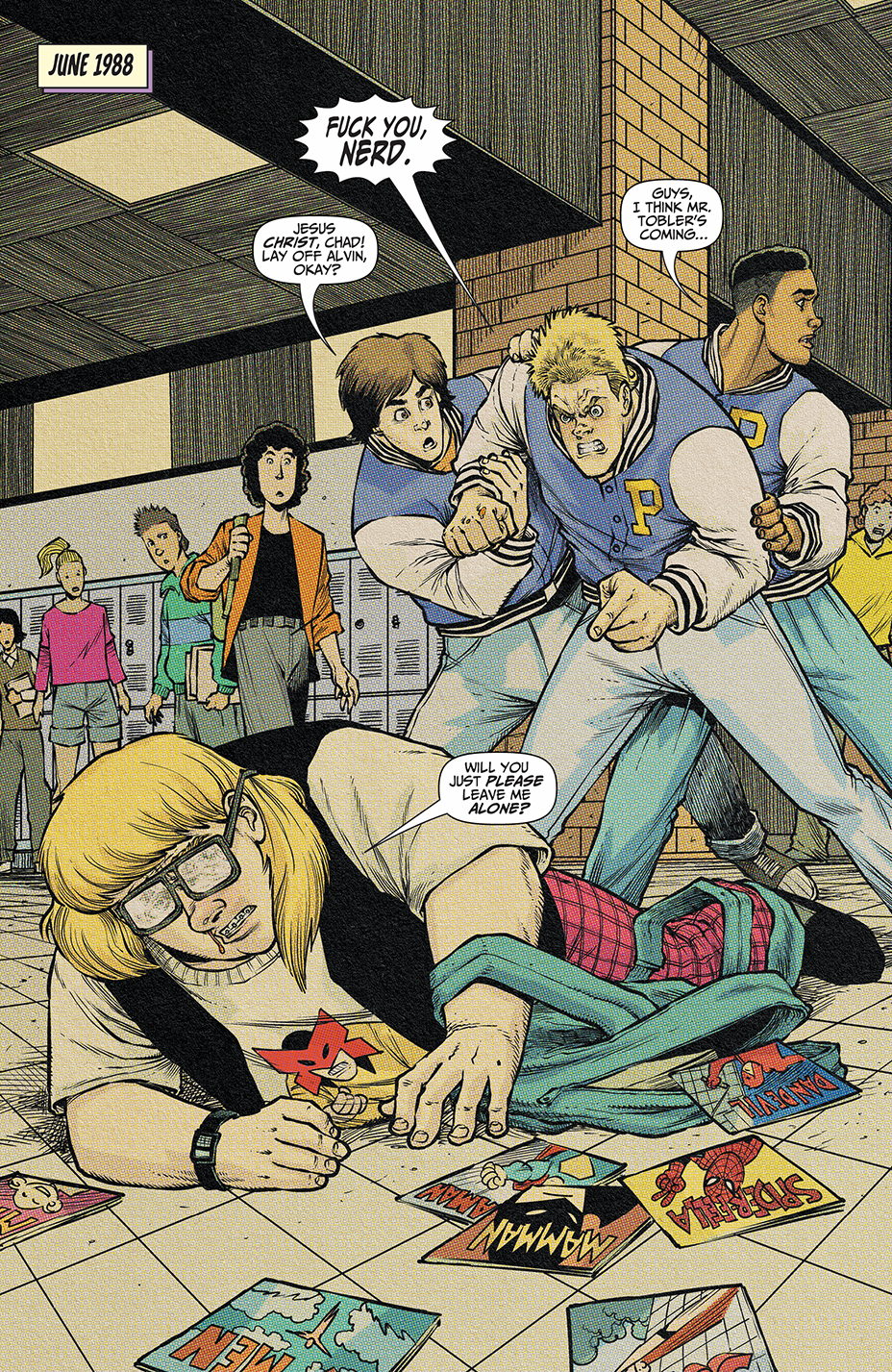 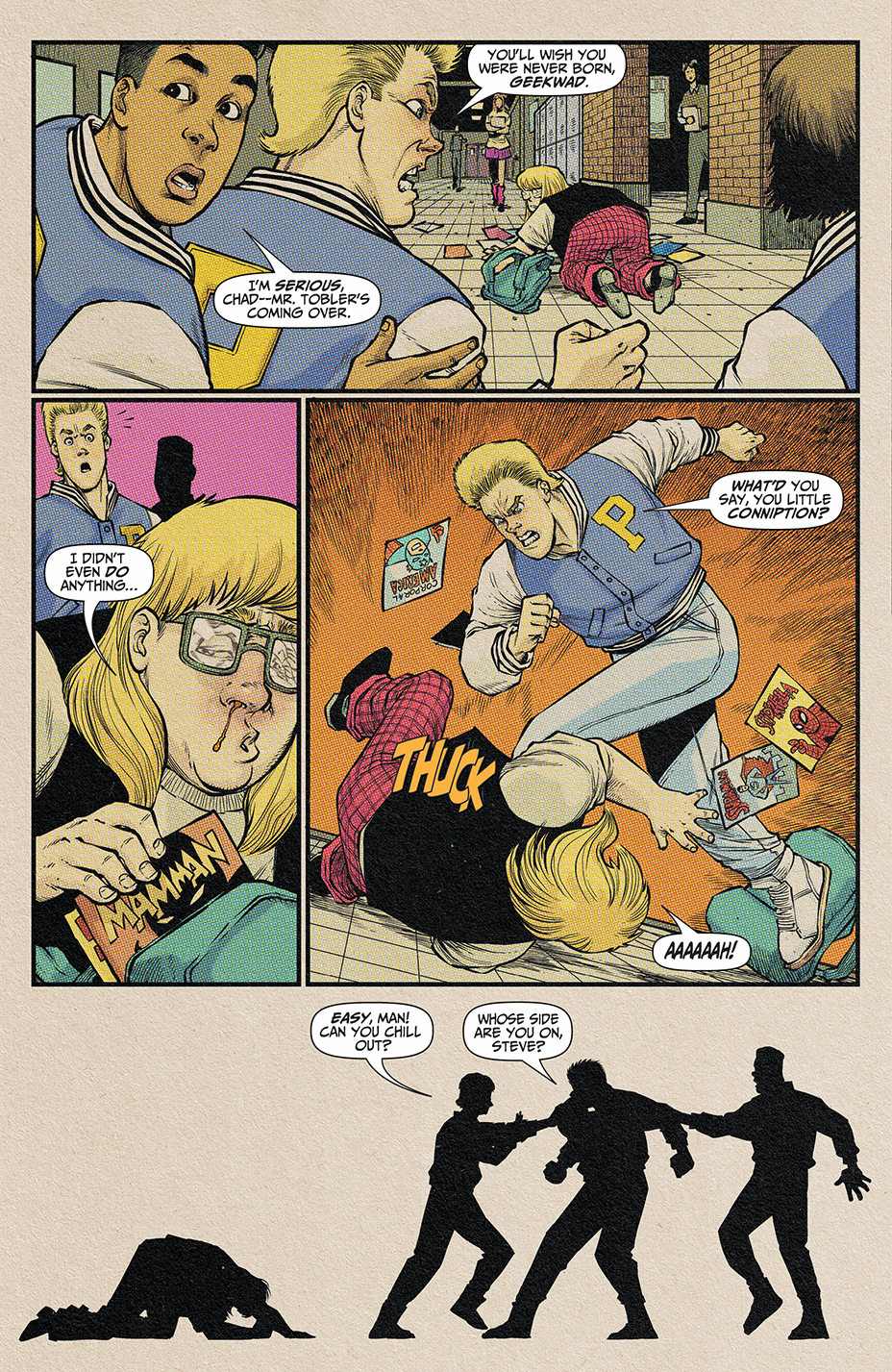 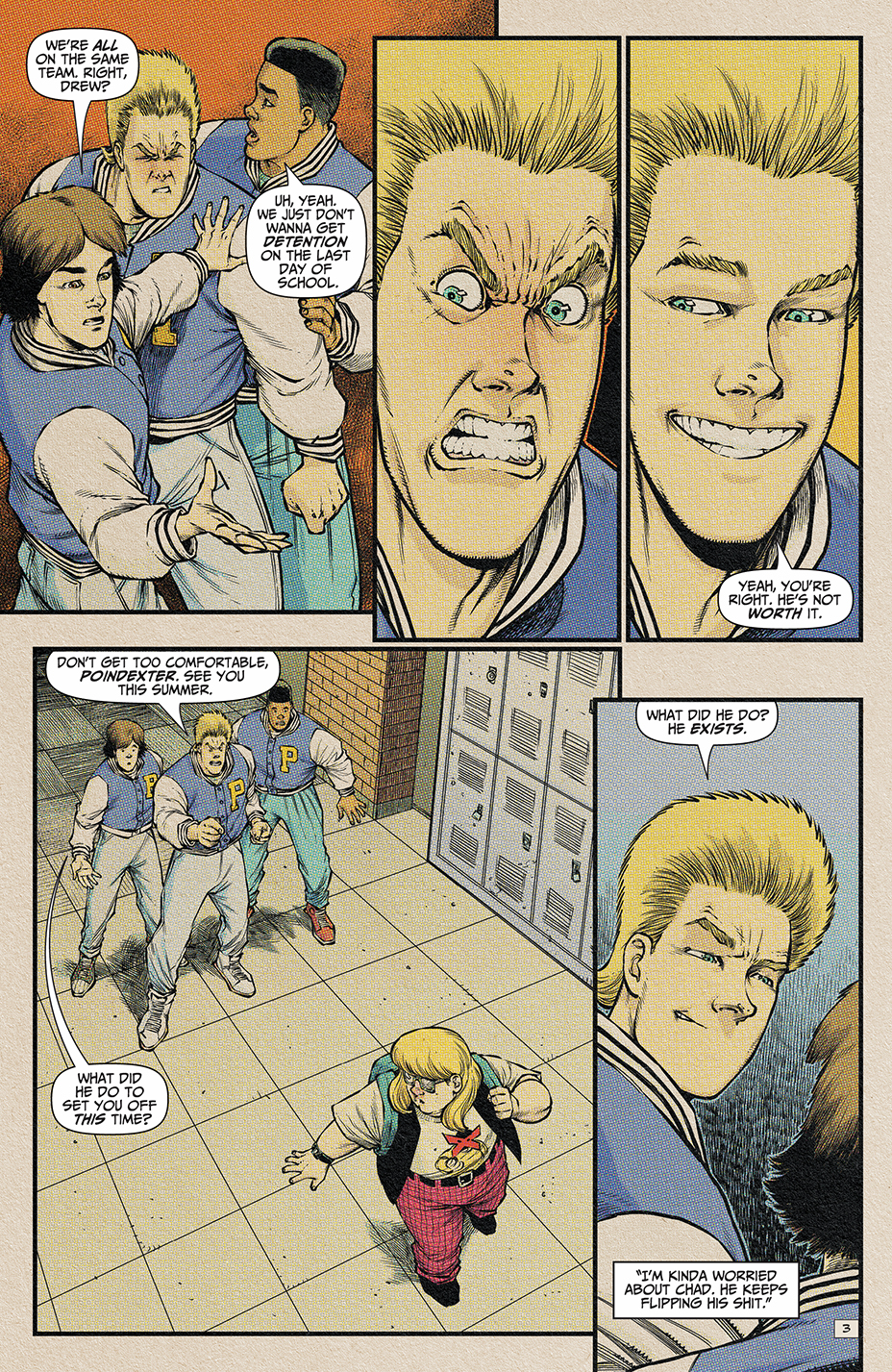 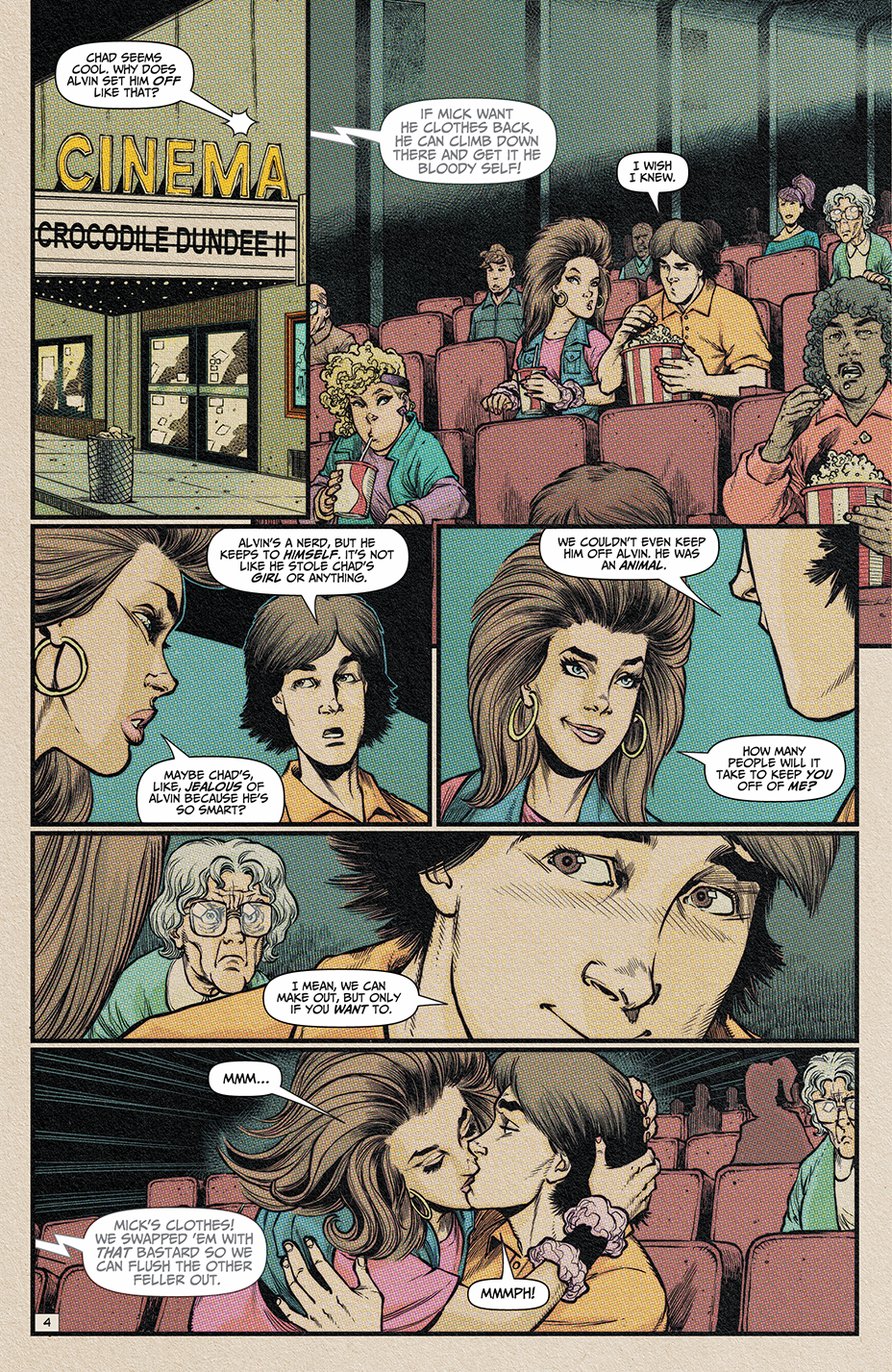 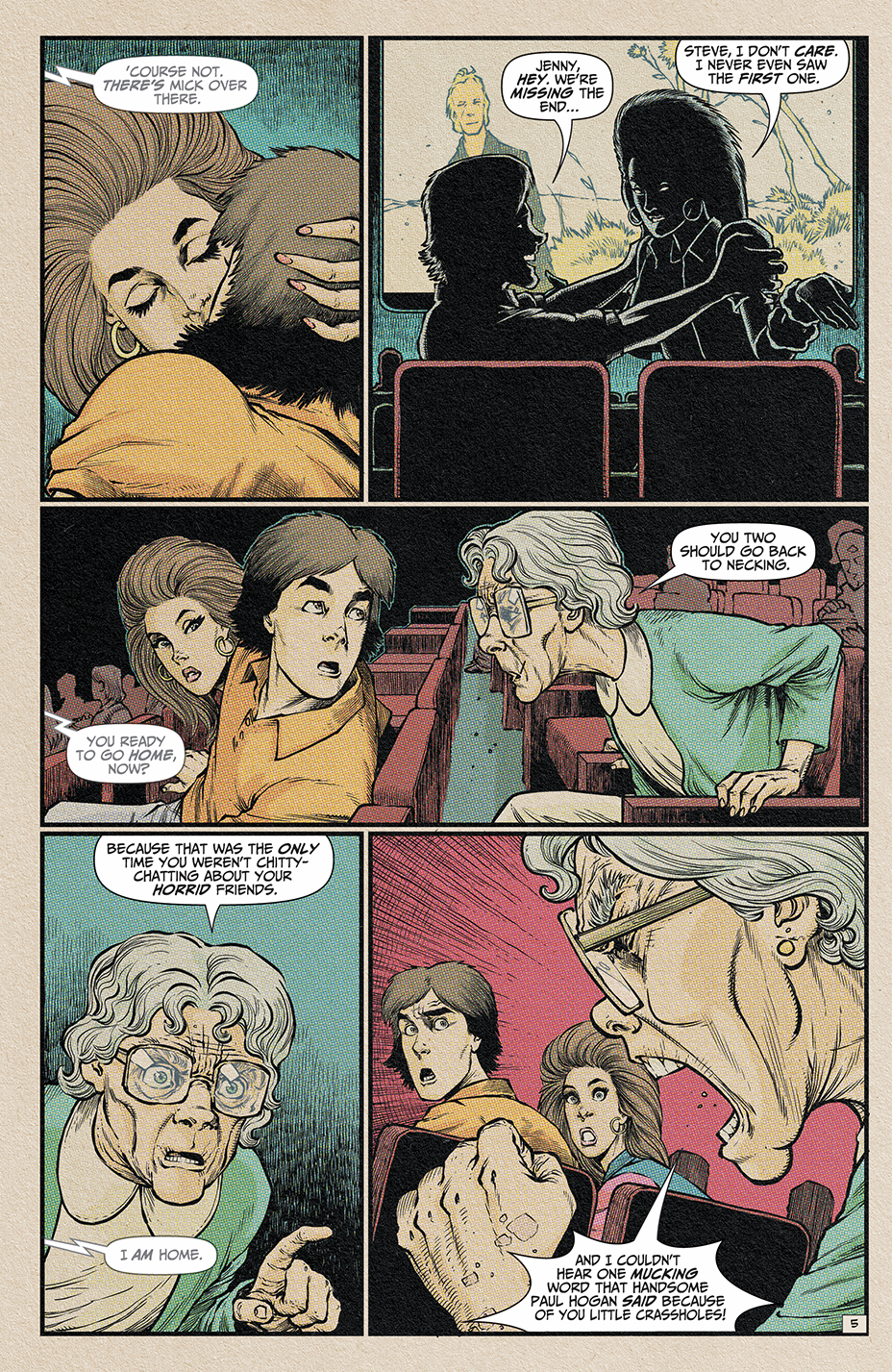