Six years after prominent entertainment publicist Ronni Chasen was fatally shot in Beverly Hills, police files have been reviewed and made public by The Hollywood Reporter for the first time in an investigative story. These documents raise serious questions about whether the murder inquiry is solved — as the Beverly Hills Police Department insists — and if Harold Smith, the impoverished African-American man who detectives claim killed her, acted alone or even committed the crime.

THR consulted with eight criminology experts for this coverage. Among them was Myrl Stebens, a former police investigator and current instructor at California’s Police Science Institute. He specializes in crime-scene processing and boasts 45 years of homicide-investigation experience.

“There’s a lot of questions still hanging in the air,” Stebens told THR in a series of phone conversations after reviewing the available case file material. “Nothing I see here supports [Smith] being the perpetrator.”

The interview below has been edited and condensed.

BHPD detectives approached Harold Smith based on a tip called in to America’s Most Wanted by his neighbor Laramie Beckay, who identifies himself for the first time to The Hollywood Reporter.

What I want to know is, how did they verify this CI [confidential informant] was reliable? And that this CI didn’t have a self-serving reason to turn him in? How do we know this information was credible? How reliable was his information to act on it? Is that a truthful statement by the tipster, for instance, about Smith going back to get his bicycle the next day? Of course the tipster knew he rode a bicycle. There’s a lot of questions to working with confidential informants. You have to verify all of this stuff.

The ballistics report sent from the L.A. Sheriff’s Department lab to the BHPD said Smith’s gun exhibited “similar general rifling characteristics and some agreement of individual characters” but was “insufficient for an identification.” It goes on to state that the test-fired bullet “offered no comparison value.”

Even when they use “similar,” that’s extremely misleading. When people read that, they think, “It’s similar characteristics.” The report should have started off with the fact that it’s insufficient. It’s ridiculous. Don’t try to hang all of this red meat in front of it. The way they wrote it is self-serving.

The Sheriff’s Department lab report goes on to say that the test-fired bullet “offered no comparison value,” likely because they were analyzing fragments from the Chasen crime scene.

One evidence envelope is listed [in the available documentation] as containing numerous fragments. That doesn’t help. You should never put multiple objects in the same envelope, as it appears they did. You should never do that. There’s cross-contamination. Each fragment should have been placed in a separate envelope so it’s not subject to compromise. 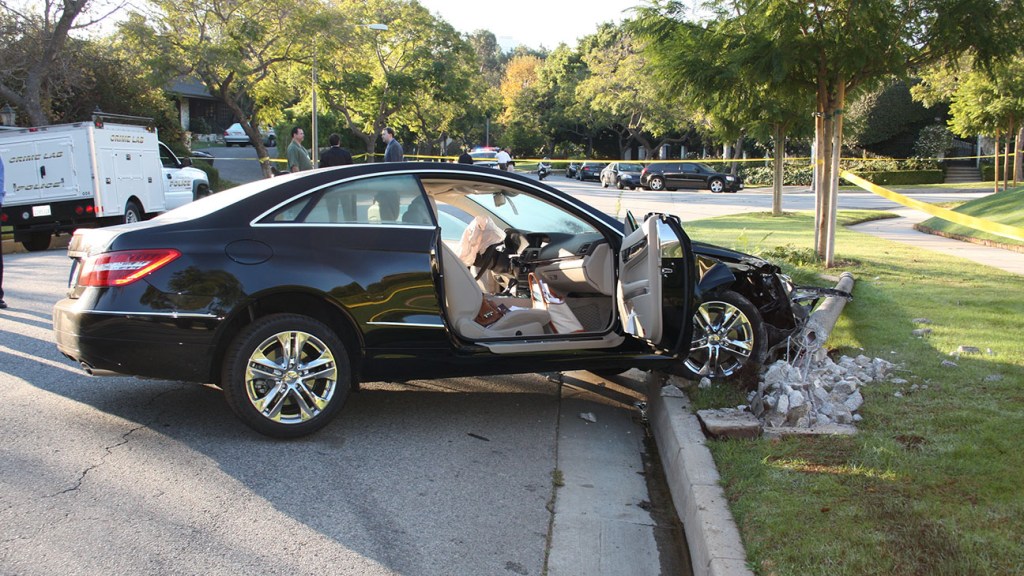 For argument’s sake, let’s say the ballistics were a match. Would you feel more comfortable with the BHPD’s conclusion that Smith killed Chasen?

No, not based on what’s here. Couldn’t in the interim two weeks someone else have given him that gun? It could have been dumped to him, based on who he hung around with. The fact that he had the gun which may have been involved in her homicide is a far-reaching conclusion. Guilt by association is not what our Constitution calls for. Do they know for a fact that the gun was in his possession on Nov. 16? How did they draw that conclusion? There’s no proof-positive that Smith acted at all. How do they know the motive was robbery? When you start assigning blame and purpose, you better be able to support it. I’m very limited in what I’ve reviewed at this point, but right now it does not sound reasonable in the way it has been explained. 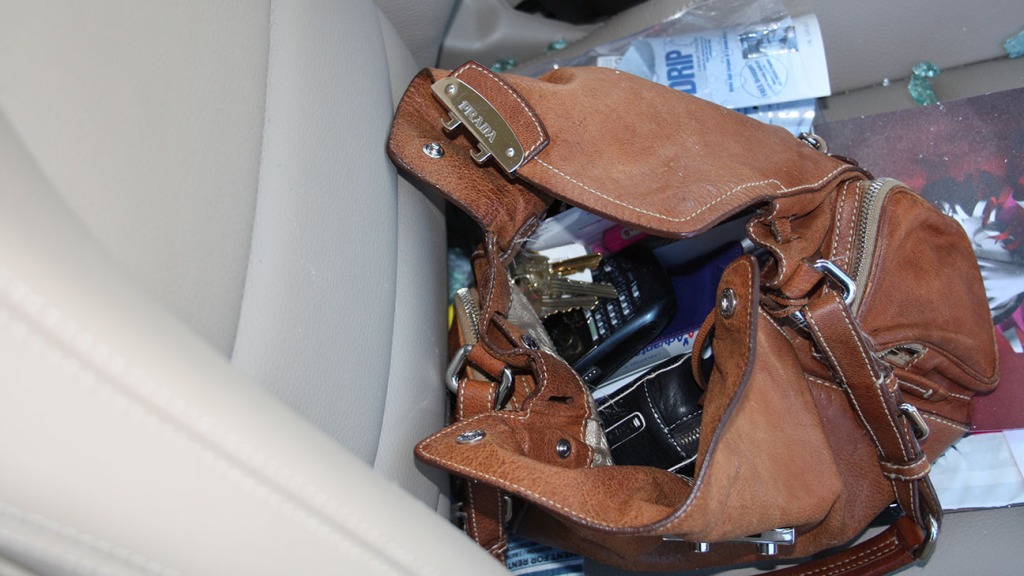 Immediately after Chasen’s killing, it was widely conjectured that an assailant or multiple assailants approached her from another vehicle. Indeed, the BHPD itself initially suspected this, with one of its detectives apparently noting, according to the coroner investigator’s narrative, that an “unknown vehicle pulled up and someone fired approximately 4 gunshots into her vehicle.”

How was that identified, and if there was credible information that said that, then why is Smith on the hook for this? I don’t follow the logic of someone coming up to rob the first person of convenience. The car can speed away. It’s a null-and-void attempt. There are a lot of options available to the person in the vehicle to extricate themselves from the vehicle. These [case file] documents are official records. They aren’t supposition or speculation. You report facts. Here it’s identified that shots were fired from another vehicle. How did they know that?

These files appear to indicate that the BHPD only looked for fingerprints on the driver’s side of her car, not the passenger’s side from which she was shot.

They should have processed the whole car. This was not a very well-investigated homicide, and it’s easiest to point a finger at the most vulnerable people in town. This is a f—ing homicide, guys. This isn’t a little shoplifting. This has to have all of your undivided attention. He’s a two-time felon, so therefore, blah, blah, blah. Police investigators like to think they are Jason Bourne or James Bond. I’ve got a hundred questions for [the BHPD]. There are more things that have not been done that should have been done. 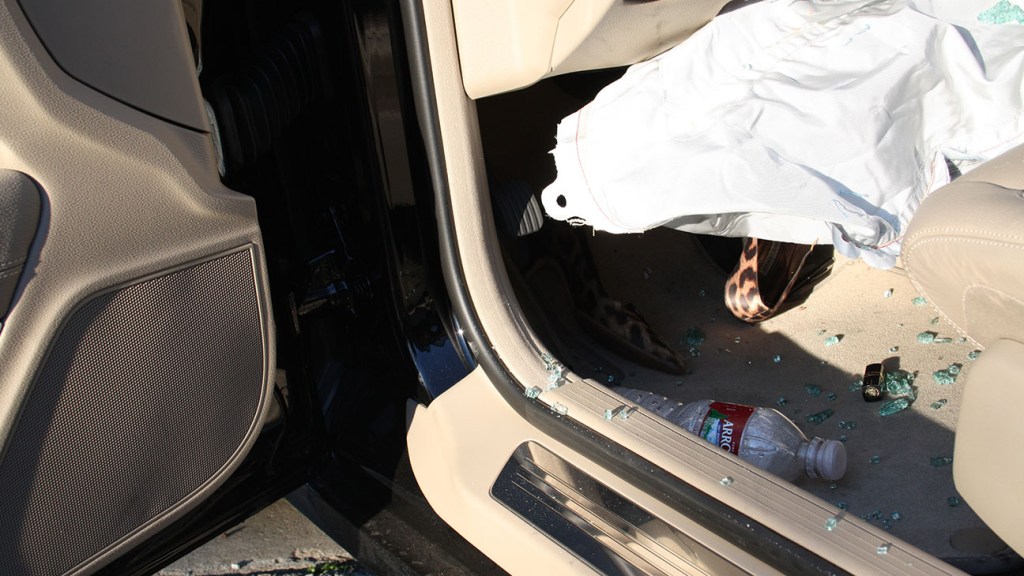 Documentarian Ryan Katzenbach, whose legal fight with the BHPD prompted the handover of these files, has also sought security camera video footage and other information pertaining to Smith’s suicide, which occurred when detectives confronted him. So far he’s been unsuccessful.

You have to wonder, how aware were [the BHPD] of his mental problems, if any. Could he have had psychotic issues? He may have had paranoia. His suicide is not an admission of guilt. You had a fragile issue with the suspect. You could push him over the cliff as much as arrest him. Did he have any psychological problems in CDCR [California Department of Corrections and Rehabilitation]? Did he have any violent record? Did they look at that before they engaged him?

Perhaps the BHPD has, in fact, amassed ultimately more compelling evidence that it’s chosen not to share, for reasons unknown.

It’s a closed case. Either you solved it or you didn’t. Homicides are the most serious crime. You don’t whitewash. What are you doing to maintain the sanctity of the victim’s life? This isn’t the 1800s with Wyatt Earp and, “I’m the law.” This is the 21st century. You take an oath as a police officer. Are you abiding by that oath? The community has a right to a full investigation. And I’m not saying Mr. Smith didn’t do this. I’m just saying there’s nothing sufficient here that he was in fact the perpetrator. Have you done right by Ronni Chasen? And have you done Mr. Smith justice, when he may not have done it? There are too many questions, just because you’re bored and tired.