What would an Oscar statue look like if it were a woman? Top creatives dreamt up new versions of the iconic statuette, some influenced by recognizable Hollywood women like Grace Jones and Barbra Streisand’s character in Yentl — while others were inspired to create a more abstract take on the concept.

Read more about each design here, and then vote for your favorite below. You also can draw your own rendering with this printable design. When done, submit a copy to OscarAsAWoman@thr.com, and we’ll feature the best ones online. — Produced by Shanti Marlar and written by Jane Carlson 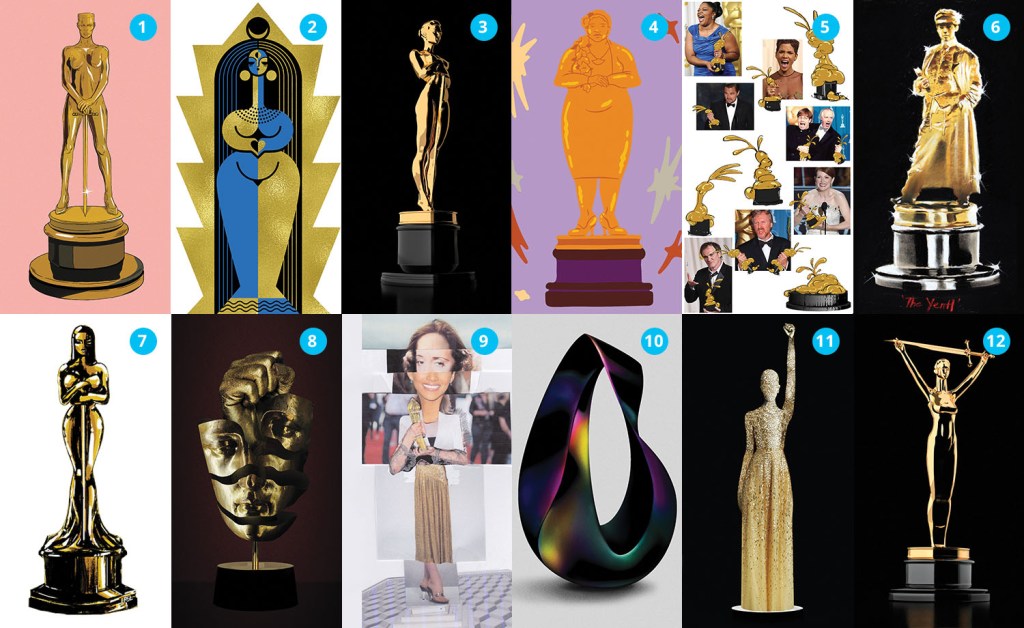 2. Kirsten Ulve
“I see a man in a defensive posture, gripping a weapon,” says the NYC-based artist of her take on the current statuette. Her version embodies feminine ideals of intuition (the moon) and compassion (the heart).

3. Eddie Guy
The Canadian illustrator aimed only to refine the form until “it felt like Oscar, only a woman.”

4. Sara Andreasson
The Swedish illustrator paid homage to Hattie McDaniel, the first black woman to win an Oscar, in 1940.

5. Olivia Mole
“There is no form of the female body that can’ t be objectified,” says Mole, a California installation and performance artist. “But no one is going to slap her on the butt when she’s a gelatinous heap.”

6. Eric Yahnker
Barbra Streisand in Yentl was the California illustrator’ s muse. “The film was before its time and dealt with societal complications of gender fluidity.”

8. Matthieu Bourel
The Berlin-based artist depicted a broken face to signify female anger and the “breaking of taboo.”

10. Rodrigo Corral
Instead of a human shape, the NYC graphic artist and Farrar, Straus and Giroux creative director “abstracted a form that suggests an evolution.”

11. Matthieu Bourel
Bourel describes his second interpretation — which has a raised, defiant fist — as a “feminine but powerful version of the Oscar.”

12. Eddie Guy
After multiple attempts at more abstract renderings, Guy ultimately decided to keep the “spirit of the original.”

"They Got the Wrong Envelope!": The Oral History of Oscar's Epic Best Picture Fiasco