Liz Hannah wrote the screenplay for The Post with the hope that she’d get an agent. Instead, the 32-year-old screenwriter saw her spec script turned into a movie directed by Steven Spielberg and starring Meryl Streep as The Washington Post publisher Katharine Graham. The timely ‘70s-set drama has been nominated for the best picture Oscar, and Hannah and her co-writer, Josh Singer (who won the original screenplay Oscar in 2016 for Spotlight), will receive the Writers Guild of America West’s Paul Selvin Award at the Feb. 11 ceremony. Both writers spoke to THR about their process and the “high bar” set by working with Spielberg.

What was it about Graham’s story that made you want to adapt it?

HANNAH I only had vaguely heard about her, but I didn’t know anything about her life. And she lived one that I felt deserved to be out in the world. For me personally, it was about a woman finding her voice, finally ignoring all the naysayers — and even herself — telling her she couldn’t do it and standing on her own two feet. The irony is not lost on me that this is the script I got noticed on. I found my voice while she found hers.

How did the two of you collaborate?

SINGER Liz wrote an incredible spec script, but it wasn’t a shooting draft. With these fact-based dramas, you want to vet them — send them out to the world and get lots of notes, because you want to get it right. With Spotlight, I had terrible fear of not getting the journalism part right. Plus, the needs of a spec script and the needs of a Steven Spielberg film are slightly different. Because with a Steven Spielberg film, you’re going to get the highest degree of scrutiny you can possibly get. Fairly or unfairly, you get held to a pretty high bar. We had to make this as accurate as possible within the context of telling a good story.

HANNAH I had never written a movie that had been produced before, let alone written a movie produced and directed by Steven Spielberg. The thing about Josh is that he’s not only an incredibly talented writer, he also has an enormous amount of experience in the journalism world and in the political world with Spotlight and The West Wing. We really tackled it more like a writers room; it was a very collaborative experience. Because of the quick timeline, he was used to working under the gun and under the pressure that the first choice is the best choice and the only choice. 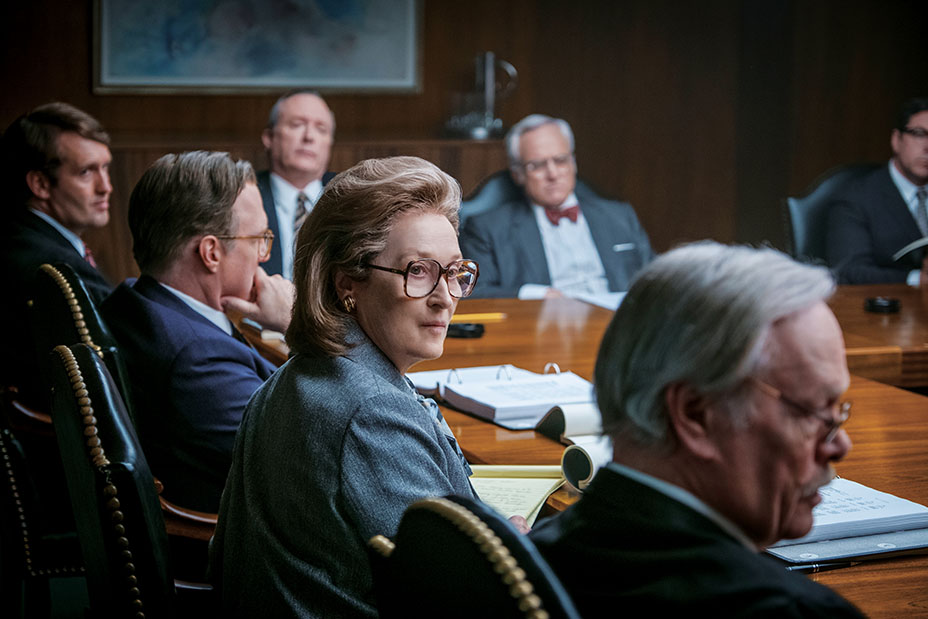 What is your worst habit as a writer?

HANNAH Procrastination. I think it’s every writer’s worst habit. But when you’re procrastinating, you’re still thinking about it.

SINGER My wife, who is a novelist, makes fun of me for this all the time: I tend to get lost in the research. I go on really deep dives. Lawrence O’Donnell told me early on that the word “author” comes from authority. I am not a huge risk taker, so I really don’t like writing about something unless I feel like I’m quite knowledgeable about it.

Is there one thing you must have in order to write?

HANNAH Because I’m 90 years old in a 32-year-old’s body, I have a heating pad on the back of my chair. When you’re sitting there for hours at a time, I don’t care how comfortable that chair is, it can get pretty gnarly. So a heating pad kind of wakes me up.

SINGER I need headphones and music. I tend to love classical, but it can be any kind. It really depends on what I’m work­ing on. There’s a trick I learned from my wife: I’ll listen to the same thing over and over again. So good Bose headphones with music to drown out the world. And then I must have a baseball cap, because I need blinders.