On Friday afternoon, thousands of New Yorkers braved the heat and descended upon Christopher Street to honor the 50th anniversary of the Stonewall Inn riots right outside the iconic West Village landmark.

Celebrating World Pride Week and the queer pioneers who threw the first proverbial bricks in the LGBTQ community’s fight for equality, a crowd covered in sweat, glitter and rainbow-colored clothing took in Pride Live’s Stonewall Day Concert — which featured appearances from musicians, actors, models and more who are either part of the community or fierce allies.

However, it was an impassioned, nearly 15-minute oration from Lady Gaga and a surprise performance from Alicia Keys that stole the show.

Gaga, wearing a custom Versace ensemble that featured thigh-high boots covered in crystals of every hue, wasted no time telling the audience just how much she cares for them. “I love you so, so much! Happy World Pride!” said the longtime LGBTQ rights activist. “Happy 50th anniversary of Stonewall. This is a historic day. You should be so, so proud of yourself. I have thought a lot about what I wanted to say to all of you today. It’s been running through my head like a freight train: What is my intention? How can I inspire you? How can I inspire you the way that you’ve inspired me? How can I possibly portray my love for you? And the truth is, after a lot of thought, I came to this: Wow.”

Visibly emotional, she continued: “Look around you. Look at what you have done. You deserve a round of applause. It makes me cry. I am so emotional today. This community has fought and continued to fight a war of acceptance, a war of tolerance and the most relentless bravery. You are the definition of courage! Do you know that? I feel so honored and privileged to even be asked to be here. I feel that privilege and that honor because today, what it truly is, is this is a celebration of all of you in every single way. Four million people in New York City to celebrate their pride!”

The superstar — whose non-profit Born This Way Foundation benefits LGBTQ youth — went on to say that “some people, some people, don’t consider me a part of this community.” Although Gaga said that she “[likes] girls sometimes,” she would “never degrade the fight you have all endured, the adversity that you have all been through to truly be seen, to be heard, or the struggles that you’ve been through to love yourselves and to seek that love from other people. But honestly, I really, really love you.”

Acknowledging her LGBTQ fans, the most ardent of her Little Monsters, Gaga said, “You welcomed me into your community in the most beautiful of ways that I will never forget. My whole life changed because of you. I’m trembling speaking to you. You’re making me nervous.”

She added, “The universe brought us together in the spirit of kindness and we, together, we’re a powerhouse. And I hope, I really, really hope you celebrate every inch of who you are today. You were born this way and you are superstars.”

Gaga also took a moment to remember the leaders in the Stonewall uprising — a series of spontaneous, violent demonstrations by members of the LGBTQ community against a police raid that began in the early morning hours of June 28, 1969 — such as transgender activists Marsha P. Johnson and Sylvia Rivera, who were also mentioned in several of the afternoon’s speeches. Gaga thanked them for paving the way for today’s LGBTQ youth to feel brave enough to express themselves.

“Many, but not all of course, are aware of their ability to discover and name their own sexual identities, their own gender identities,” she said. “They are finding themselves and they are not as afraid. And you did that, you created that space.”

The Grammy winner — who spoke about the importance of pronouns during her Monday night performance at the Apollo Theater — then asked, “How do you prefer that I address you? You deserve to be addressed as you feel comfortable, respected and loved. I could refer to you as the LGBTQ+ community, but then I would be missing so many people in between.”

Calling out President Donald Trump’s “extremely oppressive” administration that has rolled back LGBTQ protections, including a signed ban on transgender people serving in the military, Gaga encouraged the crowd to vote as the 2020 election draws near. She also brought up the harrowing fact that 11 trans women of color have been killed in the first half of this year.

“While we have made tremendous progress, we find ourselves also at a time where attacks on the trans community are on an increasing rise each day. I will not tolerate this. And guess what? I know neither will you. That distance between us and them — those who are not listening and do not understand — that is the space for an important dialogue and as a community, how we all move forward together to change the system of an extremely oppressive administration,” Gaga said. “But I know that you will not stop. You will never give up and I know that because I’ve watched you closely for over a decade. And I know that you don’t back down, you don’t shrink into shame.”

Toward the end of the event, RuPaul’s Drag Race season eight winner Bob the Drag Queen came out to lip-sync Alicia Keys’ 2012 hit “Girl on Fire.” After slipping out of a black gown to reveal a sequined dress, and then taking off another layer to reveal a skin-baring leotard, Bob made one last exciting reveal: welcoming Keys, herself, to the stage.

Keys finished out “Girl on Fire” with her signature powerhouse vocals, before launching into several more songs: covers of Cyndi Lauper’s “True Colors” and Crystal Waters’ “Gypsy Woman (She’s Homeless),” plus her own tracks “In Common” and the classic New York City ode “Empire State of Mind.”

“Places are powerful. People are powerful. And when we’re together, we’re even more powerful than imaginable,” Keys — dressed in a white jumpsuit with “Show Me Love” emblazoned on her back in multicolored sparkles — told the audience during her mini-set, as she pointed to the Stonewall Inn with a smile on her face. “So that’s what I think today, and I imagine us just knowing how incredible we are to celebrate all of us and all of our beautiful colors, all the ways that we shine. So, happy Stonewall Day!” 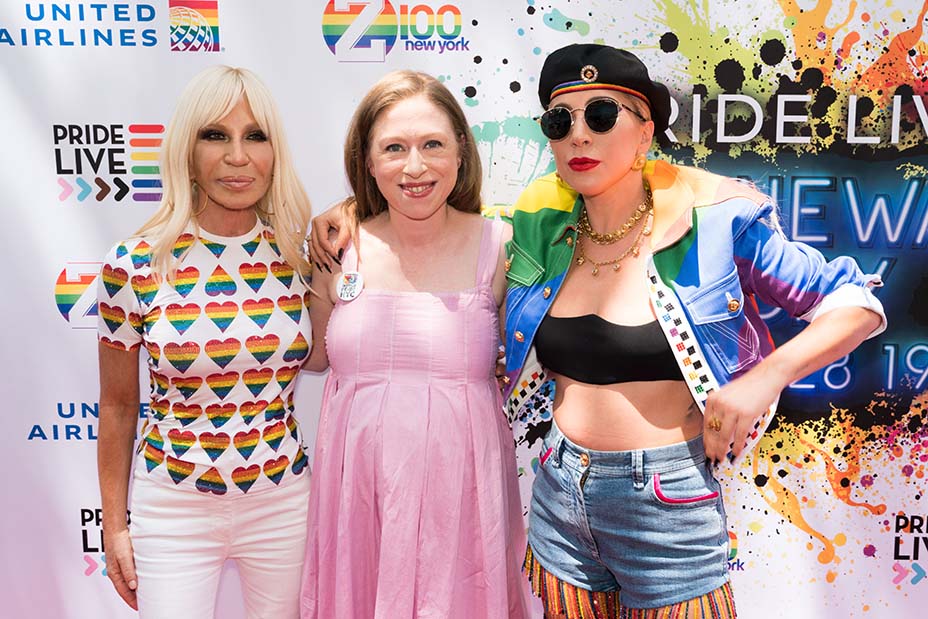 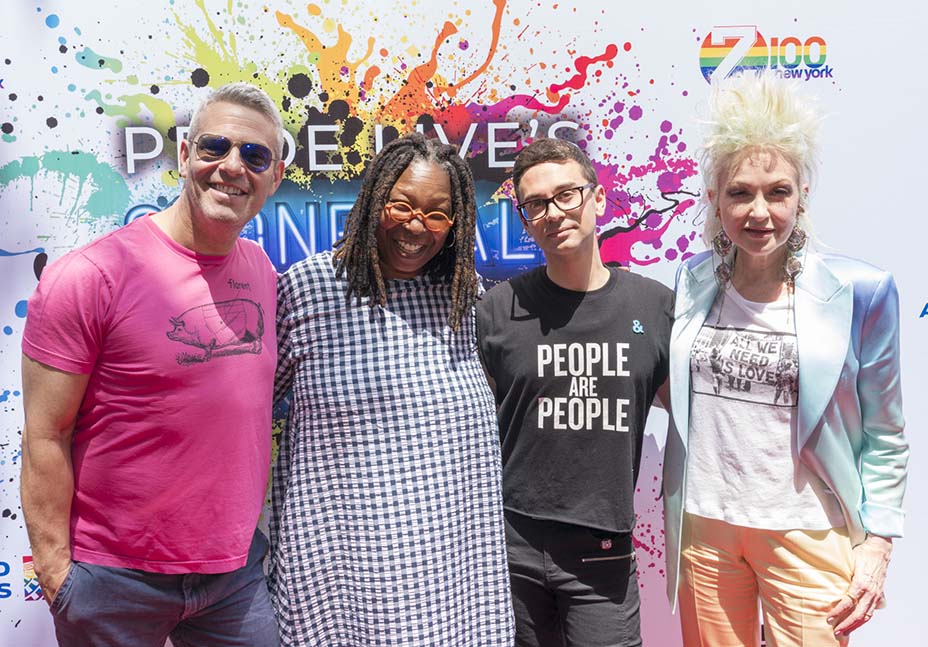