It was just earlier this year when Prince Harry and Meghan Markle announced that they would be stepping down as senior members of the Britain’s royal family. Since then, the pair have moved to the U.S. but are still subject to British tabloids and rumored tensions within the family. Now the couple will serve as the subject of a biography from Harper Colins titled Finding Freedom: Harry, Meghan and the Making of a Modern Royal Family.

In their anticipated book, longtime royal correspondents Omid Scobie and Carolyn Durand aim to detail the true story of the couple, revealing unknown details of the couple’s life together and “dispelling the many rumors and misconceptions that plague the couple on both sides of the pond.”

“With unique access and written with the participation of those closest to the couple, Finding Freedom is an honest, up-close, and disarming portrait of a confident, influential, and forward-thinking couple who are unafraid to break with tradition, determined to create a new path away from the spotlight, and dedicated to building a humanitarian legacy that will make a profound difference in the world,” the publisher said Monday in a press release.

The writers behind the upcoming biography are no strangers to having royal access. Scobie’s titles include being the royal editor for Harper’s Bazaar, a contributor to ABC News and Good Morning America, and a host of ABC’s popular royal podcast, The HeirPod. Meanwhile, Durand is an Emmy Award-winning producer and writer who has conducted multiple interviews with members of the royal family. She also serves as a contributor for Elle magazine and O, The Oprah Magazine.

“The aim of this book is to portray the real Harry and Meghan, a couple who continue to inspire many around the world through their humanitarian and charitable work but are often inaccurately portrayed,” said Scobie and Durand. “Our mission has been motivated by a desire to tell an accurate version of their journey and finally present the truth of misreported stories that have become gospel simply because of the amount of times they have been repeated.”

They added, “It is thanks to our sources that we have been able to share the definitive story of the Duke and Duchess of Sussex.”

“Omid Scobie and Carolyn Durand have crafted a balanced and detailed account of Harry and Meghan’s story, one that relies on truth, not speculation. Their biography shows the beauty of Harry and Meghan’s love story and the couple’s keen desire to find a way to make a difference in the world,” said Carrie Thornton, vp and editorial director of Day Street Books.

The Daily Mail reports that Markle and Prince Harry sat for interviews with Scobie and Durandaim prior to announcing their exit from the royal family.

Finding Freedom is slated for an Aug. 11 release. 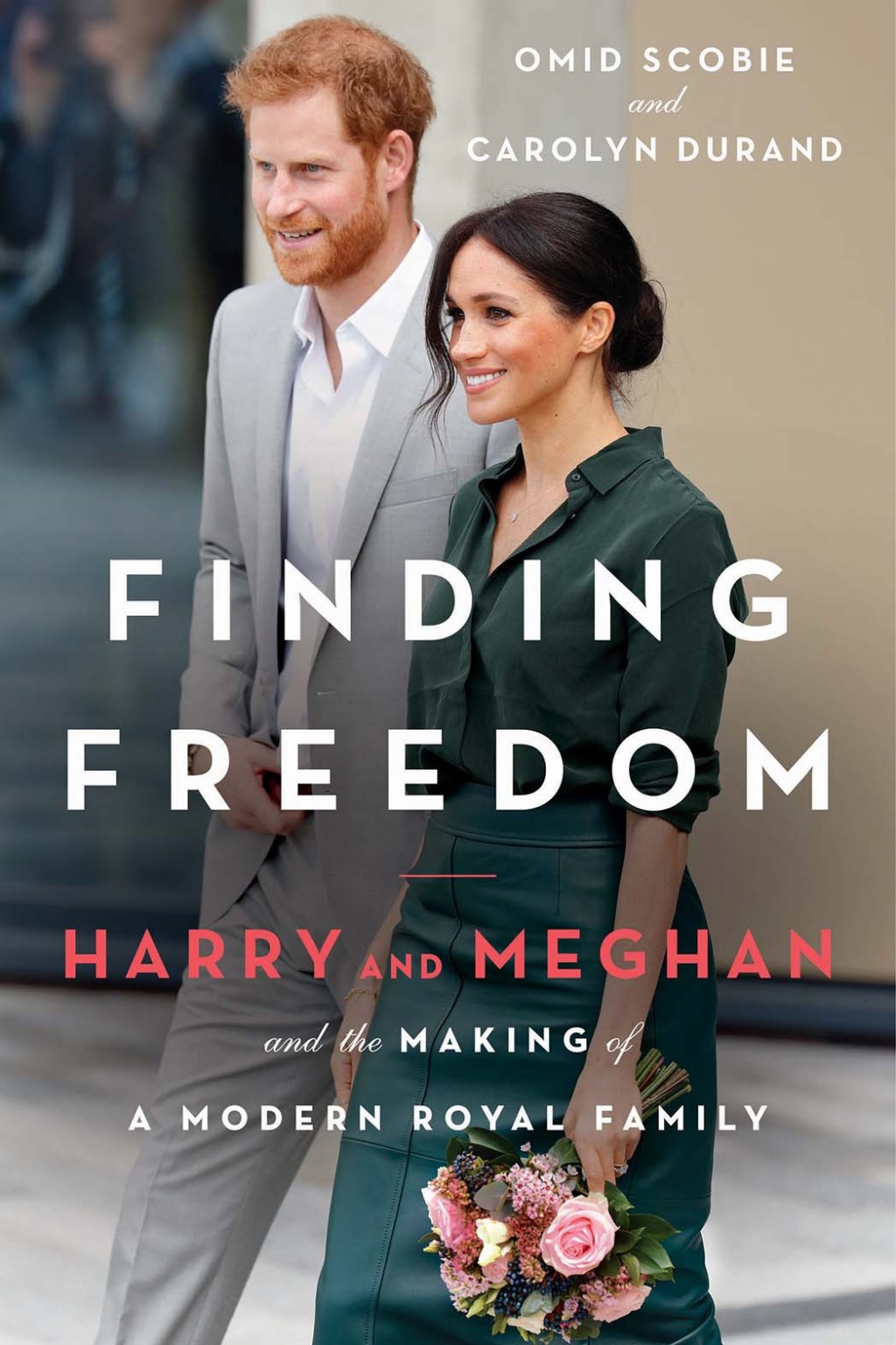