Priyanka Chopra Jonas is ready to tell her story.

The actress-producer announced Thursday that she will release her first memoir titled, Unfinished.

Unfinished will chronicle prominent moments in Chopra Jonas’ life and twenty-year-long career, such as working as an actress-producer and a UNICEF Goodwill Ambassador. She’ll also share personal accounts from her childhood in India, her teenage years living in the United States, losing her father to cancer and the love story that led to her marrying singer Nick Jonas.

“Ironically, I named this memoir years before I started writing it,” she wrote in her memoir announcement on social media. “Having been a public person now for 20 years, with so much life to live and a long list of things to check off my list personally and professionally, I am very much #Unfinished.”

"He Had a Preternatural Ability to Detect People's Vanities": An Excerpt From Harvey Weinstein Biography 'Hollywood Ending'

She added, “BUT the funny thing about writing a memoir is that it forces you to look at things differently, reconciling so many things you thought you had put to bed. In doing so I’ve realized that being “unfinished” has deeper meaning for me, and has in fact been one of the most common threads of my life.”

In other posts celebrating her memoir, Chopra Jonas was candid about how the lessons her parents taught her helped her “have courage of conviction” and she has grown to become a woman that is guided by curiosity, “drive for challenge and intrinsic need to constantly evolve and move forward.”

“I have taken many leaps of faith, often times when I was advised not to…and even when I too was afraid. Some risks paid off, some didn’t (my life is not a fairytale, although I do hate to lose…c’est la vie), but what I learned during this process is that I have never shied away from change, or forced guilt on myself for leaving something unfinished if that’s what my evolution as an individual required,” she said.

Of her upcoming memoir, Chopra Jonas teases that readers will learn how she “became me during the ‘in between’ of what you haven’t seen.”

“I also hope you’ll walk away with the confidence of knowing that IT’S OK to pick up, walk away, leave things unfinished, and move on to what’s next if that’s what your journey requires to get to the next destination. We all have a different story to tell, this is my story, and I am #Unfinished.”

“Readers looking for a glimpse into what it takes to succeed in the massive Indian film industry will find it here, and they’ll also find an honest account of the challenges Priyanka faced navigating her career, both in India and Hollywood,” Penguin Random House said of the upcoming release.

Unfinished is set to release on Jan. 19, 2021 and is available for preorder. 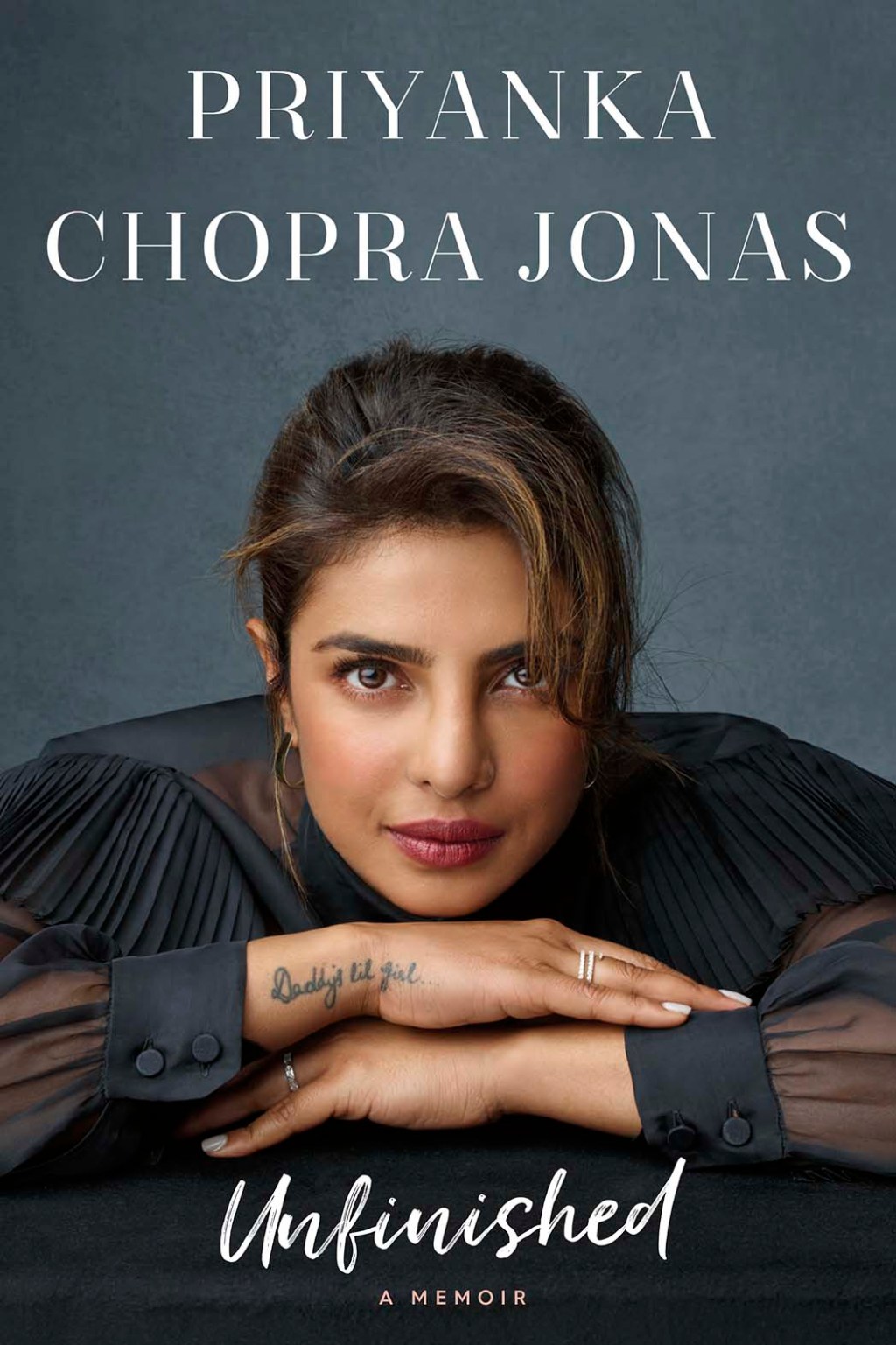