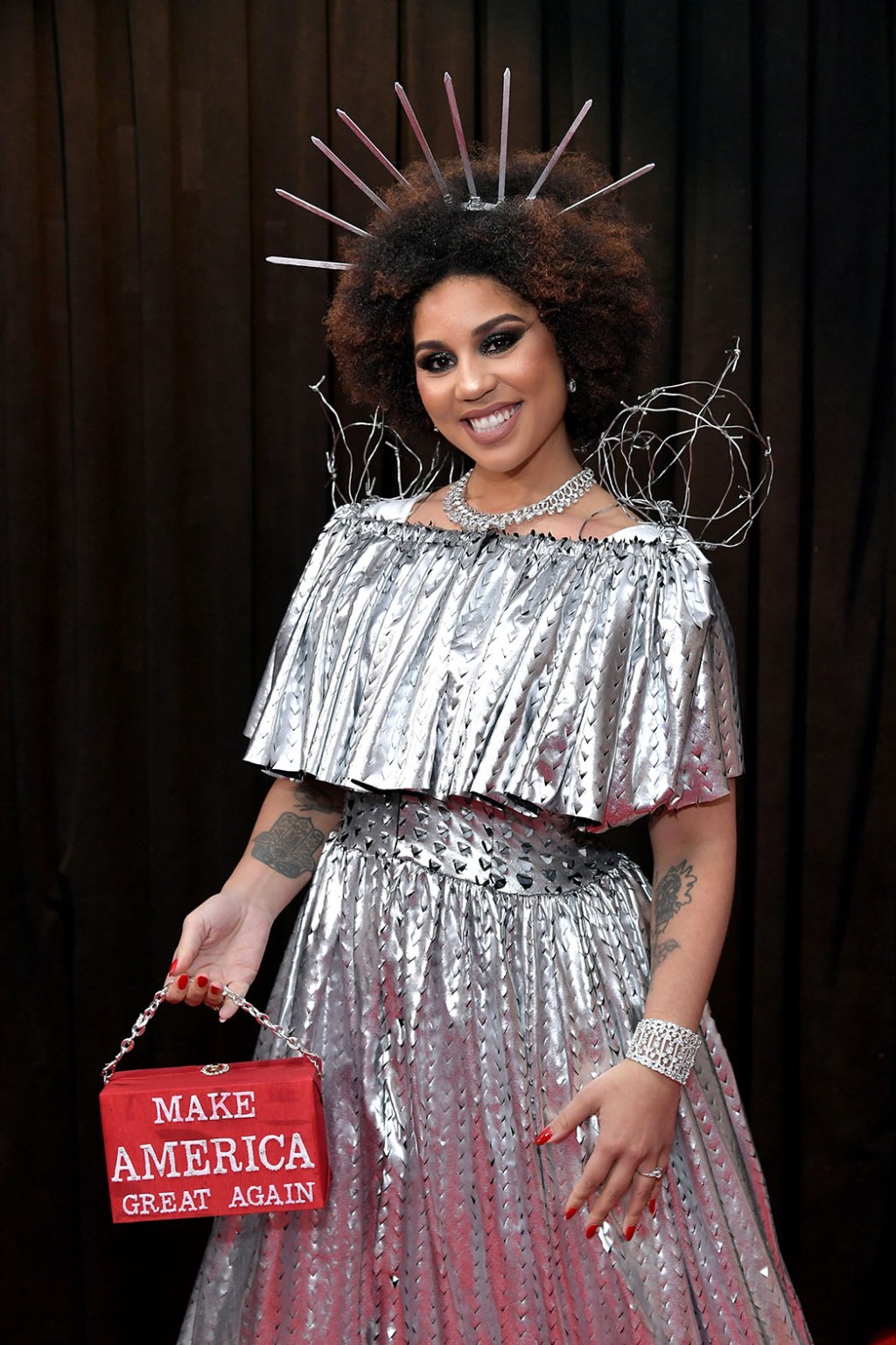 On the red carpet, Villa told The Hollywood Reporter, “I’m here to support the wall, not the president. I love what the president is doing. Higher economy, lowered unemployment for black Americans, Latino Americans. I am both.”

Speaking about the dress specifically, Villa added, “This is my representation of the steel wall. Barbed wire shoulder pieces. A Statue of Liberty. I’m having fun with it.”

She called herself a “trailblazer” who grew up in the theater world. Of the Grammys, Villa said, “I can be amongst other aesthetic creators and costumes and we can be glamorous. It’s the Grammys — we can be over the top.”

Villa recognized the fact that there wouldn’t be many “pro-Trump” statements at the Grammys, which doesn’t bother her.

Like many Grammy attendees, Villa debuted two different looks, with a “Make America Great Again” purse prominent in both. The singer has worn pro-Trump gowns to the last two Grammy Award ceremonies, signaling a tradition of political fashion. 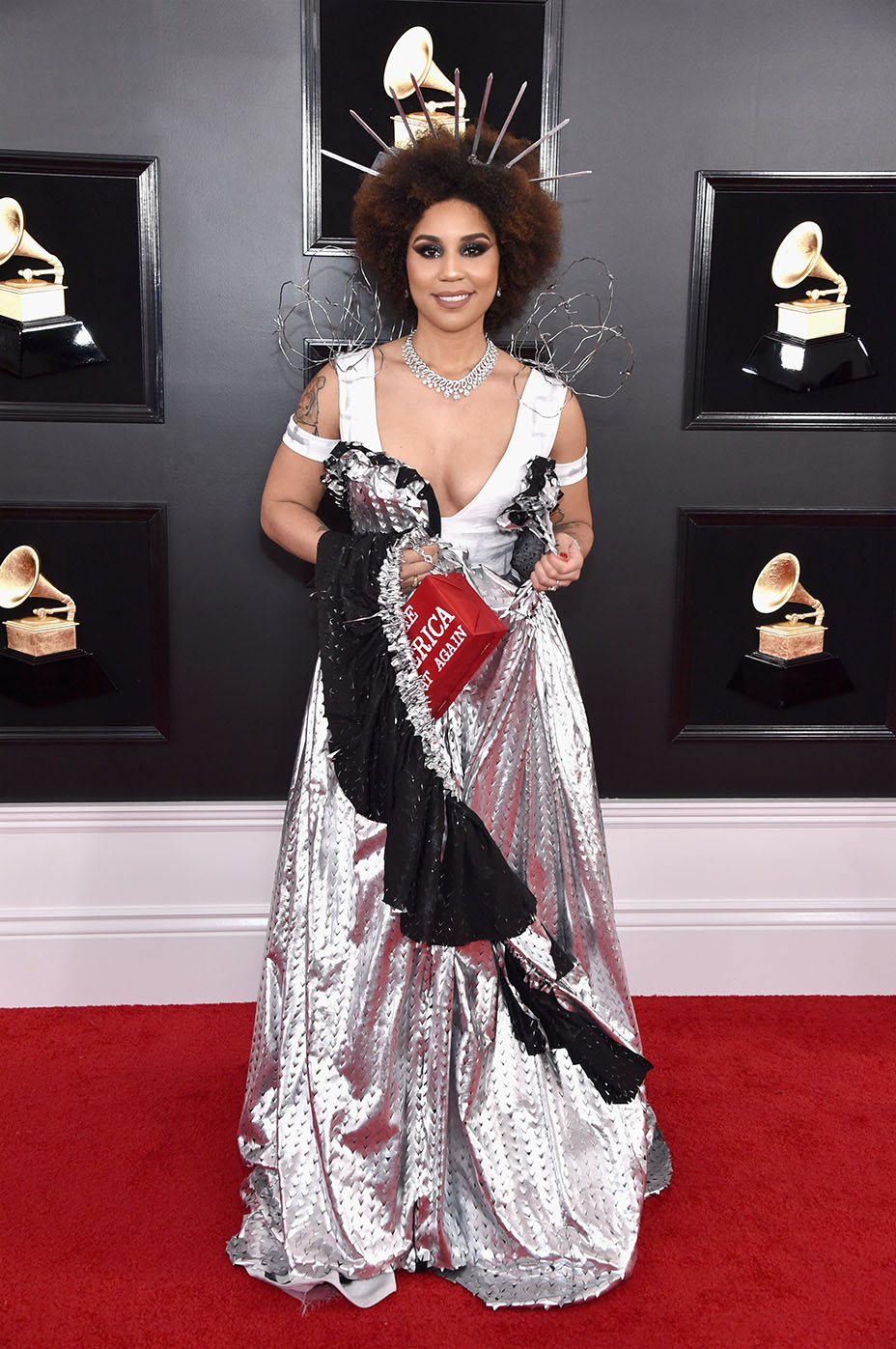 Elsewhere on the red carpet, singer Ricky Rebel wore a reversible “Keep America Great” jacket from designer Andre Soriano. The word “Trump” was featured prominently, and both the front and back offered different experiences and photographic opportunities. 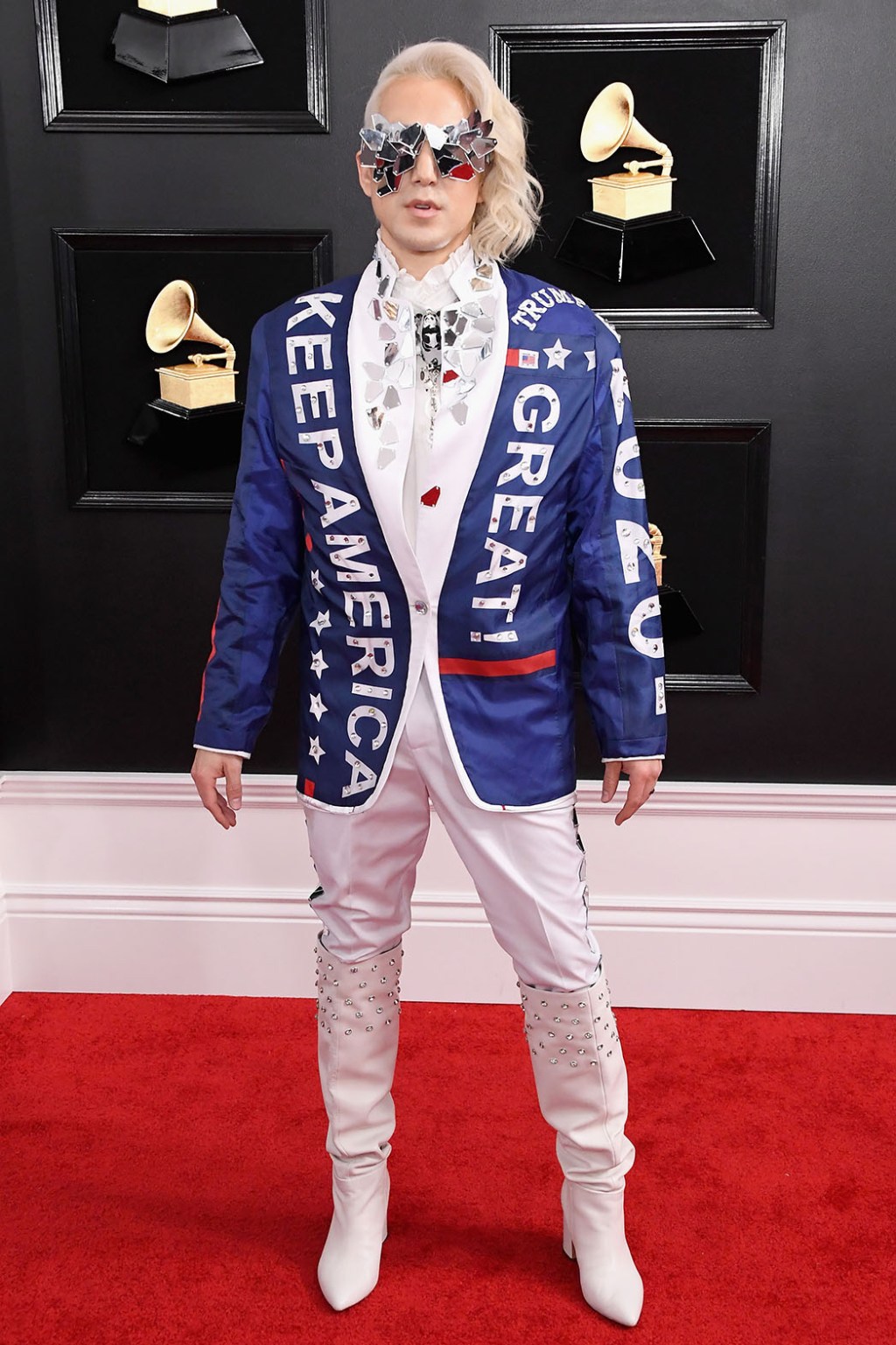 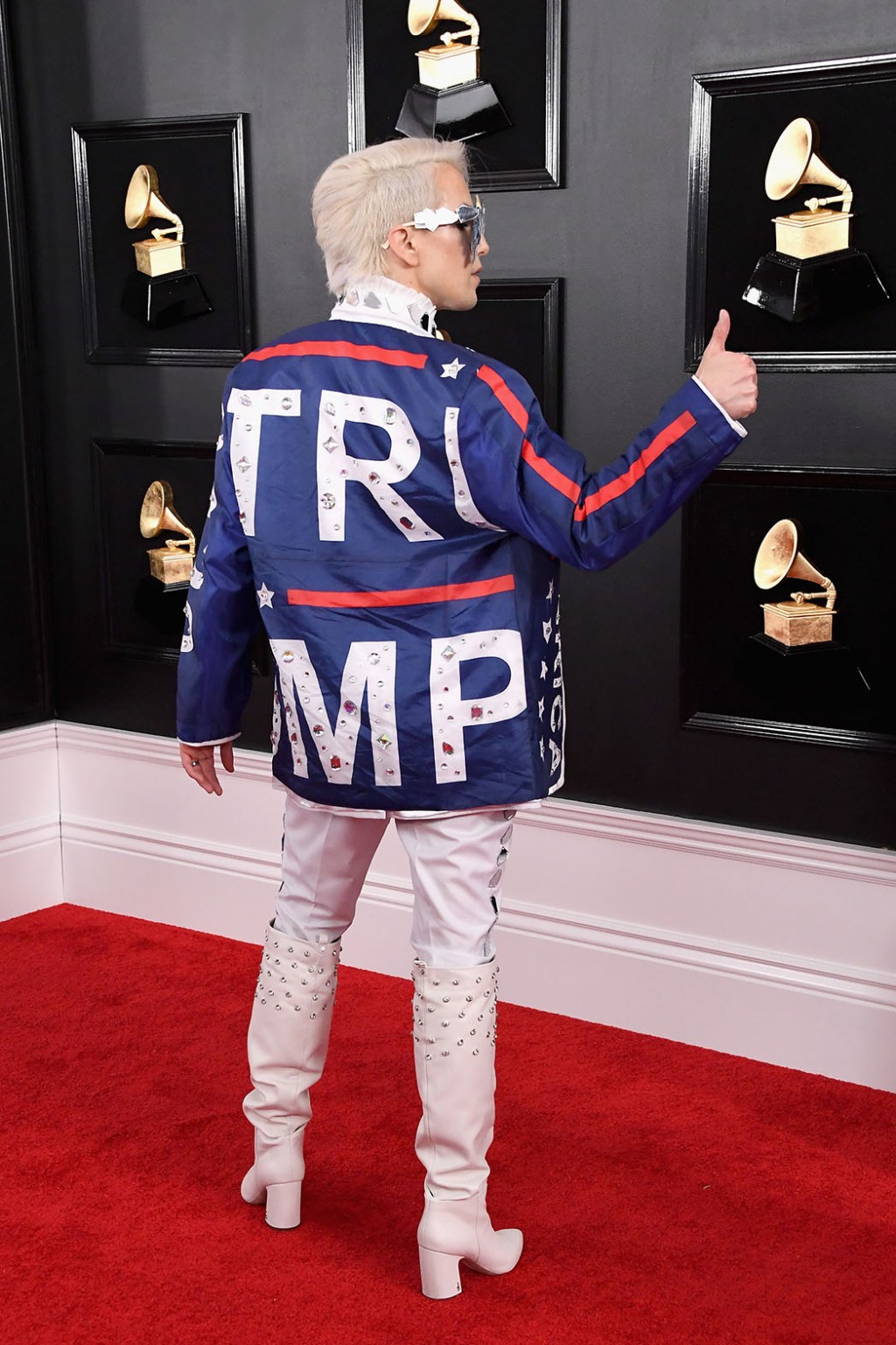 In Rebel’s Instagram post on Sunday, he declared, “I’m a reflection of the 60+ million Americans that voted for Donald Trump.” He hashtagged the post with “#MAGA.”

The ensemble was created by the same designer as the pro-Trump dress that Villa wore to the Grammys in 2017. For a costume change, Rebel appeared in an “American Rebel” jacket.

The 61st annual Grammys, hosted by Alicia Keys, were broadcast live from the Staples Center in Los Angeles.

The awards show itself also had its own political messages. During the show’s first performance, Camila Cabello’s colorful and energetic “Havana,” a performer onstage held up a prop newspaper that read, “Build Bridges Not Walls.”