Proenza Schouler, the artsy New York-based label helmed by Jack McCollough and Lazaro Hernandez, is opting out of New York Fashion Week after February. (Their final show is scheduled for Feb. 13.)

The brand will be combining its ready-to-wear and pre-collections into one presentation that will be shown to buyers and editors in July and January, starting with the spring/summer 2018 season. The first consolidated show will be presented in Paris, timed to Haute Couture Week in July.

“Currently a large percentage of the brand’s sales are placed during the pre-collection market with the smaller balance going to the runway delivery, which, in truth, is the heart and soul of the Proenza Schouler brand,” read a statement from the label. Jennifer Lawrence, Alicia Vikander, Riley Keough, Brie Larson and Rooney Mara are among stars who have worn Proenza Schouler’s sculptural, museum-like designs. 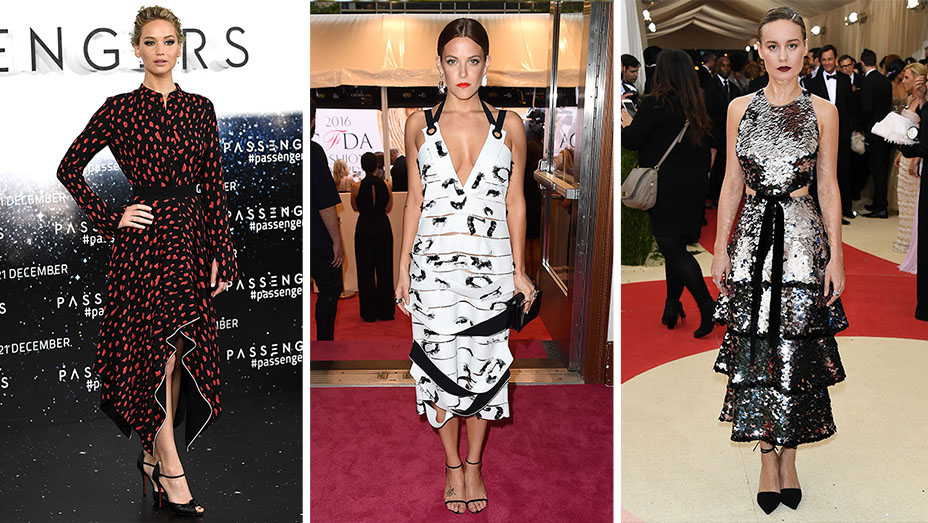 “This shift in strategy will ensure that Proenza Schouler’s runway collection, including both ready-to-wear and accessories, will be the focus of buys and will deliver to stores earlier, thus giving them a longer life at retail,” continued the release. “The collection will be divided into monthly deliveries each representing key groups from the show.”

As Proenza Schouler preps for its fragrance collaboration with L’Oreal Luxe next year, its decision to head to Paris is said to also “aid in achieving the company’s short and long-term goals.” Let’s hope one of those goals includes opening a store in L.A. As Hernandez told THR senior fashion editor Booth Moore in September, “We’re working on it.”

The move follows in the footsteps of Rodarte, which confirmed last week that it will moving its spring 2018 show to Paris in July to align with Couture Week. Other designers who typically show at New York Fashion Week have also opted out this season, including Tommy Hilfiger, Rebecca Minkoff and Rachel Comey, who are all showing their upcoming collections in L.A. instead.

‘The Bachelor’ Finds Its Star Among Upcoming ‘Bachelorette’ Contestants