Walking through Wanda Studios Qingdao on China’s eastern coast, it can feel as though one has stepped onto the set of the world’s largest science fiction film ever — which still is under construction. Huge cream-colored soundstages loom in perfect lines across a vast expanse of blacktop, like nodes in a massive microchip. Off the coast, an artificial island emerges from the surface of the sea, as dozens of cranes swivel around the framework of hotels, condos and half-formed entertainment venues. Earthmovers toil on the opposite horizon, their wheels taller than people. Backdropping it all, huge Chinese characters sit atop a single, rocky mountain, Hollywood sign-like. They read (in translation): “Movie Metropolis of the East.”

On the day I toured the 408-acre Wanda Studios — a week before it was unveiled Oct. 17 by Wang Jianlin at an industry-packed gala at the Los Angeles County Museum of Art — my guide was Morgan Hunwicks, a Canadian and production veteran who had spent 10 years working at Fox Studios in Sydney before joining WSQ as head of production. As our tour was getting underway, Hunwicks, perhaps reading my face, succinctly describes the experience I am having: “What we’re finding out is that people in the industry don’t really believe it’s real yet,” he says. “But then we bring them out here, and they’re like, ‘Holy shit.’ ”

For most of the morning, Hunwicks and I whizz around the sprawling studio site by golf cart (Wanda has bought a fleet of them, available for productions to rent). We begin in the completed section of the facility, comprising about 15 soundstages and 11 production workshops, where Wanda-owned Legendary Entertainment’s Pacific Rim 2 is the first project set to take up residence in two weeks. I am eager to see the largest of the stages, so Hunwicks steers us into an airport-hangar-sized structure of 6,000 square meters (about 65,000 square feet), explaining that this building is tied with a stage at Pinewood London as the world’s largest but that Wanda’s has some sound treating and new features — a football field could fit inside with room to spare, he says. Also, Wanda has built two of them, and construction already is underway on another nearly twice the size — an astonishing 10,000 square meters (about 107,000 square feet). A natural question arises: Why does any studio need a stage so big and can Wanda actually fill it?

Says Hunwicks, “In this age of superhero movies and the revival of Star Wars, there’s demand for really big stages — sets that used to have to be built outside can now be brought into a controlled environment, which is a huge advantage.” 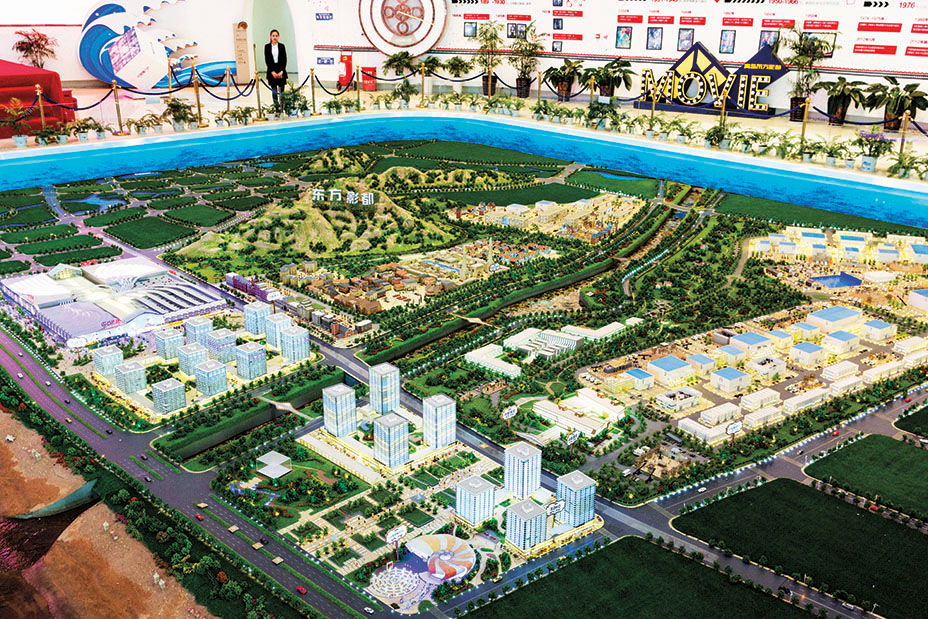 We then cruise to the perimeter of the completed zone — “If we were at Warners or Paramount, we would have circled the full lot already,” my guide notes with what seems like still-authentic awe — and peer into the chaotic, clanging construction site next door, where Wanda is building 15 more stages (including the big one), along with China’s largest outdoor and indoor underwater stages. It’s all scheduled to be up and running in time for a grand opening in August 2018 to coincide with Dalian Wanda Group’s 30th anniversary.

But, of course, there is more. Much more. Those earthmovers are at work on 221 acres of backlot, and a planned phase two has been designed to add to those 15 stages over the coming years, bringing the total up to 45 stages comprising nearly twice the square footage of Universal, Hollywood’s biggest filmmaking facility. 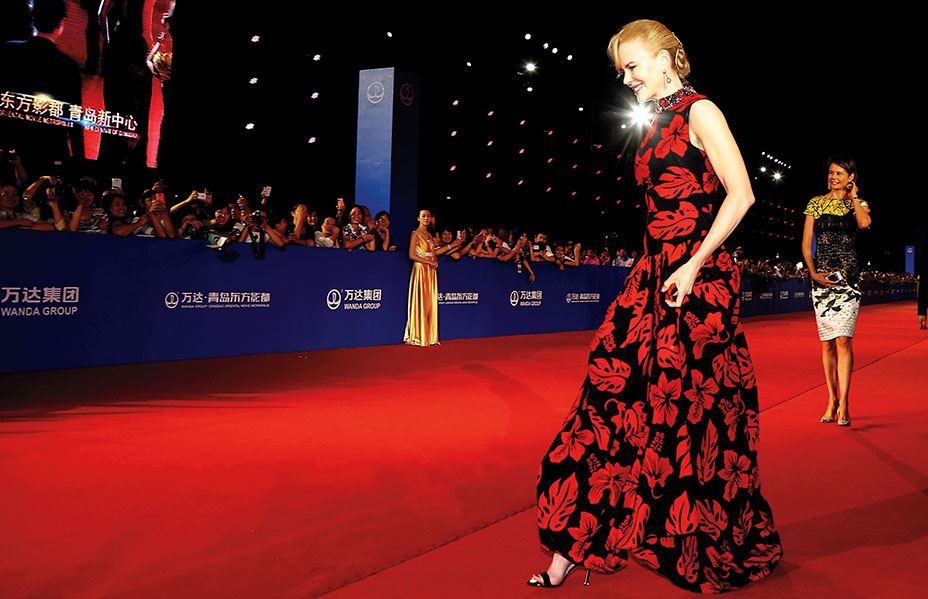 In addition to its sheer size, Wanda Studios, which is a one-hour flight from Beijing (direct from L.A. takes 12 hours), also will offer a 40 percent production rebate for qualifying film and TV productions.

The facility is the centerpiece of a much larger real estate development called the Qingdao Movie Metropolis. The title isn’t hyperbolic: Wanda effectively is building a city from the ground up — at an expense exceeding $8 billion. Residing atop Wanda’s newly reclaimed artificial island will be luxury hotels, restaurants and bars, upscale condos, Asia’s largest theater, an international hospital and even a school. Next to the studio on the mainland are more condos, a convention center, a shopping mall, four indoor theme parks and on and on. Wanda is calling it the largest mixed-use entertainment development ever.

Back in the Qingdao city center, in the studio’s temporary offices, I meet Wanda Studios COO Patrick Dempsey, who came to the company with more than two decades of experience running Hollywood studios, most recently as a vp at Sony Pictures Entertainment. (Wanda also has spared no expense in recruiting veteran management.)

“This project never would have happened in Los Angeles or anywhere else; it’s staggering,” says Dempsey. “We’re at that launchpad phase now,” he adds, looking out his window at the skyscrapers around Qingdao harbor. “We just need a few successful projects to prove that everyone can have a smooth, comfortable experience here.”

I then ask Dempsey for an example of something new and exciting made possible by building from the ground up — with Wanda’s seemingly bottomless budget.

“You know everyone’s biggest complaint at work back in L.A.?” he replies after a pause. “Parking.”

“That won’t be a problem here,” he notes. “We have plenty of elbow room in Qingdao.” 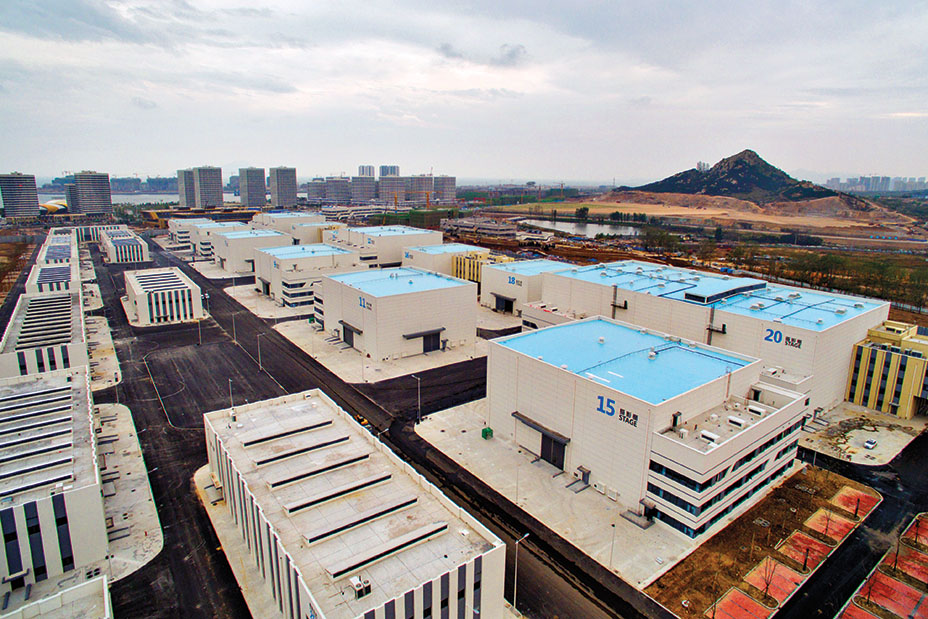