Quentin Tarantino spent years — more than five, he says — writing Once Upon a Time in Hollywood, his revisionist look at Los Angeles in the year 1969. So when it came time to present the words he put on the page to actors in order to get the movie made, the filmmaker invited A-listers Brad Pitt, Leonardo DiCaprio and Margot Robbie to his house.

They could read it in privacy while he could protect his shock of an ending from getting into the wrong hands. Tarantino then took a different approach in casting the rest of the actors, particularly those roles he needed to fill for his cast of Manson Family members. Though the bulk of the two-hour-and-45-minute film centers on DiCaprio as TV star Rick Dalton, Pitt as his stunt double Cliff Booth and Robbie as Sharon Tate, Tarantino weaves in another storyline involving multiple members of the Manson clan.

At the film’s red carpet premiere in Hollywood on Monday, The Hollywood Reporter asked some of those actors (as well as the man who plays Bruce Lee and the pint-sized child actress who goes toe-to-toe with DiCaprio) about their audition process, and several described it as one of the most exciting — if not the most unconventional — experiences of their professional careers. For some, it lasted all day; for others, it included creative projects like painting and personal writing. And then there’s 12-year-old Julia Butters, who found her way to the set after Tarantino spotted her on a network sitcom.

Austin Butler
“I didn’t know [what character] I was auditioning for, so I came in a denim shirt. I was doing a play in New York and basically Quentin said, ‘I want you to put yourself on tape for this bad guy and the good guy.’ It was for two of the characters in Lancer. So I put myself on tape for both of those roles, sent those in and he liked it. And then he wanted me to fly out on my day off, which was Monday. I went straight from the theater to the airport, flew to L.A., basically slept for a couple hours and met with Quentin all day. We did a series of scenes. I was there for about 12 hours and he gave me the job that day so that was pretty surreal. Then I went straight back to New York and straight back to the theater. … The mantra that Quentin has on set is that once you get the take you want, we’re going to do one more and you know why? Because we love making movies and everybody screams it. That’s the essence of the soul on set. He’s created such a wonderful family of people. He’s just a genius.” 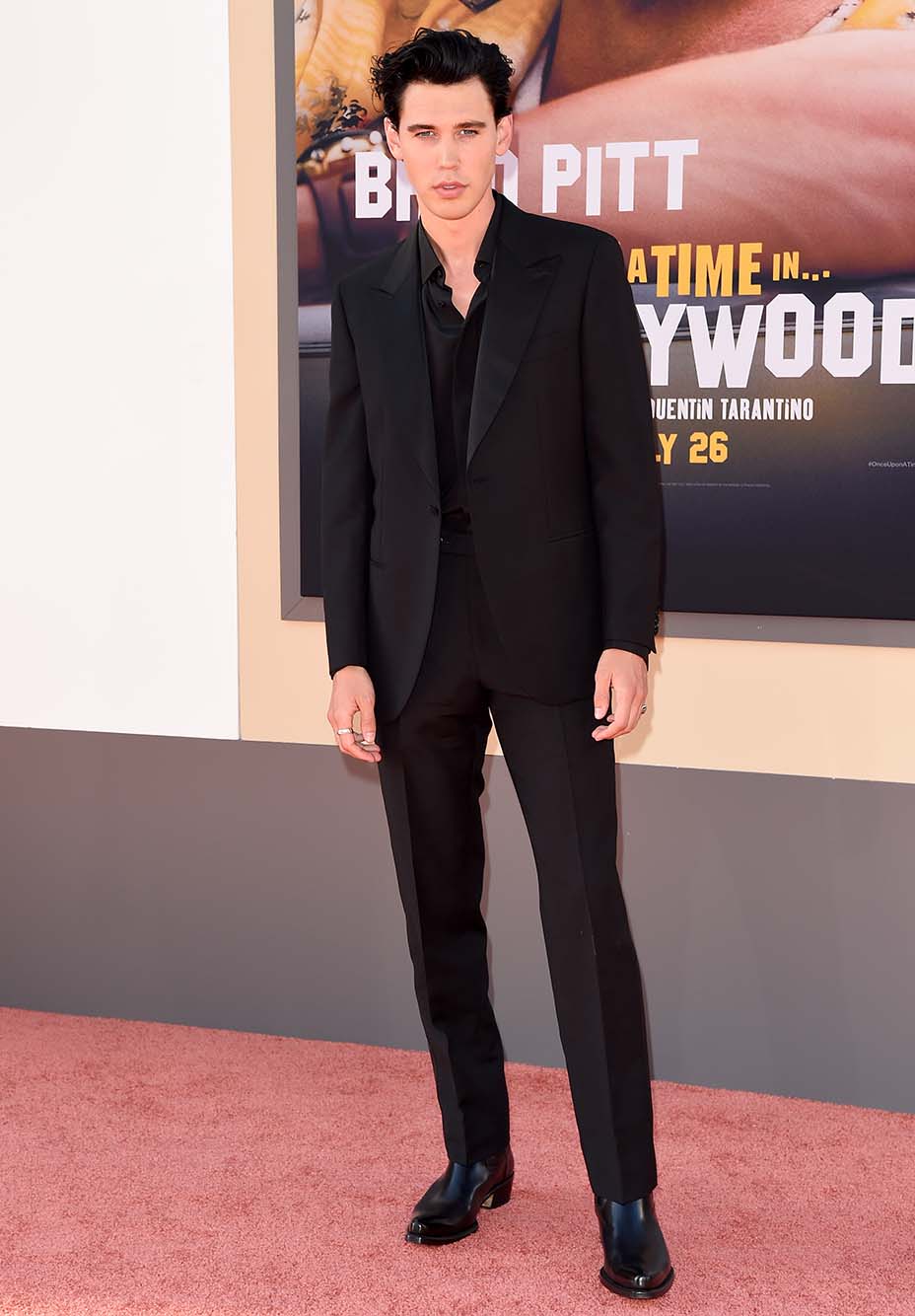 Harley Quinn Smith
“I had a week from the time I found out until my audition. I went MIA that entire time, stayed in my room and watched every single documentary I could find on the time period. I read as much as I could. It was such a crazy and unconventional audition experience. I got to write some of my own audition material, which was definitely the coolest thing I’ve ever done. I’ve never worked with a director who knows exactly how he wants everything — how he wants it to sound, how he wants it to look, how he wants it to feel. [Tarantino] is so visual. Most of the time you get to set, you collaborate with the director and that’s really awesome, too. He’s had this vision in his head for years, and this is what it is and this is how we fit into this huge puzzle that he’s created.” 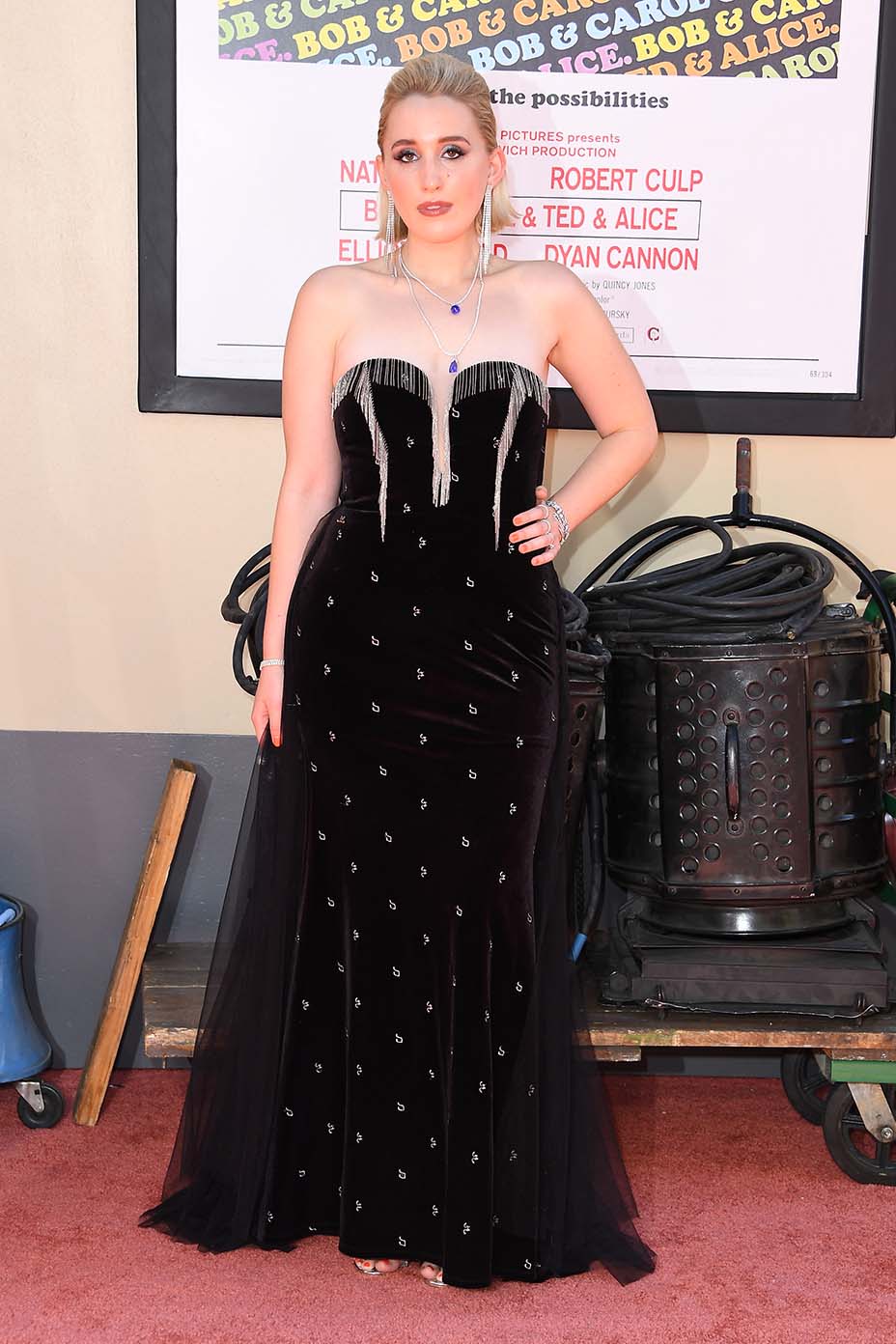 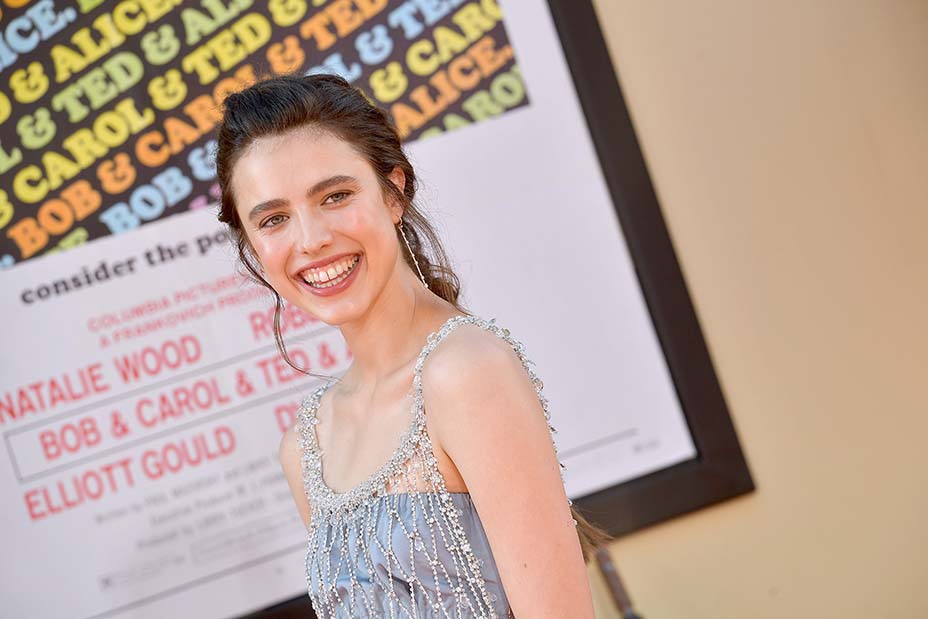 Maya Hawke
“I got an audition for the project through the normal channels through my agents. I did an audition in my bedroom with my dad [actor Ethan Hawke]. We sent in the tape to Quentin and I got a callback. He actually organized a really amazing callback process that was unlike anything I’ve ever been through … except for maybe auditioning for drama school. It was all day. We worked on the scene in many different ways and in many different combinations of people and eventually he found a group of people who were doing the scene in a way that he liked. And then everyone went home and people got the call.” 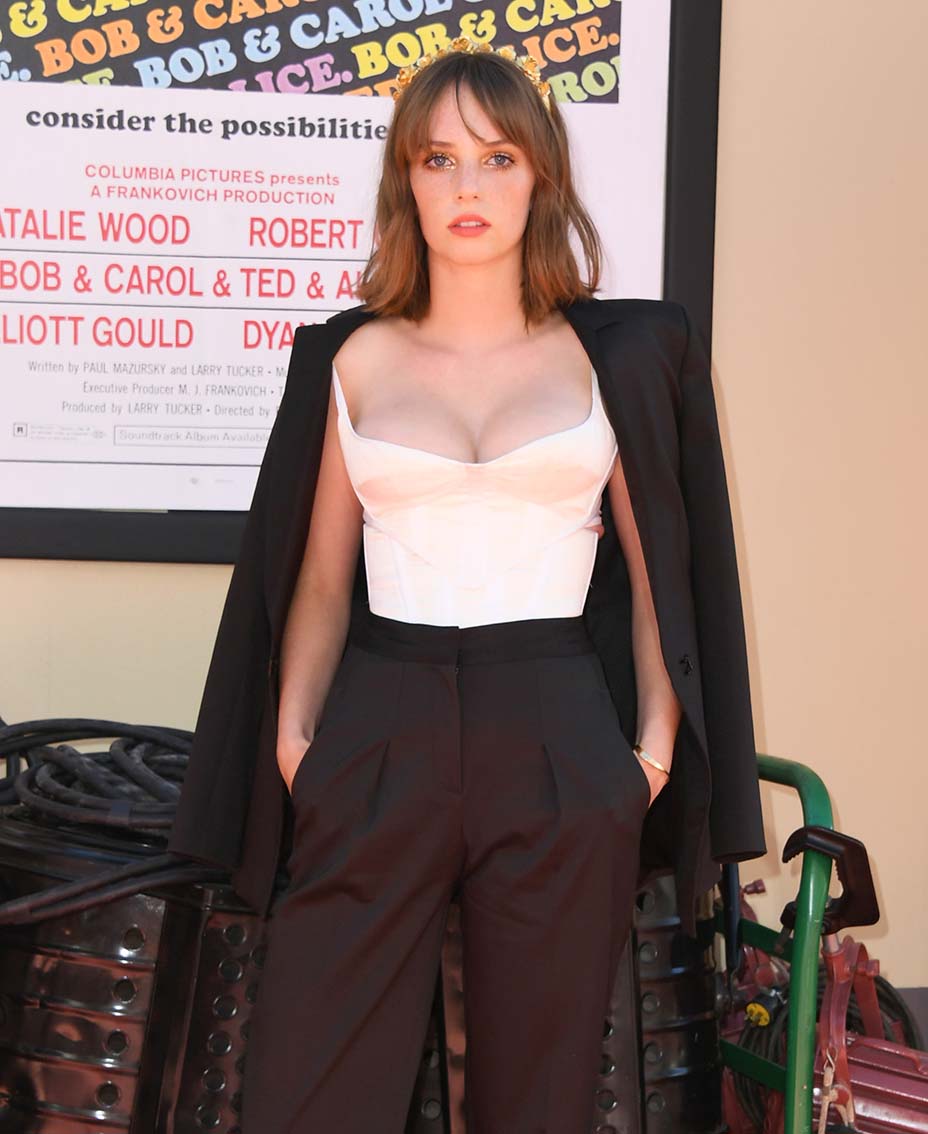 Rumer Willis
“I auditioned for two different roles actually and I didn’t necessarily fit in either role in Quentin’s mind and so then I thought, ‘Okay, well, at least I got the chance to audition.’ I felt so grateful. Then three days before my 30th birthday, I got the call that they would love for me to play this part. I said, ‘Whatever it is, sign me up.’ This level of integration that he has with everyone on set, he’s talking to everybody. Some people can view it as perfectionism, but for me, I love how detail-oriented he is and how involved he is. He’s right behind the camera, so he brings himself into it and if he needs to change or fix anything, he’s right there.” 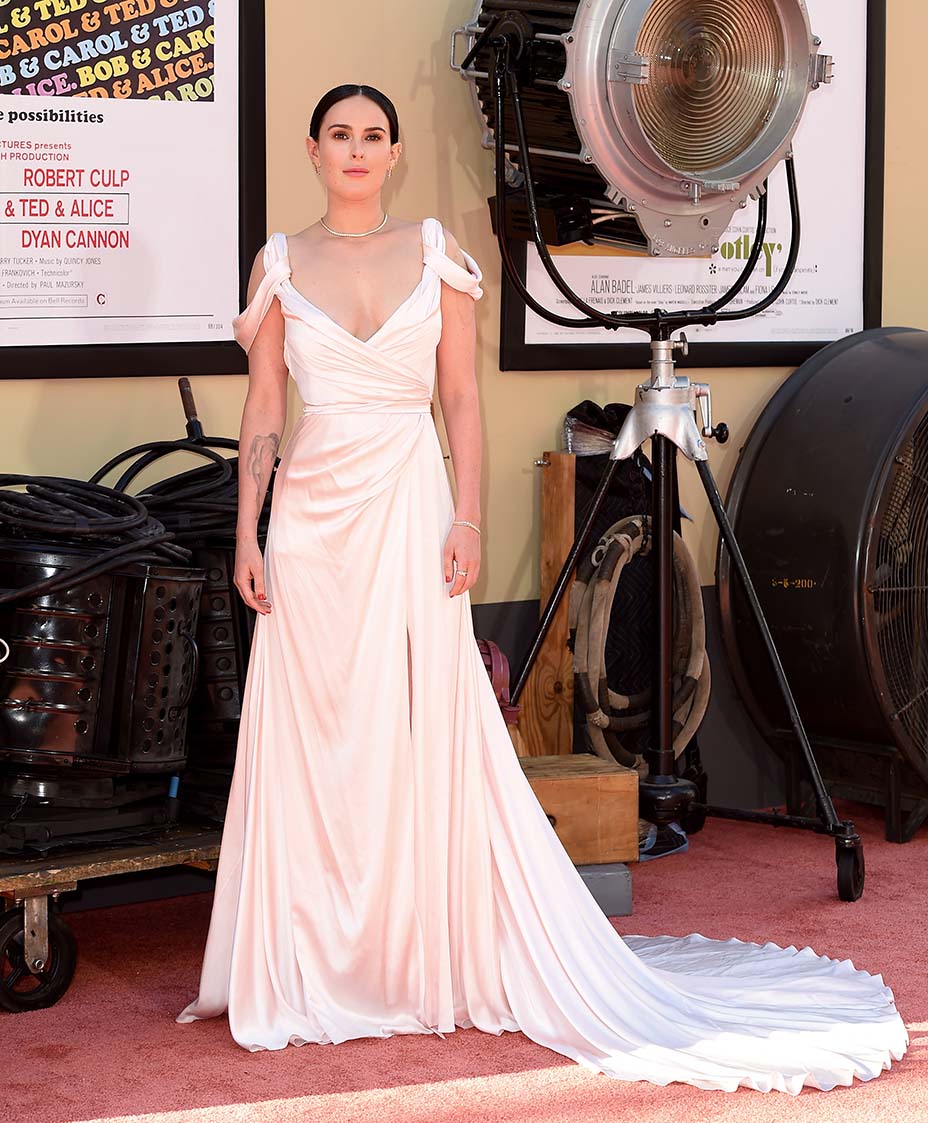 Sydney Sweeney
“It was the most amazing audition process. When we got the sides, they sent two characters out and everybody auditioned for the same character. They said that we could do extra credit without elaborating on what that extra credit would be, such as write your own monologue. Some people made artwork for Quentin. I wrote a letter in character. We ended up getting callbacks and it was this workshop collaborative experience with Quentin at his office that lasted for six hours. It was the coolest experience ever.” 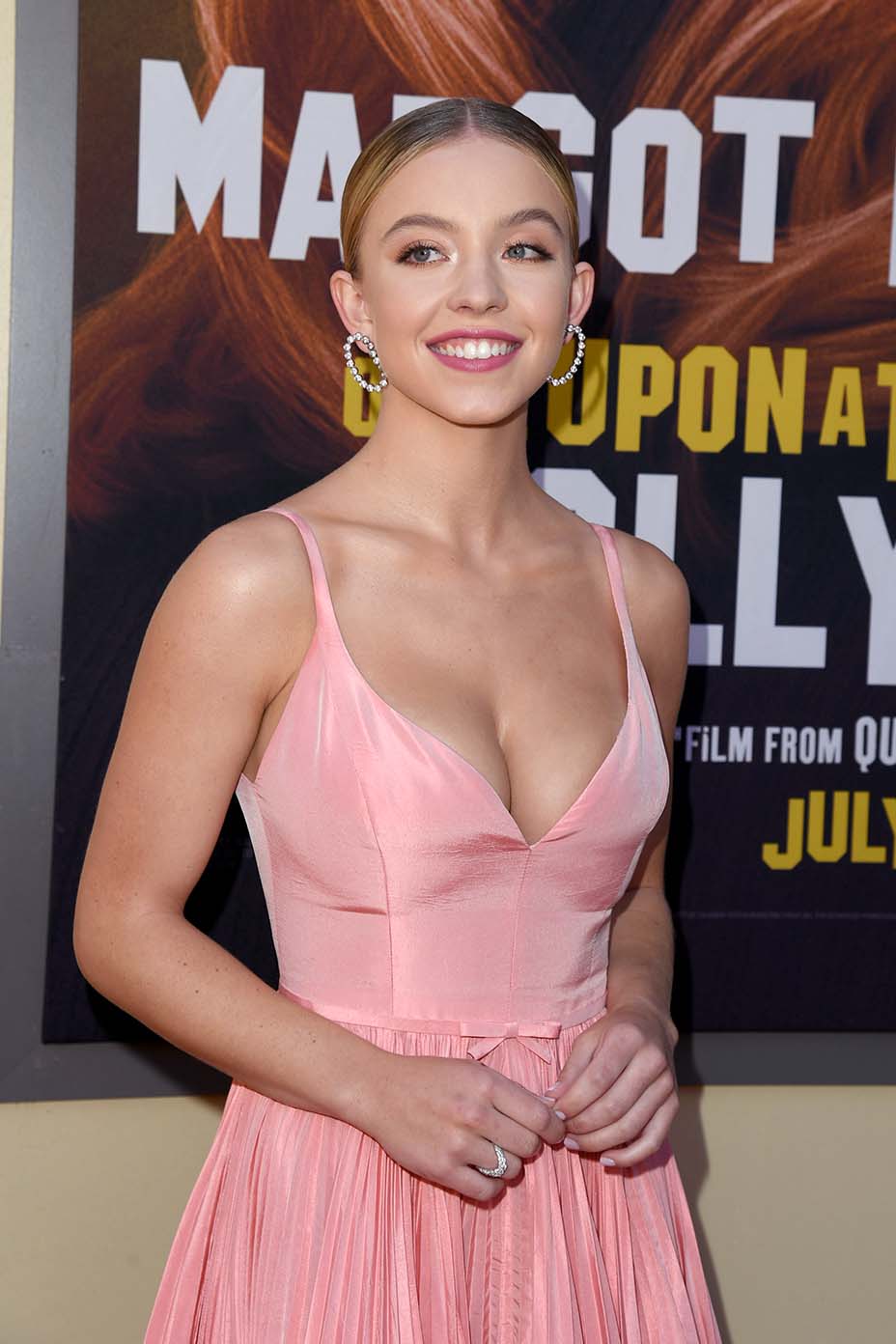 Mike Moh
“The pressure doesn’t come from dictatorship energy, it’s because [Quentin] is so committed. He is 110 percent prepared, and I think it’s right for him to expect the same from everyone, no matter the department. That’s why he is who he is. That’s why everyone who works for him loves it, is loyal and keeps coming back.” 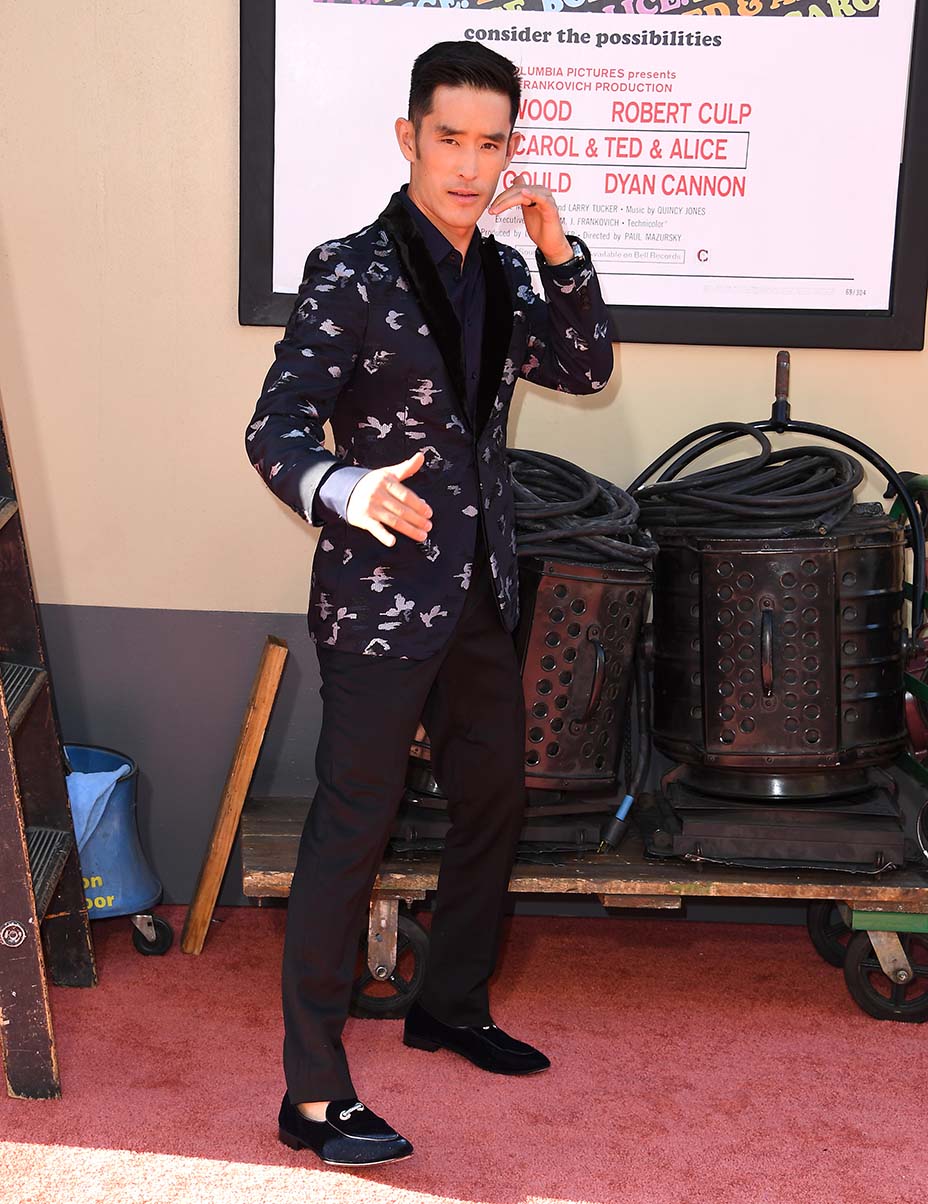 Julia Butters
“It’s a funny story. I’m on this family sitcom called American Housewife. Quentin likes to have the TV on in the background while he’s writing and I happened to be on TV while he was writing my character. He looked up and saw me and said, ‘Maybe she can try this.’ I’m so happy that the TV was on at that time and that moment because if it hadn’t, I wouldn’t be in the movie.” 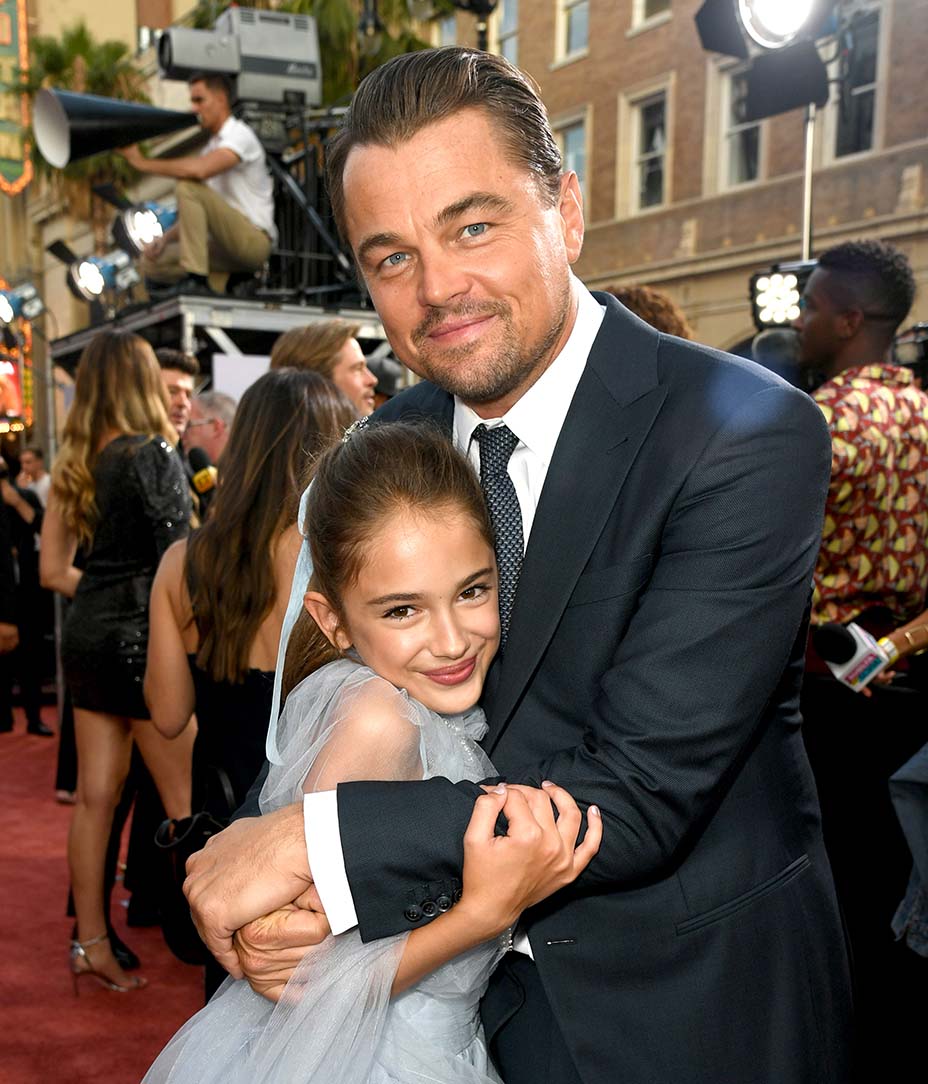 Box Office: Can 'Once Upon a Time in Hollywood' Deliver an Original Adult Tentpole?