From military-inspired camo jackets and berets to daring, breast-framing harnesses, femininity in all its forms, as seen at the Women’s March in Washington, D.C., on Jan. 21, was the inspiration for Rachel Comey’s fall 2017 collection.

The New York designer is beloved by cool girls Rashida Jones, Lake Bell, Maya Rudolph and more who were on hand to celebrate Tuesday night when Comey brought her fall 2017 show to Los Angeles for the first time, hosting a dinner at the Hauser, Wirth & Schimmel gallery in downtown’s Arts District. 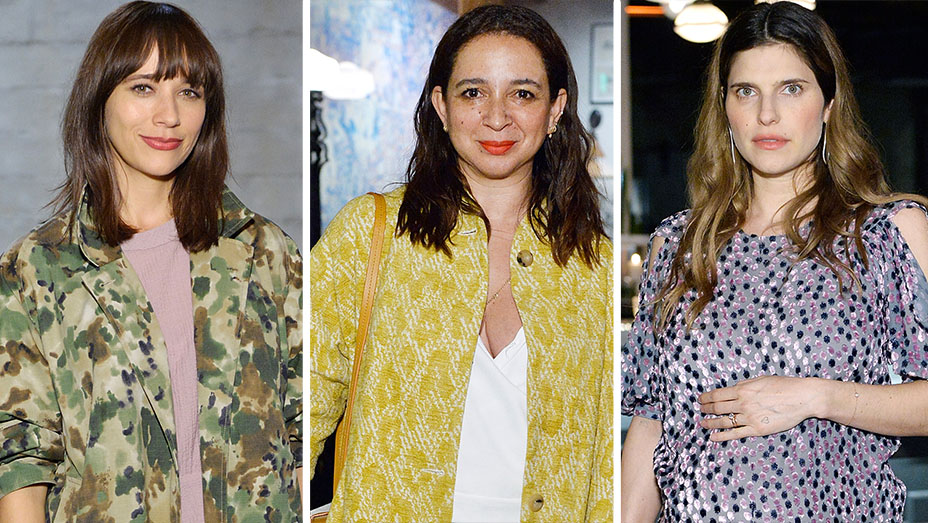 Drizzle added to the dreamy atmosphere as models wound their way around the dinner tables, which had been decorated with centerpieces of colorful California grapefruits, oranges and lemons.

Comey said the Women’s March in Washington was her first experience being an activist. After one of the founders reached out to ask if Comey would dress her, the designer did that and more: She ended up rallying nearly 60 other fashion businesses to promote the march on social media and help charter buses to DC. Comey also made 60 jackets worn by attendees, with the slogan “Si Vales, Valeo,” meaning “If you are strong, I am strong.” The jackets were so popular, she’s now included them in her collection, with 10 percent of proceeds from the jackets going to charity.

Of the fall 2017 range, she says, “For so many years I’ve been designing some version of an androgynous look for real, working, creative people. Suddenly, I wanted to switch that to be more aggressively feminine with beading and exposed breasts.”

Setting the tone, Bond started out by with a nod to the turbulent times, telling the well-heeled crowd that “glamour is resistance.” That was certainly the case on and off the runway. 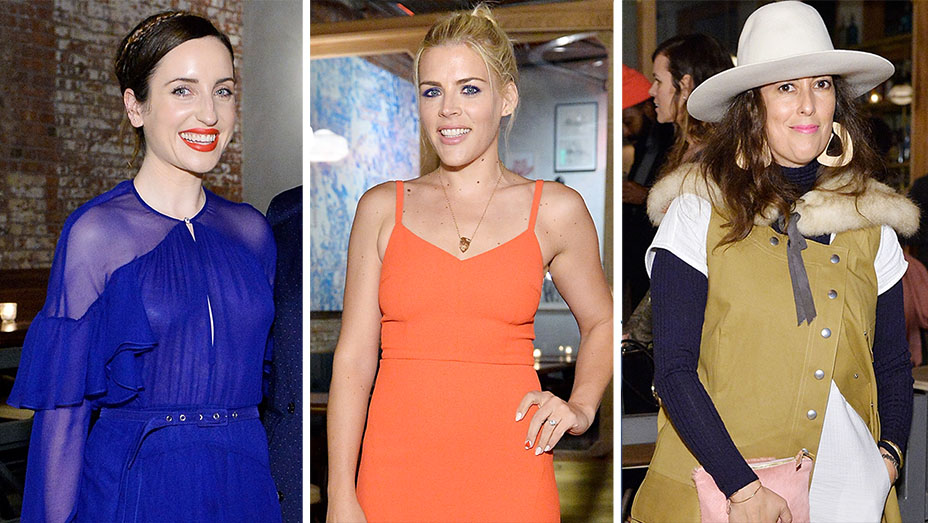 “I spent thousands of dollars on Rachel Comey before she and I became friends,” said Busy Philipps, wearing a bright orange, body-skimming Comey cocktail dress. “She’s always been my go-to for shoes and booties and jeans … she knows how to make a girl feel fashionable and cool, but also like you can still go to be a mom and go to the bus stop.”

“I wore her shoes and one of her bags in my film Band Aid,” said Zoe Lister-Jones. “It’s a nice Easter egg for fashion women in-the-know.” The actress didn’t expect freebies. “I bought it,” she said. “I like to support, and her store on Melrose Place with the tapestries in the dressing rooms is my favorite place in the world.”

Raindrops pouring in at @rachelcomey presentation at Worth and Schimmel in LA.

After the Meyer lemon mousse was served, the rain picked up, but no one was in a hurry to leave the company and the conversation. When they did, the parting gift was a soft baby-pink scarf and a “Fashion Stands With Planned Parenthood” pin.