After focusing on haute couture since its launch in 2007, Ralph & Russo is ready to expand into ready-to-wear. Its collection debuted Friday night during London Fashion Week.

“We wanted to reinterpret the classics — the classics of the brand and the classics of a modern woman — and really what women have as staples in their wardrobe these days,” creative director Tamara Ralph tells The Hollywood Reporter backstage about what she and the brand’s CEO, Michael Russo, hoped to accomplish with their first pret-a-porter line, which consisted of 49 looks. “It was all about a softness mixed with more hard elements, both with color and fabrications.” 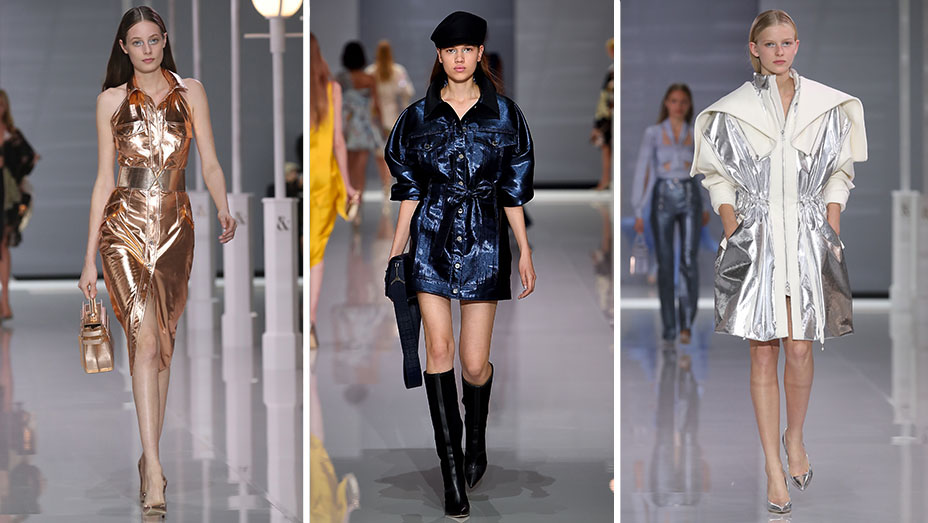 That translated into several utilitarian-minded looks, including metallic silver and cashmere parka coat with detachable sleeves and hood; a rose gold metallic silk-crepe cocktail dress featuring bespoke crest buttons; and an oversize military-style denim coat with a metallic blue shine. On the softer side, there was a white cocktail dress covered in layers of burnt ostrich feathers; a khaki parachute jumpsuit in satin; and a sheer sky blue trench coat with removable pockets.

The British fashion house, which currently has 300 employees at its atelier in London and plans to open four stores in the U.S. this year, decided to expand to RTW following requests from customers asking for more affordable options. 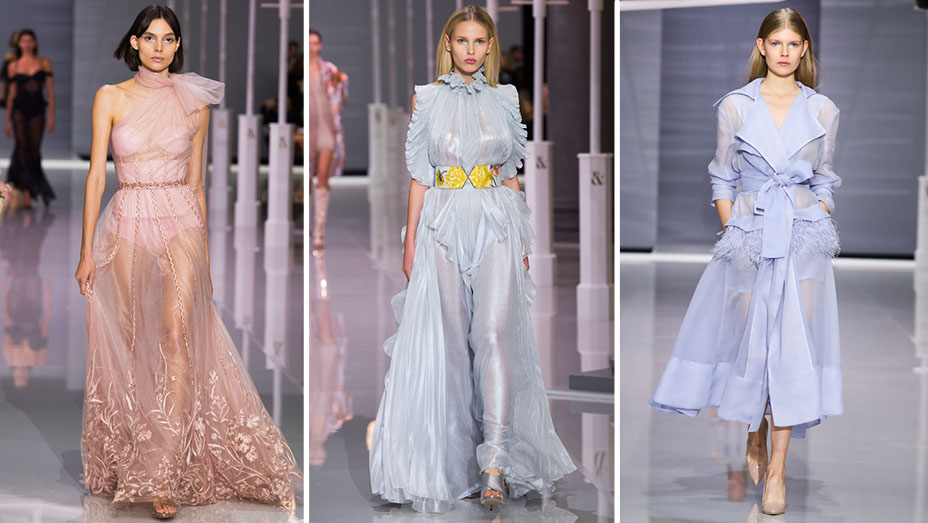 Angelina Jolie already got the chance to wear one of the dresses in black (the runway version was in mustard yellow) on the step and repeat at the Toronto Film Festival before the piece even hit the runway. According to the founders, Jolie was one of Ralph & Russo’s earliest supporters. Said Ralph: “We thought, ‘Who better to wear the first ready-to-wear piece than her?’ “

Given the number of celebrities — including Rihanna, Jennifer Lawrence and Zendaya — who have already worn the house’s couture creations, don’t be surprised if you see more famous faces wearing the RTW pieces too. The Emmy Awards are this Sunday, after all. 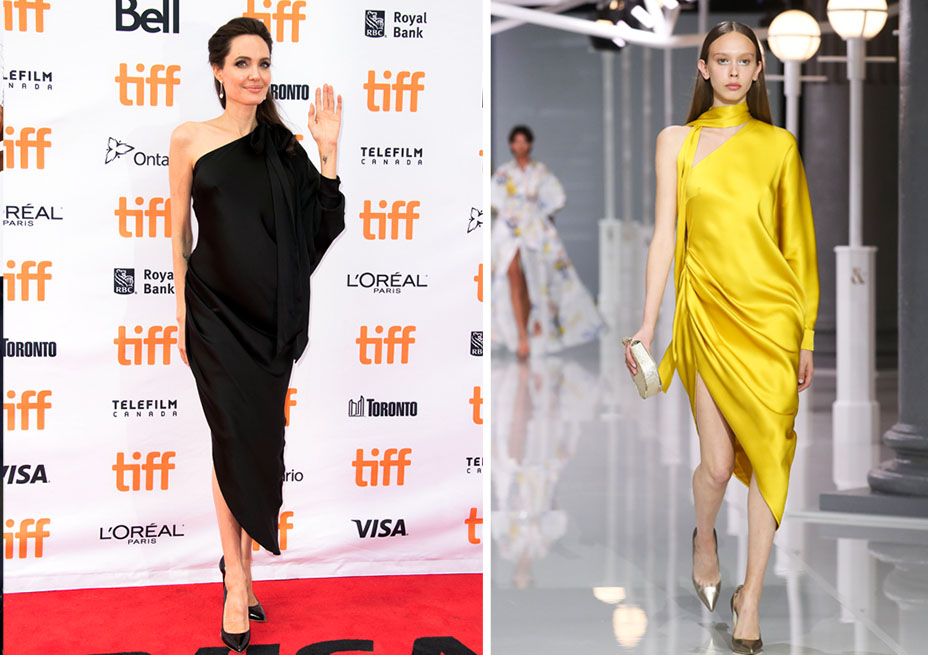