Rami Malek is best known for playing the twitchy coder at the center of hacker TV series Mr. Robot, but for his latest film, Bohemian Rhapsody, he transforms into Freddie Mercury, the frontman of Queen, famous for his confidence and charismatic and colorful stage presence.

The 37-year-old actor has already earned critical acclaim for his performance in the Fox rock musical, which traces Mercury’s rise to stardom leading up to Queen’s legendary reunion at Live Aid in 1985. Malek spoke to THR about how he learned to walk in a rock star’s shoes, what makes this film (which has earned north of $384 million to date worldwide) so timely and how he dealt with the unexpected exit of director Bryan Singer, who was fired before the film wrapped.

How did you end up getting involved with the project?

I had a six-hour meeting with [producers] Graham King and Denis O’Sullivan in Los Angeles. Denis had been watching Mr. Robot and I don’t know from how or why he thought that someone like Elliot, the debilitatingly socially anxious, profoundly alienated human being, was going to be the right decision to throw Freddie Mercury at. But I think when they met me they saw that I was, in fact, not Elliot Alderson. I never quite believed it. Walking out that door, I thought, “OK, this is Hollywood, you never know.” There’ve been other actors involved.

Did you immediately want to take on this role, or did you have any trepidation about it?

I’ll be honest: Immediately there was no reservation whatsoever. It was pure elation and euphoria. And then the reservations kicked in. What I knew I needed was time because you’re asking me to embody and encapsulate a human being who is, quite honestly, otherworldly. He is almost superhuman. He walks onstage with a cape and a crown, and he might as well be the Marvel character of rock stars.

What did you need to do to transform into him?

I asked Graham for singing lessons, piano lessons. And what I really knew I needed was to capture his spontaneity. The man’s not choreographed. Every time he steps out onto a stage, no one knows what he’s going to do, and that’s what I knew I needed to tether myself to. In order to do that, I realized, I can’t work with a choreographer, I need someone to help me with movement, someone to help me discover the impetus for why he does what he does. Why every flick of the wrist occurs with him in such an elegant, sometimes dainty and sometimes aggressive way, depending on his mood. I just had to find his humanity — what his conflicts were — and discover all the sides of him, because I knew there was more to Freddie Mercury than a man who holds an audience in the palm of his hand. But I had to get that down as well. 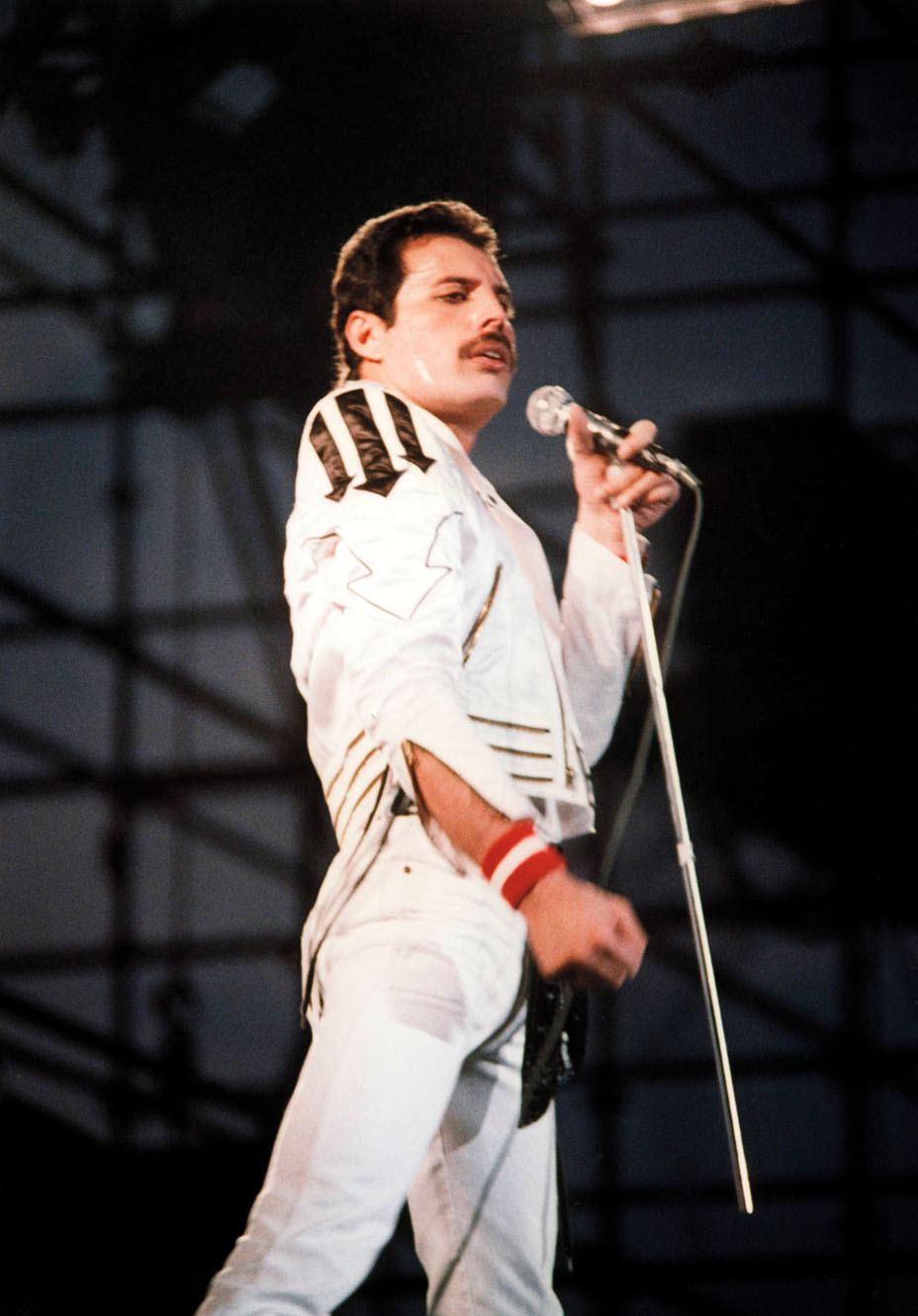 How much time did you end up getting to prepare for the shoot?

Almost a year. But here’s the other thing: I also had to go shoot the third season of Mr. Robot during all of that, which was quite a daunting task. I actually found a picture of Elliot Alderson with the teeth of Freddie Mercury the other day and it kind of made my brain explode. One cool thing, when we had wrapped season three of Mr. Robot, they knew within two weeks I was going to start shooting [Bohemian Rhapsody]. [Showrunner] Sam Esmail says, “Give me something.” So as we wrapped that day, I did a little spin in my hoodie and flipped my leg up in the air like a dancer. The whole crew erupted in laughter because they’ve never seen that out of Elliot.

When it came to costume, hair and makeup, physically what was the most important key to helping you find the character?

[Makeup and hair artist] Jan Sewell is a magician. She did Eddie Redmayne’s makeup for The Theory of Everything. She is a wonder and a gift and she got the look as close as she could. And then Julian Day put me in costumes for hours upon hours and I thought, “Rami, this is rehearsal time. You go in there and when you’re trying on clothes, you try them on as Freddie Mercury. Don’t just think what’s the most outlandish or audacious, think about what’s going to move well onstage. Think about all the elements of putting on a spectacle as he would.” So I would keep the makeup on that Jan gave me and sometimes a wig, sometimes a mustache and I used it as playtime. Everybody got a kick out of having this version of Freddie Mercury try on clothes for six hours a day. It was rehearsal because I thought this was an environment he would have been in.

I never got that impression. I will say this: They would love to deliver the entire Freddie Mercury story, but we have two hours. And in those two hours I know that those men want to celebrate Freddie’s life, and there was definitely a cognizant effort not to make this a hedonistic, salacious film. I think we all would have loved to show more of Freddie’s relationship with Jim [Hutton] toward the end of his life. That relationship is absolutely gorgeous, and if I had it my way, boy, would I love to tack on another hour to this film and fill in a few gaps. It’s never going to be perfect in fulfilling the story of a man who we could make countless documentaries about and countless miniseries about.

What about his life and who he was did you most want to show in the film?

Ultimately I think you have to shine a light on certain aspects of his life, to show how defiant he was as an artist and what stereotypes he destroyed. He, and the band, they brought down every convention of what music should be and how human beings should act in public. He’s a revolutionary in that he just refused to be segregated or marginalized in any way. I know there’s always going to be polarizing aspects to this film. There’s no way around it. You can do the other version of this film, but we needed to focus on a finite period of time and we always wanted to bookend the film with [the] Live Aid [concert]. So it provided some obstacles that were difficult to navigate. 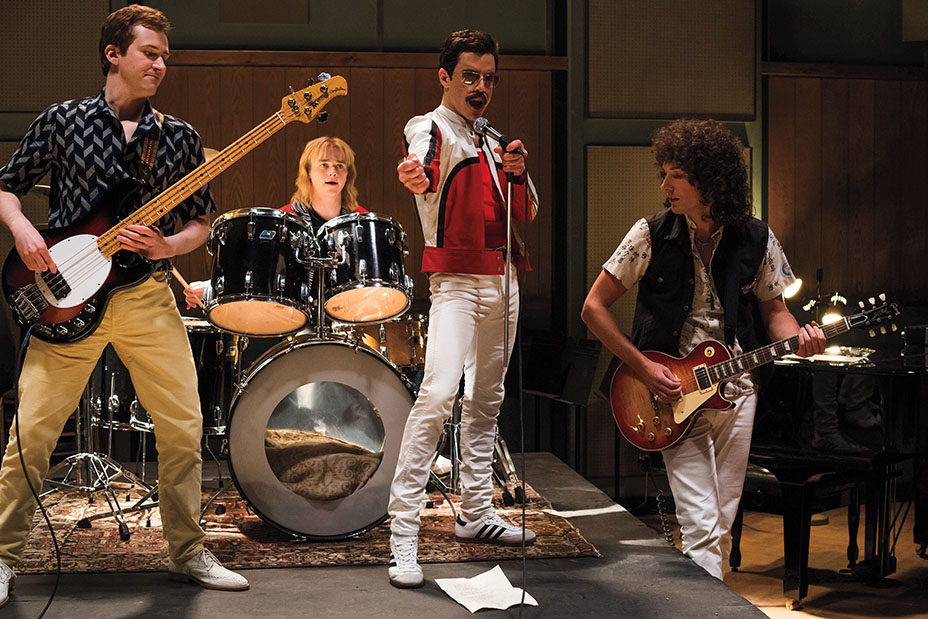 Do you feel like there’s any other part of this story that is especially timely for right now?

The word “revolutionary” comes to me all the time. I think he was someone who never hid who he was, but he didn’t want to become a poster child for anyone’s cause. He did things on his own terms and was true to himself. That’s what new generations will identify with, his defiant spirit. I think he’d like society today. People, they’re just so much more than their sexuality — it’s not a label that defines who a person is or who they’re going to be. For Freddie, he lived by his mantra and he didn’t want to be segregated or marginalized — just appreciated for his authentic self.

How did Bryan Singer’s exit from this movie while it was still shooting affect you as an actor?

Ultimately, I’m proud of the way I conducted myself throughout this film. I can say that every day I got up with the intention of honoring this man’s story, doing justice to it, and that put me in a position of leadership that I treasure. I learned so much from the experience, not only of obviously playing this man, attempting to fill his shoes, but you know, hopefully he would appreciate the way I approached persevering through every moment, putting myself in a role of leadership and taking on the weight of that as well. It was an evolution not only for me as an actor but as a human being. I hope that doesn’t come off as self-aggrandizing.