Rami Malek didn’t start out the season as a frontrunner for awards accolades. Fox’s Queen biopic, Bohemian Rhapsody, had been plagued by on-set drama, leading to the firing of its director, Bryan Singer, who has at the same time been embroiled in accusations of sexual misconduct.

But Malek’s transformation into Queen frontman Freddie Mercury won over audiences (the film has earned $833 million worldwide to date) and voters.

The 37-year-old Mr. Robot star began racking up the nominations and awards, taking both Golden Globe and SAG Awards honors for lead actor in a drama ahead of his first Oscar nomination. He even had a moment go viral when, onstage at the Globes, he tried to say hello to Nicole Kidman and was seemingly rebuffed. Malek took some time off from prepping for the next season of Mr. Robot to reflect on his wild awards-season rise.

Is there anyone you’ve met this season who has been a highlight for you?

It’s like I said up on that stage at SAG, that category is fairly astonishing, the group of gentlemen that I’ve been included with. So getting to hang out with them, well, not hang — you know, I’ve met a few of them for the first time, and I’ve known a few of them as well. It’s been … people always use the word “surreal,” but it is true. Who else? Obviously all the fun with Nicole Kidman was pretty hilarious, and I tried to laugh at all of that. I’ve known her a little while, and we did exchange emails about that event, so that’s funny.

What has it been like to see the world’s reaction to this film?

I knew almost immediately once I started preparing for this that something special was there. Whether that was going to come to fruition or not, I just knew for myself it was going to be a special experience. And I never took it lightly and never tried to anticipate what would be next. I just said, “Finish this.” And I’m glad that that was the perspective I had. And it was a real gift to be able to take this all over the world and gauge audience reaction to it, which has been quite a phenomenon to me. It’s been embraced by so many countries, and especially aggressively in Korea and Japan, in a way I just never expected. I knew the fan base for Queen is pretty massive everywhere, but you never know how they’re going to respond to a film about a band they love. I got my American Airlines miles back, and they said I had circled the Earth either three or four times.

How does the experience of making this film influence what you do next?

You know, I never, ever had the goal to look back and say, “I would love to have played a plethora of different characters.” I want to have moments with a few individuals throughout my career that I can look back and just really appreciate the stories I got to tell and the individuals I got to portray.

Would you say you have anything in common with Freddie?

Everyone has something in common with him, to be quite honest. I did a Q&A with [Queen bandmembers] Brian May and Roger Taylor, and they seem to think that there are a lot of similarities, which I find the greatest compliment. Because, you know, I’ve fallen in love with Freddie. I think there is a duality to so many of us working in this business. And it can sometimes be a roller coaster of emotions. So that I can definitely identify with. And I think the idea of setting out to accomplish what you desire, when perhaps the climate of the world is not in your favor, is something I can relate to in his story. 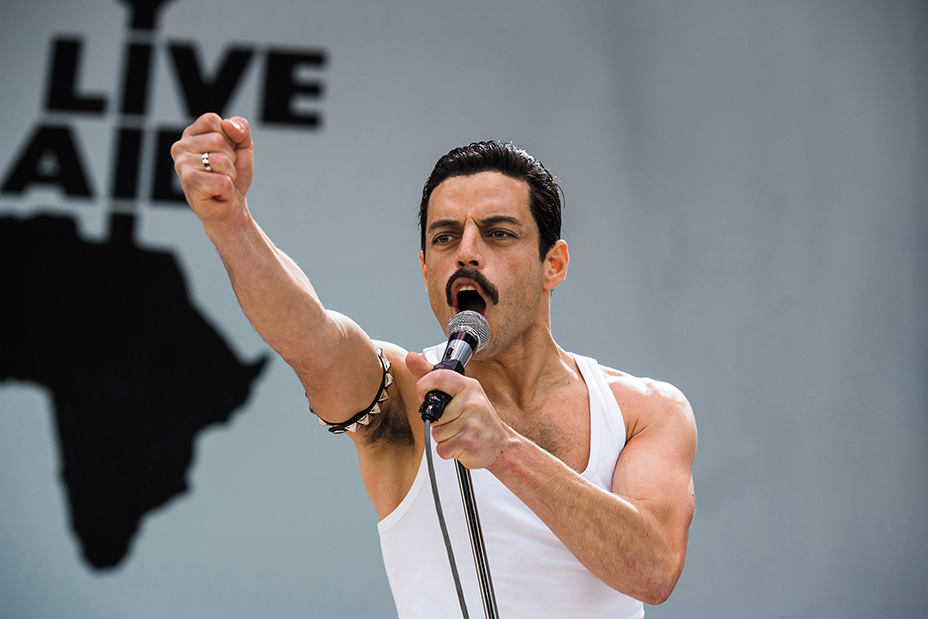 How did you come to understand his journey?

One thing I would look at early on was how otherworldly he was onstage, and I knew I had to demystify him if I was ever going to find a way to portray him in a way that felt real, that felt honest. I had to find the other — I would say almost a Clark Kent to his Superman. I just saw a guy who was born Farrokh Bulsara in Zanzibar and went to school in India. And by the time he immigrated to London as a fully formed individual, he’s still struggling to discover his identity. His name was Freddie Bulsara at that time, and eventually he became Freddie Mercury. He was an aggressively nonconformist person, and, I think, if it was hard to do today, imagine what it was like then. I’m first-generation American, and my parents never anticipated that I would choose this career. To see myself in this place at this time in my life is, it bears the tiniest resemblance to him. There is something there that I can relate to.

After this is all over, do you have plans for something to do to relax?

I’m just putting down my Mr. Robot scripts to have this conversation with you. So I’m going back into it in about a few weeks. The day after the Oscars, I believe we start principal photography. So, yeah. No rest at this point. It’s a moment, I think, that you can rarely expect in one’s life — if at all — so I’m going to appreciate it whether I rest or not. It’s a pretty momentous time in my life, and I’m just trying to savor every second of it.